designboom recently traveled to valencia, spain, to get an in depth look at the spanish ceramics industry. the trip began with a visit to cevisama, an international ceramics trade fair for architecture and interior design. it was a chance to see companies from all around the world feature their products and catch the latest innovative technology, green products and trends in the trade.

we then left the city and journeyed up to the mountains of alicante and then to the edge of the sea at benidorm, looking at renowned architectural structures that use ceramics to create identity, form and a sense of space to the surrounding landscape. but to fully understand the ceramics process, we went behind-the-scenes with two ceramic manufacturers; ceramica mayor, a company which specializes in the extrusion process of tile making and vives which has a focus on sustainability and the environment.

here is a video with highlights of the trip. 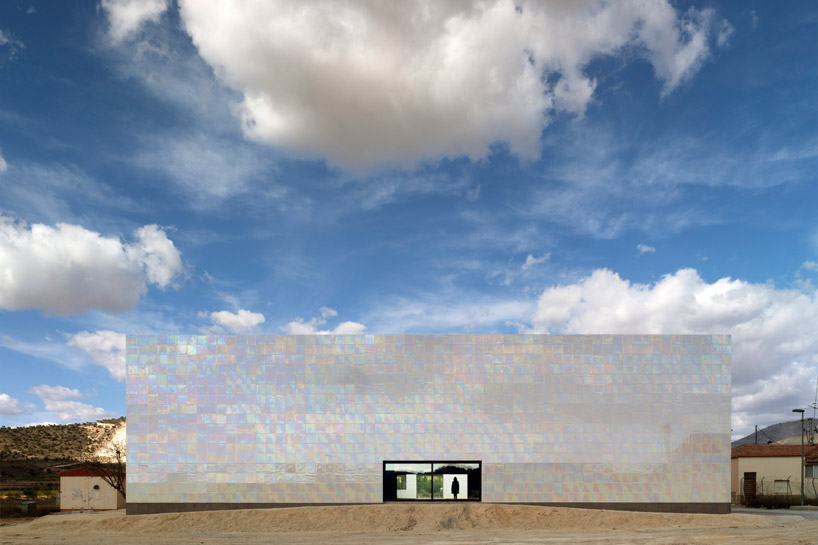 2012 tile of spain award prize winner in architecture, the muca auditorium brings together the world of music and culture in a small provincial town. designed by miguel rodenas and jesùs olives of estudio c o r, the centre takes its form from a refurbished former civil guard barracks, which has been empty since the 1980s. the building creates a recognizable and usable landmark in the town which previously lacked any new contemporary structure.

the facade uses ceramic tiles with a mother-of-pearl or rainbow effect that allows the exterior face to be continually vibrant and constantly moving. using a porcelain based material that was resistant to freezing and guaranteed for outdoor use meant the material had to be especially made for this project, undergoing several firing and glazing processes to achieve this finish. 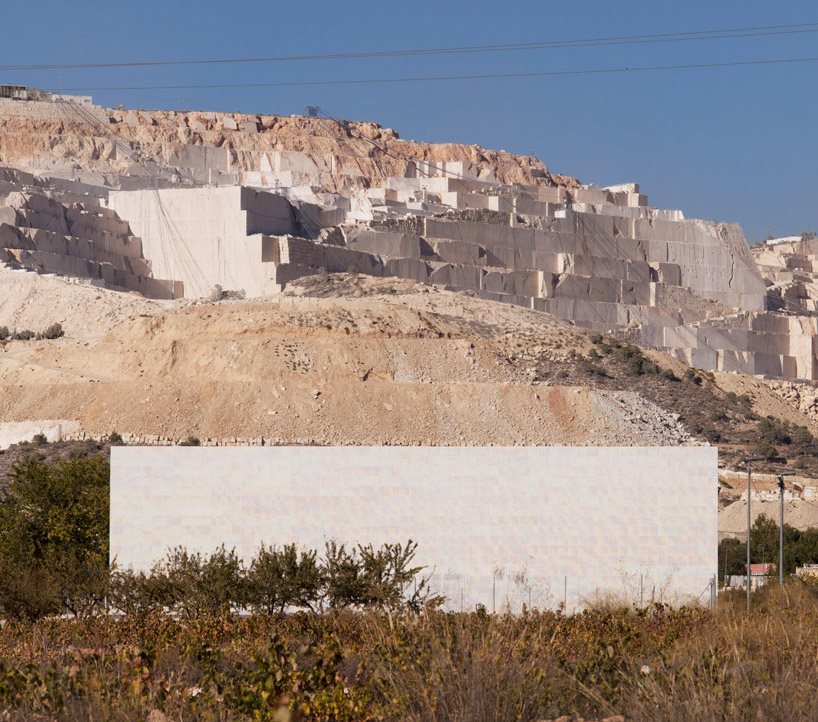 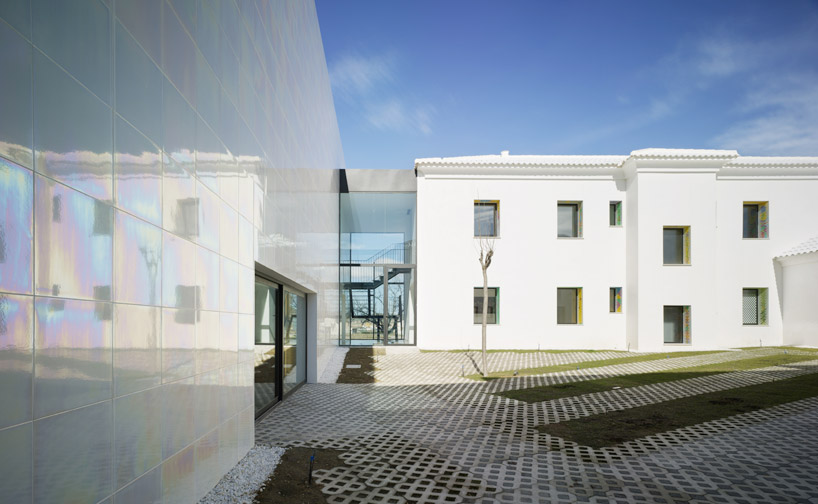 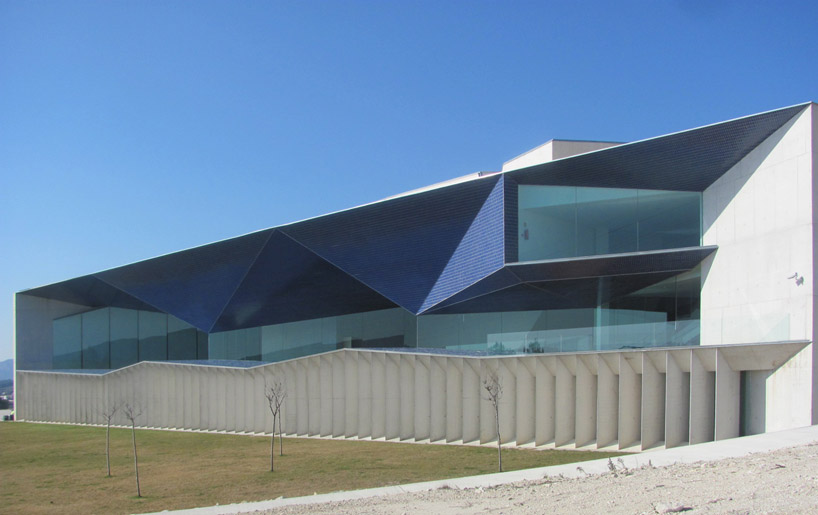 the teulada municipal auditorium received an honorable mention at the 2012 tile of spain awards. designed by patxi mangado of pamplona, spain, the structure acts as a symbol of unity as it is visible from the highest part of the town. the building’s inner auditoriums were designed to mimic the exterior terrain, descending down into the earth to create an open space at the front entrance. the construction and configuration of the deep facade is sculpted like a diamond, with intricate geometric spaces that act as a spatial link to the sea and distant landscape. taking into consideration the movement of the sun, the horizontal surface is clad in deep blue ceramic tiles which transform the building into an illuminated curtain of light. 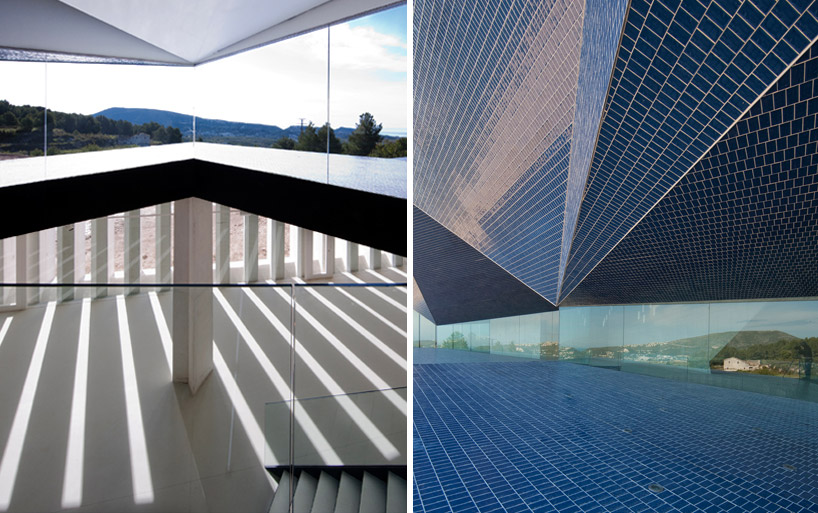 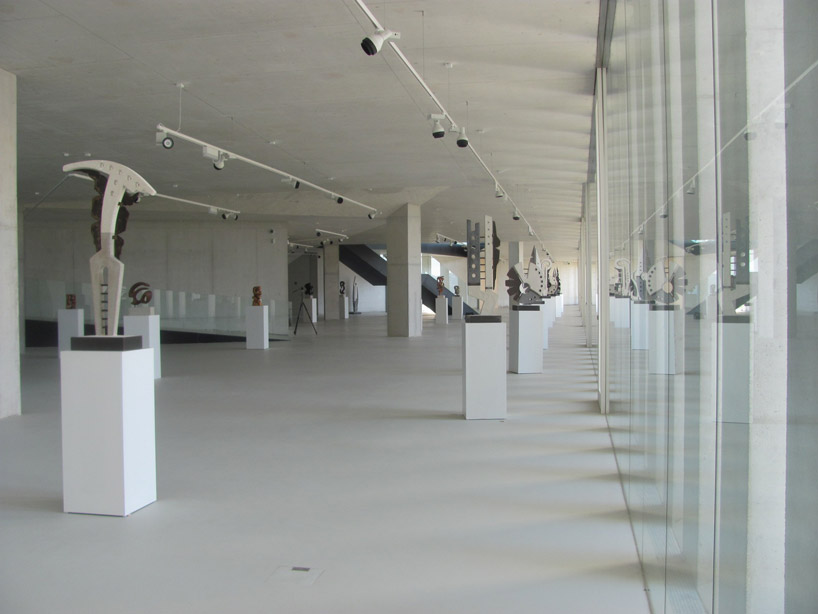 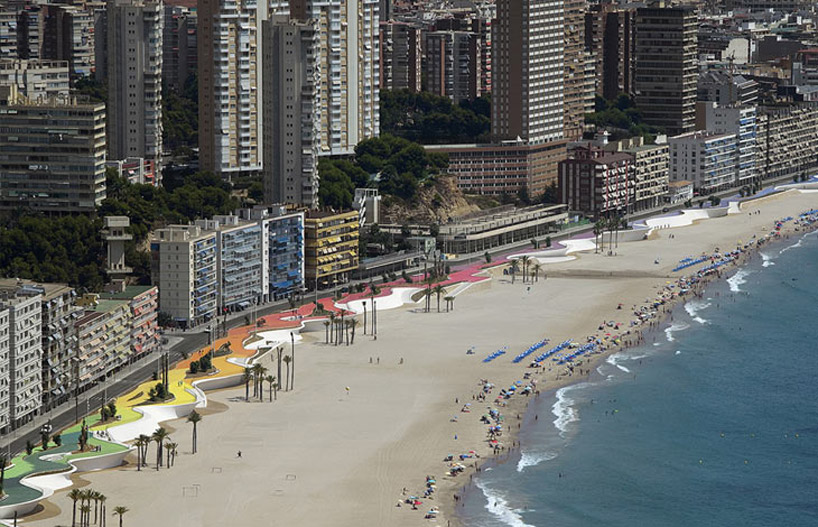 2009 tile of spain award prize winner in architecture, the promenade at benidorm beach in spain, designed by office of architecture in barcelona, acts as a transition area between the city, beach and sea. the urban space achieving a combination of several functional areas, a walkway, vantage point, rain water collection, beach lighting and urban furniture. the 3 km modulating form combines natural and technological elements into a single feature, which is reminiscent of a fractured cliff coming into contact with the waves and tides. a circular tile was designed using a palette of 22 colors to serve as paving that easily adapts to the topography of the promenade. 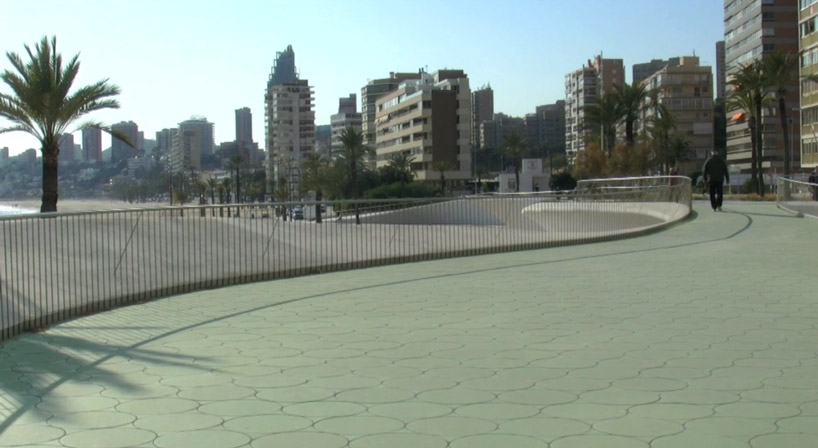 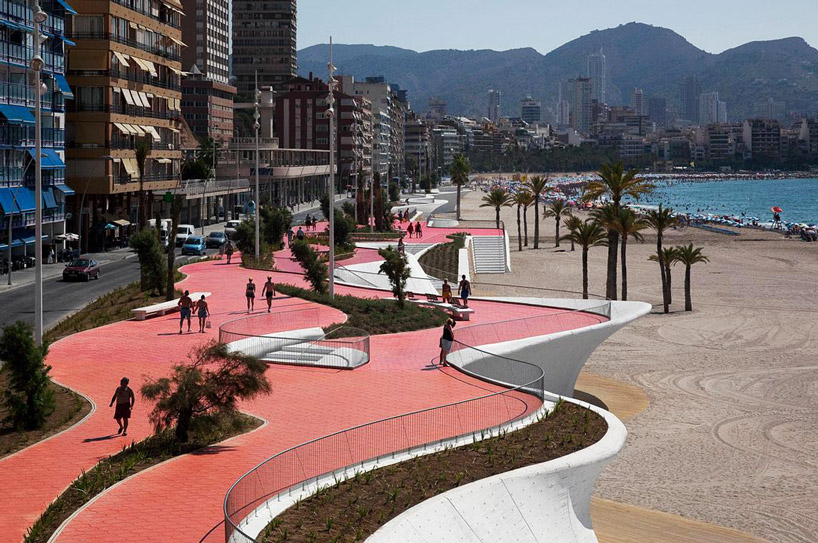 ceramica mayor is one of europe’s leading extruding clay manufacturers located in callosa d’en sarria, spain. the company has a long tradition in the production of floor tiles, made from both natural and glazed materials. in 2004 they expanded production into long format tiles ranging to 1.5 meters in length. to keep up with the market demands and maintain the high quality standard that is expected from architects and designers their process has been developed to facilitate recycling and energy saving strategizes. 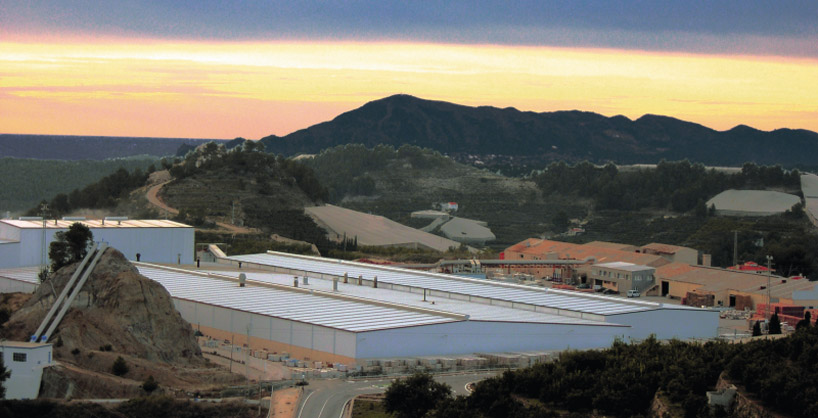 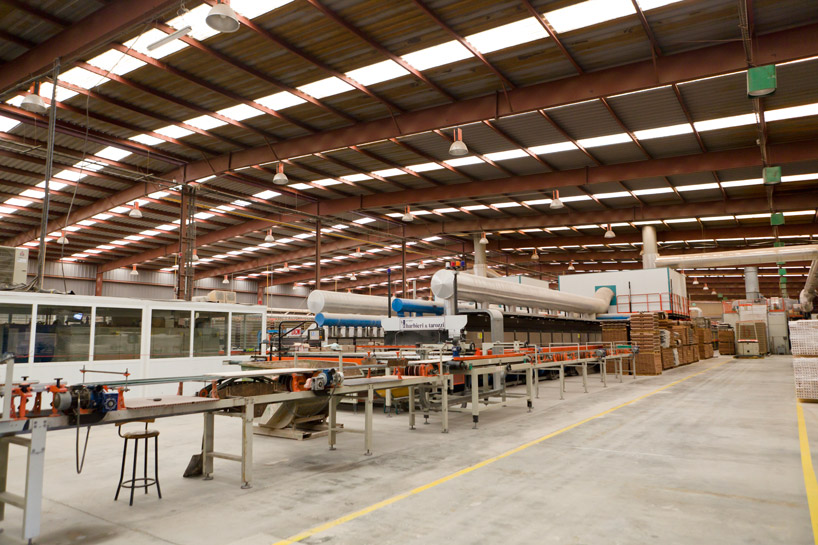 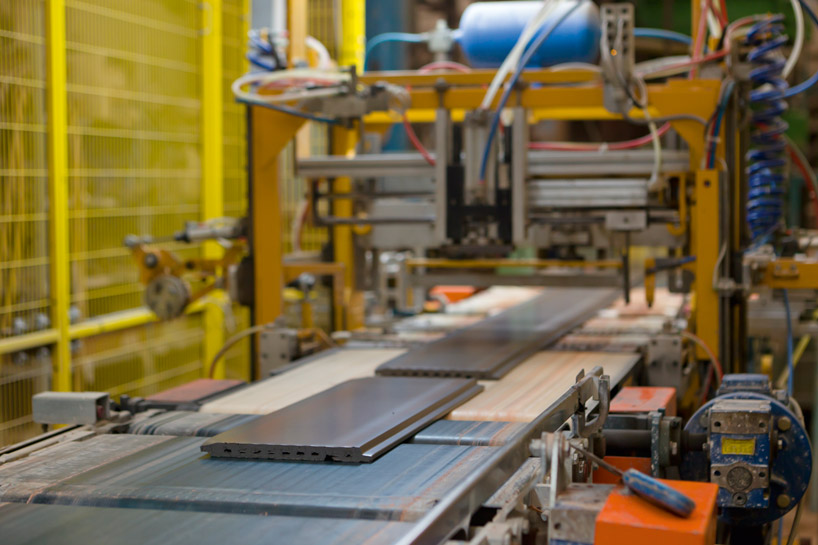