a solution to find an alternative to meat production in stockholm has been proposed by belatchew labs called ‘buzz building.’ in the year 2050 it is estimated that the earth will be populated by 9 billion people, and a question has been raised about how a sustainable food system that cultivates enough for everyone, without posing additional stress on the environment, can be designed. this project finds an answer in the form of insect protein. 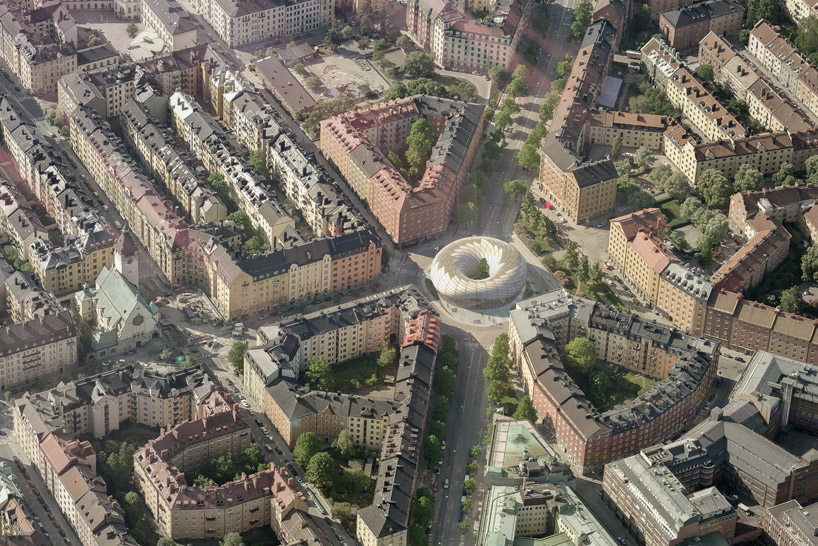 the buzz building within the context of stockholm

stockholm is expected to have 940,700 inhabitants by the year 2018. in order to make food from bugs corresponding to the inhabitants’ meat consumption, about 500,000 m² of farmable surface is needed. by placing insect farms in nine roundabouts throughout the city, the goal of making it self-sufficient in protein can be obtained. the design provides a habitat for crickets, offering 10,350 m² of farmable surface and integrates the entire development flow, from a small egg to a ready-to-eat condition. additionally, the construct is a safe haven for endangered, wild bees, which, apart from ensuring their continued existence, also turns stockholm into a blooming and fertile city. 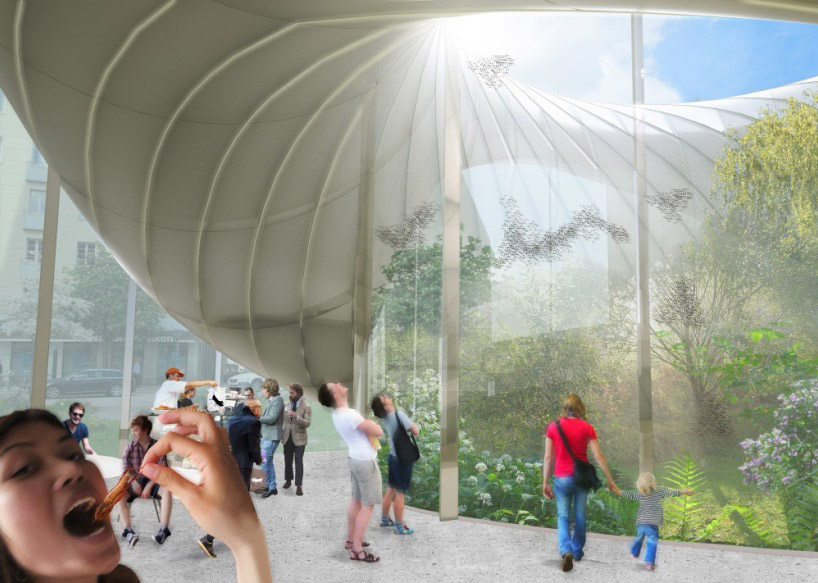 the main structure is a steel exoskeleton referencing the natural architecture of the six legged inhabitants. on the ground floor, there is a restaurant where the food can be prepared by chefs, sold by employees, and consumed by visitors. in contrast to the hidden processes of meat, the project invites the public to observe and participate, offering accessible knowledge about where their food comes from.

Aug 10, 2022
david altrath captures brutalist 'mariendom' church with crystal-like roof in neviges, germany
the roof presents an eye-catching folded shape, with many comparing its form to an iceberg, a crystal, a flower, or a tent.
architecture
158 shares
connections: +3090