resting firmly on the cutting edge of photovoltaic technology, the OPV (organic photovoltaic) array on display at the german pavilion for expo milano 2015 presents the pinnacle of german ingenuity. the ‘idea trees’, conceived by schmidhuber architects, symbolize how the ‘seed’ of an idea can grow into a reality. during the day, one can see the future of solar technology in the ‘trees’ canopies, while at night the covering is illuminated by the energy collected during the day: the duality of the stretched canvas serves to showcase the technology and its potential. developed by belectric OPV, a subsidiary of german solar powerhouse belectric, in collaboration with: carl stahl GmbH (installation), hager group (energy storage), U.I. lapp GmbH (electrical connections), merck KGaA (semiconductor material lisicon®) and with support from the german federal ministry of education and research.

for the reader unfamiliar with the chemical process behind photovoltaic technology, it is important to understand the following: when sun light strikes the front contact of the solar-cell it excites electrons into a ‘free’ state. these particles pass through a semi-conductive polymer and are absorbed by holes in an electron deficient substrata which creates an electrical current as electrons leave their excited state upon bonding. 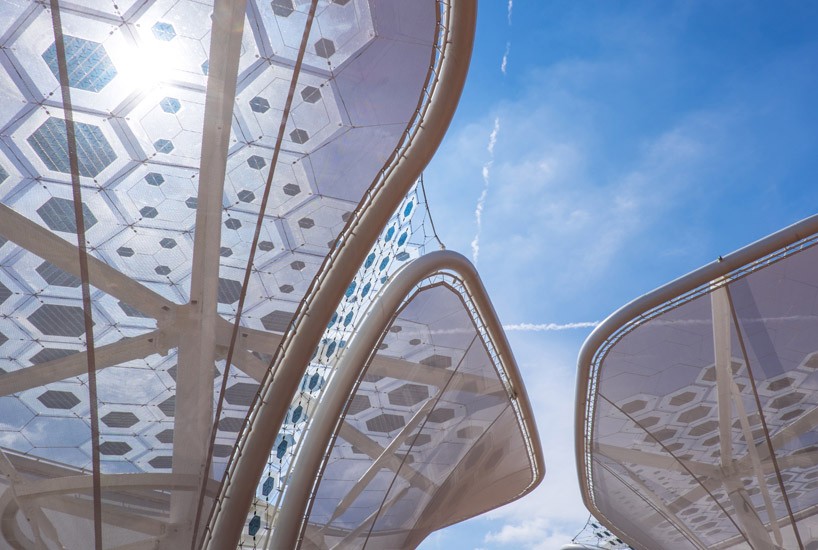 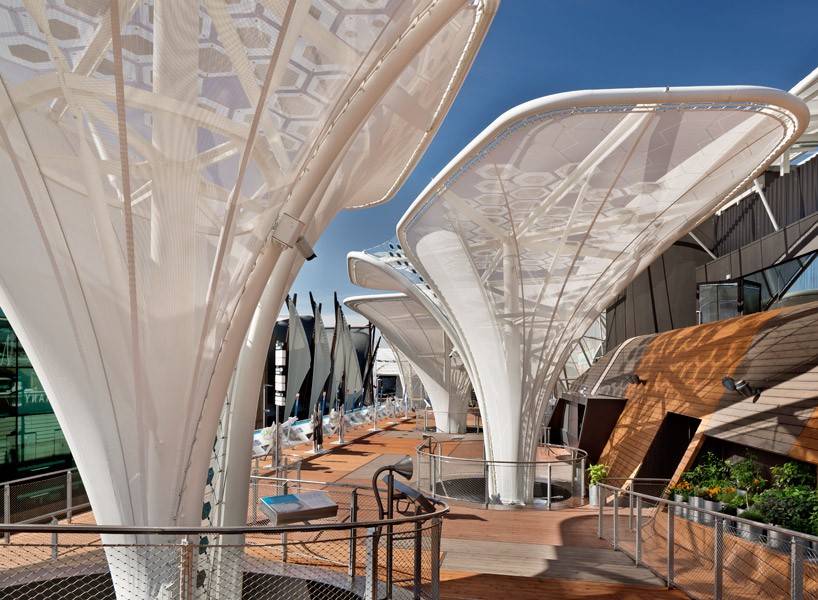 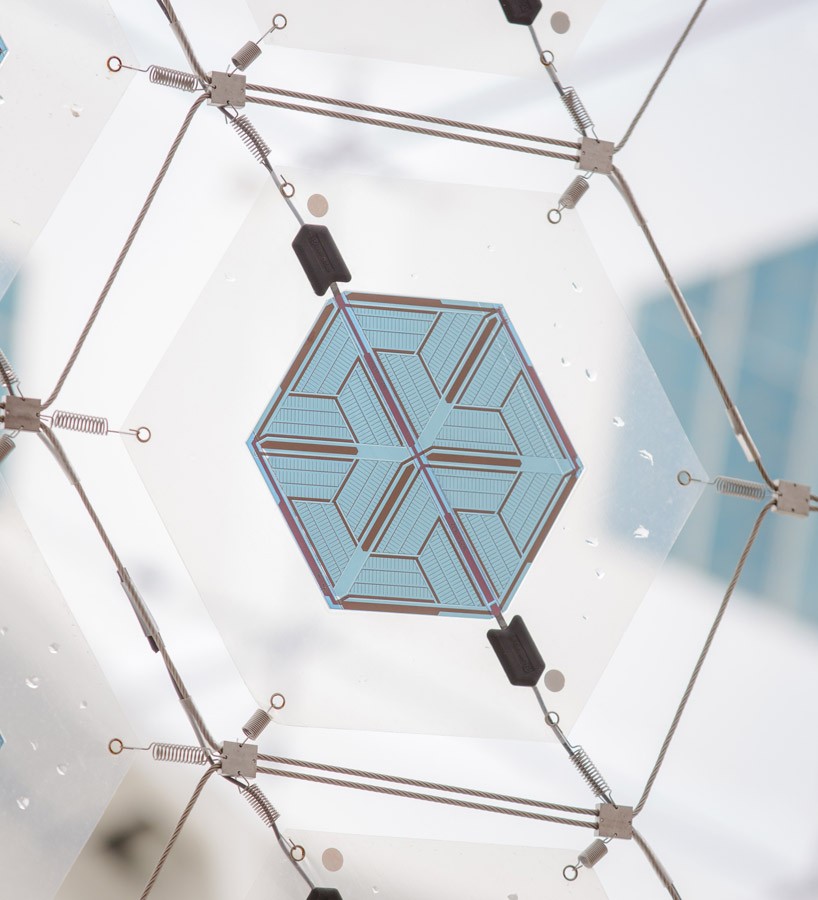 detail of the individual hexagonal unit, the connectors were developed by lapp specifically for the installation
photo courtesy of belectric OPV 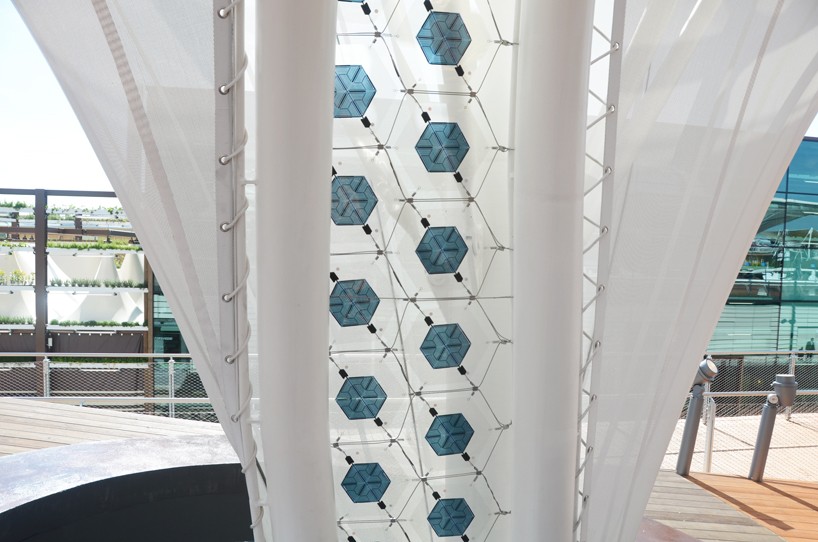 the cells are manufactured via a multi-step printing process, employing technology similar to that used in the printing of banknotes. the production process combined with cheap, organic inputs allows for a unit cost orders of magnitude less than conventional silicone solar panels.

while the current panels achieve a modest 5 percent energy conversion rate, their overall generating capacity nearly equals silicate panels due to their ability to absorb diffuse light. furthermore, the semi-conductive polymer, developed by merck, retains significant opportunities for improvement as the technology matures. 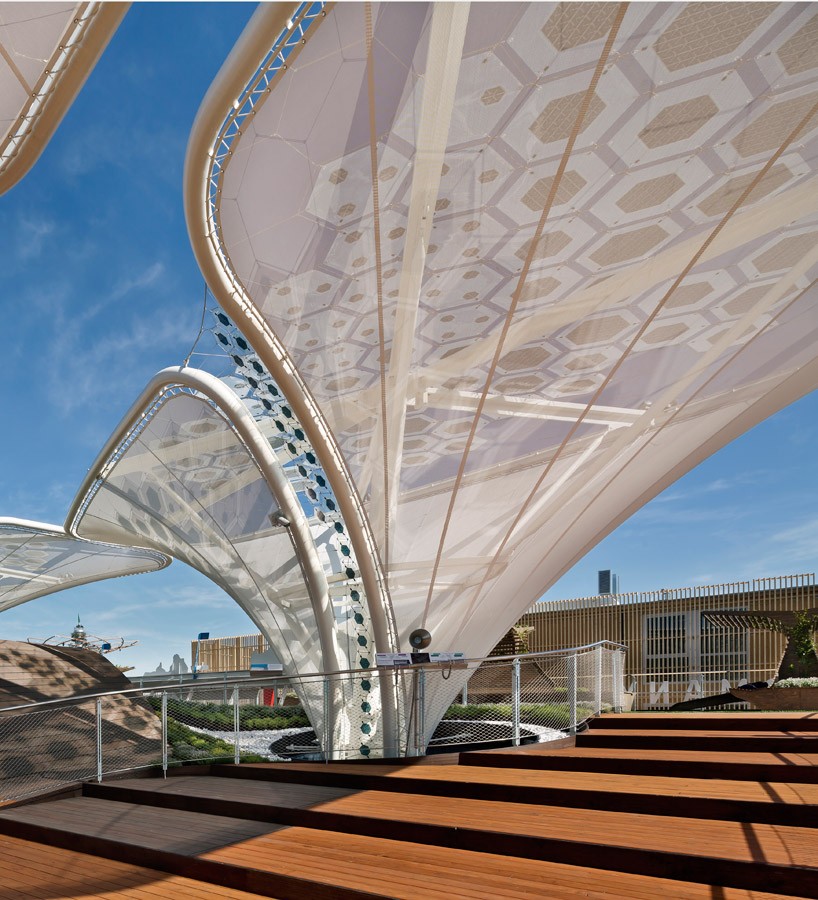 the panels, suspended by cables create a light aesthetic when coupled with the ‘ideas trees’
photo courtesy of schmidhuber

OPV units can be produced in a range of shapes to create complex yet functional installations. 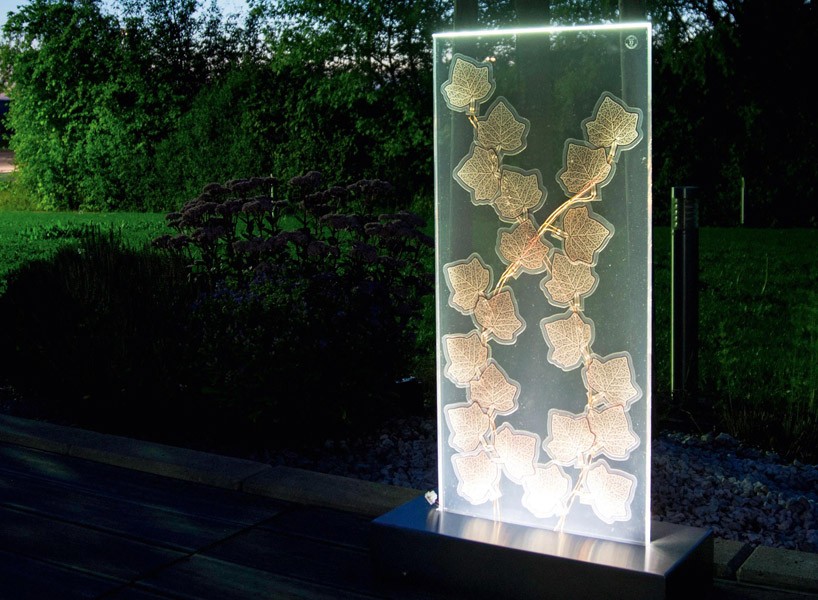 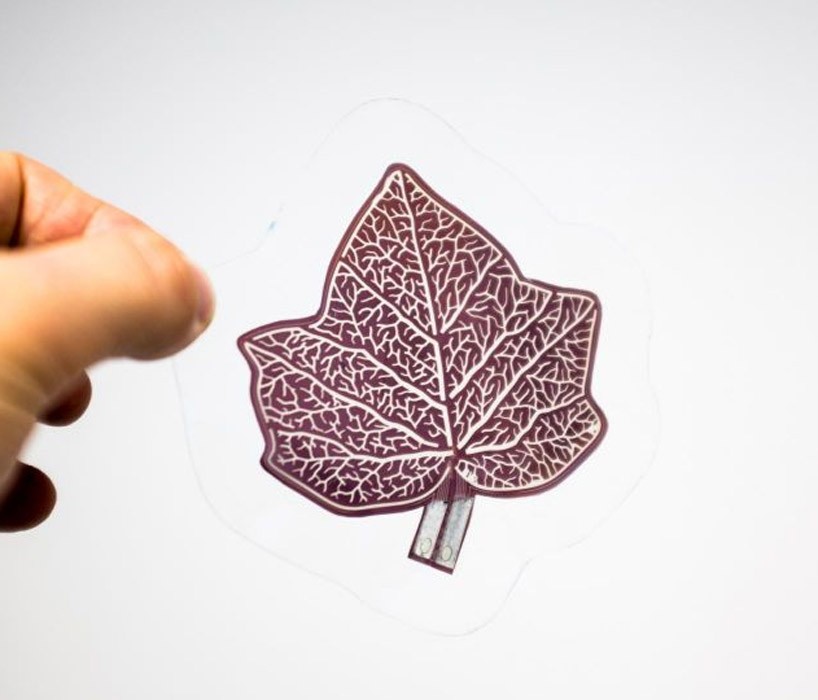 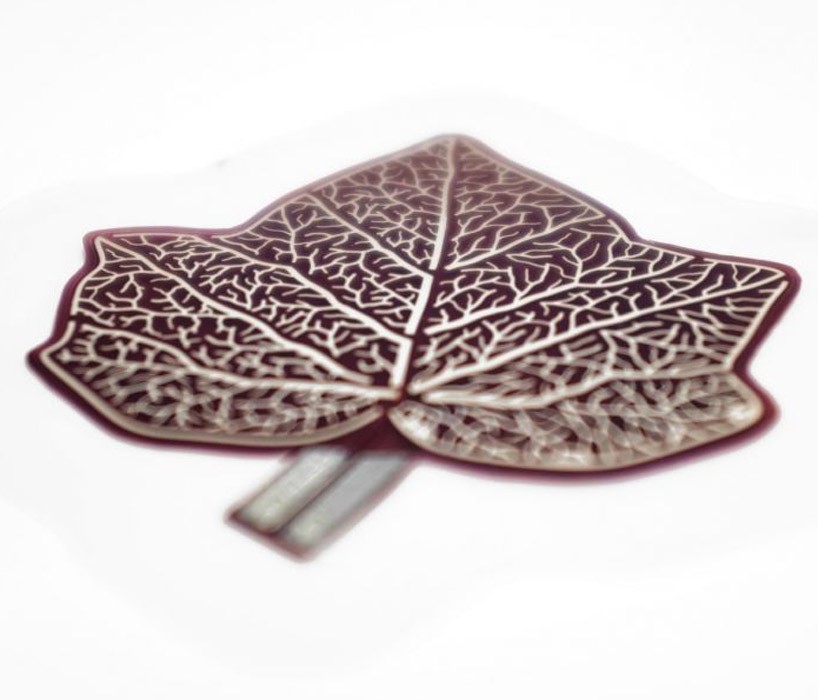 the leaf demonstration piece manipulates the silver electrode in order to emulate the capillaries of leaves. the pomymer is available in red, blue and green.