this year’s belgrade design week 2013, the impassioned rapid-fire cousin of seasonal design conference programming, was organized around the term innovation2; that is, innovation raised to the second power– and this is exactly the greatness of the singularly serbian spirit of the event. both in program and in the slew of formal and informal exchanges that so characterize the conference, there is an air of exponentiation– that positives multiplied by positives can produce infinitely powerful results. in a region distinguished by an extraordinary capacity for resilience, belgrade design week consistently provokes conference goers to grow more, be more and do more. the week obliterates the very concept of boredom and terrifies mediocrity with a list of speakers both from serbia and around the world that address the overlap of design, business, technology, humanity, cities and the like in myriad ways. belgrade design week founder jovan jelovac and his wife vesna (themselves veritable forces of nature) know how to ask difficult and incisive questions that prove there is still a wealth of worlds to move in this complex, ever-changing industry called ‘design.’ 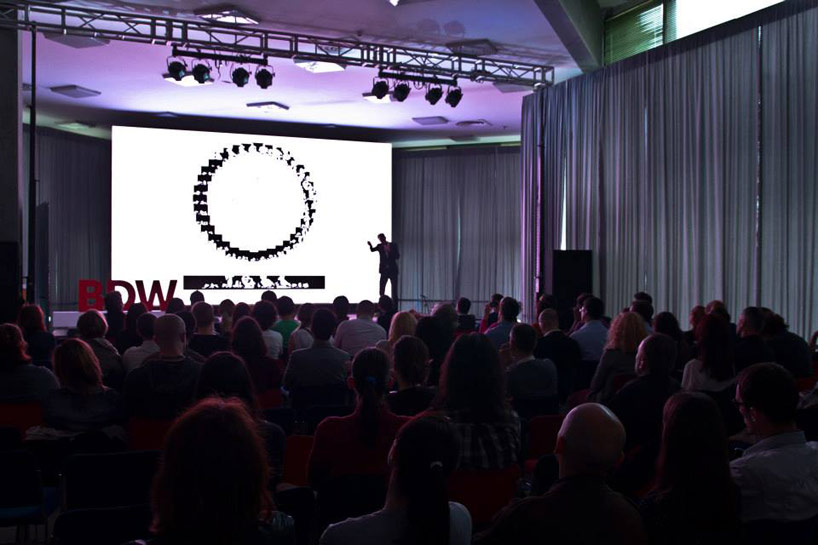 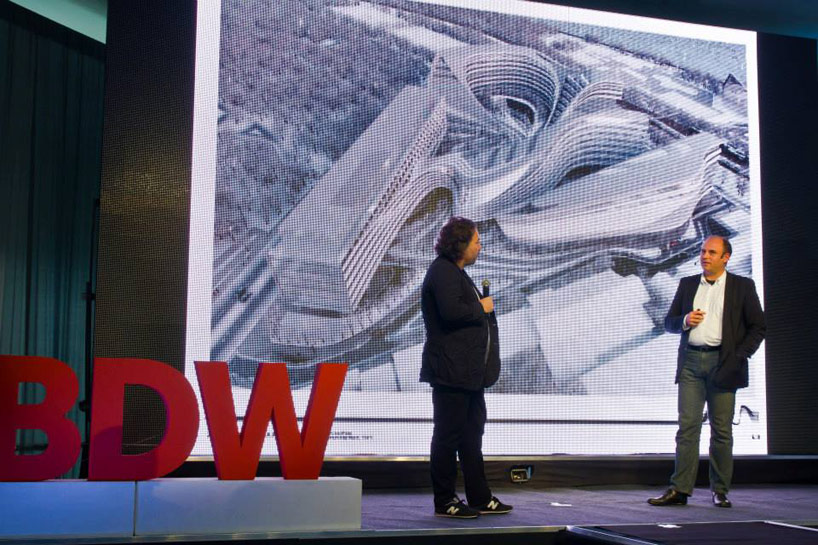 chistos passas explained the aim of zaha hadid‘s beko master plan from the perspective of a belgradian:

the largest idea is to be contemporary. in my presentation I talked about the idea of making space. space making is not just shaping a space, but creating a relationships within the space that maintain it, over a long period of time. and a as human species on the planet today, it is very important for us to learn to integrate nature – or at least remember how to work with nature in the artificial landscapes, and with that, create those synergies between commercial, political, or perhaps architectural, aesthetic sensibilities that allow for a kind of new intelligent city to be created. 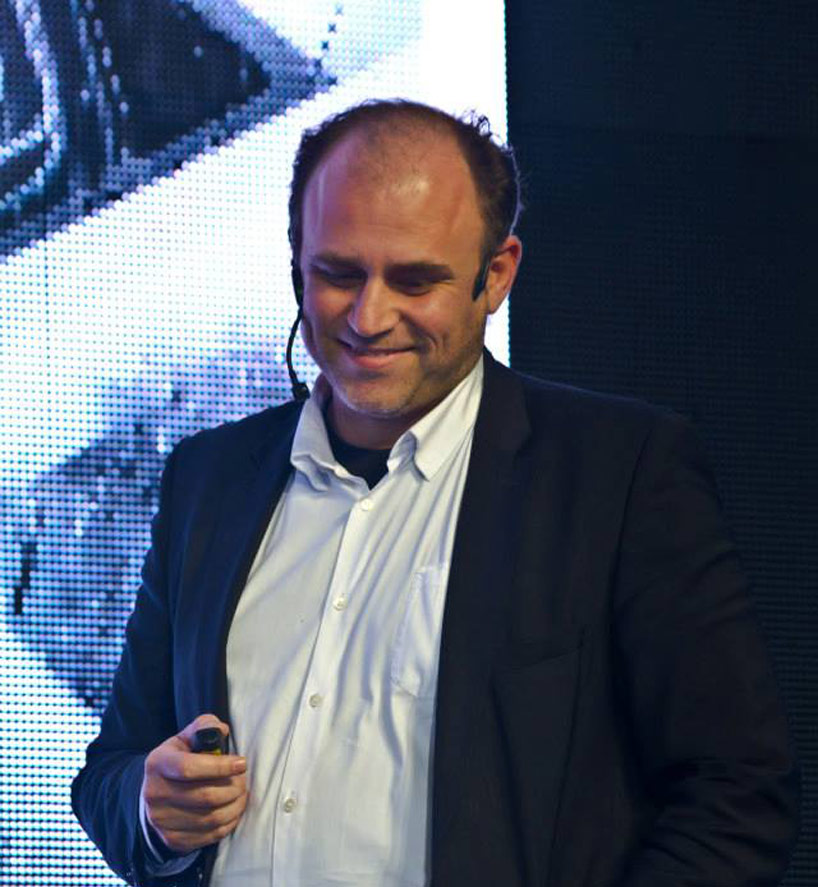 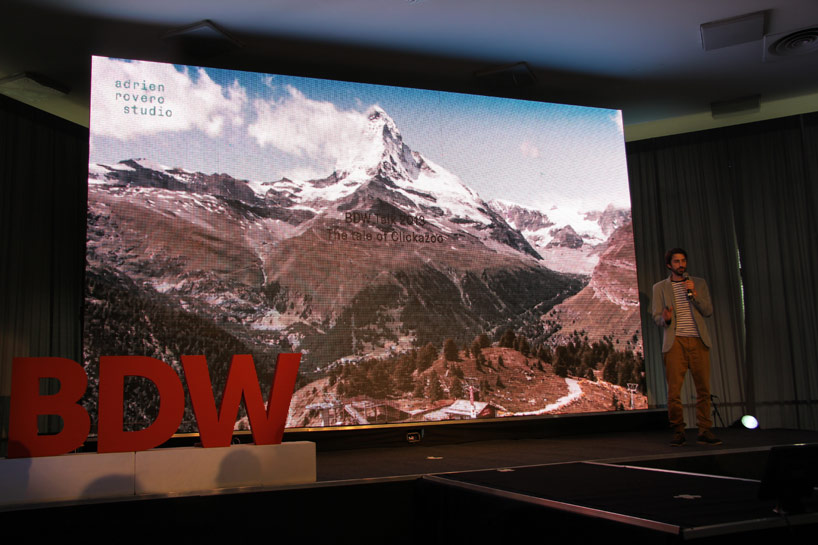 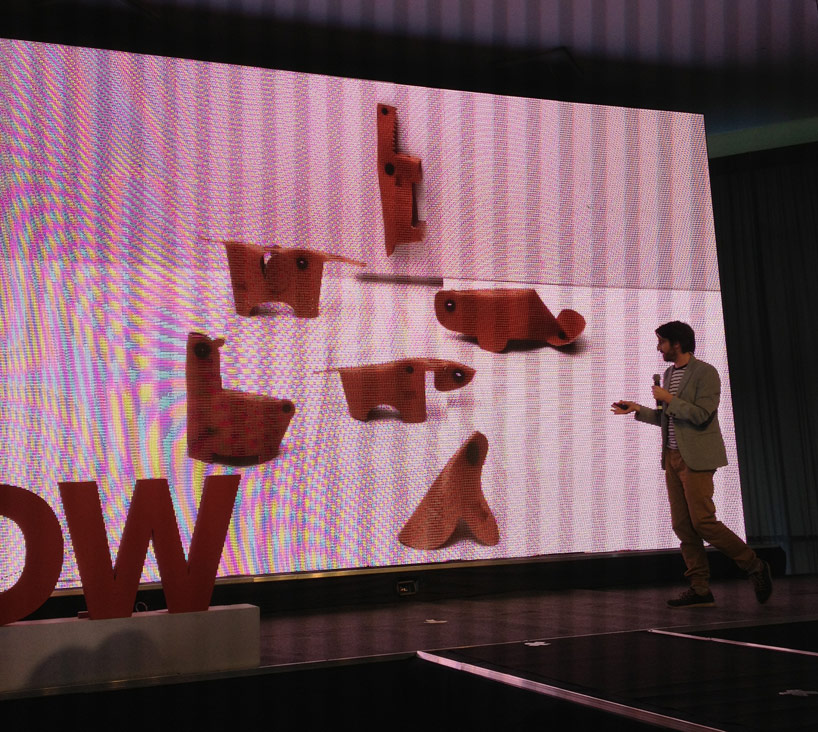 designboom has been inextricably linked to belgrade design week since 2008, when founder, CEO and editor-in-chief birgit lohmann spoke about entrepreneurship, creative industries and communication. five years later, the speakers and venue did not disappoint. housed in the museum of contemporary art belgrade, itself closed for seven years after numerous construction interruptions and devastating water damage, the conference enlivened the ravaged space with inflated metal furniture by oskar zieta, responsive chairs by kram/weisshaar and a mix of designers, journalists and civilians. just as the architectural symbol of a non-functioning state was once again a nexus of creativity and reclaimed belgrade as the most hopeful frontier in design, belgrade design week seemed decidedly about coaxing an unseen response from objects, cities and people using design as tool. 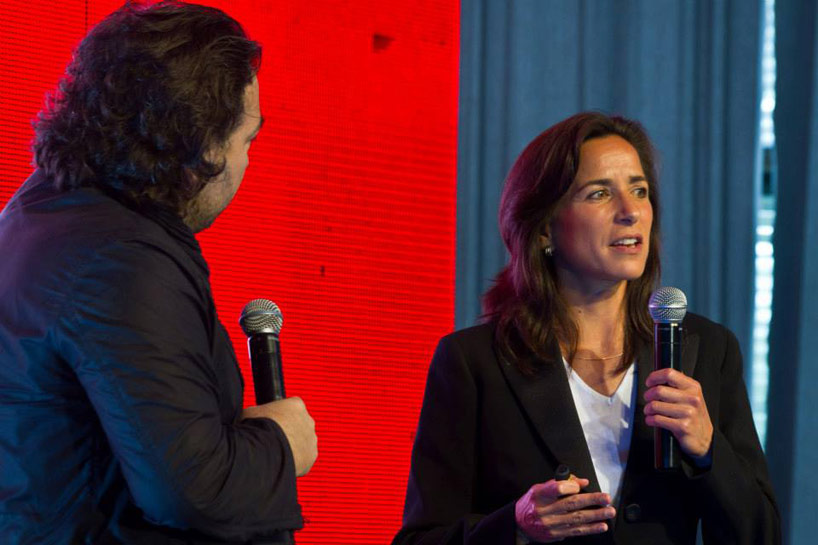 speaker laura lee elaborates on how reversing the workflow of civic design and development can change cities, an idea she developed as a ‘thinker in residence‘ in adelaide, australiaimage © designboom 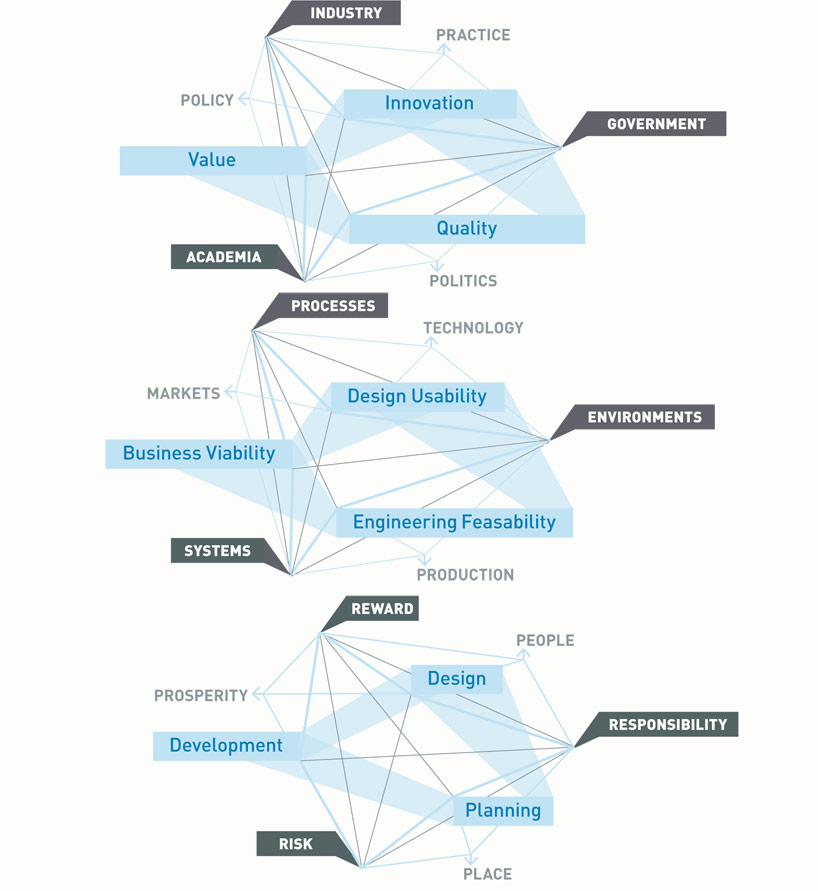 speaker laura lee’s diagram illustrated the layers and intermixed dialogue of design, planning and development– and the power of reversing the current relationship of the three ideas image © designboom 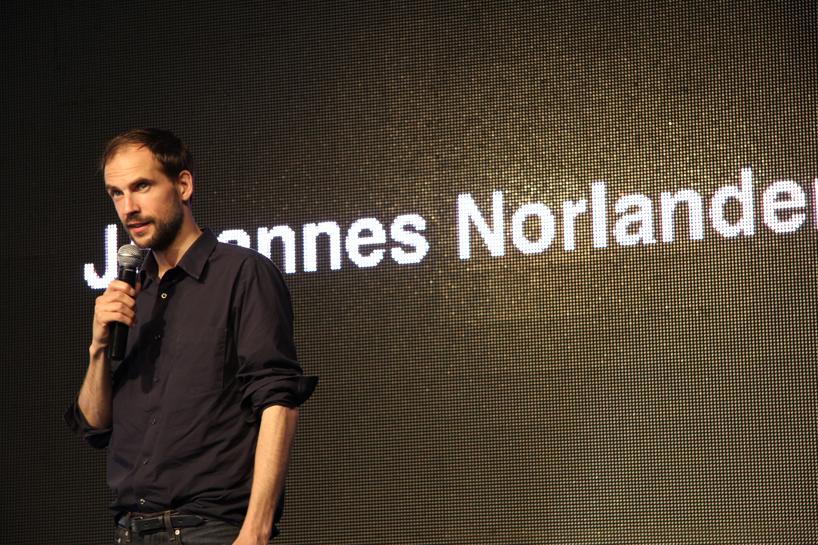 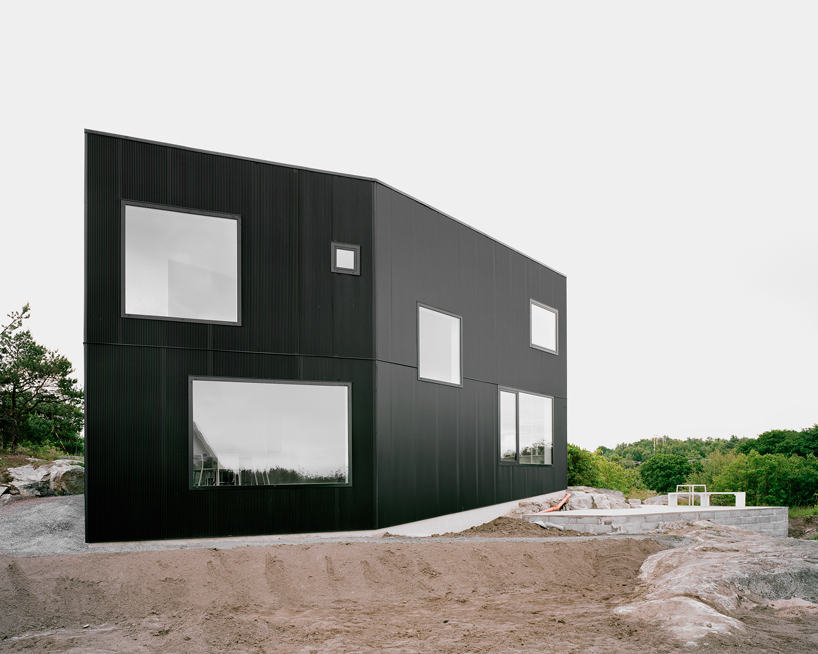 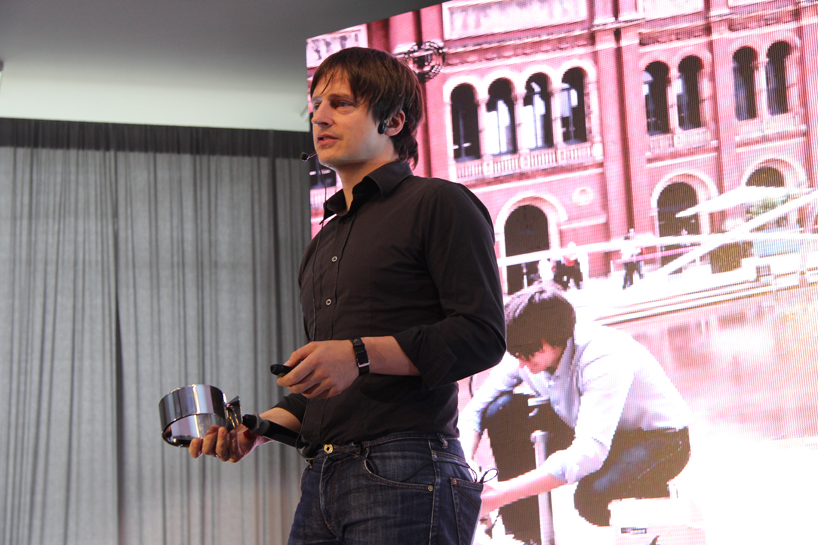 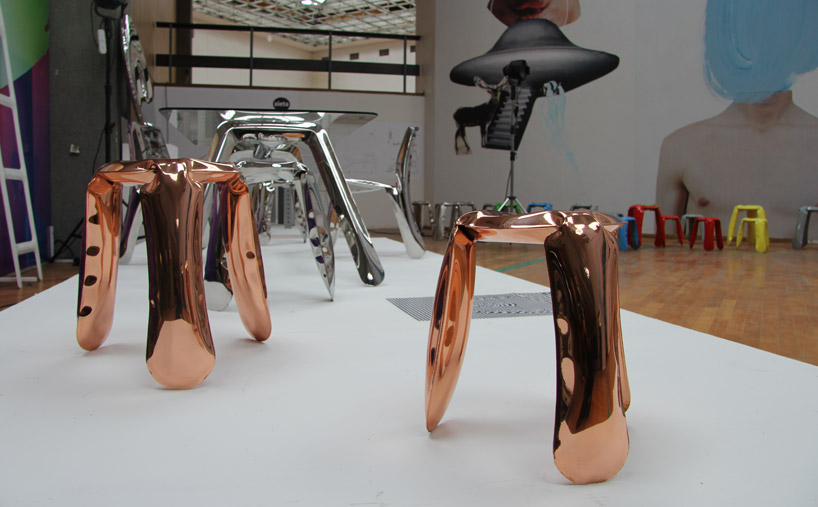 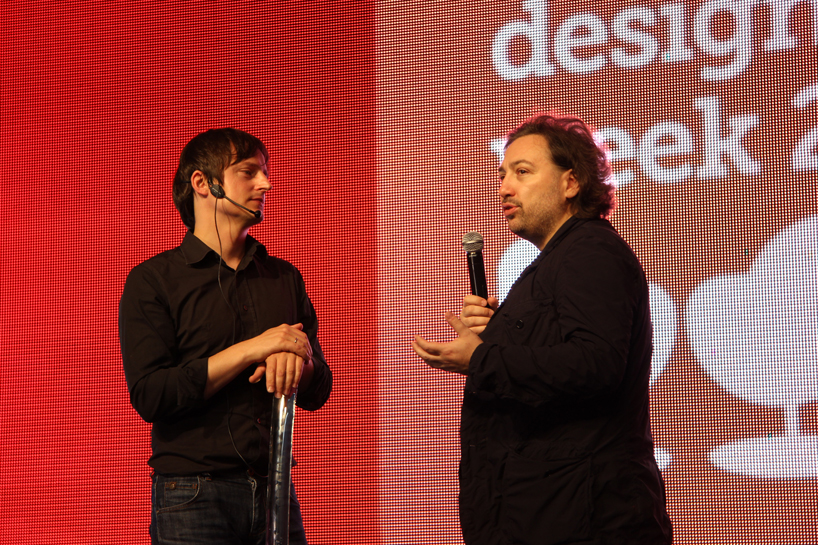 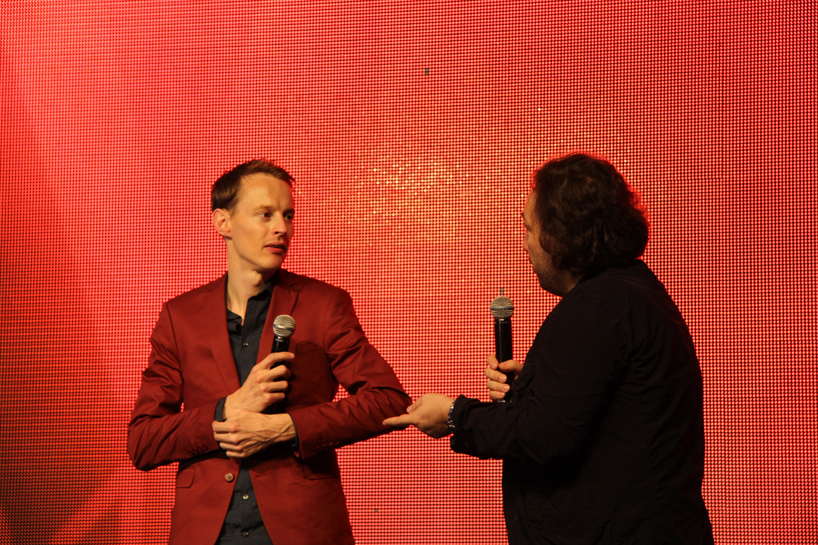 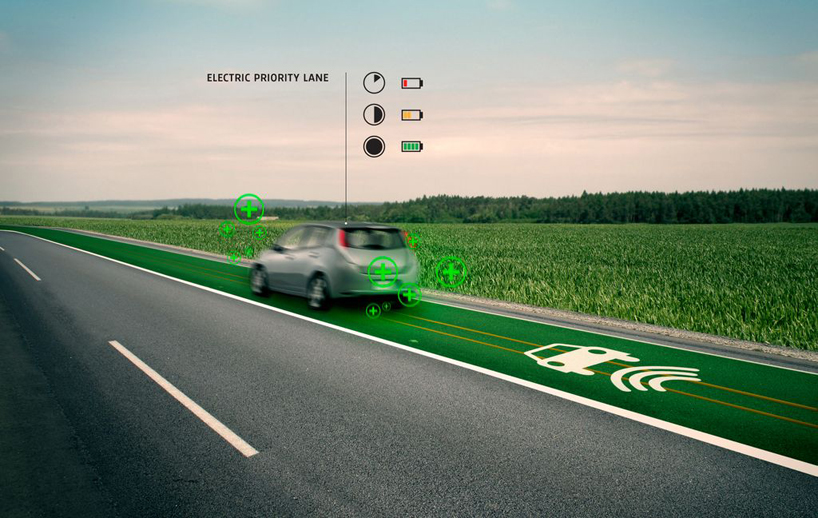 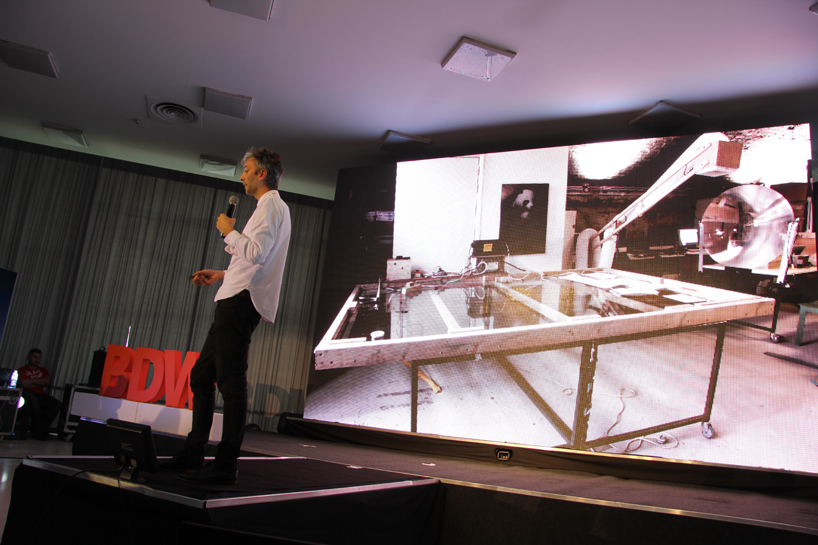 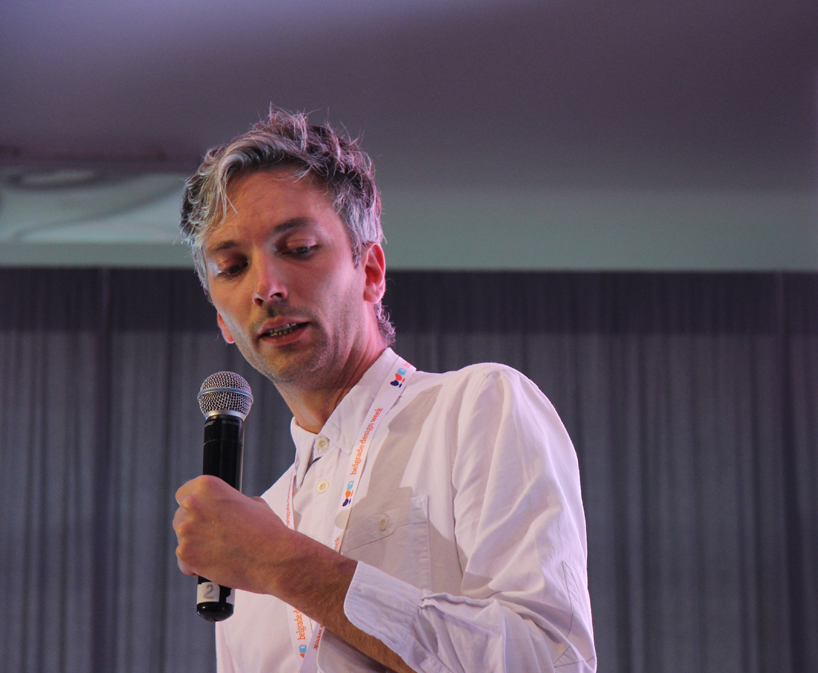 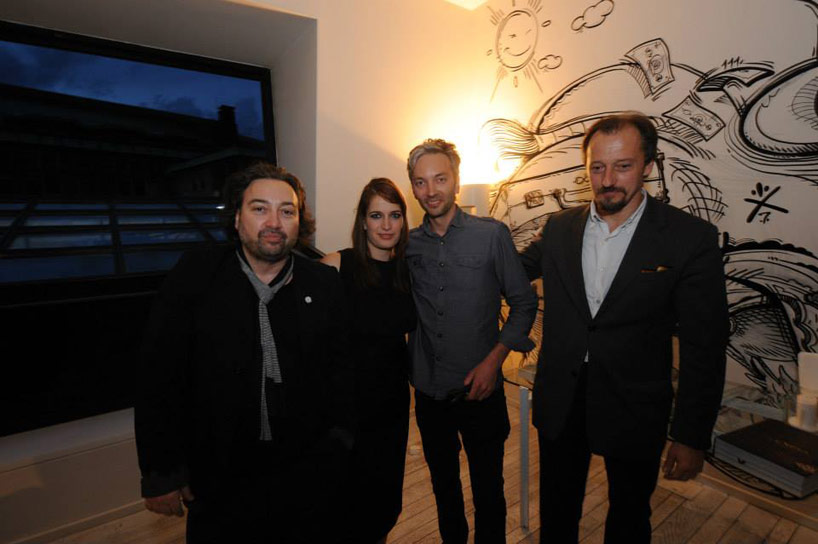 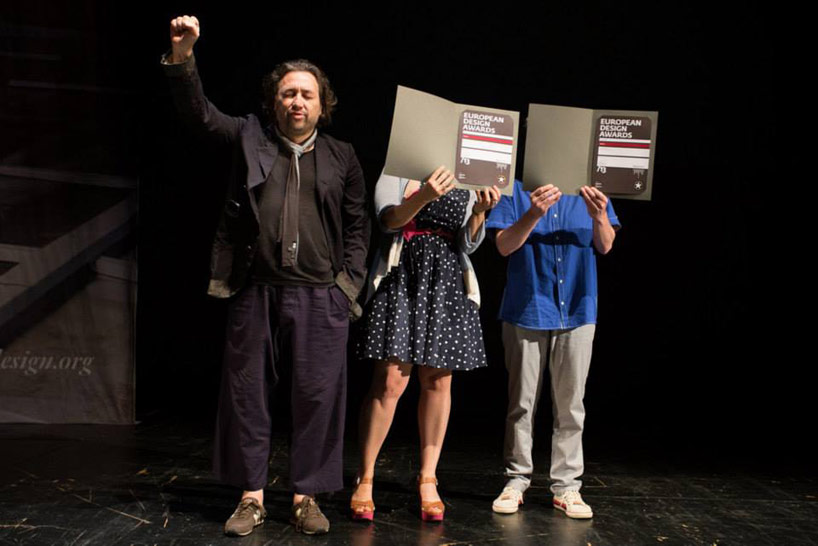 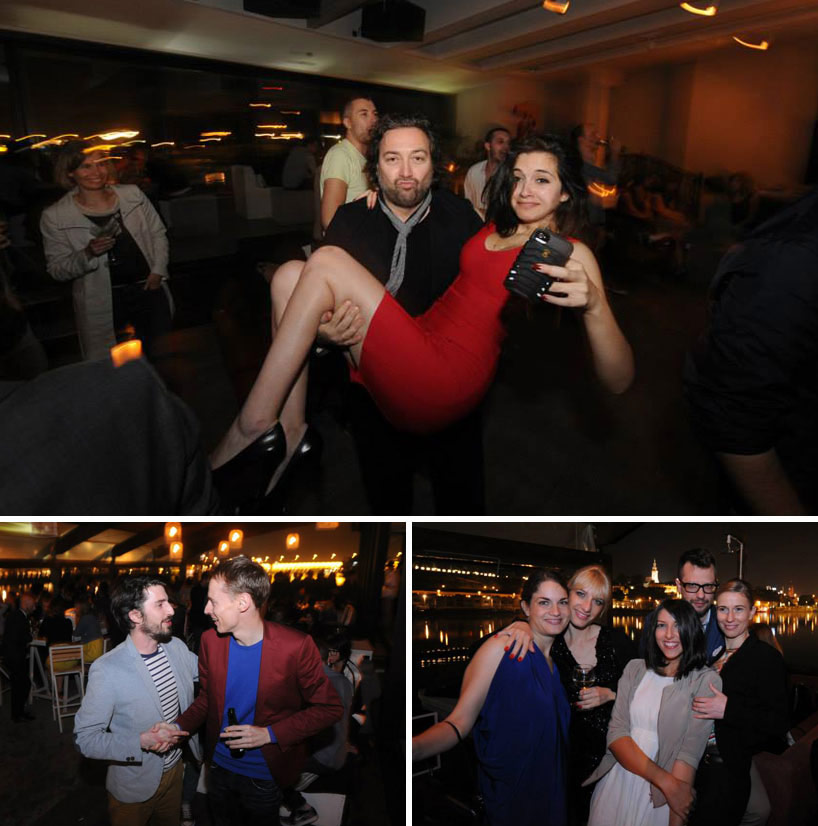 (top): designboom editor cat garcia-menocal is given a lift by belgrade design week founder jovan jelovac(bottom): the informal programming of the conference took place on the floating nightclubs that occupy the banks of the danube image © belgrade design week 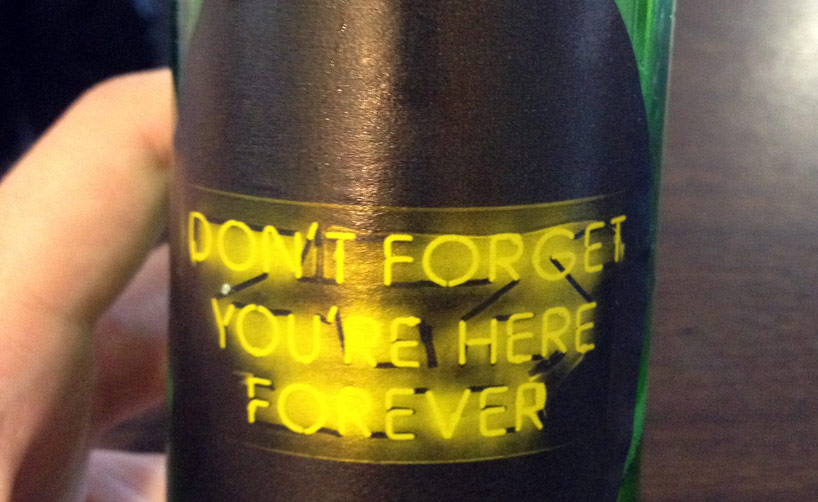 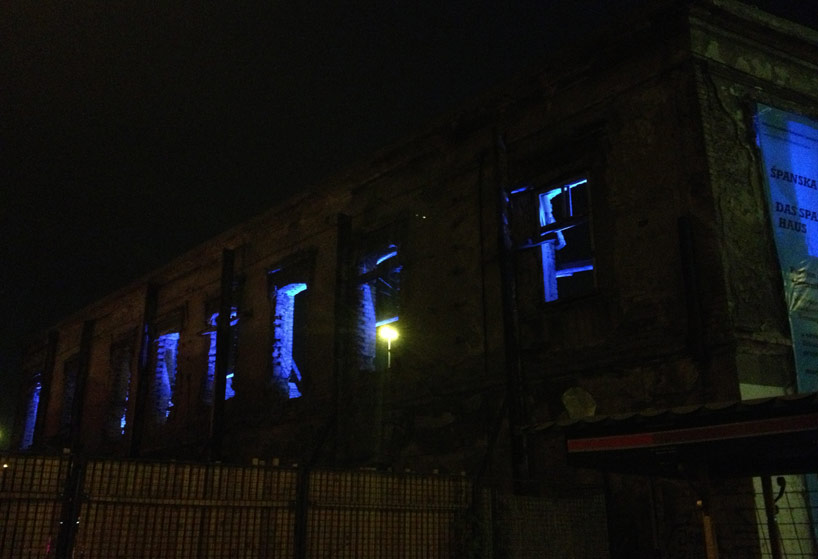 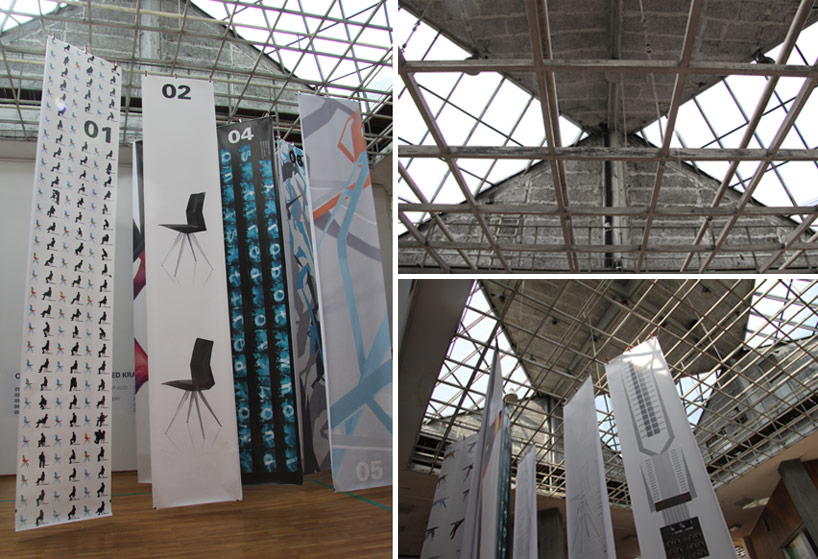 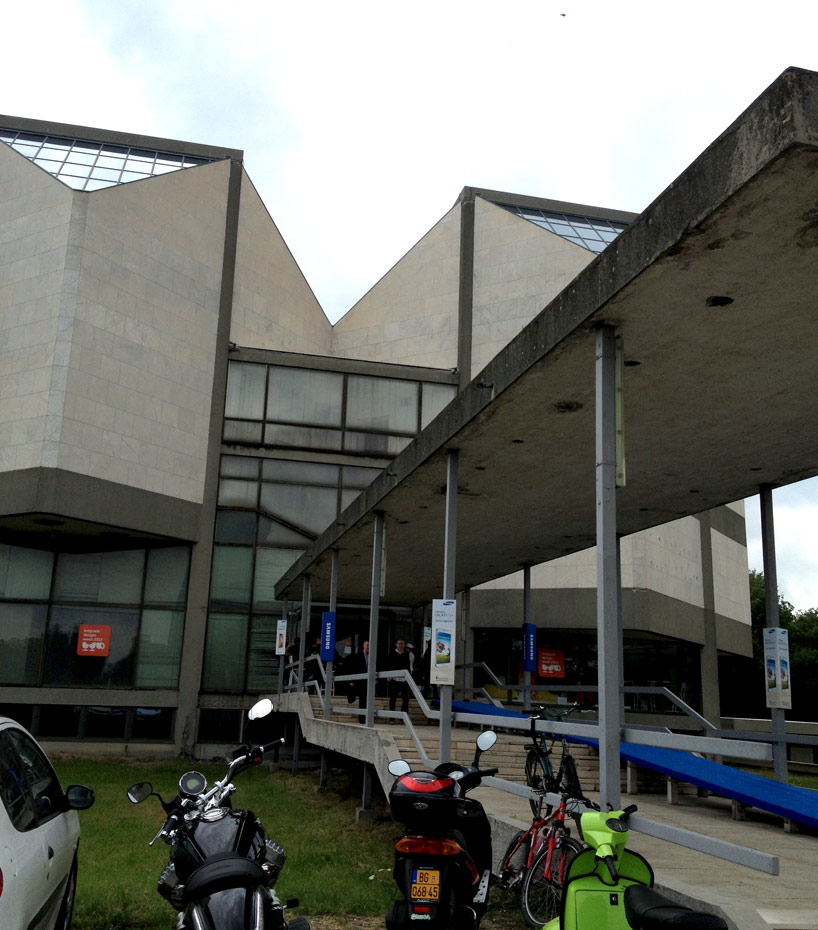 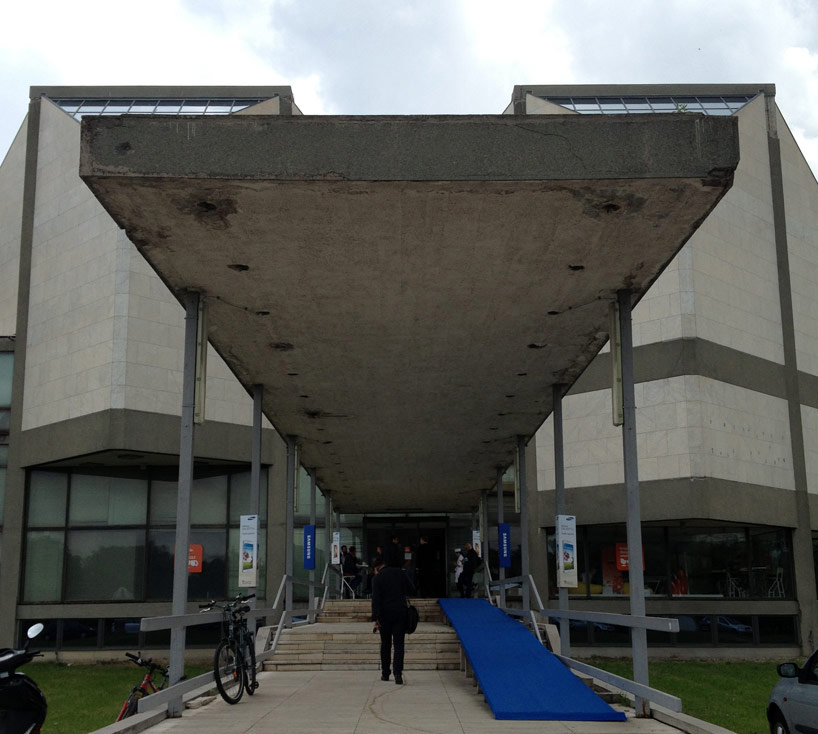 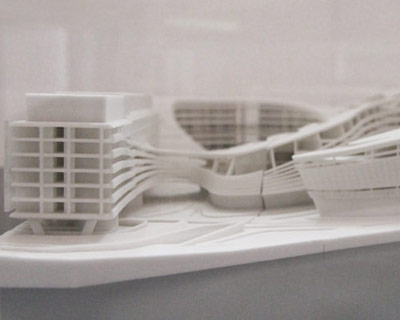