during the world architecture festival at the end of 2019, UNStudio‘s ben van berkel spoke passionately of the digital revolution and the latest technological innovations within the built environment. at the event, the dutch architect also discussed how to rethink and expand the profession in order to meet the changing demands of contemporary society, and effectively create healthier, happier and more efficient cities. after his insightful talk, designboom sat down with van berkel to talk at length about these issues and the work of UNStudio and UNSense – the ‘arch tech’ startup founded in 2018 dedicated to researching how to improve physical, mental and social health through architecture. 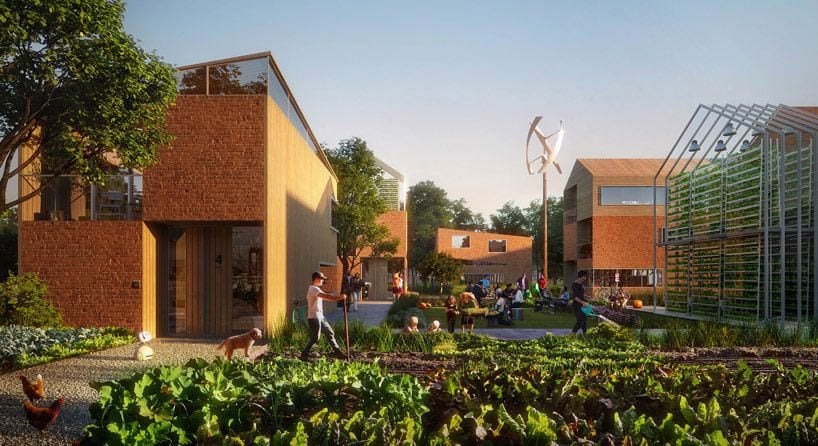 designboom (DB): can you tell us about the type of work that is undertaken at UNSense and how it informs UNStudio?

ben van berkel (BVB): I first set up UNSense because it was difficult to start projects at UNStudio that need programmers, data analysts and very specific consultants; people with skills that architects don’t traditionally have. so I had to start a separate company. but what we are noticing now, after two years, is that we are getting a lot of requests from cities who are interested in our approach and who want to improve certain qualities within their city; how to deal with issues of density, for instance. or how to activate certain parts of the city. in holland there is currently great dedication to improving, or enriching the housing situation, and a focus on how we can actually provide enough homes, especially rental homes, and where we can build them.

BVB: maybe it’s also because of the financial crisis we had in 2008. after that happened, many cities downsized their planning departments. so there aren’t as many urban planners working for city councils anymore. this means that cities can’t carry out all the research they want to do. so we are now getting all these questions, not only about about how to deal with the housing situation, but also about improving sustainable measures. at UNSense we do a lot of consultancy work first. we do workshops involving a lot of specialists, and the city also brings in experts. then together we try to get a thorough understanding of the problem at hand and slowly but surely come up with ideas and possible solutions. from there you can start to formulate a brief. it’s actually a really interesting process. we have noticed that many clients today actually like it when someone else helps them to formulate the right brief. especially when it involves integrating technology into their buildings. in office buildings, for example.

BVB: but it’s not always about technology. sometimes it’s about creating social cohesion. we have been integrating shared, communal spaces in residential projects for some time now, like a clubhouse, or a gym, or perhaps a small cinema. you can also introduce potential entrepreneurial spaces for people who want to set up their own business. social cohesion has also now become really important for many city planners, because they realize that so many of the housing developments that were built in the last century actually caused people to feel extremely isolated. so this approach has generated a lot of work for us. 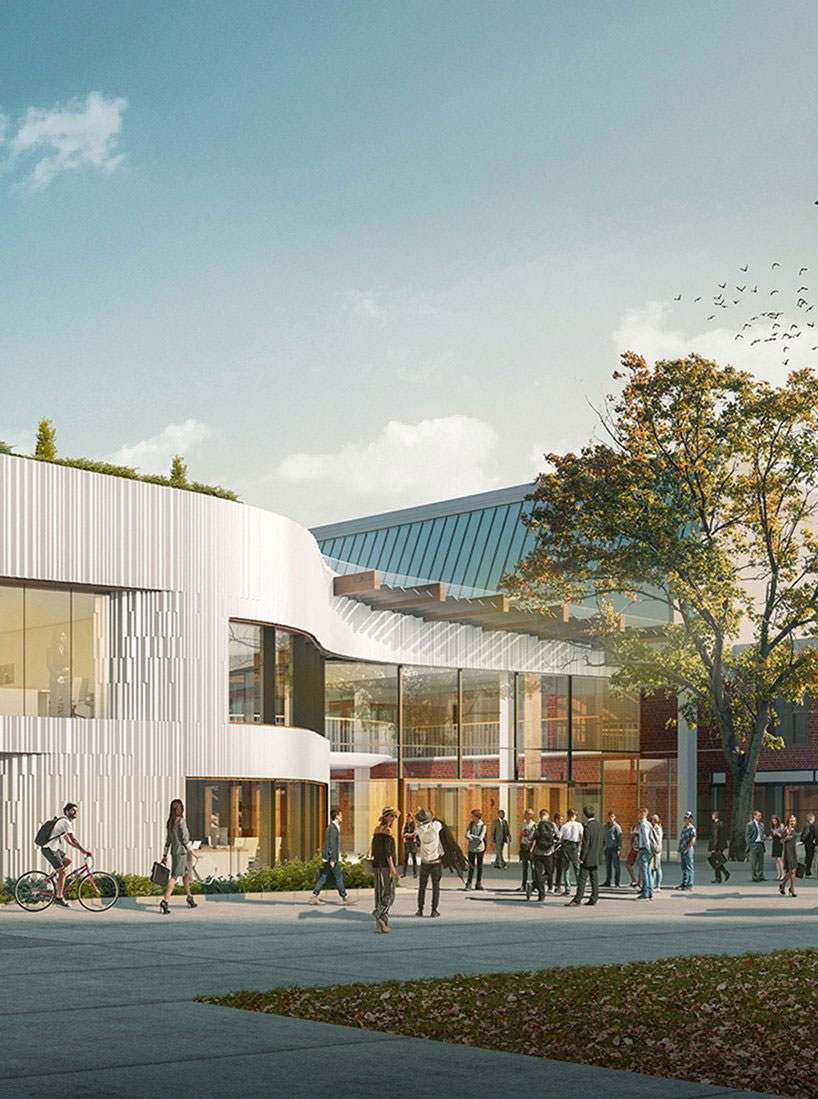 business school for the creative industries, epsom, the UK

DB: what different types of professions are involved in the UNSense team?

BVB: I have futurists working in the team, and data analysts. there is also a managing director who has a lot of experience in setting up start-ups. it keeps growing. but a company like this needs a lot of investment in the beginning and architectural offices just can’t cover extra costs like that. so within UNSense, we set up smaller companies for certain products that result from our research. like the data platform idea we are developing for the brainport smart district in helmond. that can also only be turned into a product, and then a separate company, with the other parties involved in its development. but products should no longer only be understood as being physical objects. these days a product can be data, or services, or even consultancy. as strange as it may have sounded a few years ago, such things are now seen as products. 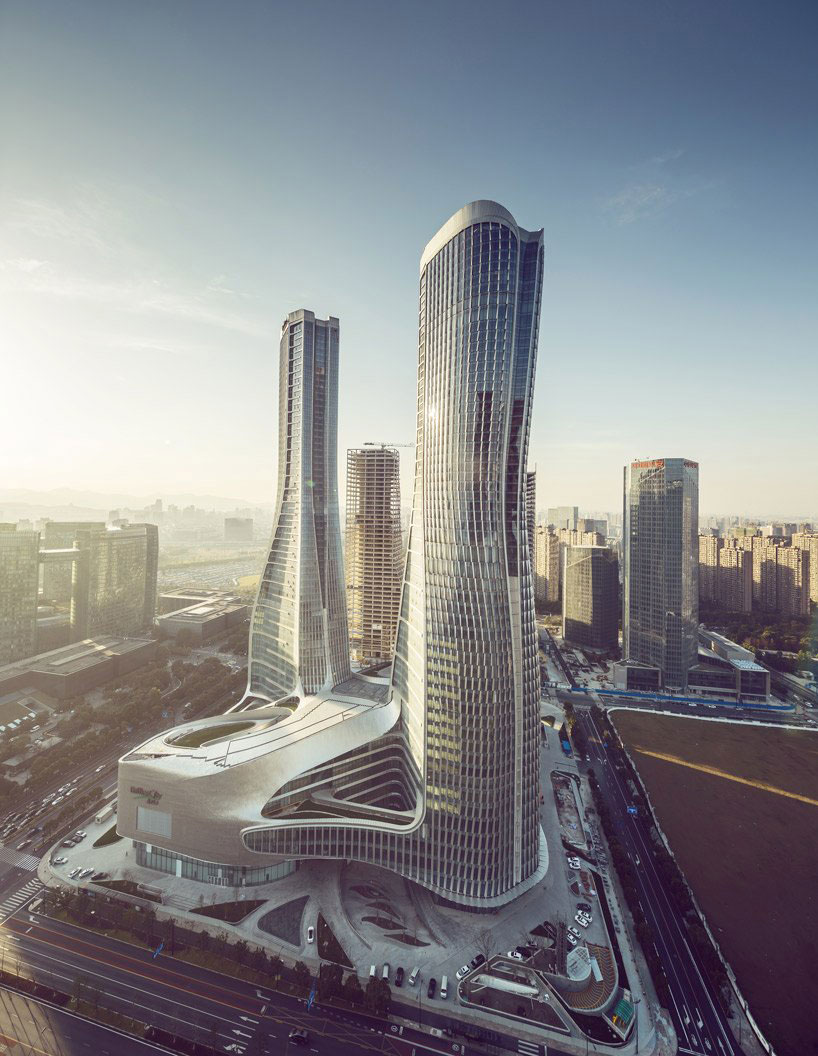 DB: do you find that clients are now willing to invest more in this research to build sustainably?

BVB: slowly. there are also now financial models that prove that if you spend more money on your installations, you can reduce your energy costs over time. but, we also connect such cost savings to health. with an office building we did in holland, we proved that it is also possible for a building to reduce employee sickleave.

DB: how did you achieve that?

BVB: we introduced better environmental conditions to the office spaces. better air circulation. this project was an early office building we did, but we used an installation technique whereby fresh air is pumped up from the floors into the rooms and then sucked out through the roof, so it doesn’t circulate around the spaces spreading germs. we also introduced a wind turbine system in the middle of the building, so wind could also be used to produce energy. 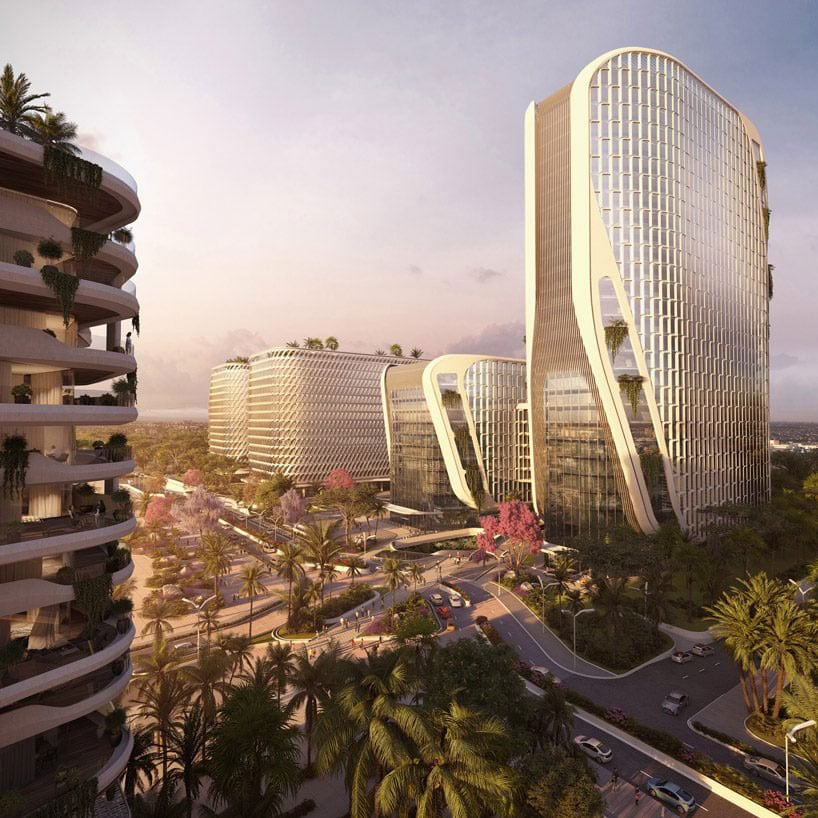 DB: how do you see the role of the architect changing in the next 10-20 years?

BVB: it’s already changing. I mean, if I was to say to a renaissance architect, the world is going to be BIM oriented, he would laugh, because he of course wouldn’t understand what I was talking about. I would not have believed it either, if someone had said to me 20 or 30 years ago, we’re going to live in a self-learning environment in which things are guided by AI. I would have laughed. I wouldn’t have understood it either. that is what is so fascinating about today, that we are working with topics that I never expected would be connected to the profession. but I firmly believe that we must learn new ways of designing in order to change the analogue world, or rather, to help the analogue world. for instance, you can use active design techniques to encourage more healthy lifestyles or choices, such as encouraging people to take the stairs by placing elevators in less prominent places.

BVB: the role of the architect is also expanding on other levels, with new technologies, new working methods and the introduction of new specialists. but the key thing is that you also keep on working just as architects have always done: working with the right materials, making sure you understand materials, using the right construction techniques. I would say that in the future, design will be more related to a form of trained judgement; that you are well trained and experienced enough with both the old school and the new school, and that you learn to combine them. 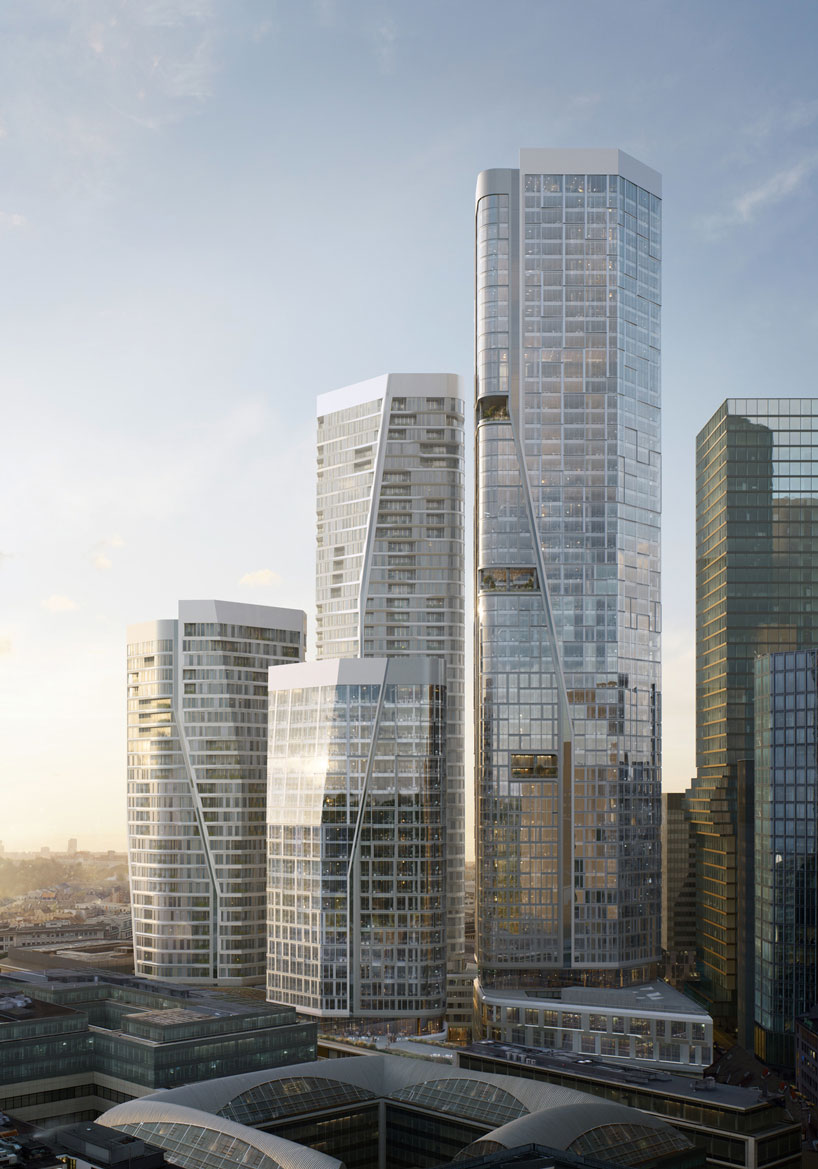 DB: you spoke a lot about the digital revolution and innovations in technology at WAF 2019. since you started your practice what have been the biggest changes in architecture in your opinion?

BVB: for me the biggest change was moving away from drawing by hand. it was very strange changing to writing and drawing digitally. I still find digital drawing tough to do. I know how to do it, but it was really a radical change at the time. and then of course, scripting. we started to script 3D models ourselves and that required you to actually program a 3D model. the 3D model contained all the information, so by making a small change in the model, you could change the whole drawing automatically in five minutes. that was a huge shock, because previously I would have to change everything by hand on the drawing, and it would take weeks to change a set of drawings. it was painfully slow. I used to work day and night. I still work hard, but luckily not so hard! so these technologies, especially artificial intelligence and VR, I find them fascinating. I recently learned how to draw in VR – it’s really fantastic. 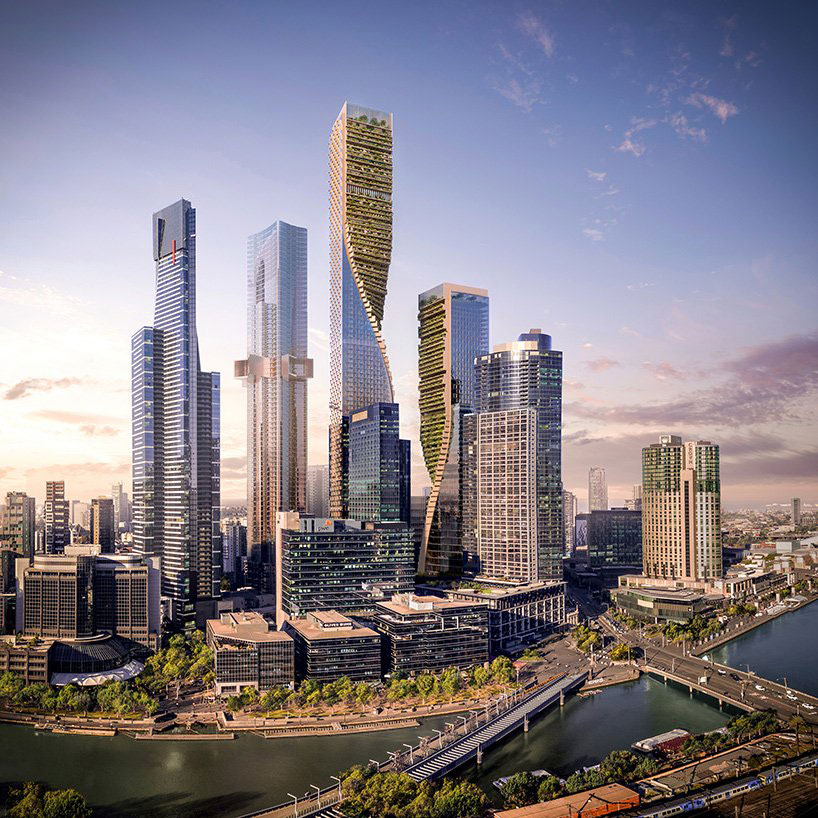 southbank by beulah, designed by UNStudio and COX architecture for melbourne southbank, australia

DB: there’s undoubtedly numerous advantages to the digital revolution, but do you think anything has been lost because of it?

BVB: yes, I see it with a lot of architects who, in the digital age, don’t test ideas enough in more analogue ways; spatially, with their hands, or through model making. I think it’s very interesting that since I’ve been dealing more with technology over the last 15, or 20 years, that I’ve had a much stronger desire to draw. and to paint. I’ve always painted, but now I’m back to painting almost every day again, even if only a little bit.

BVB: we often have pin-up sessions in the studio and I like to show the teams that you can just take some tracing paper and test if an idea could work or not with a quick sketch. even if it’s a conceptual sketch, it doesn’t matter. but sketching can help you to learn something quickly, or to gain new insights. it’s very helpful. 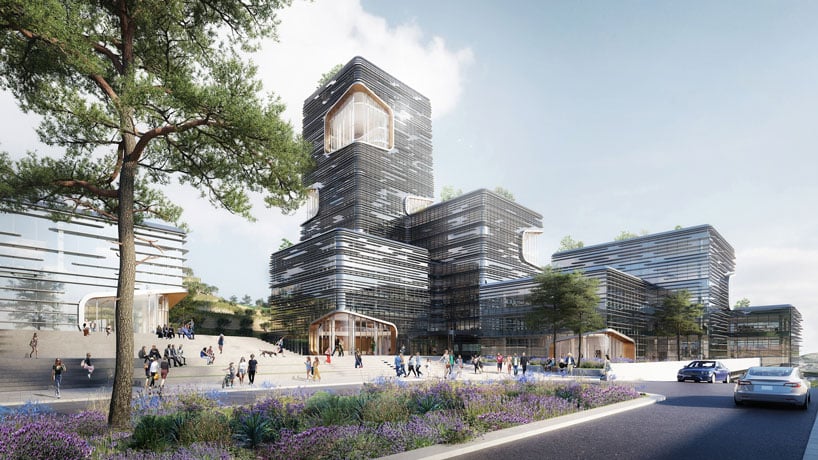 DB: and finally, what projects are you currently working on?

BVB: a lot of interesting things. the project in helmond is very important for me. and now we’re trying to bring these ideas into tower concepts for some of our current projects in europe. for example, we are doing a major project in frankfurt with four towers and a plinth (FOUR frankfurt), where we activate as much as possible a neighborhood that was totally secluded from the city. now we’re making it a lively, much more active and socially interactive place than ever before. so we are working with lots of different ideas; integrating different programs and more activities for different user groups and testing these with new technology. in melbourne we’re building one of the highest towers in australia. the proposed height is around 360 meters, although the final height will be largely dependent on the planning outcome. we also have work in georgia, the TBC forum in tblisi. and we are busy with a nice project in south london… happily, our current work is quite diverse. 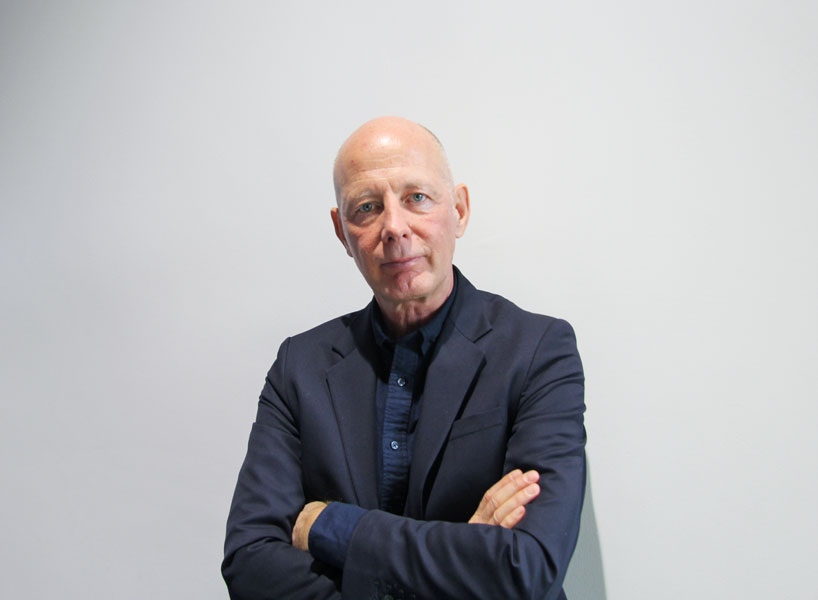 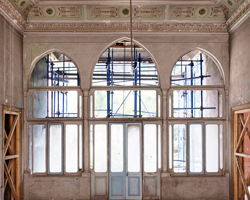