zac borderouge, a residential sector of toulouse, france, has come to life with ‘residence origami’  a colorful development designed by bernard buhler. to the south, east and west, the footprint is enlarged by terraces wrapped in a slatted wooden screen that extends beyond the building’s profile in angular forms. slivers of lime green shades loggias where the building’s timbered skin has been cut away in asymmetrical geometries. bold yellow walls that enclose the interior are visible behind the diaphanous sunshade, and are completely exposed where an alley cuts a void between two distinct volumes. balconies with whimsical railings and an irregular pattern of windows project into this space. below ground, a garage occupies the entire site footprint, connecting the individual masses and providing 36 parking spaces. 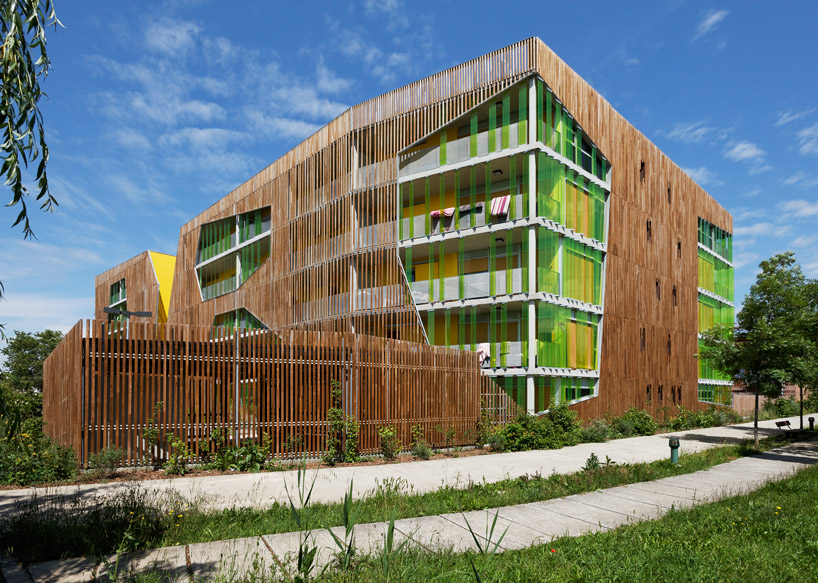 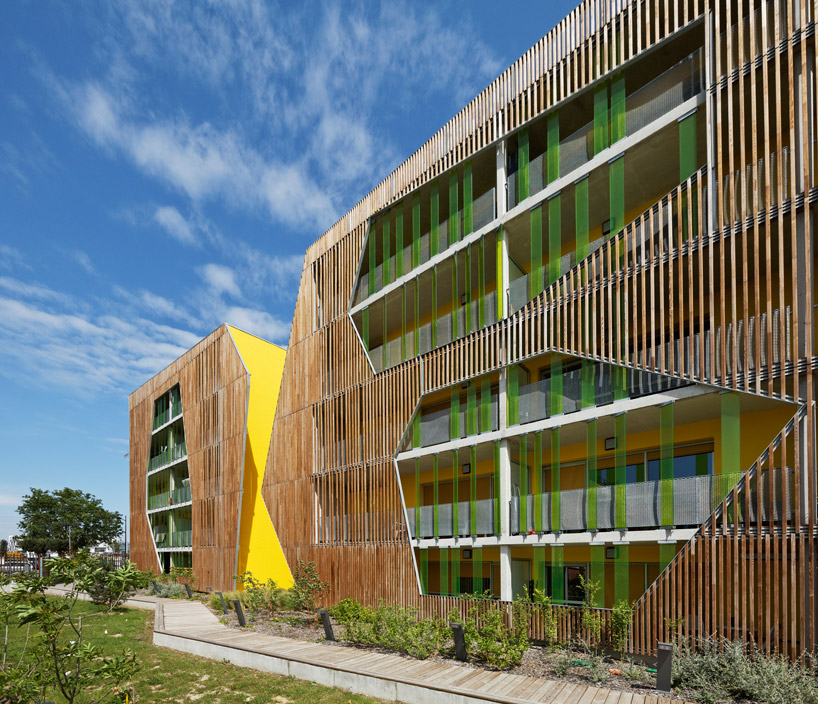 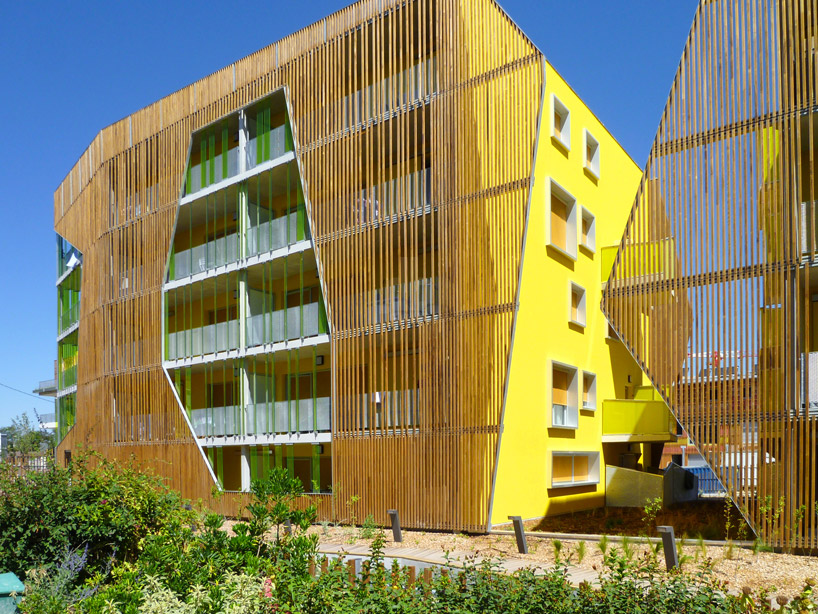 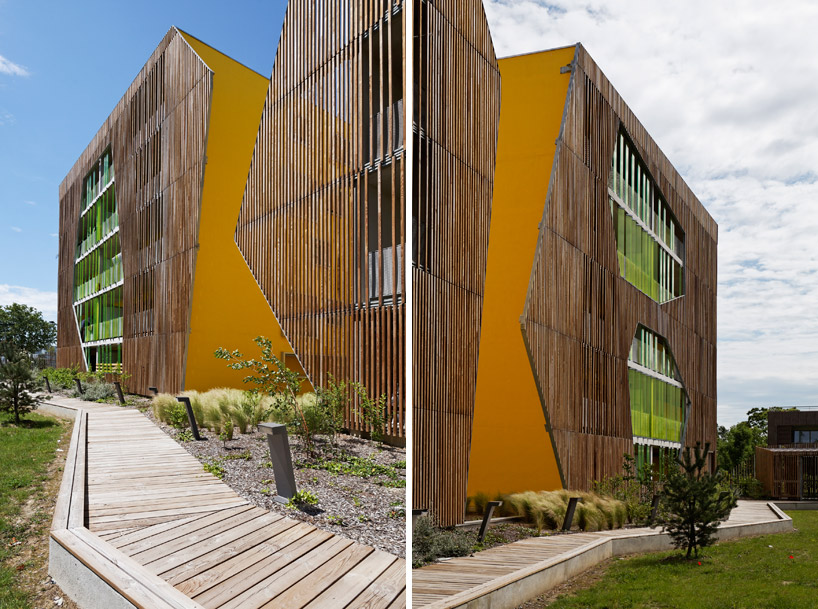 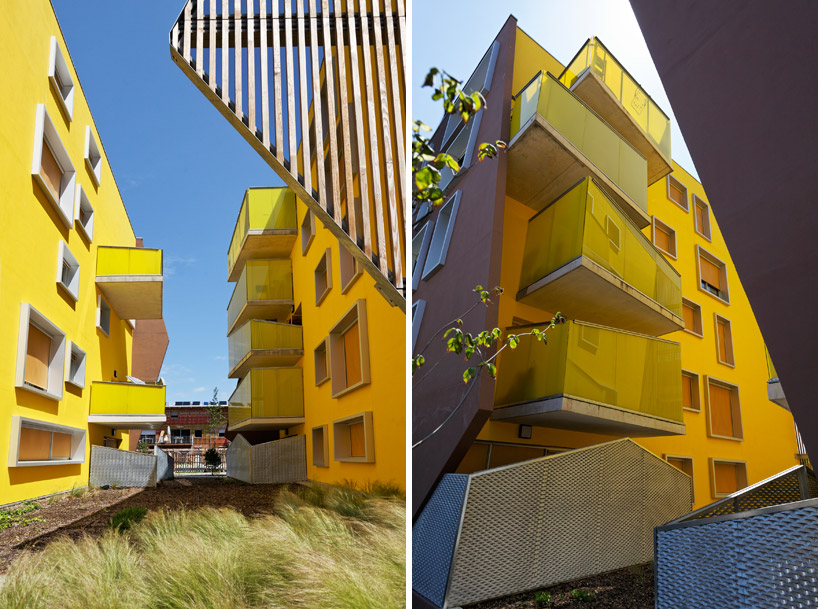 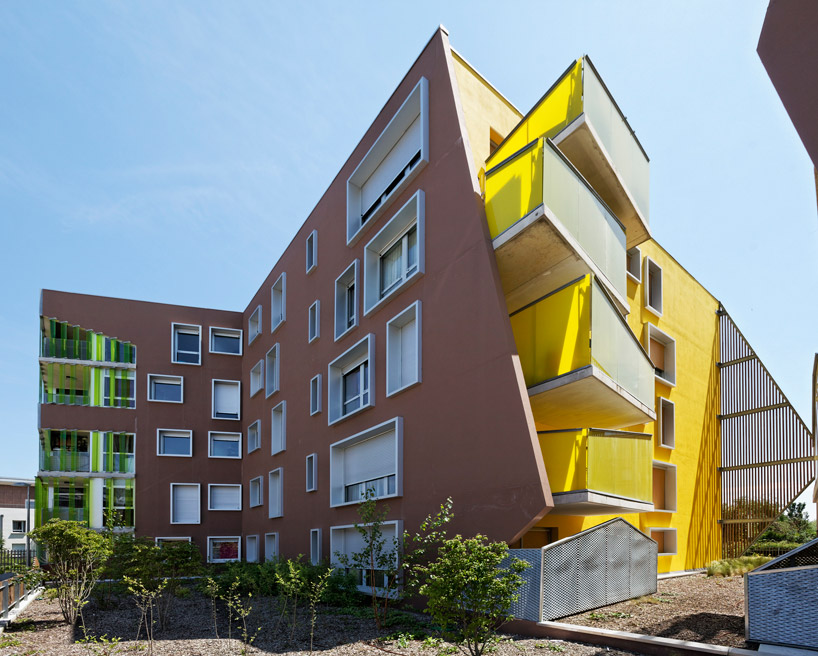 the north facade is solid in conrast to those of east, west and south
image © vincent monthiers

(left): residence origami is divided into two masses unified by the garage below and facade materials above
(right): the wooden screening extends beyond the building profile in an angular form
images © agence bernard bühler

(left): the solid northern facade contrasts starkly against the bright yellow facade and wooden screening to the south
(right)details of the balconies
image © agence bernard bühler 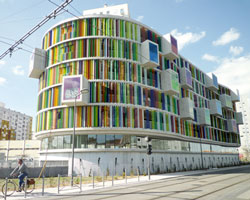