austrian studio bernardo bader has completed ‘haus im feld’, a country home located on the outskirts of sulz in austria. situated in a transitional area of cultivation for an agricultural greenbelt, the single family dwelling sits surrounded by heavily trafficked paths that lead visitors to the nearby frutz river. 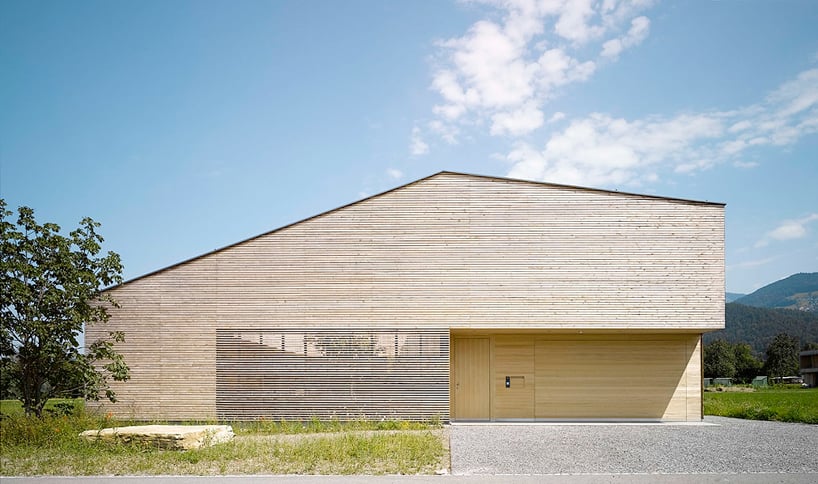 the structure, composed of austere lines and a delicately uneven gable roof is neutral in form with its visual force lying in the bold but simplistic arrangement of vertically applied wooden slats. transparent and impermeable surfaces clad the unit, slightly exposing light and activity which happen within the dwelling. designed as a closed and inaccessible volume, the house features a simple four-winged plan that encircles and forms a private courtyard. extending the full height of the home, the internal void cuts through the roof, fully integrating interior and exterior environments. inside, homogeneous spaces treated in light wood create warm and minimal environments which appear to seamlessly flow in from the garden. 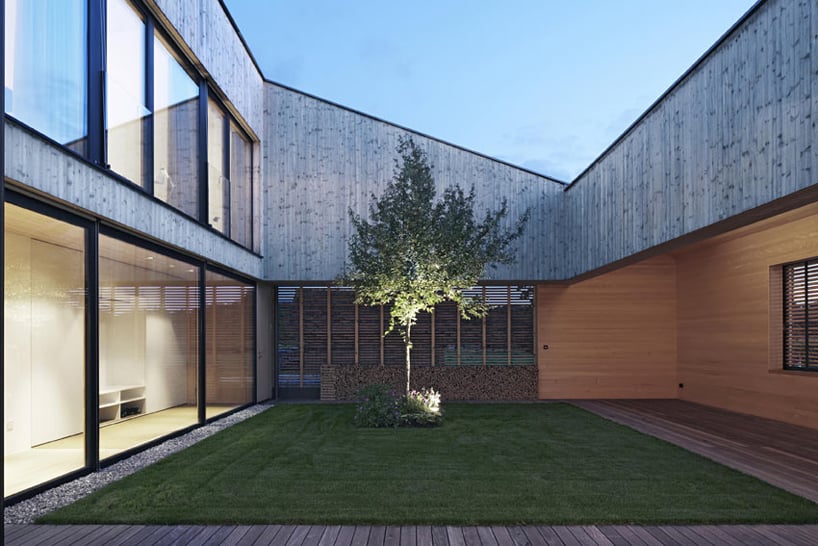 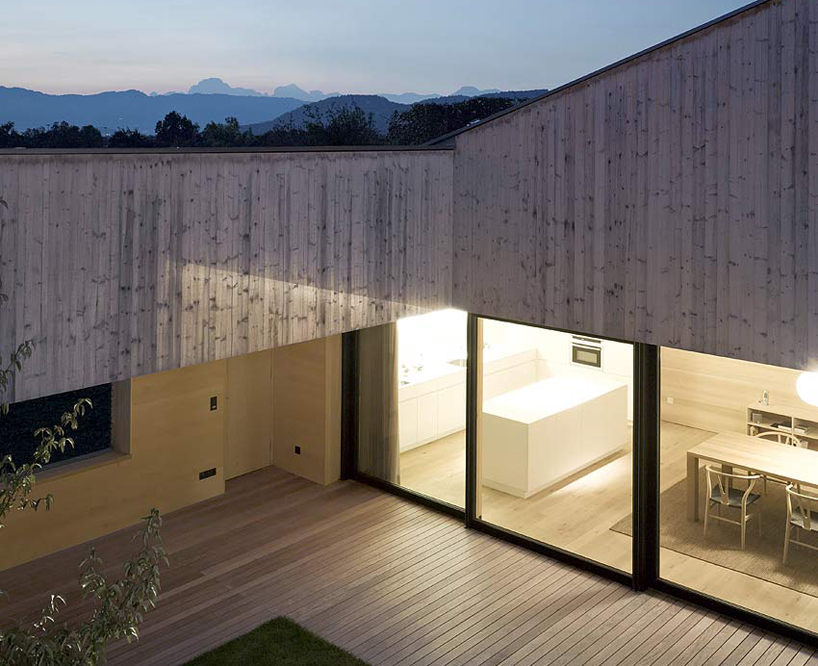 looking into courtyard from above 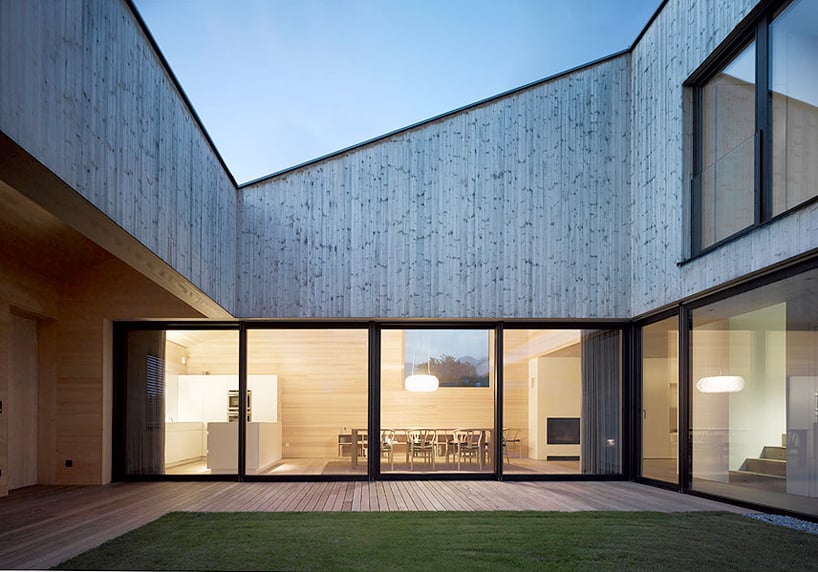 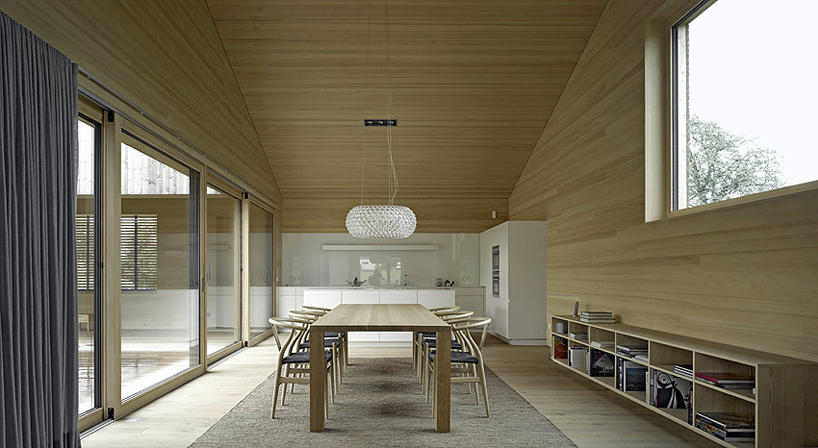 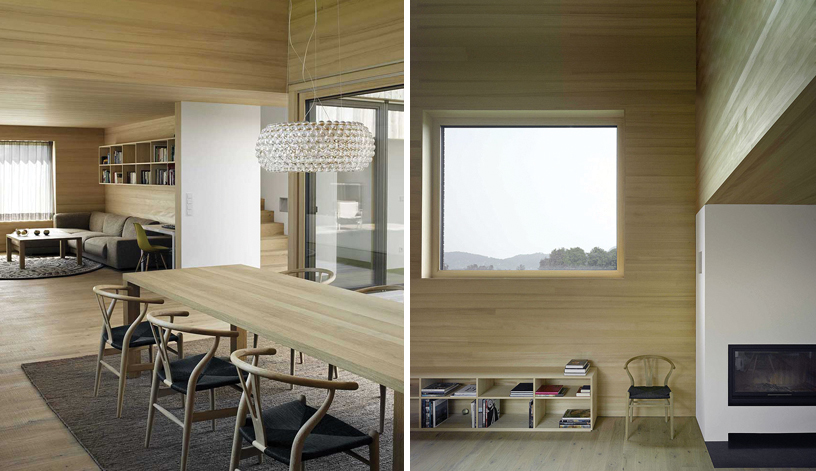 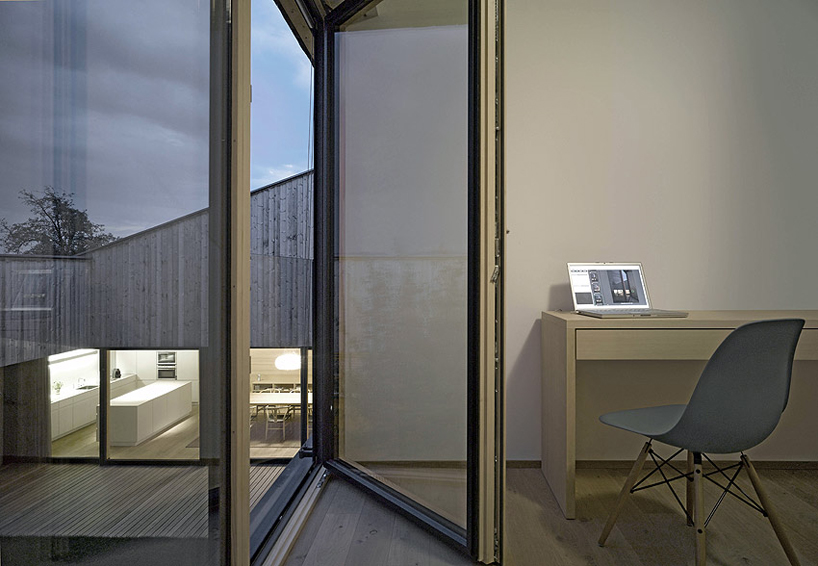 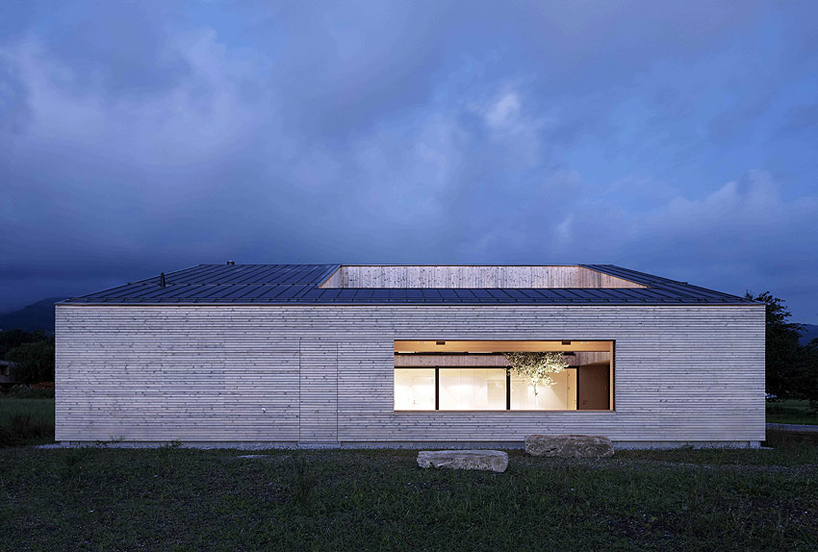 back facade at night