the new silverlake conservatory of music in hollywood is housed inside an ubiquitous bowstring truss warehouse designed to facilitate and foster a vibrant community for children, adult students, and practicing musicians. the non-profit music education center, opened its doors 15 years ago and with the completion of the renovation, the space has been turned into a musical village, emphasized by the free-standing pods inserted at the heart. 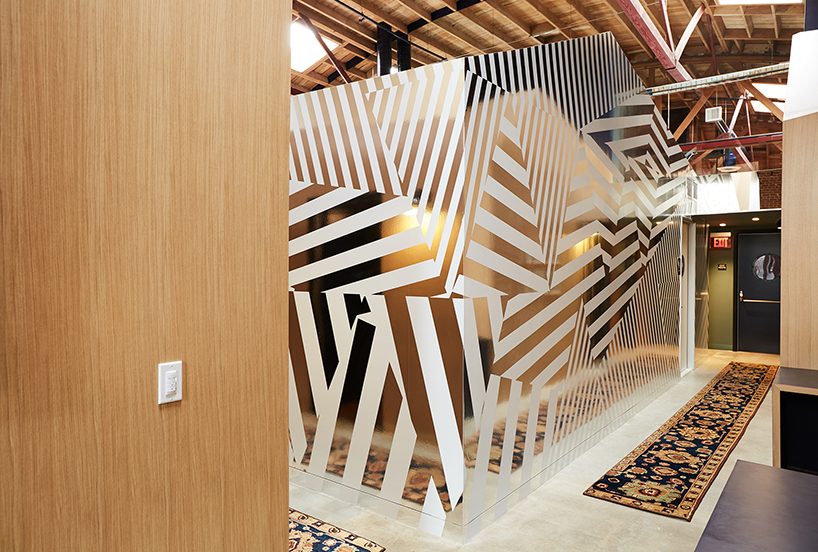 the design by bestor architecture begins with an inviting lobby and music shop that leads directly onto the street and is open to the public. the original brick walls have been carefully restored and the wood bowstring truss ceiling has been refreshed to bring warmth and materiality to an interior that is now a light-filled temple of music and creativity. the volumes that create the village-like character house music studios and practice rooms, their enveloped finished in different patterns. the materials were chosen according to their influence in acoustic performance within the space. 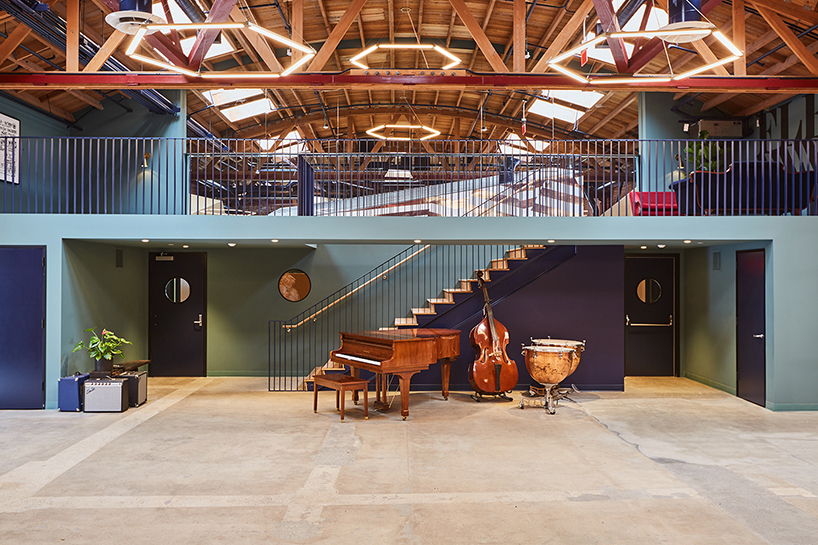 light fixtures are made of wood instead of metal, and carpet absorbs sound from instruments. the large dedicated performance space, which is open to the public and can accommodate 150 guests, is flexible enough to showcase musical performances that range from classical to rock to choir. 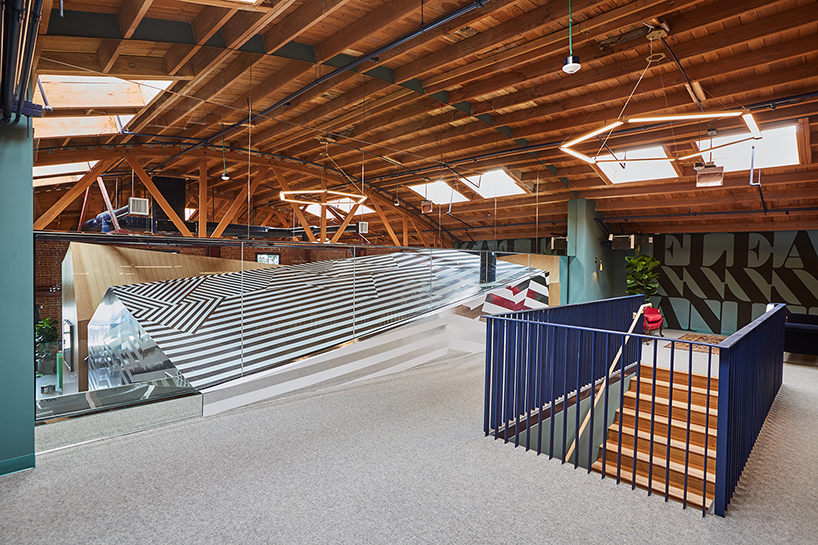 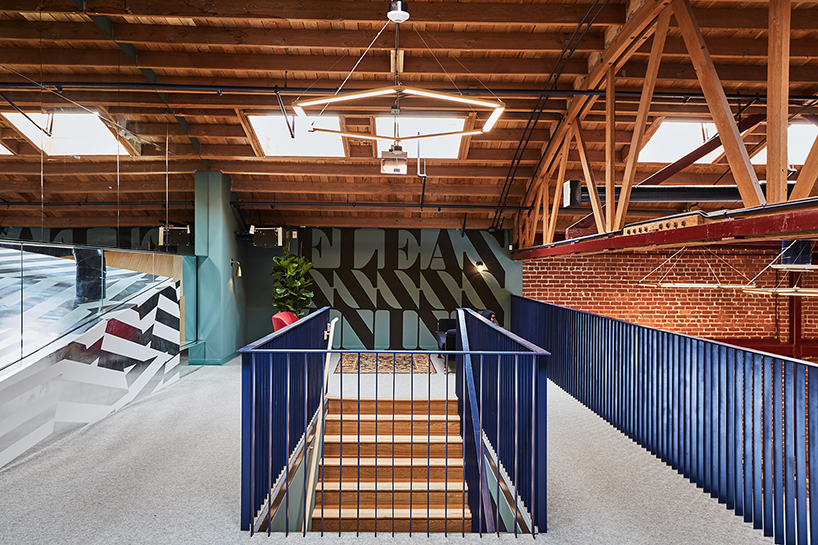 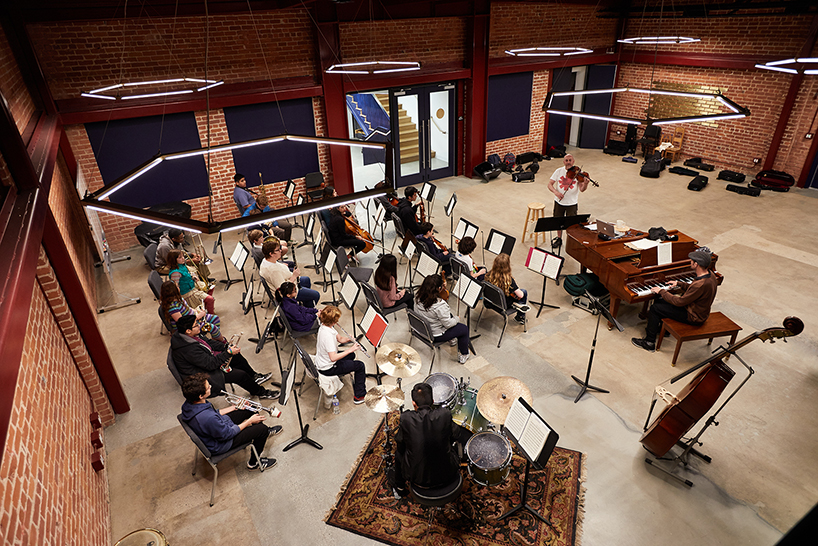 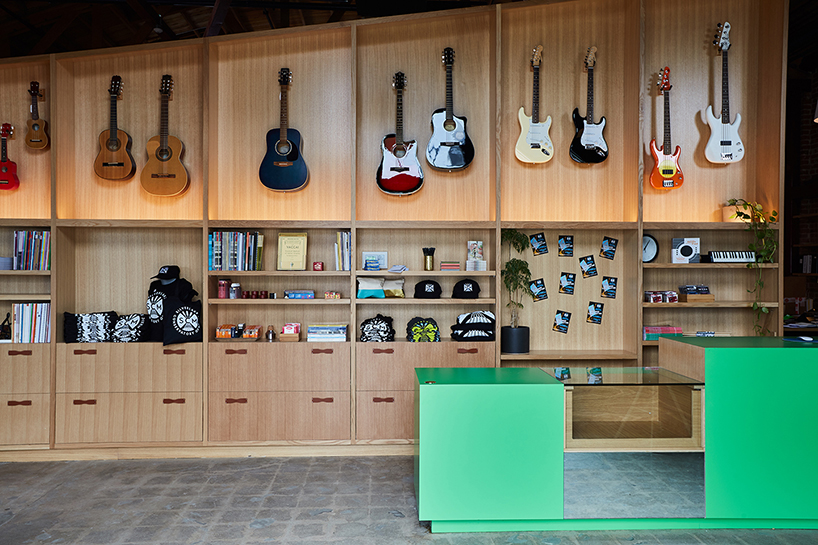 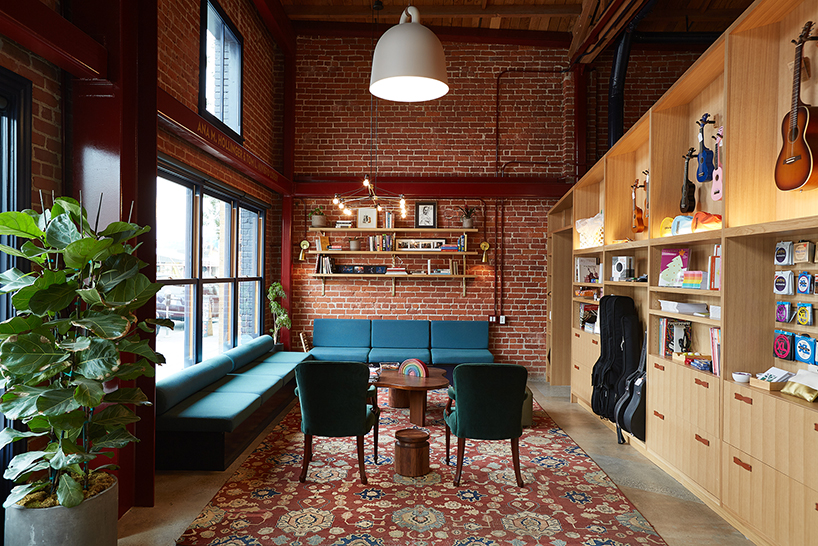 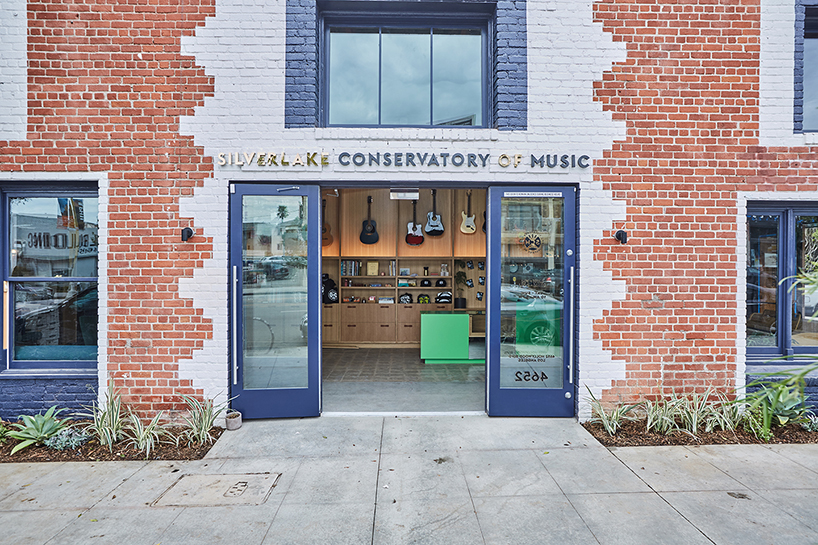