designboom has just visited the construction site of the ‘phoenix international media center’ located in beijing, china. designed by chinese based shao weiping + BIAD_UFo, the multipurpose program will contain facilities for television programming, offices and various businesses. the curvaceous shell is conceptually derived from the mobius, a continuous strip with no beginning or end. an expansive glass facade wraps around the monumental atrium reaching a grand thirty meters in height creating a chimney effect to ventilating the spaces. separate sheltered rooms containing programmatic spaces protect individuals from direct sunlight.

a 55 meter high structural diagrid supports the expansive glass curtain wall bringing ambient light into the sweeping interior as well as maintaining a visual connection with the adjacent chaoyang park from the various levels of suspended promenades and streets. the steel ribs will channel water into a collection tank which will then be filtered and distributed into the surrounding water features and landscape. the double skin facade will reduce energy consumption and maintain comfortable temperatures within the building in winter and summer. 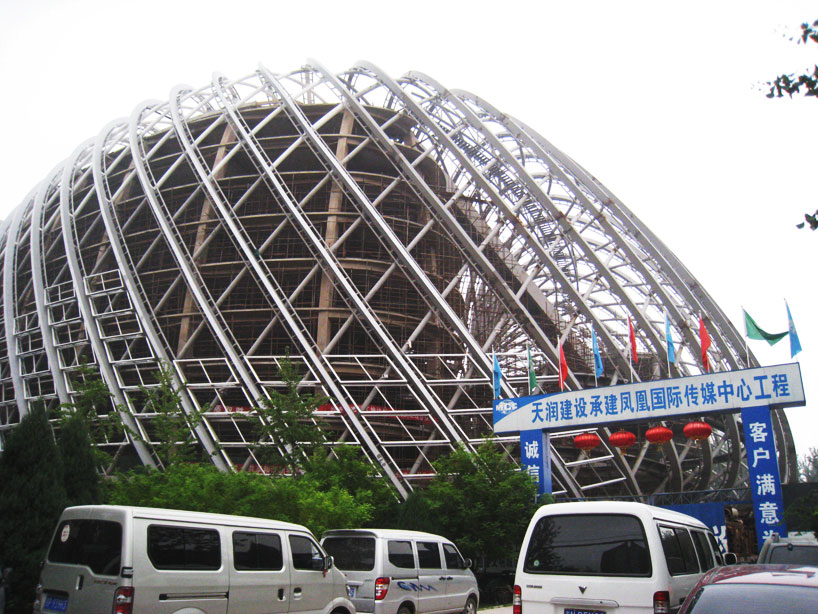 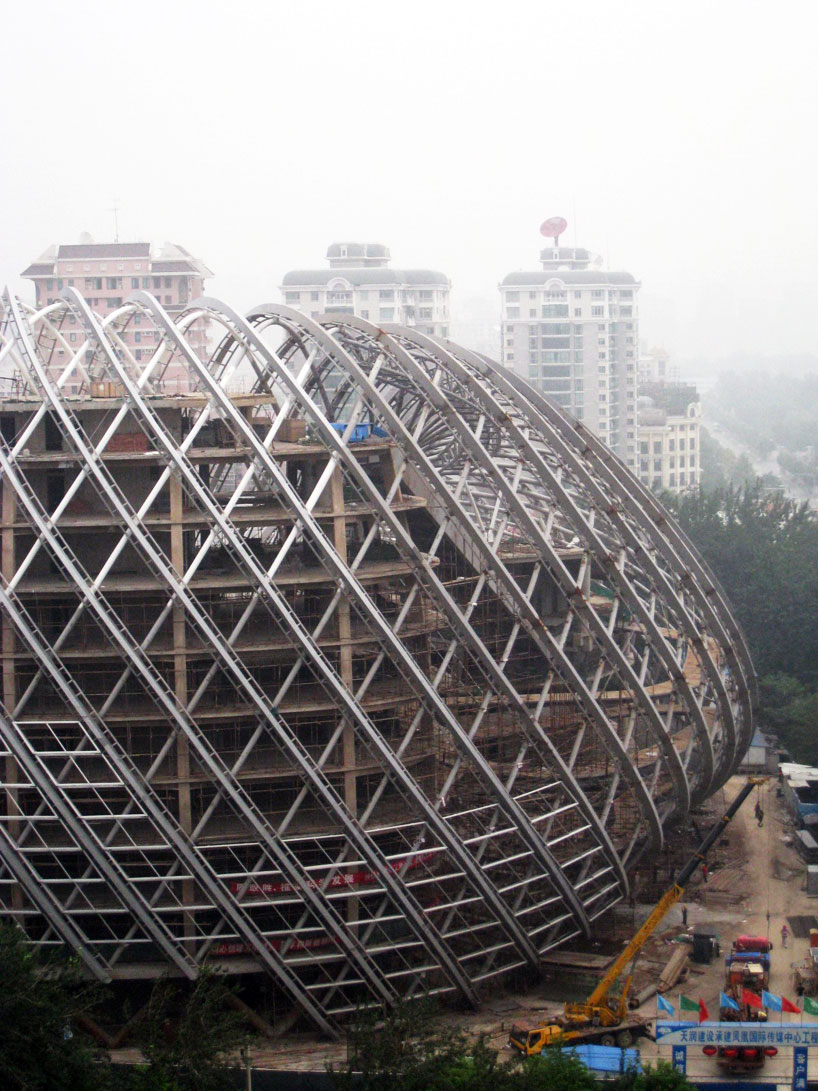 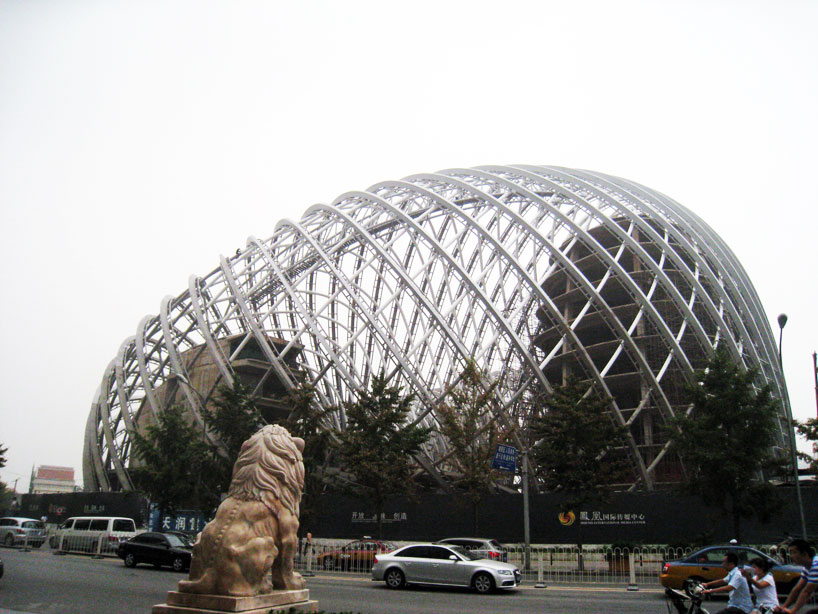 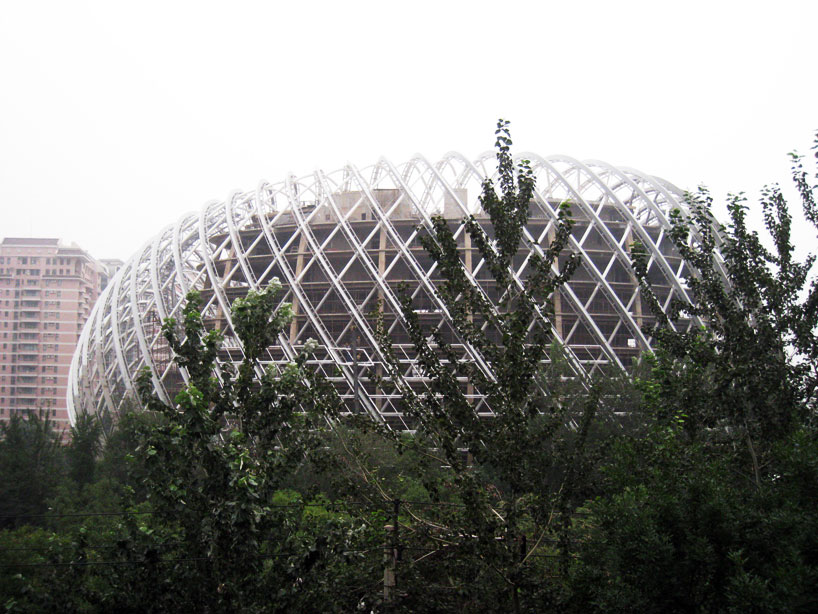 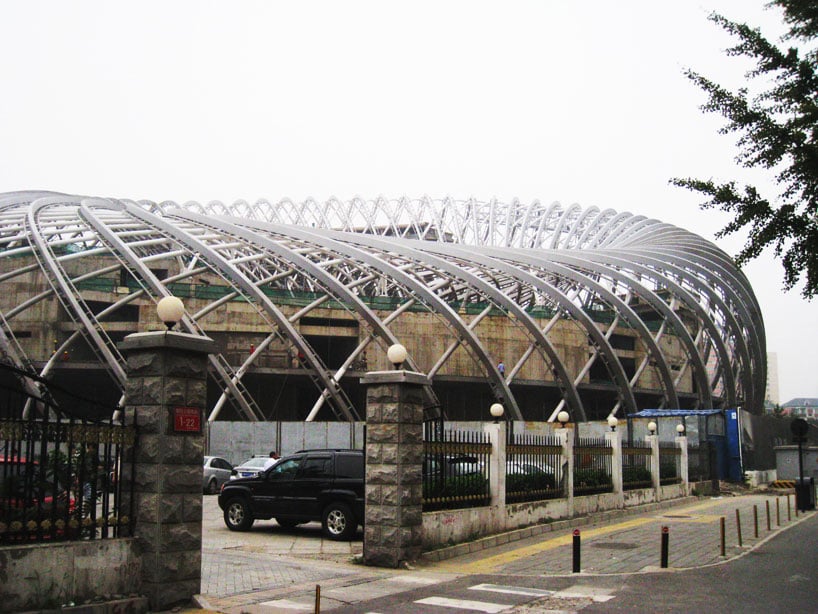 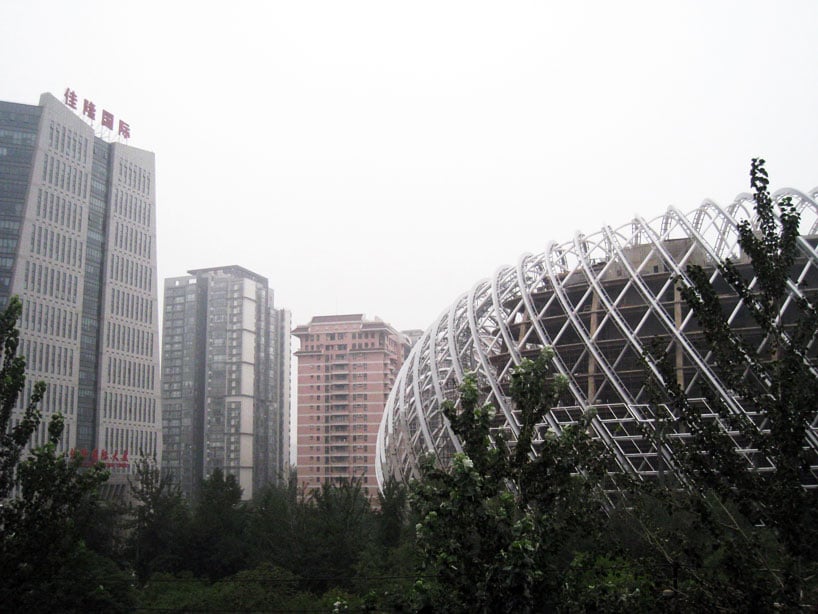 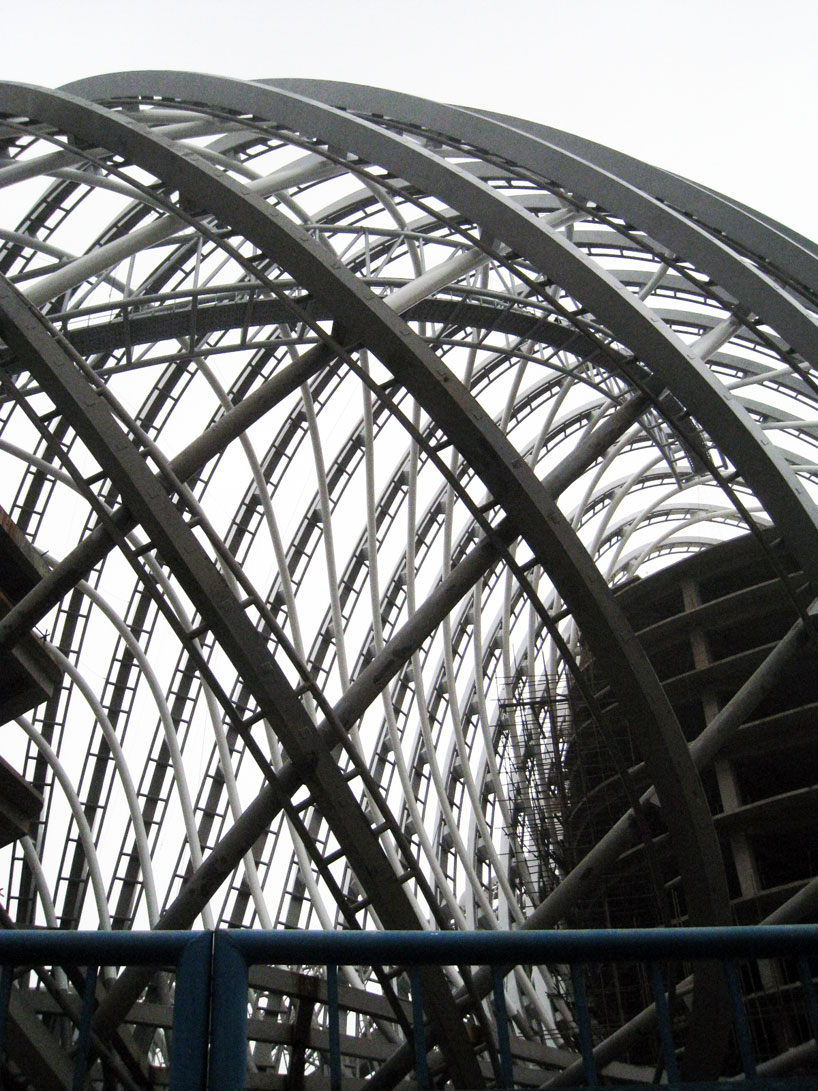 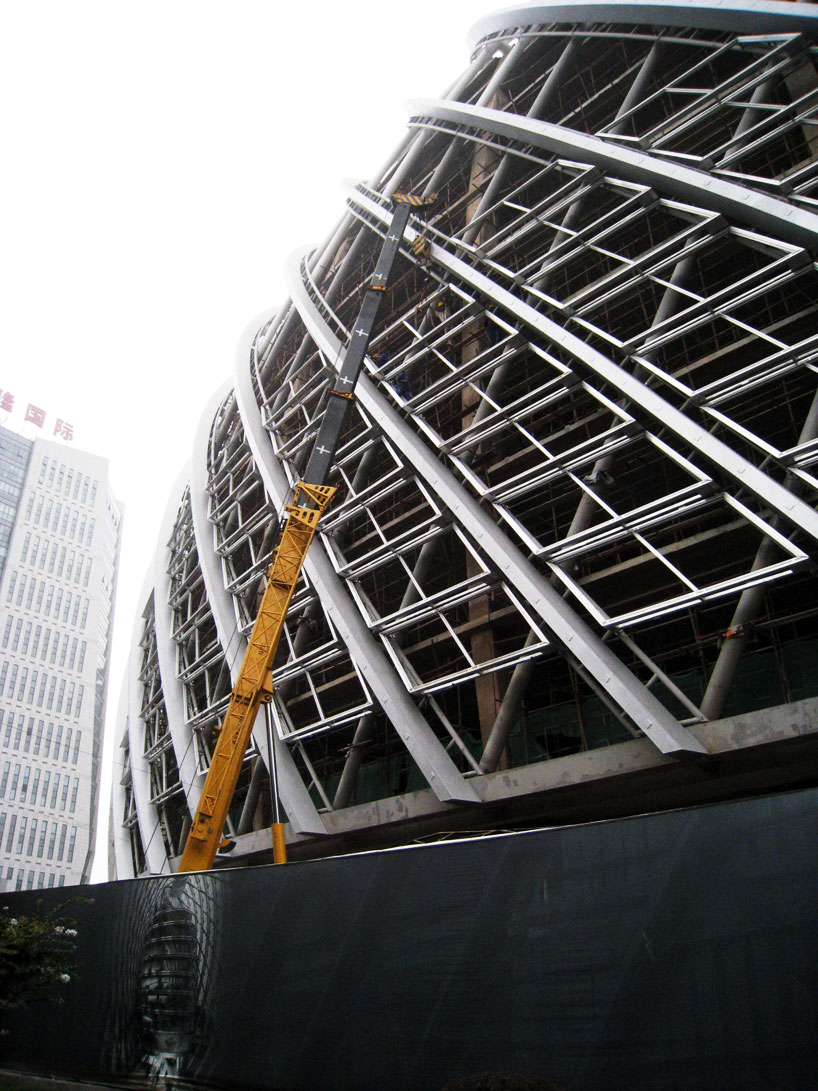 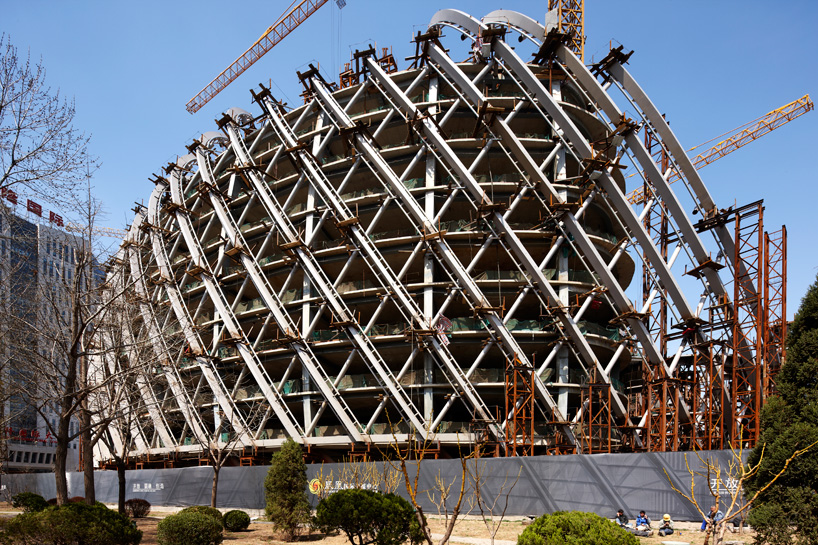 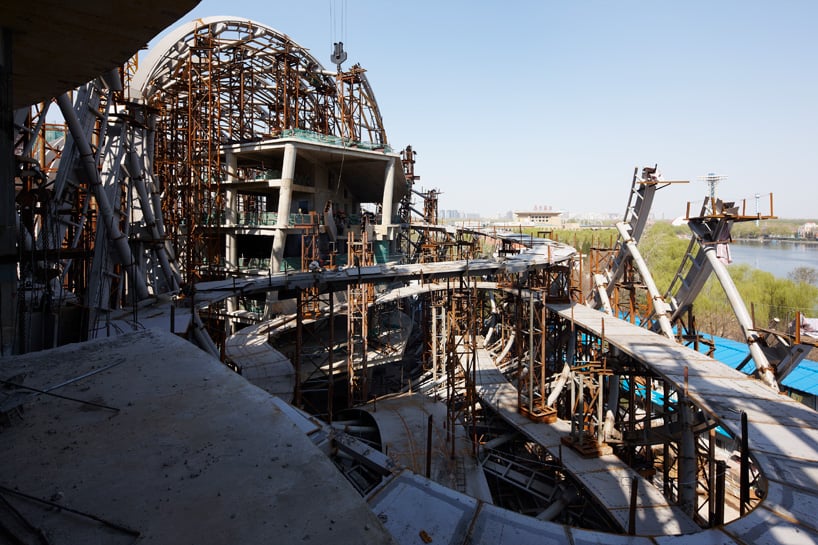 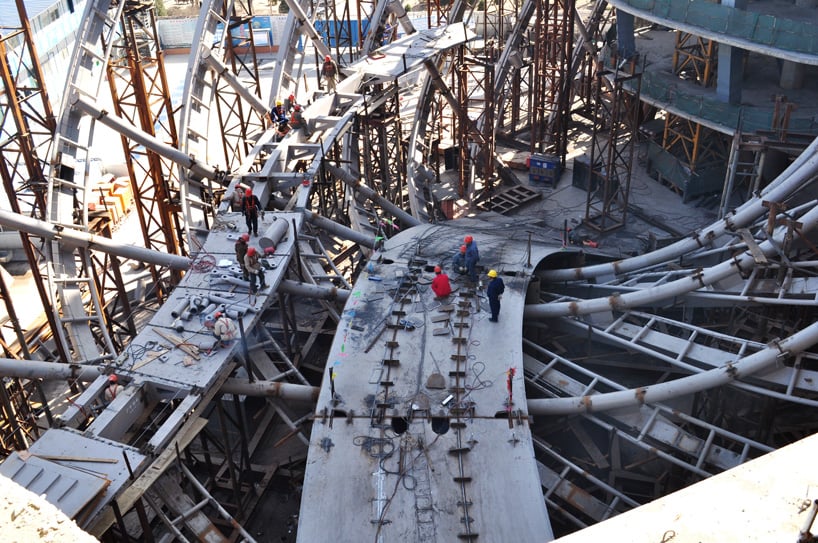 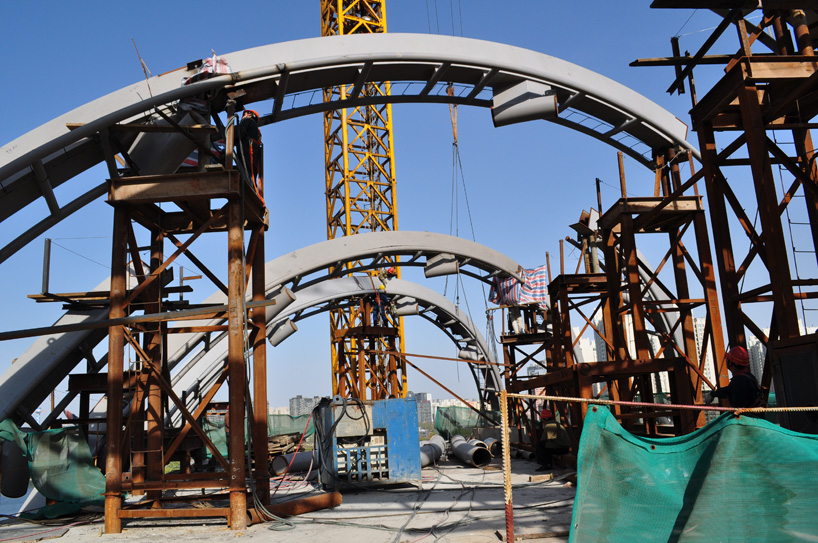 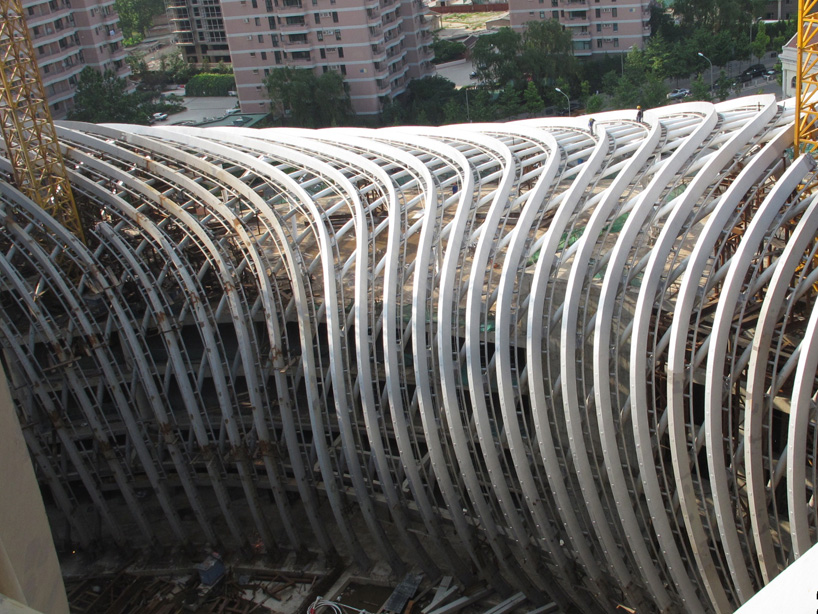 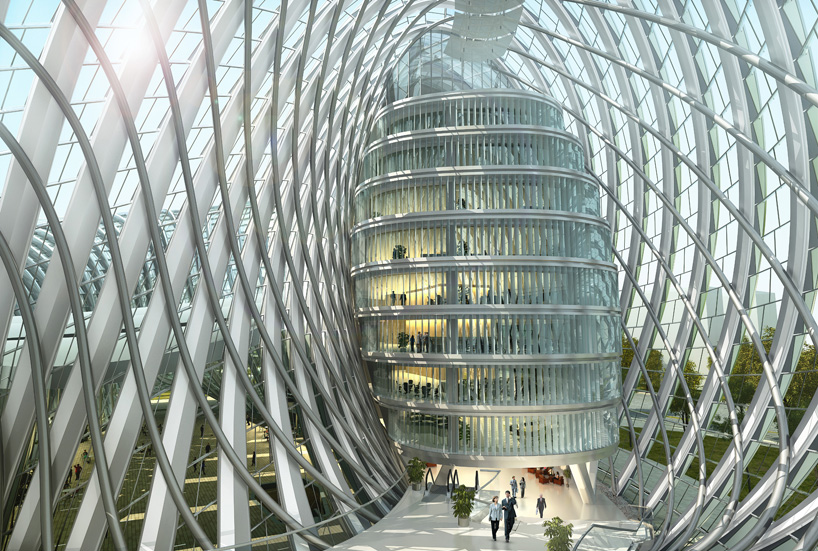 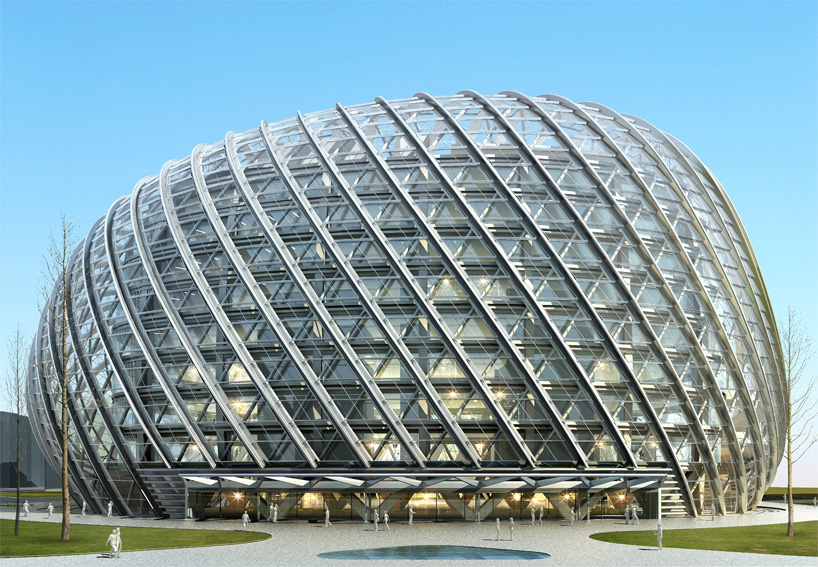 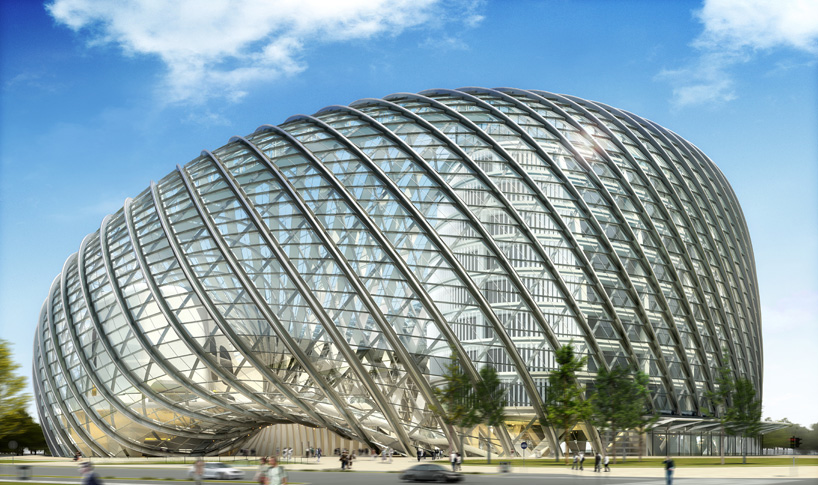 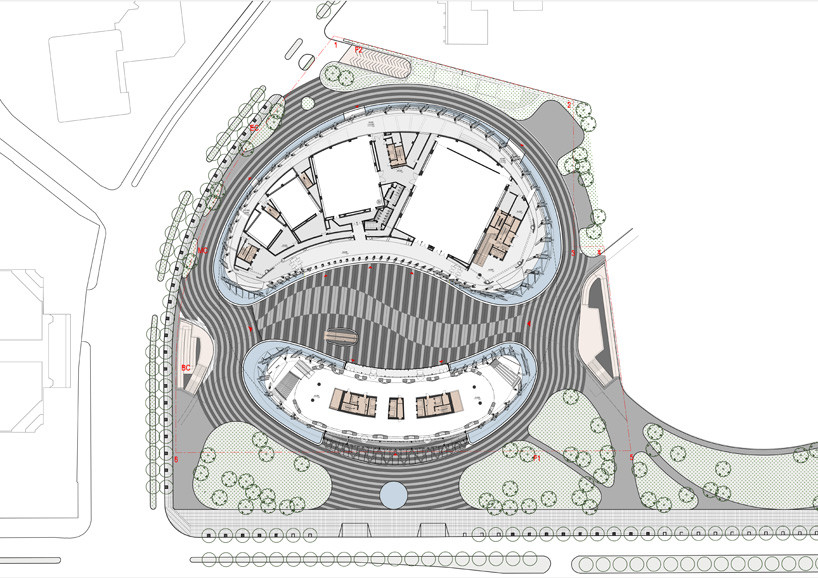 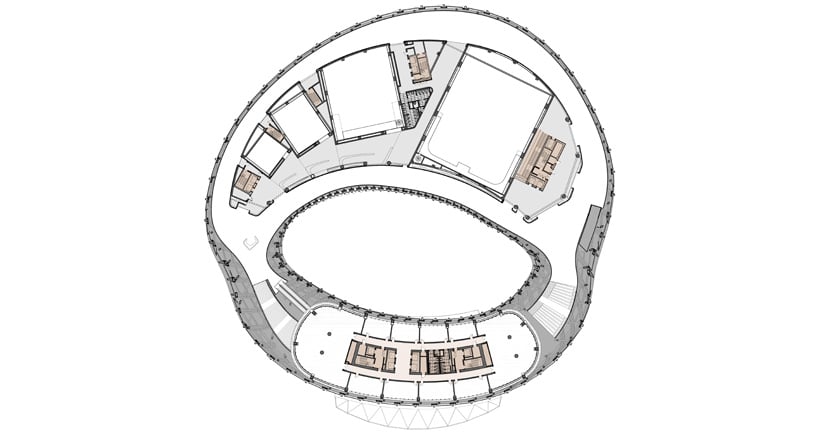 this project is currently being exhibited as part of the ‘verso est’ – chinese architectural landscape at the MAXXI in rome, italy. curated by fang zhenning, the international exhibit for chinese art and architecture will continue though october 23, 2011.