BIG’s design has been selected for the Gastronomy Open Ecosystem (GOe) for the Basque Culinary Center at the heart of San Sebastián, Spain. The proposal was chosen among five architects including OMA, Snøhetta, 3XN and Toyo Ito & Associates. 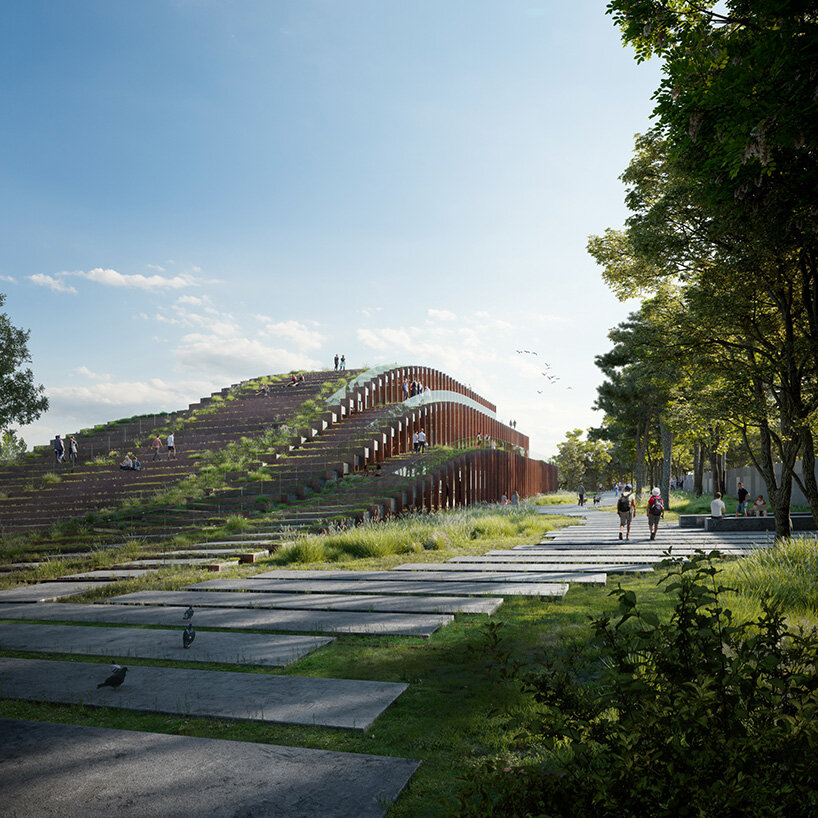 (main and above) image by playtime

‘AN ARCHITECTURAL EXTENSION OF THE DRAMATIC LANDSCAPE’ – BJARKE INGELS

‘We have had the great pleasure of collaborating with one of the most brilliant minds in modern gastronomy with our design for Rene Redzepis NOMA in our native Copenhagen,’ said Bjarke Ingels, Founder and Creative Director, BIG-Bjarke Ingels Group. ‘We are more than excited to take our architectural exploration of the world of Gastronomy to the next level with the work for The Gastronomic Open Ecosystem in San Sebastián.’

BIG’s design for the GOe food innovation hub in San Sebastián will bring together food start-ups, researchers, and chefs under one roof. Situated in a terrain with a 10-meter height difference, the building rises from the first floor, using the height difference to enhance the public space, creating a connection to the adjacent Camino de Santiago pilgrimage route. ‘Conceived as an architectural extension of the dramatic landscape and cityscape of San Sebastián, our proposed design liberates the ground and provides parks on the roof to invite the public life of the city to engage with the art and science of gastronomy,’ Bjarke Ingels continued. ‘Located on the heralded Camino de Santiago de Compostela – we believe that this architectural fusion of gastronomy and technology, city and landscape, building and park has the potential to become a destination in its own right for culinary pilgrims from around the world.’ 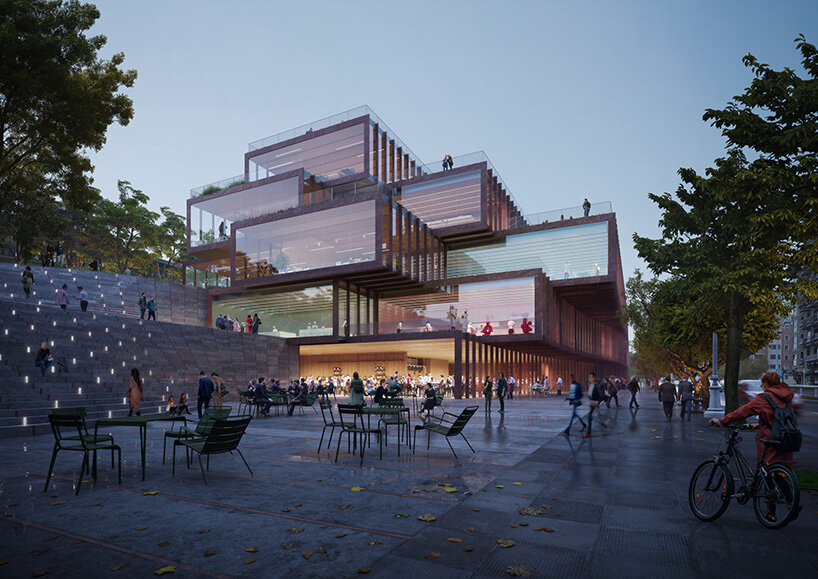 The building’s design creates a covered public plaza at street level, directly connected to the Camino de Santiago pilgrim’s path. It then rises, resulting in a series of terraces and recessed windows that showcase the activity in the kitchen, labs and classes to the public.

‘Starting from the modularity of an optimal kitchen, we configured the new GOe and its public and private programmes as a grid – the facade is carried to the roof extending the landscape and the building’s many public spaces and exterior programs in a continuous motion. Gently waving up from the ground, GOe will be a good neighbour and citizen in San Sebastián, offering a window into global gastronomic discovery while creating new public spaces, plazas, parks, and views,’ said João Albuquerque, Partner, BIG Barcelona. 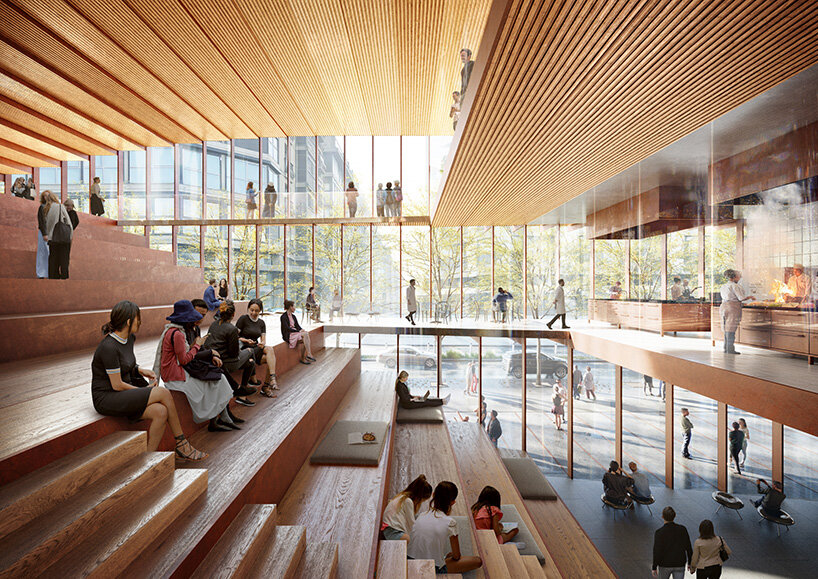 The entrance leads directly into the Gastro Hall, a central space that runs from the first floor all the way up to the roof. Doubling as an amphitheater, the grand staircase connects all programs and levels, creating a direct visual connection with the events and lectures. Visitors can also witness the kitchens from here. Climbing the stairs, visitors can continue into the auditorium, public terraces, or experience world-class cuisine at the top floor restaurant. The kitchens and laboratories feature industrial materials, while the public parts use natural ones. 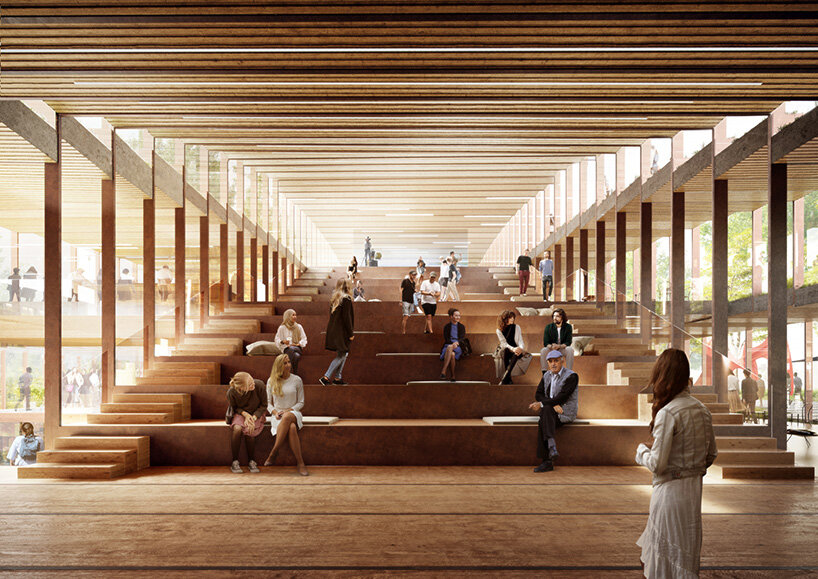 ‘GOe – Gastronomy Open Ecosystem – represents the future strategy of Basque Culinary Center, consolidated in the Gastronomy 360 vision,’ said Joxe Mari Aizega, General Director of Basque Culinary Center. ‘It is a space in which talent, research, innovation and entrepreneurship converge with the aim of becoming an international benchmark that will explore the limits and future of gastronomy. BIG’s proposal — Olatuen bidea – Camino de las Olas — represents GOe’s open, collaborative and participatory spirit. A building that is not only integrated into the city, but also generates new spaces for dialogue and connection. A project that, thanks to public private collaboration, will strengthen the positioning of Donostia-San Sebastian as a territory where the future of Gastronomy is imagined and created.’ 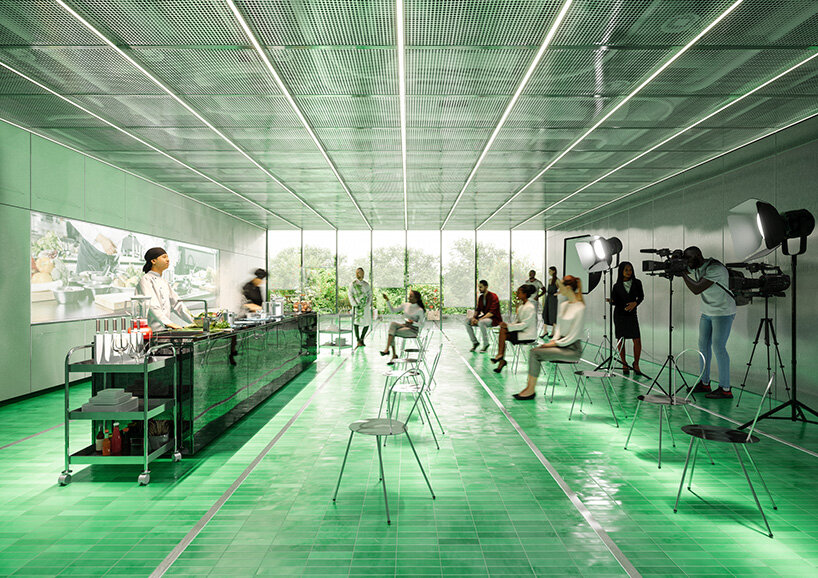 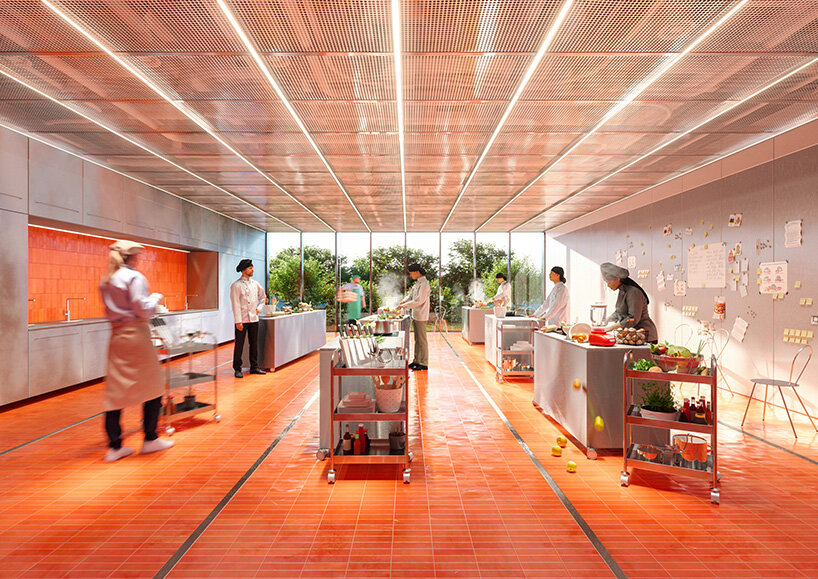 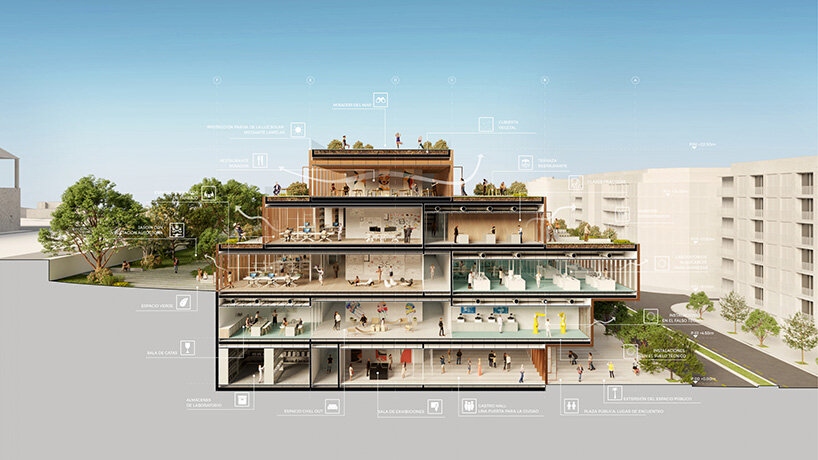 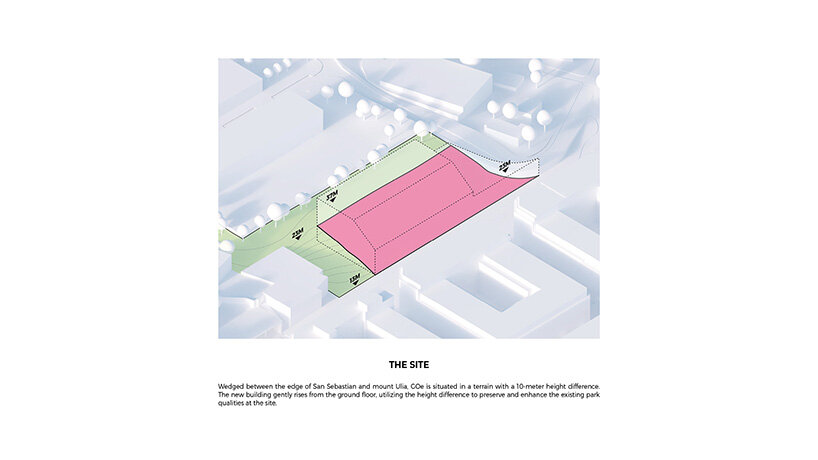 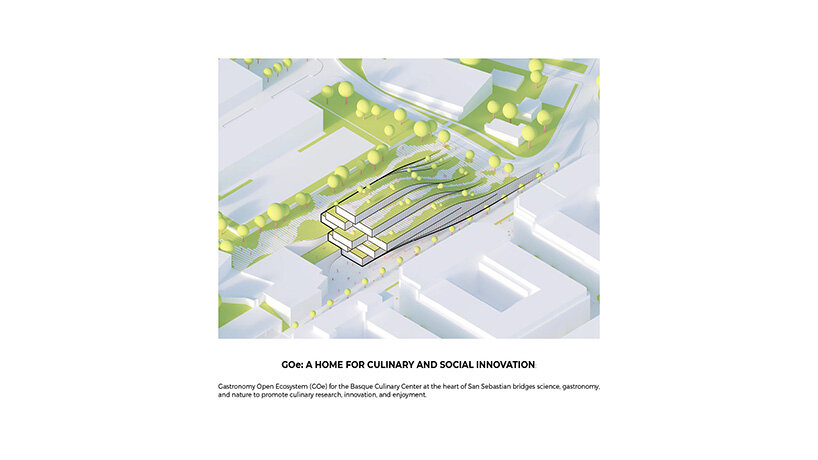 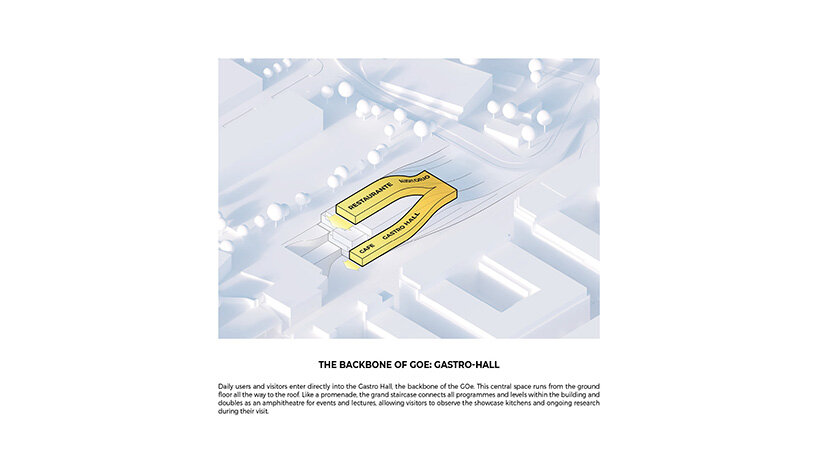 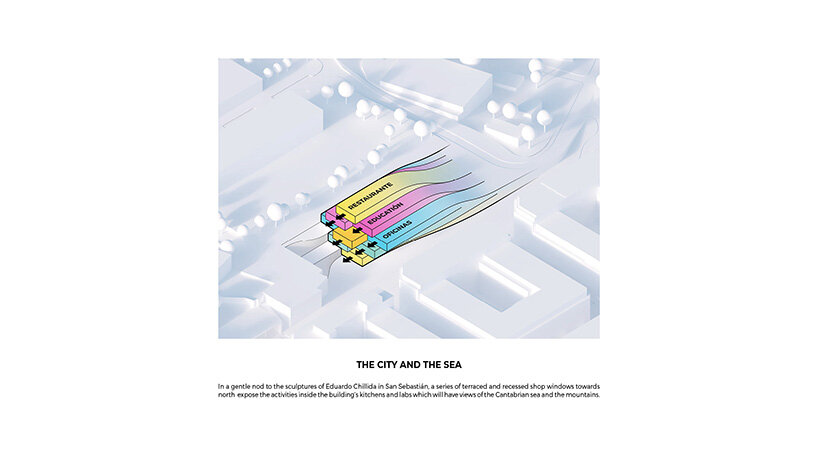 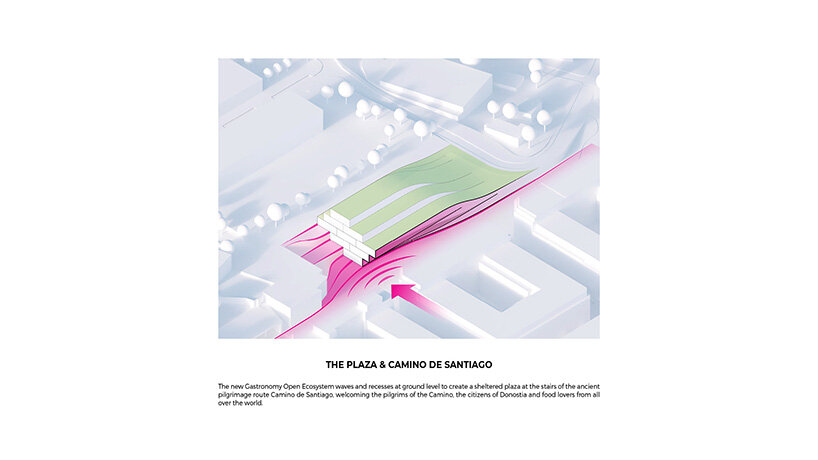 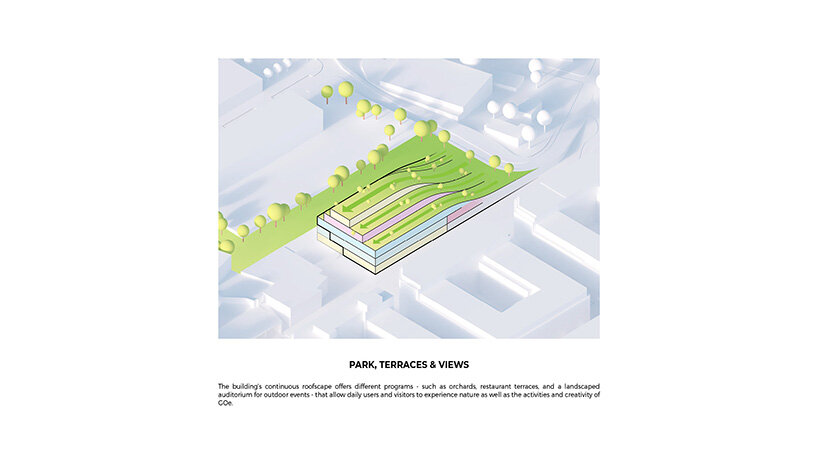 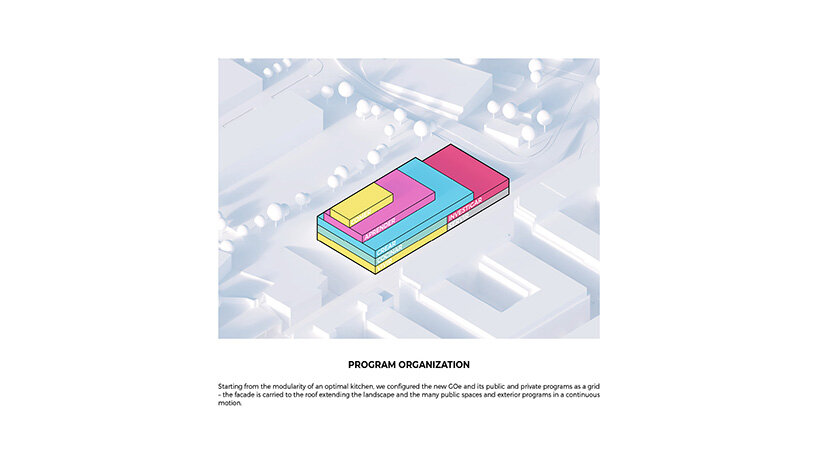 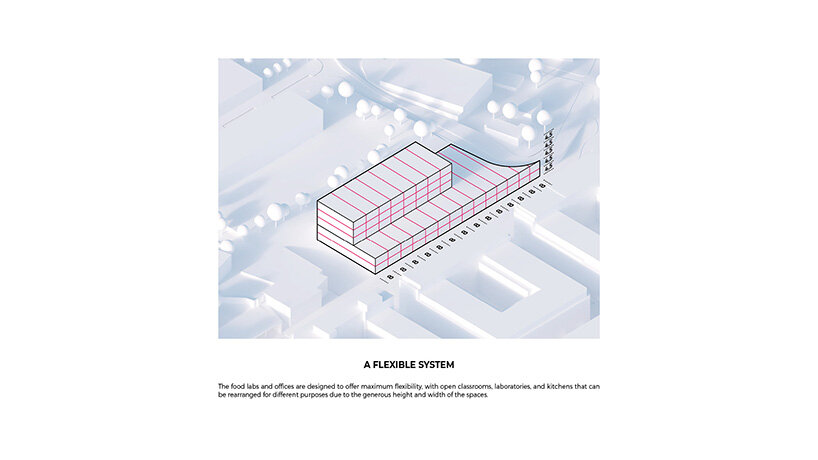