one of canada’s largest telecommuncation companies, telus, just unveiled a BIG-designed ‘telus sky tower,’ a 58-story development set to supersede the basic functions of a cell phone tower with 430,000 square feet of incorporated offices, 15,000 square feet of retail stores and 341 residential units for rent. the mixed-use project aims to feed calgary’s exponentially growing economy and further establish the alberta city into a major cosmopolitan center. with a price tag of about 400 million USD and a projected 250 local jobs generated during construction, the telus sky tower will stand in the downtown core and occupy the site of the former art central building– irrevocably shaping the calgarian skyline.

a fabric of tessellated glazed modules will characterize the building envelope and provide a dynamic, reflective skin. corporate programming and urban vitality are balanced what with telus itself as the anchor tenant and measures like a 5500 square foot public gallery, set to bolster the already thriving local arts community. already renown for an exemplary level of eco-mindedness, the oil-rich, western canadian urban center is set to house the LEED platinum building by 2017. telus sky is slated to contain a whole block energy sharing center as well as use 35 percent less energy than similarly sized projects, with plans underway to improve that figure to 80 percent. 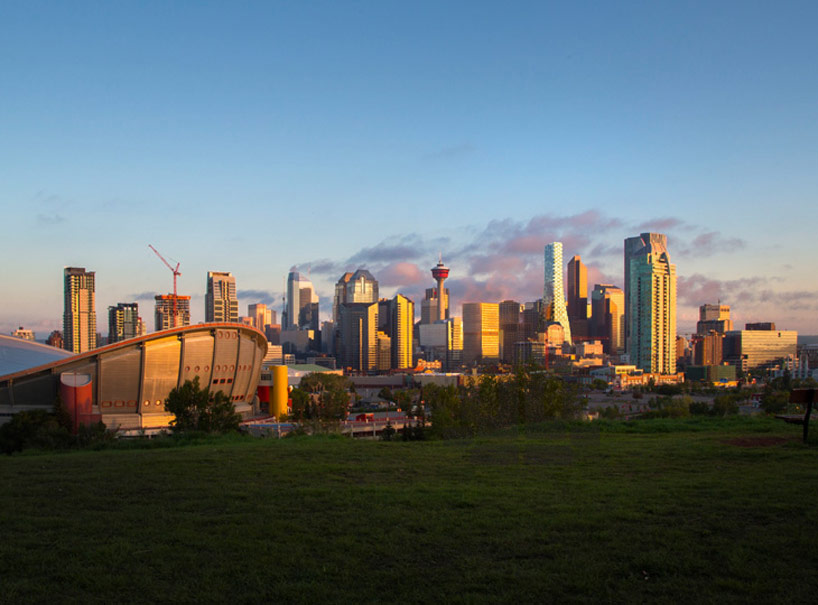 while the tower will be shorter than the bow building, it will be rank among the tallest in the city 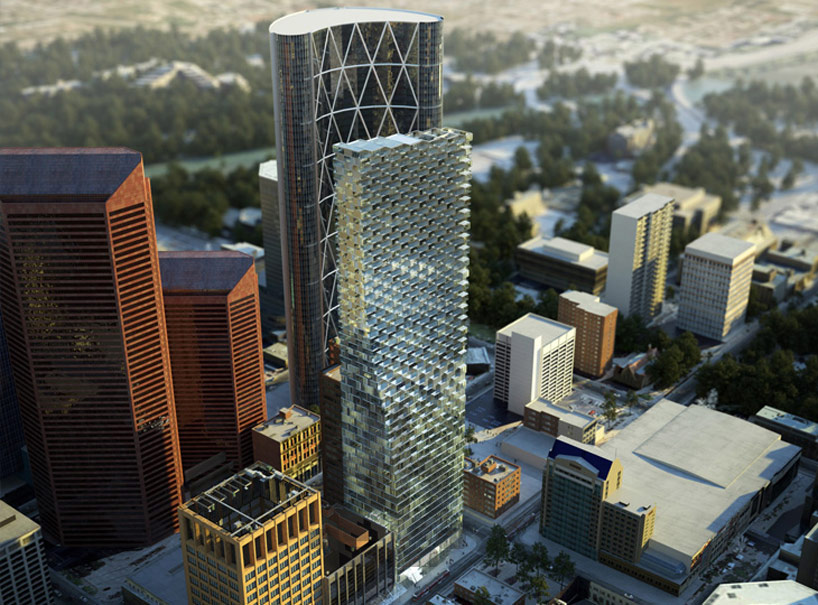 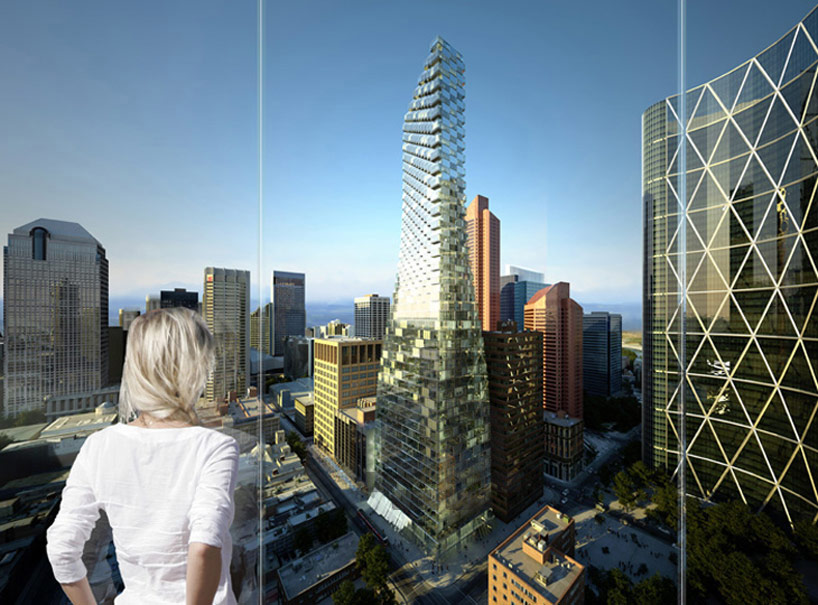 mixed use programming will add to the already vibrant urban core