BIG’s the smile is the first building in new york city to outfit some of its apartments with a modular furniture system by bumblebee spaces. designed by former apple and tesla engineers, this space-enhancing system features a ceiling-mounted grid that can hold several tons of weight, allowing furnishings and storage to come up and down depending on the resident’s needs. 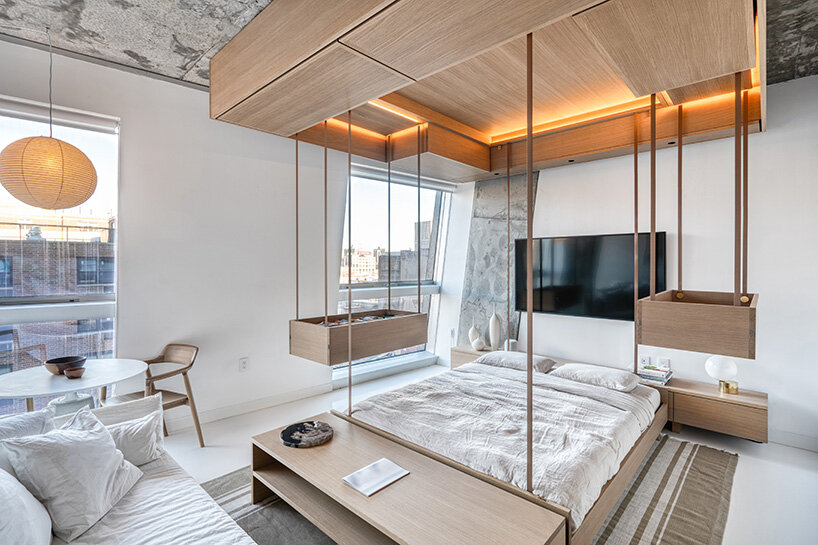 bumblebee has already outfitted five apartments at BIG’s the smile with its modular furniture. the system’s principle is to utilize cubic space rather than relying on square meters. fixed to the ceiling, the sophisticated robotic system is able to summon and stow-away storage, bed, desk, and wardrobe into the ceiling.

crafted in wood, the modular system is also equipped with voice control, letting users run it with spoken commands. for example, users can ask the system to bring the bed down when they’re ready to go to sleep, or bring it up once they wake up. the system can also recognize different objects and remember where they have been placed. ‘looking for a hat or umbrella on a rainy day? don’t worry, bumblebee remembers where you put it all!’ 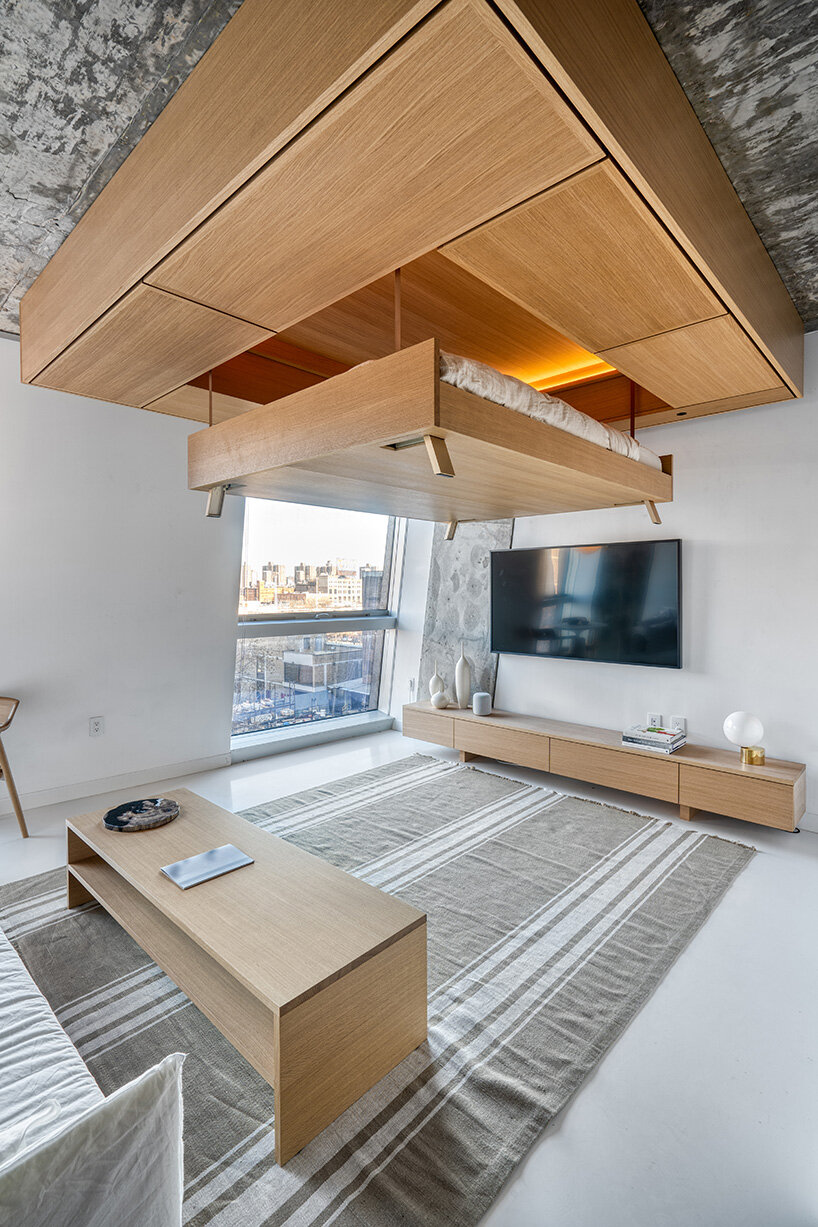 ABOUT THE SMILE BY BJARKE INGELS GROUP

the smile responds to the city’s 1916 zoning resolution, which enforced the construction of ‘stepped façade’ towers to provide the streets with sufficient light and air. BIG’s design curves inwards as it rises upwards to bring daylight into the residential streets while enlivening the vibrant neighborhood.

elsewhere in new york, BIG has completed ‘VIA 57 west’, a hybrid between the european perimeter block and a traditional manhattan high-rise, and is currently working on ‘the XI’, two residential towers near the high line. see more projects by bjarke ingels group on designboom here. 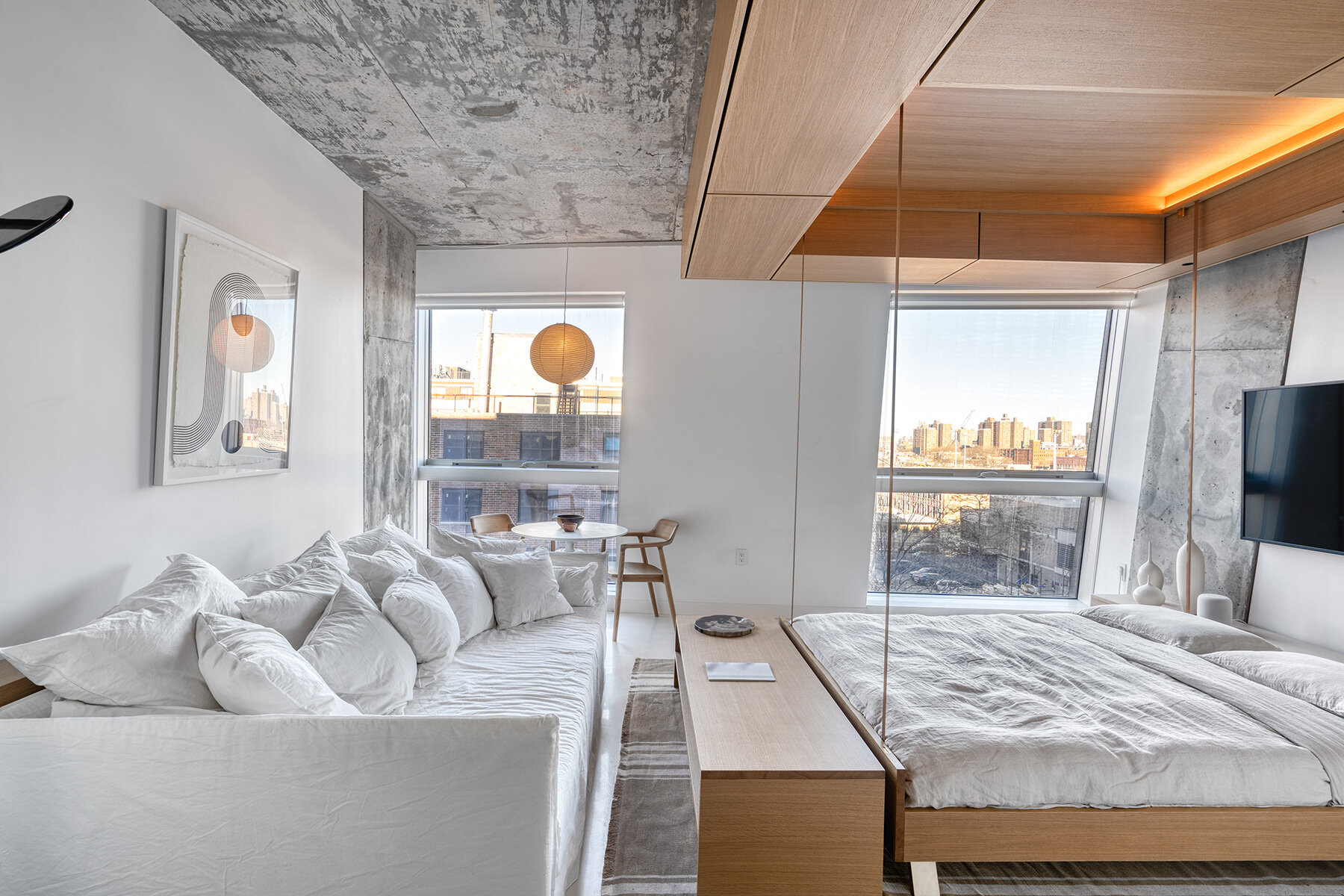 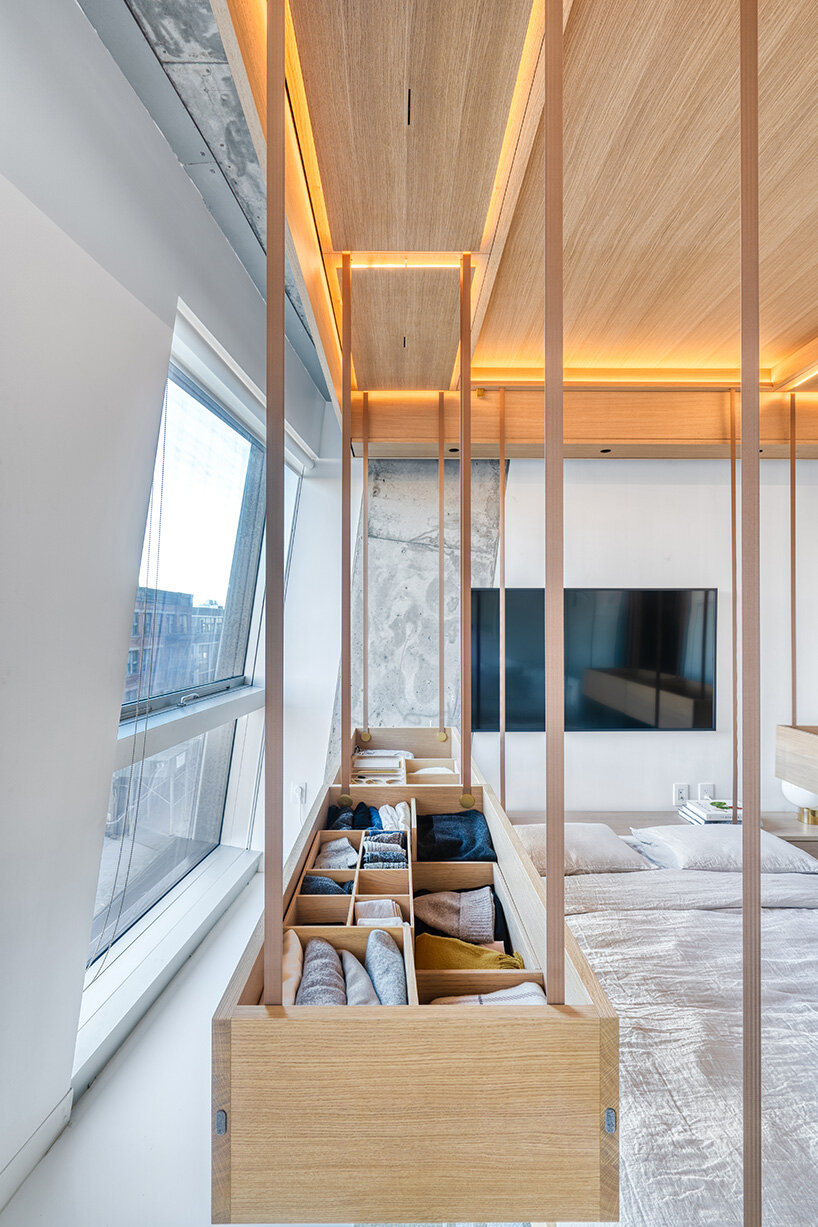 from furniture to storage, bumblebee’s modular system stows everything away 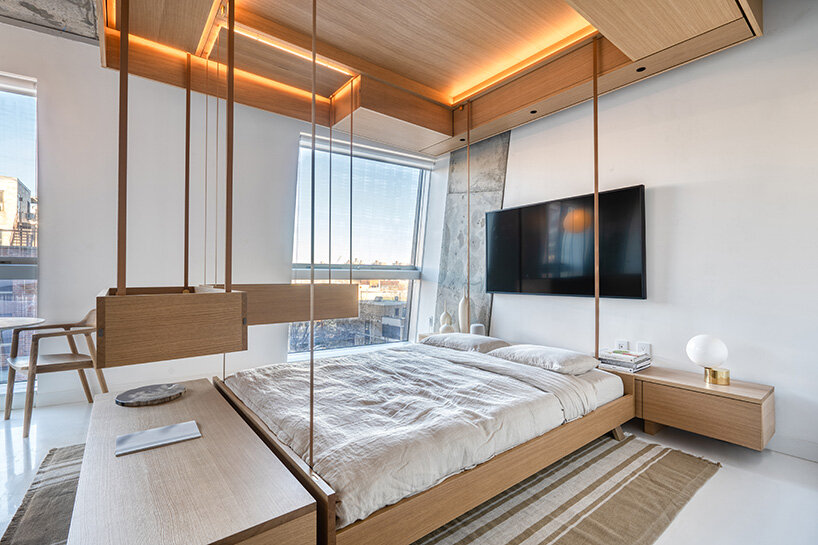 the system was designed by former apple and tesla engineers

found inside: BIG’s the smile in new york city