‘billboard house’ is a small dwelling annexed to one of the large urban canvases ubiquitous in densely populated mexico city. the campaign by scribe, underwritten by a consortium of ad agencies and marketing firms, recently hosted artist cecilia beaven for ten days while she drew the bold and whimsical requests of twitter followers. the prefabricated home served as her living quarters while she painted the imaginary creatures, absurd visions and fantastic dreams populating the minds of people across the city.

the artist speaks about her 10 day experience of living in her work. video in spanish only. video courtesy of scribe 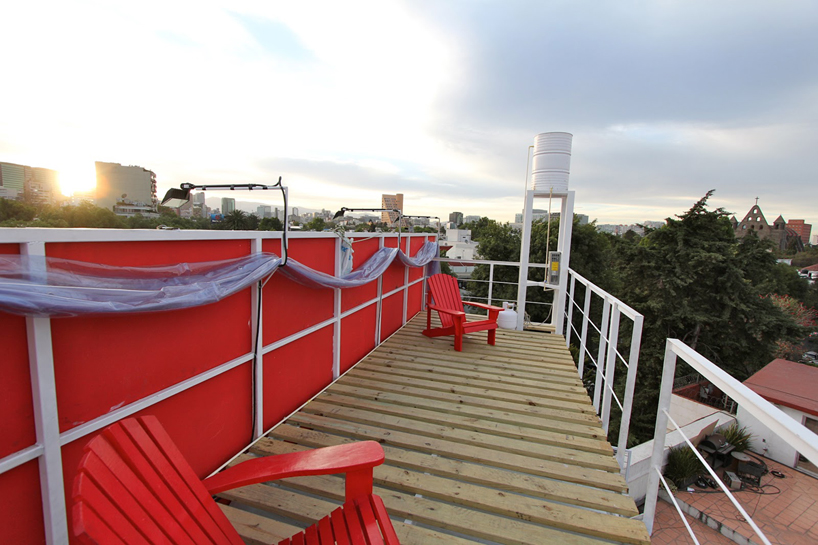 view of the roof deck 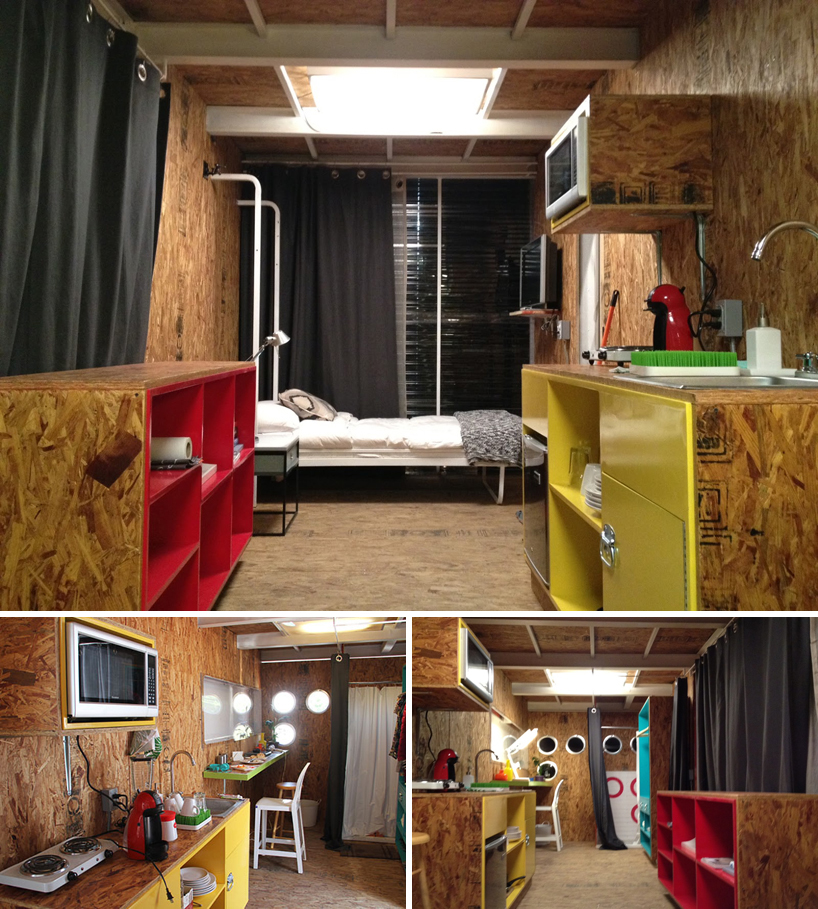 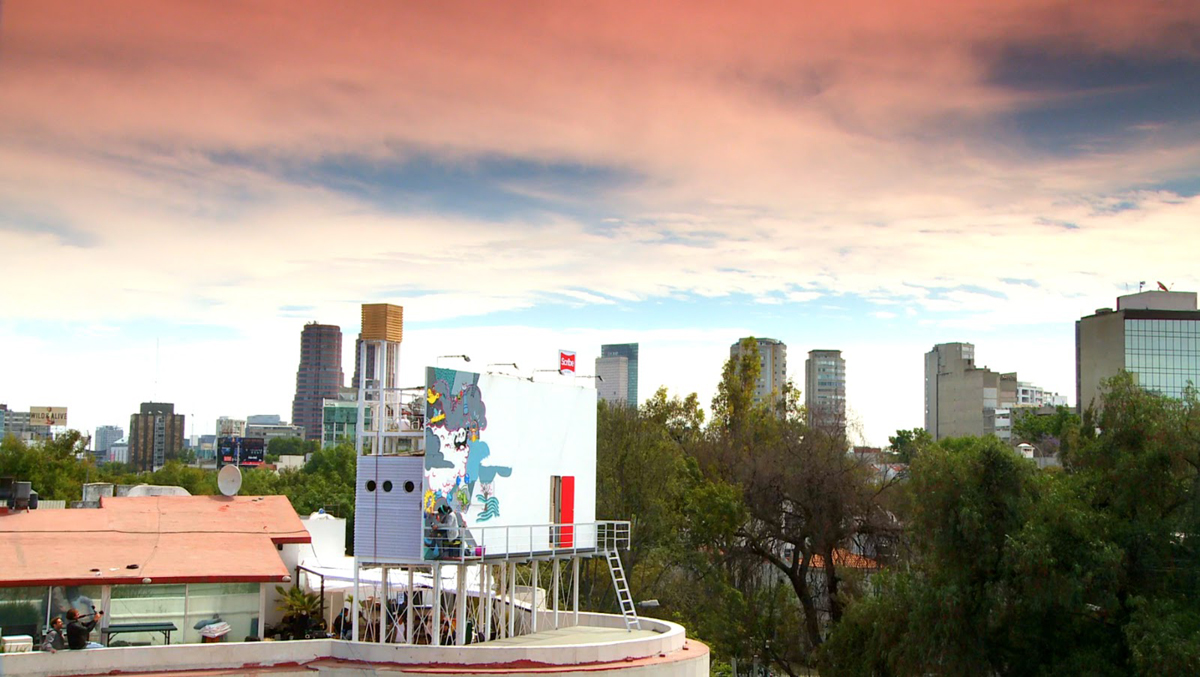 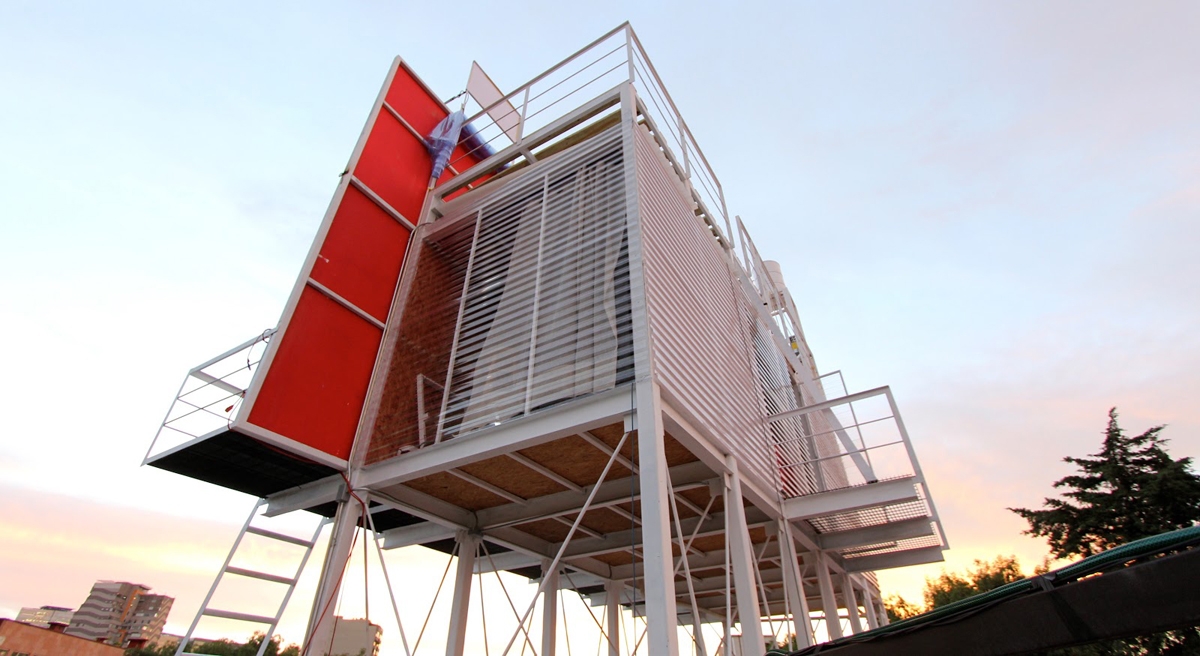 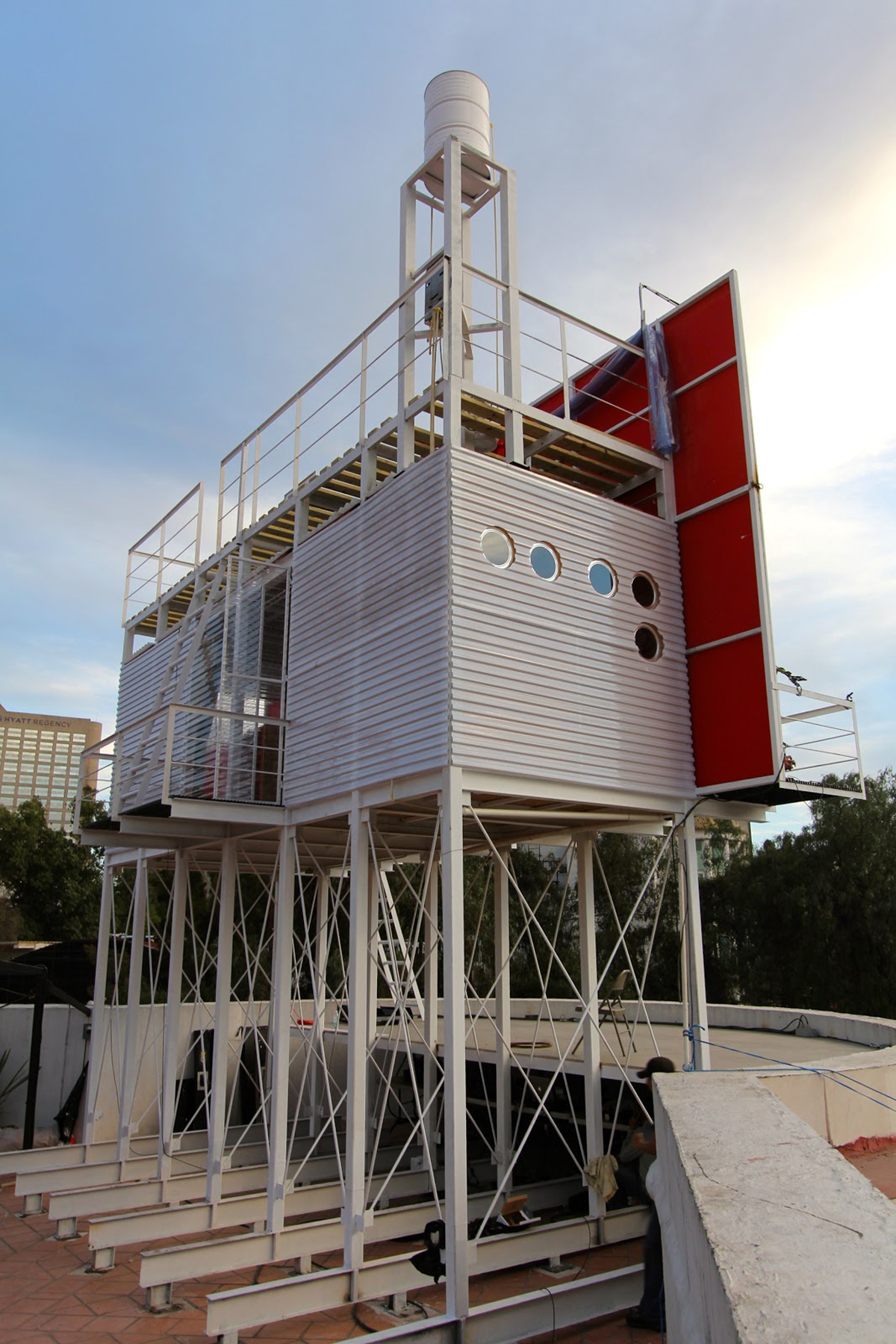 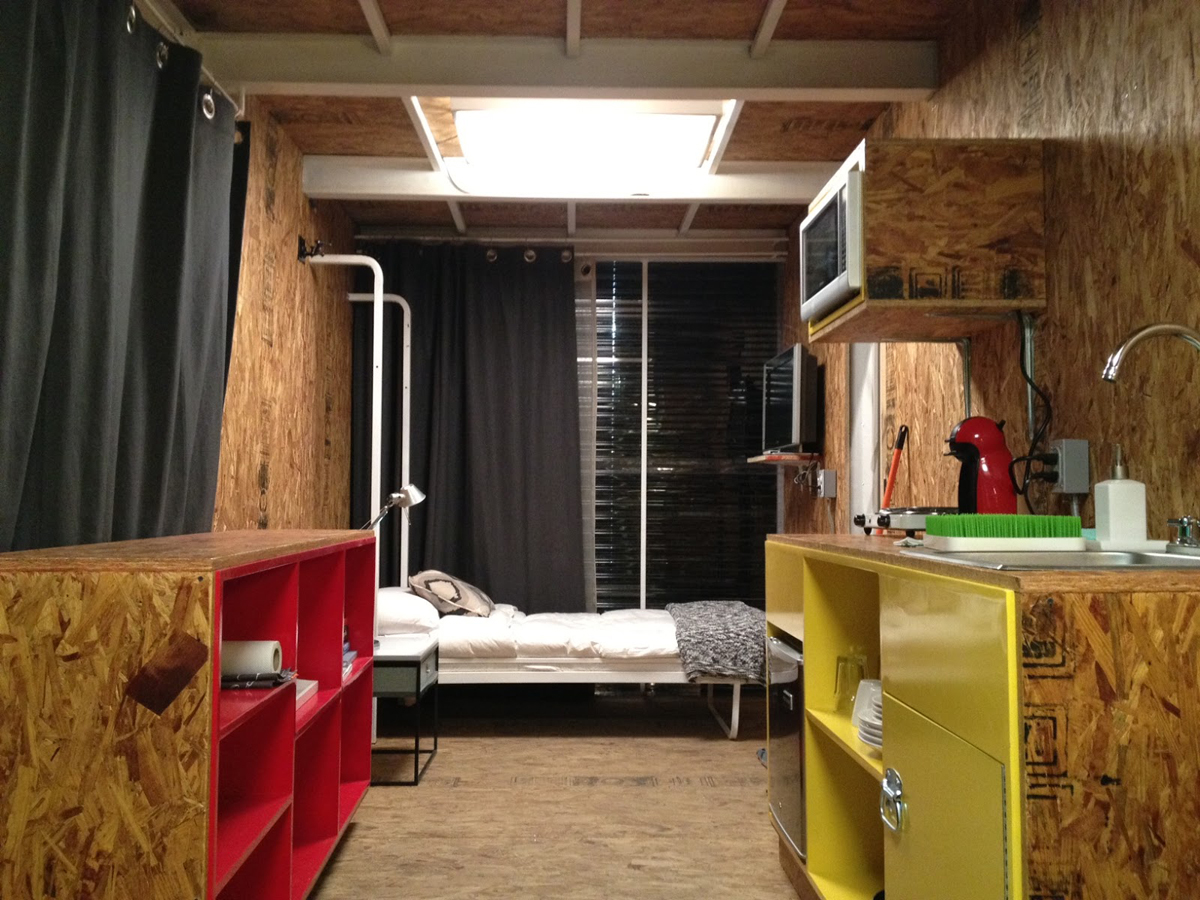 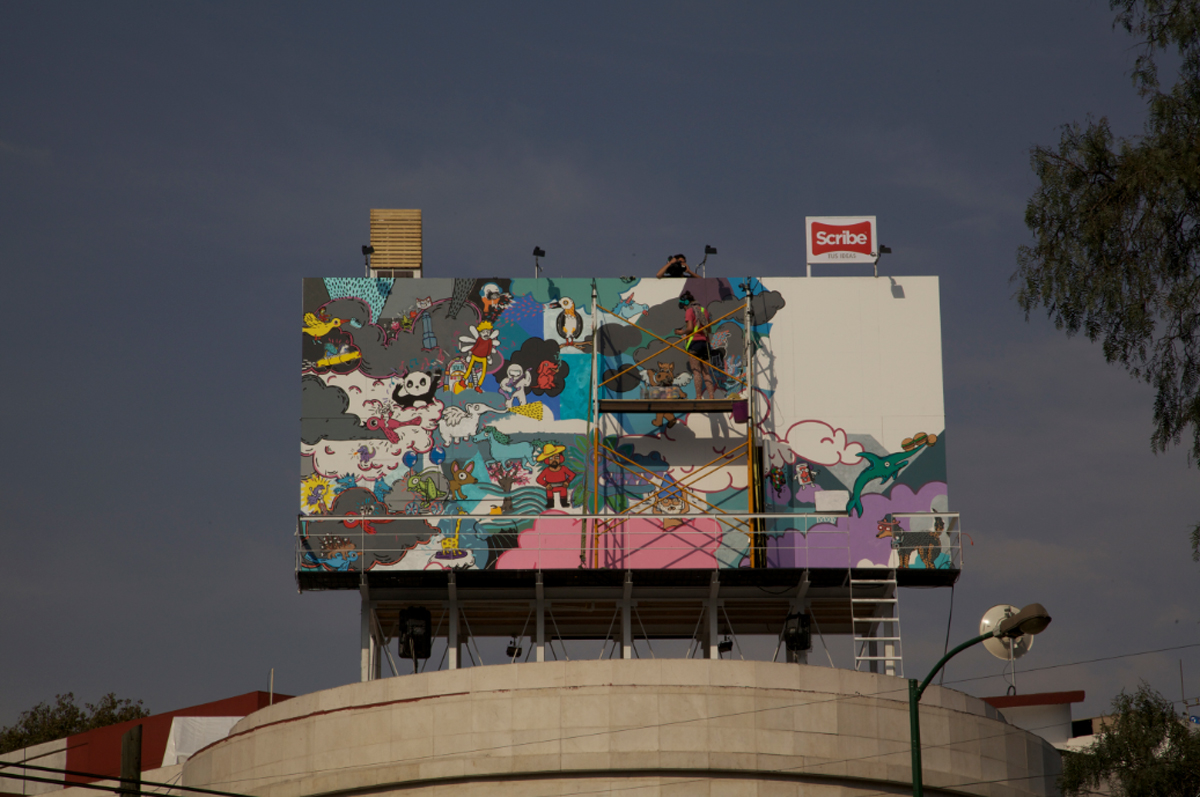 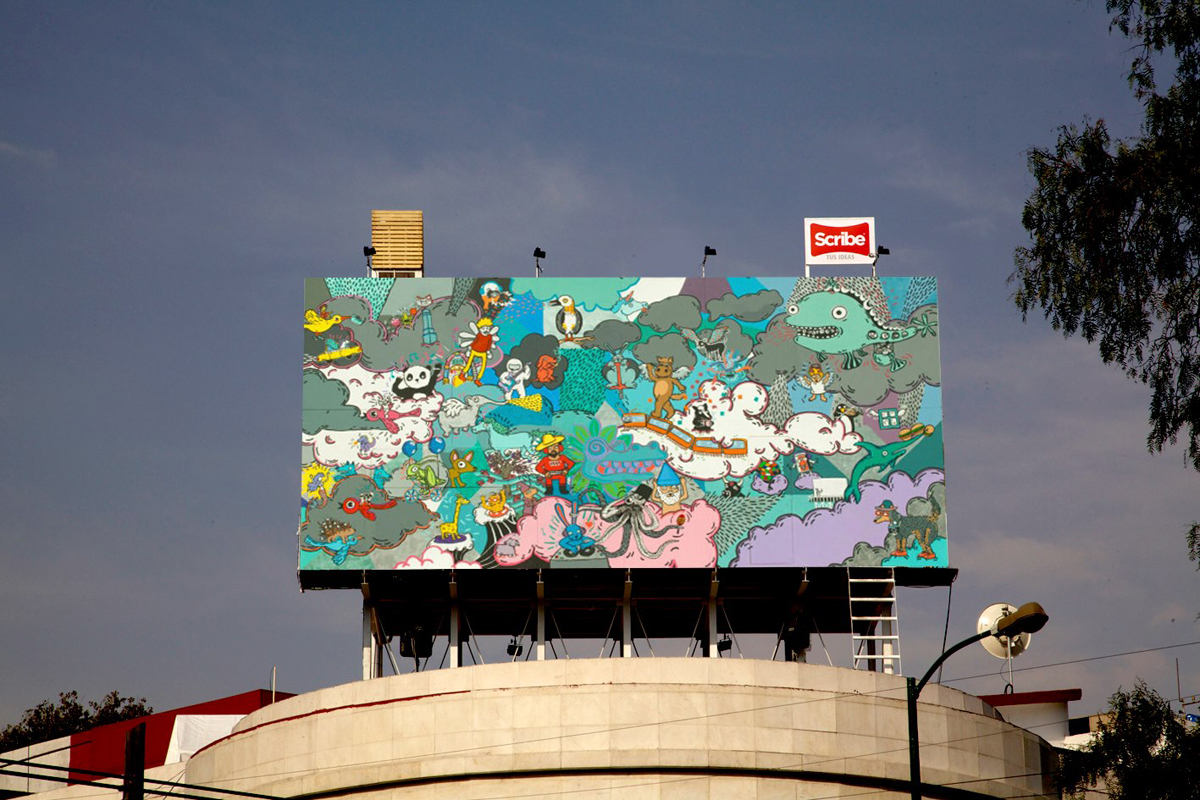