earlier this year noma bar was commissioned by the momofuku ando foundation in japan to create a treehouse within the woods of the momfuku ando center in komoro, japan. the project offered bar the unique opportunity to translate his simple illustration style into a three-dimensional space. the result was a treehouse that references both the forms of birds and leaves.

‘the project started, when I went to momofuku center in komoro, nagano – about 3 hours drive from tokyo. my treehouse had to be in the highest point of the wood to over look the akagi mountain. once I was back in london, working in the highgate wood, I discovered the idea of birds eye view. I found two leafs on the floor on the wood: one leaf above the other looked like a bird. this is how the design process started, from the simple idea of two leafs together, and it became a 9m treehouse.’ – noma bar 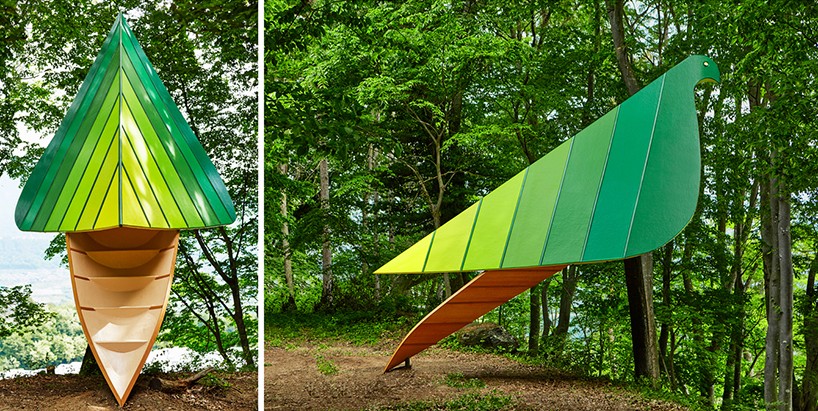 different views of the treehouse designed by noma bar

a team of 20 japanese carpenters constructed the viewing house, with the structure itself forming the shape of a bird, playfully working in three dimensions as bar’s conceptually driven illustrations do on paper. for the illustrator it was important to retain the visual storytelling of his work, an architectural form translated into the environment in which the visitor interacts with the structure, both visually and as a functioning viewing house.

the structure’s location in the park means that visitors only see the bird form on further investigation – at first it seems to be only a reference to the leaves of the woods. once inside the structure itself the visitor can find a ’birds eye view’ of mount asama, an active volcano in central japan seen across the landscape. 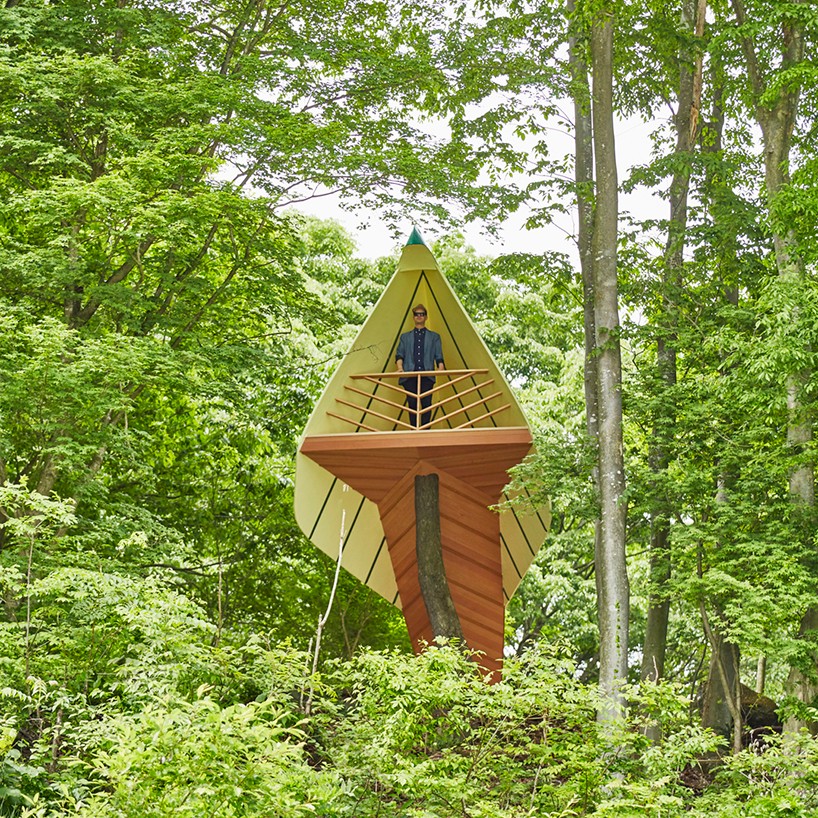 noma bar observing from the treehouse he designed in komoro, nagano 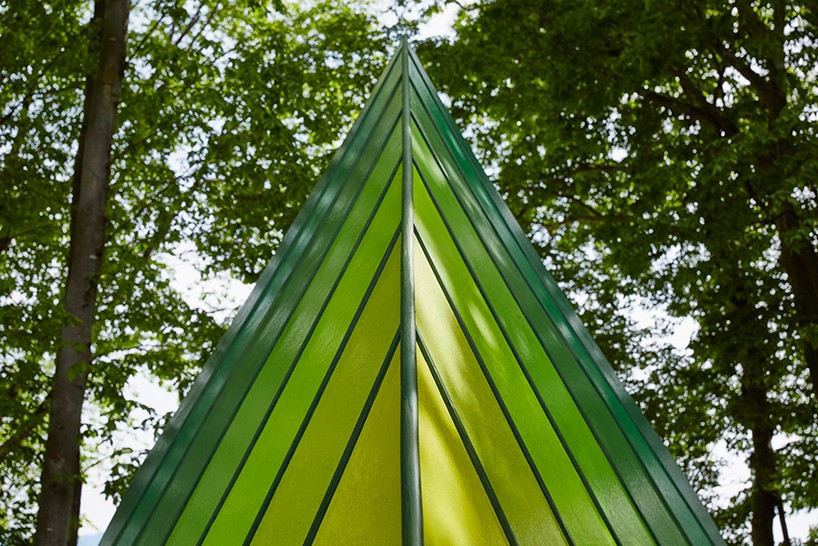 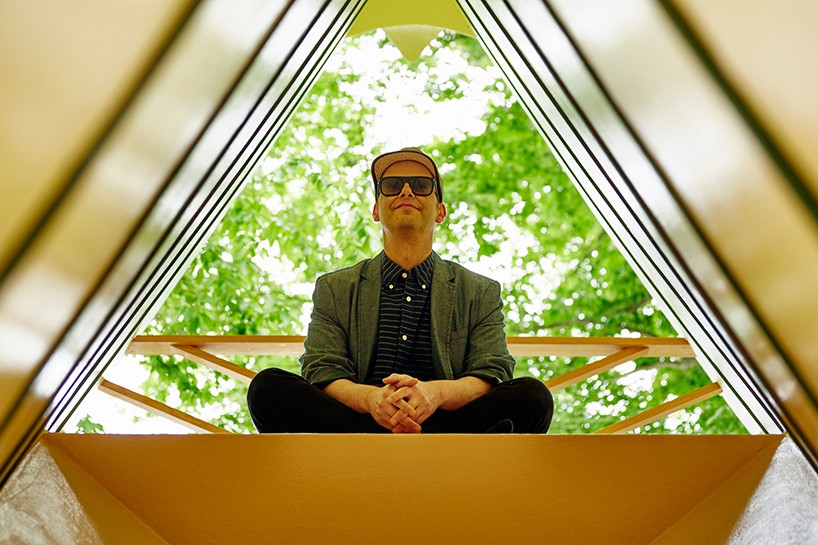 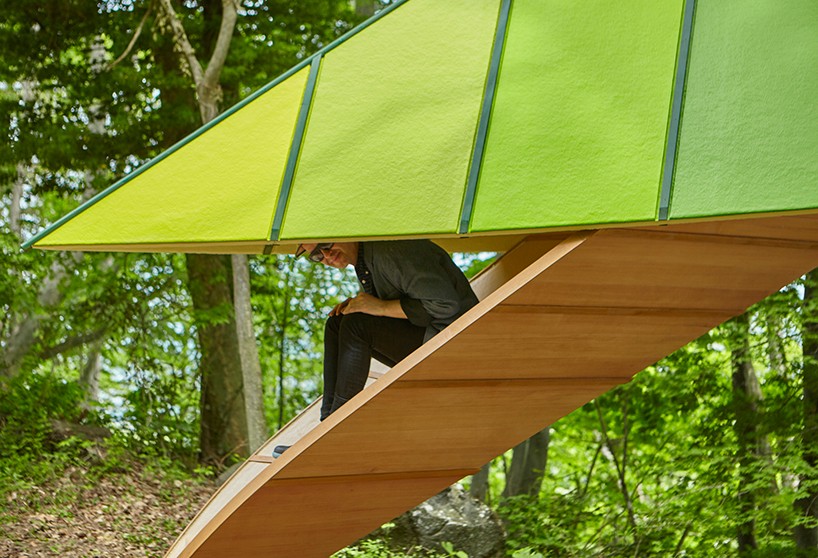 noma on the stairs of the structure 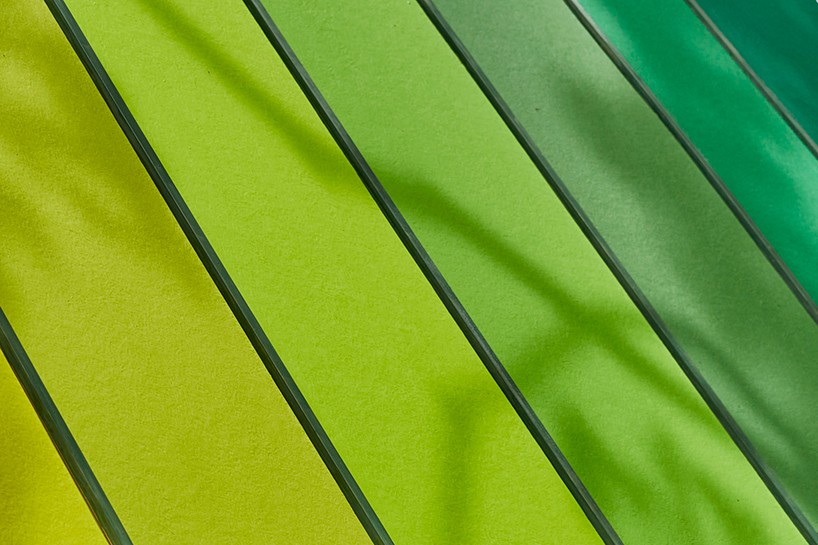 details of the different shades of green 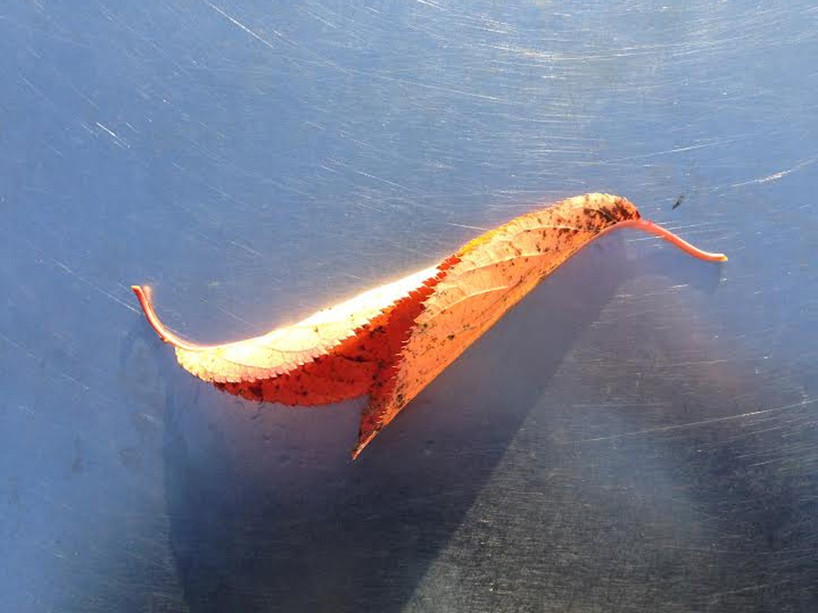 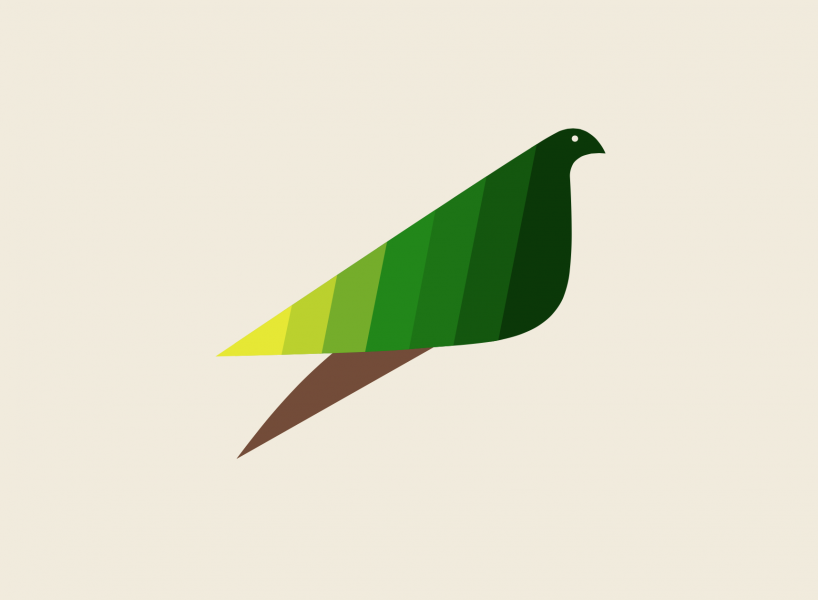 noma bar’s concept for the treehouse as an illustration 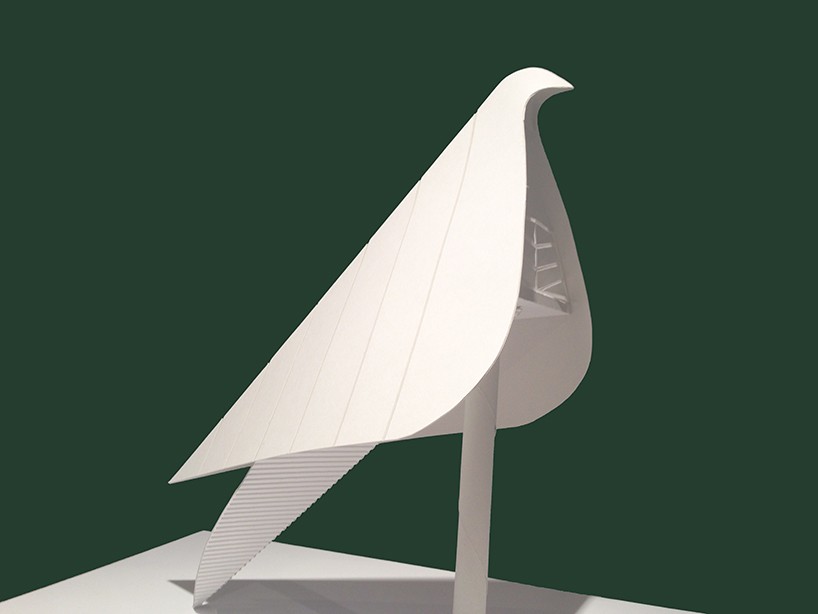 a scale model of the three-dimensional design

the making of the structure took place in komoro, nagano and involved more than 20 people from start to finish 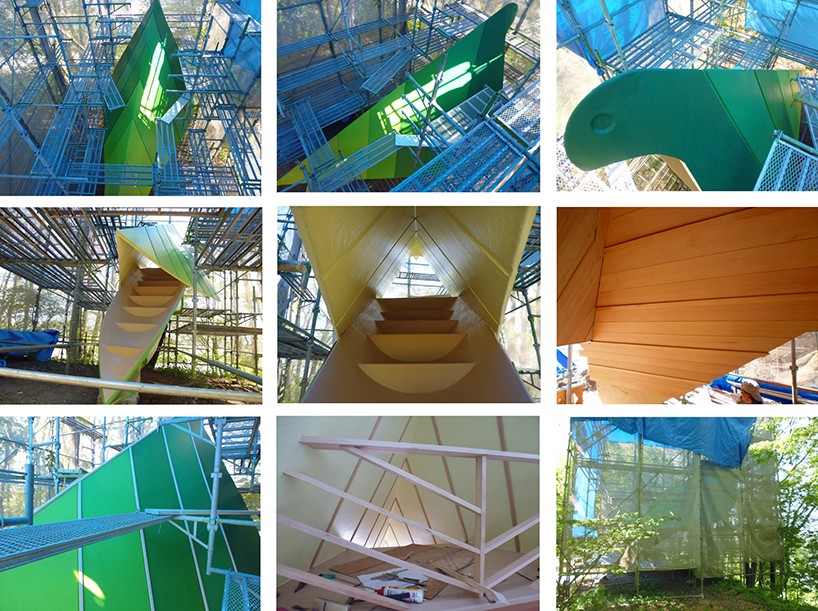 the birds eye view treehouse being installed and finished 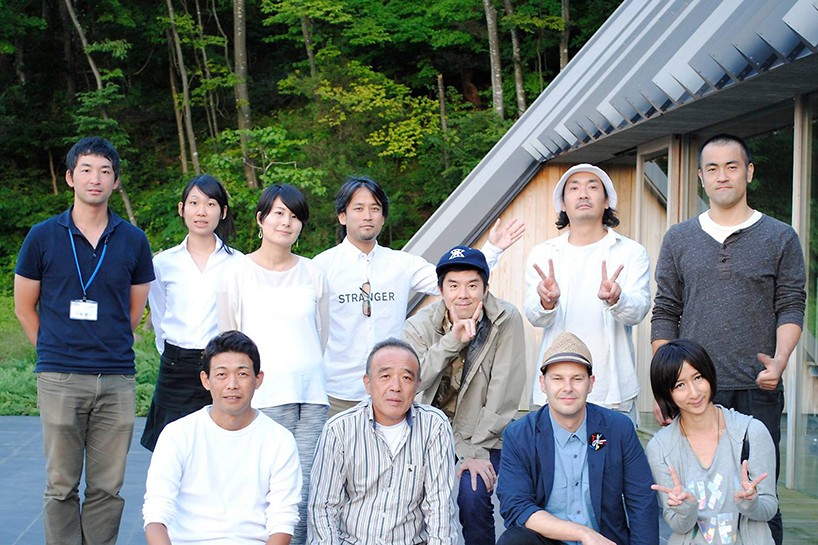 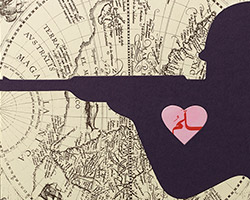 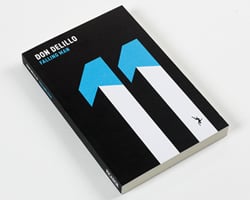 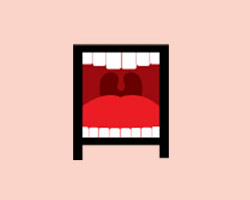