BIZNA estudio has realized a new community building located in the square of noviercas – a small village in the north of spain. the project is named ‘teleclub with thermal buffers’ and it replaces the only bar that since 1970 housed the first television in the village. it also takes this name as thermal comfort has been a key factor in shaping the design. 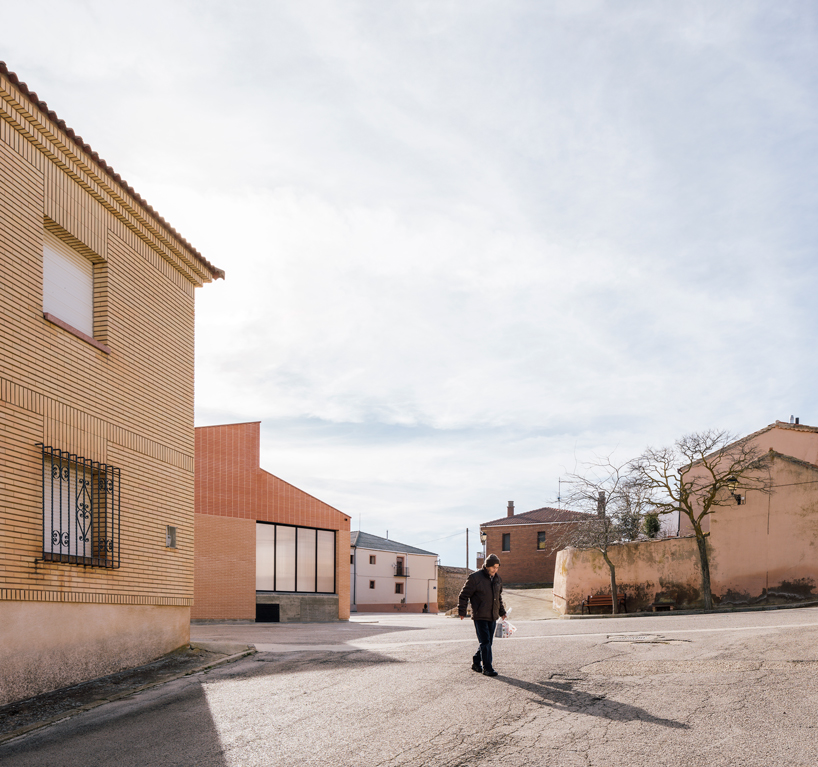 the L-shaped footprint of the existing building has been retained, however, BIZNA estudio has added an element of flexibility in the new design. the floor plan is now split into two main spaces and two buffer spaces, all of which can be used either independently or together via a series of bifold doors and openable partitions. when opened all at once, the space is large enough to host the entire village. moreover, movable windows on the elevations allow activities to spill out toward the square. 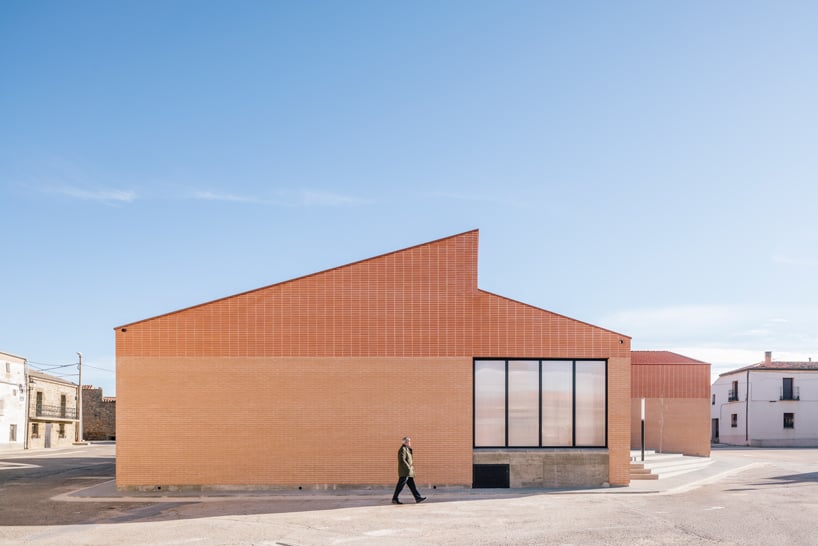 due to the high altitude of the village – 1,095 meters above sea level – thermal comfort was a key factor in the design. to provide protection from cold winds, the north-facing elevation has no openings. on the other hand, the façades to the south-east and south-west feature large panels of polycarbonate to take advantage of natural light and solar gain. 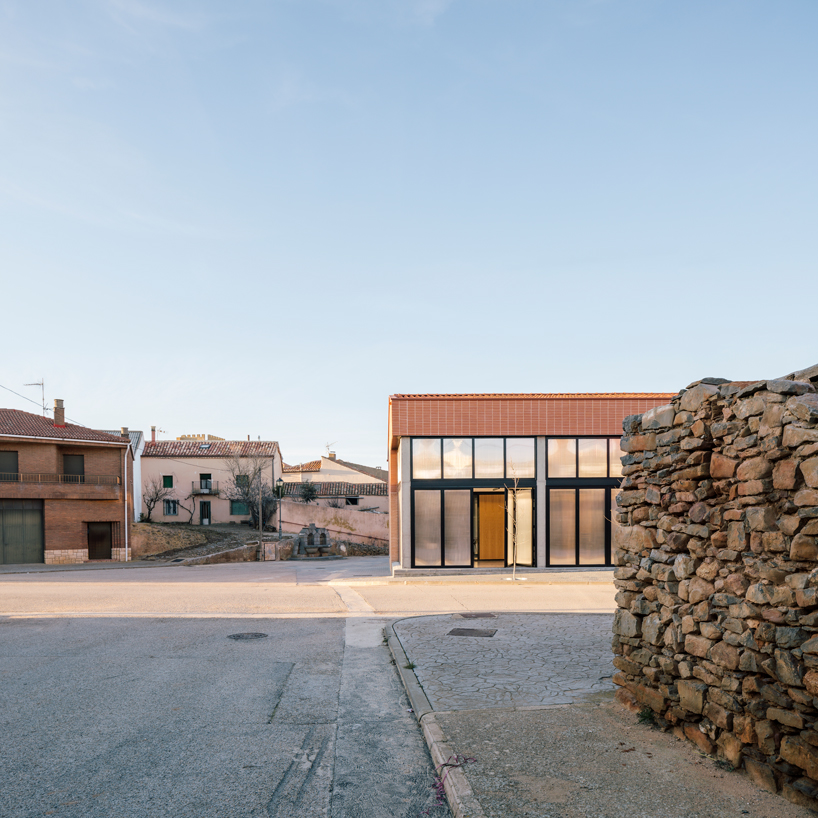 the buffer spaces and polycarbonate skin play a fundamental thermal role. in winter, the outside air is preheated by the sun to minimize the thermal gap while in summer, they prevent overheating. they can also be opened completely, acting as a covered terrace that protects from the sun while allowing cross ventilation through the whole building. 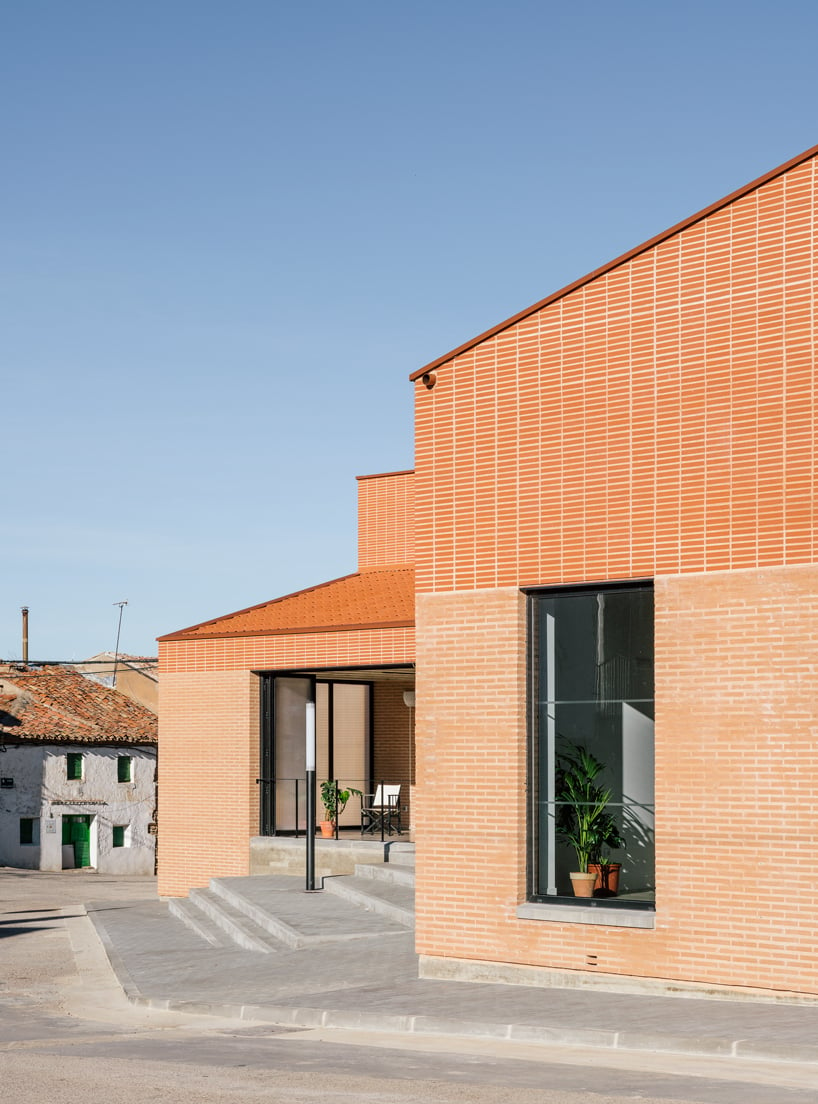 thanks to the buffers, the controlled openings and the skylight, a large amount of natural light is introduced into the building. reflected in the concrete of the slabs and floor, the light reinforces the geometry of the spaces, giving them a welcoming warmth. at night, the role of light is inverted and the polycarbonate turns the building into a lighthouse element that draws attention to the main meeting place of the village. 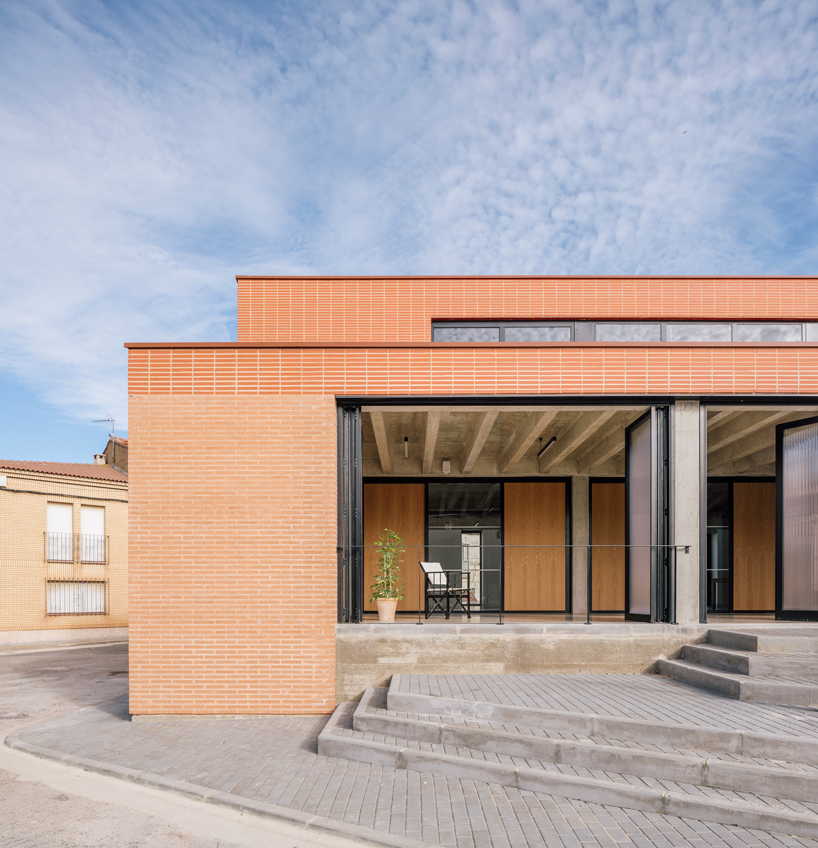 with the design, BIZNA estudio also seeks to integrate the building into the landscape and local culture. for the exterior, flat brick with a wide flush bond has been employed in the lower part of the façades. for the interior, exposed in situ concrete and ribbed slabs dominate, endowing the architecture with a certain material honesty. 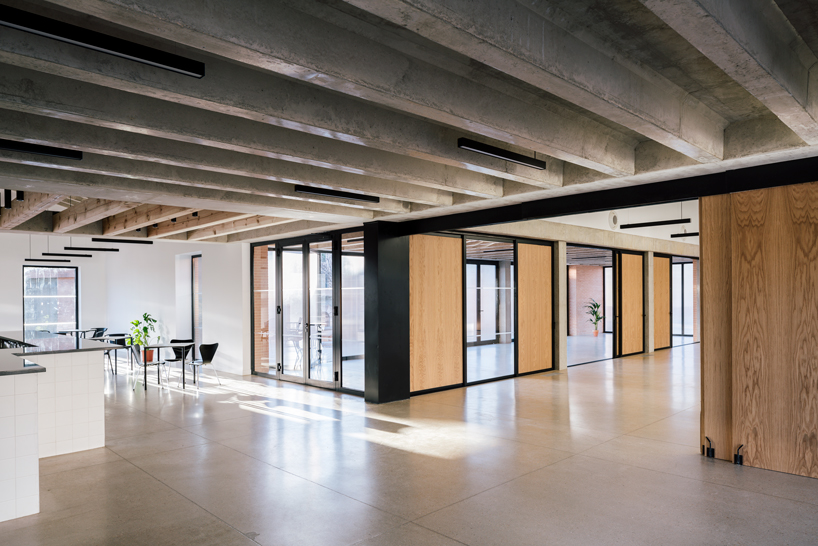 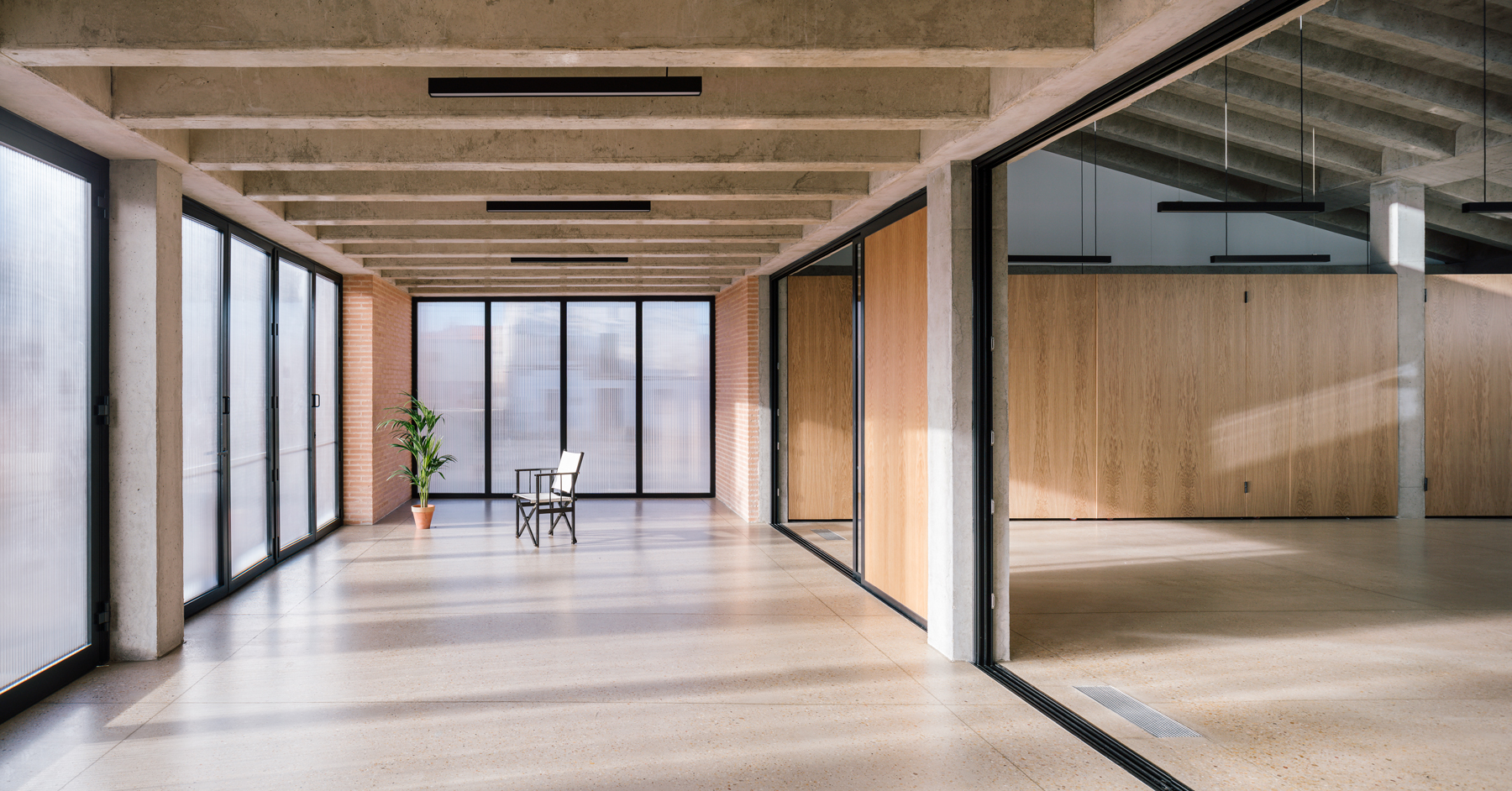 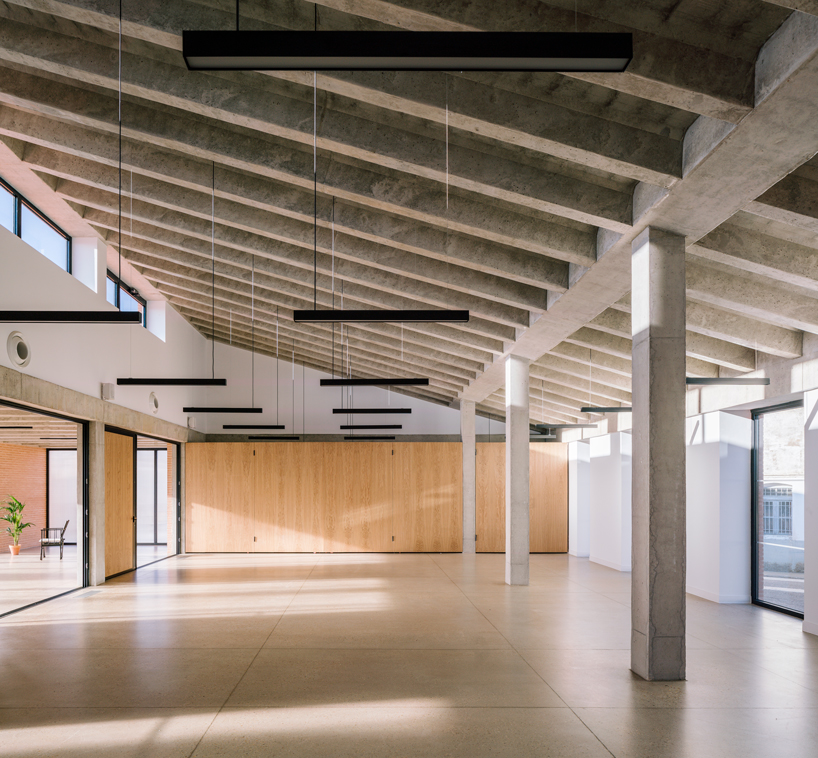 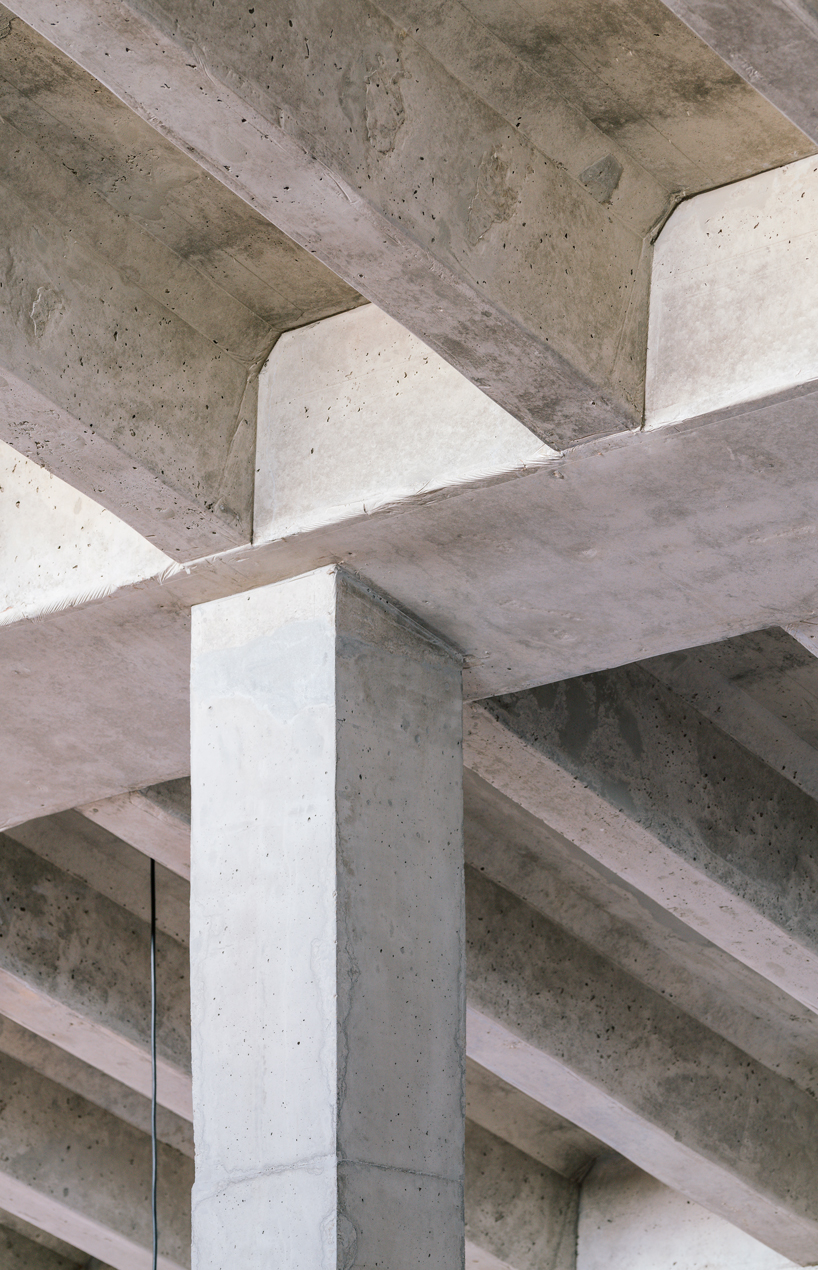 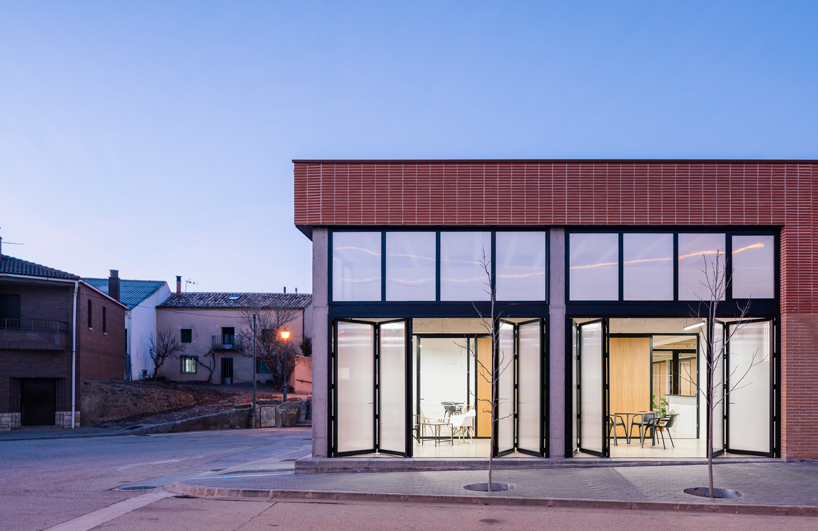 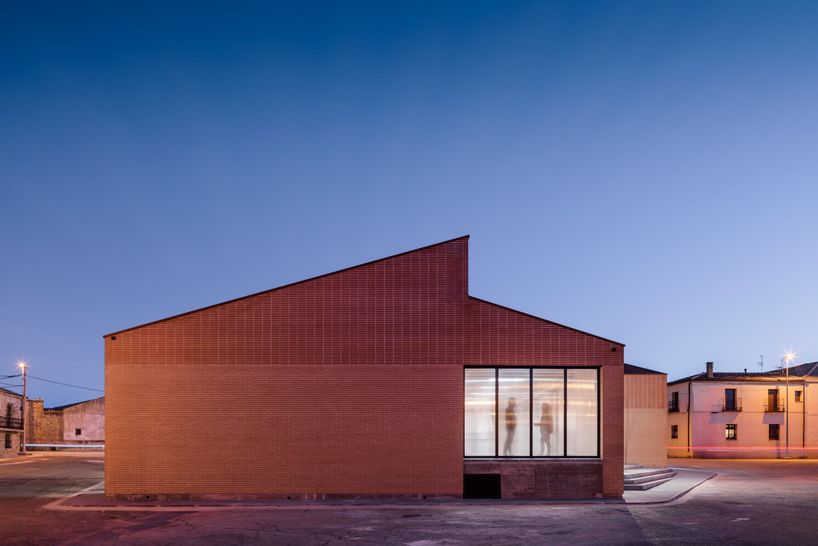 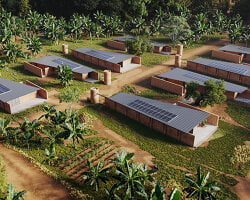