bjarke ingels group has received approval for their beach + howe tower in vancouver. first proposed in april of 2012, the mixed-use development will be part of a new phase in west coast canadian city’s short, but successful history of urban policy. 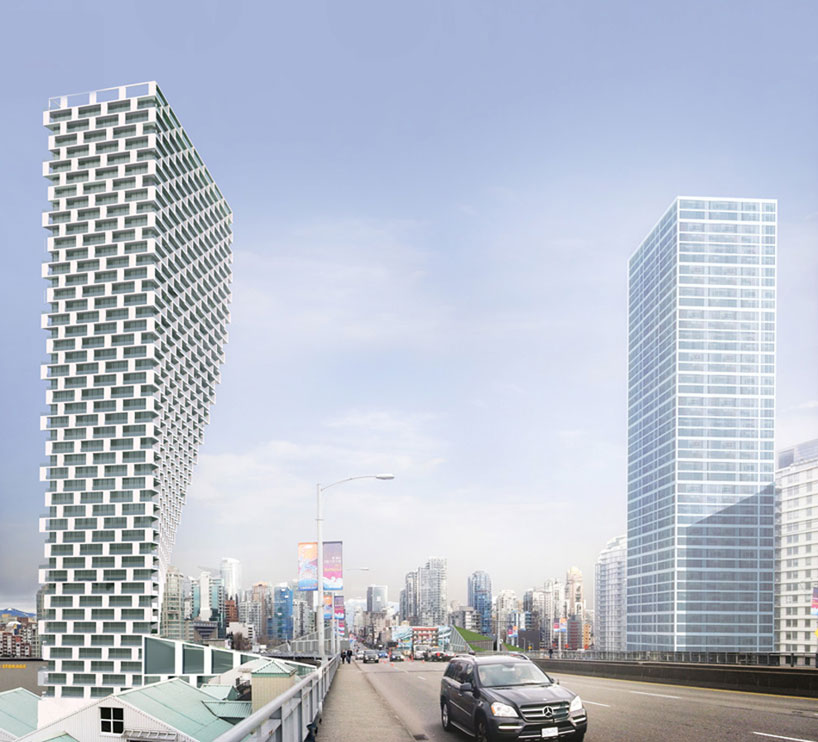 view of the tower from the granville overpass

the more than 50-storey structure, positioned on a triangular lot at granville and pacific streets, will mark the entry point into downtown vancouver from the bridge that connects granville island to the city. the challenging site that is trisected by the nearby overpass, as well as other urban set backs, has seen BIG architects employ a 10-storey podium base tower that maximizes its mass where it has the most impact. off-set 30 metres from the highway, as it extends upwards, the high-rise clears the zone of noise and visual pollution widening in its ascension, topping out in a manner that overcomes its restrictions. at its upper most floors, the residential complex offers expansive visual access to the diversity of the built and natural landscape (water and mountains) that vancouver is known for. 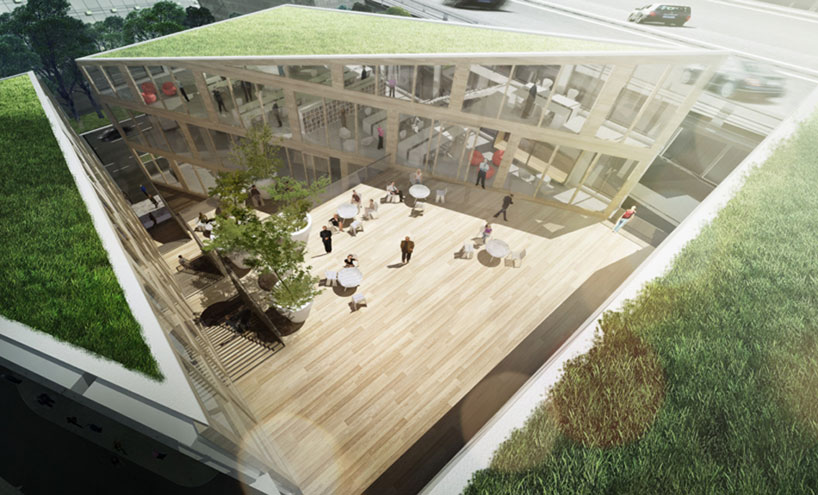 green roofs and terraces are integrated throughout ‘beach + howe’ tower

as reported by local news, ‘beach + howe’ will be comprised of ‘407 market residential units built into the main tower, while the 10-storey podium will carry 95 market rental units. in total, it will bring 80,000 square feet of new retail to the area, including grocery, liquor and drug stores, and will be built with 609 vehicle parking stalls and 723 bicycle parking spaces.’ 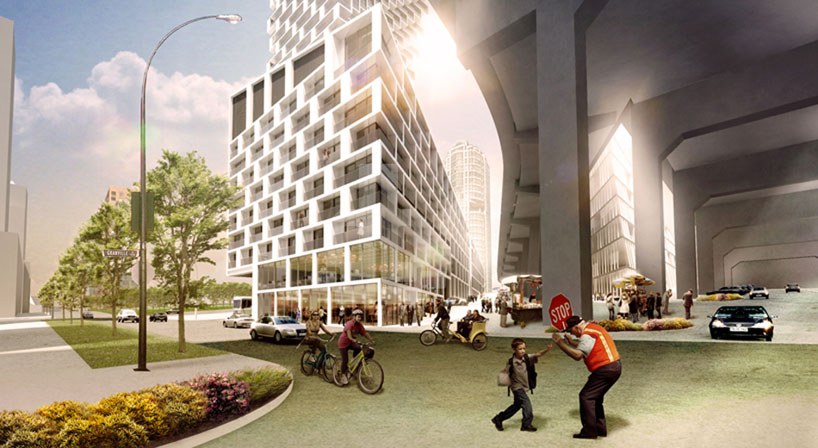 as a response to its confined location, a major focus has been put on the integration of communal areas to existing streets at the ground level, providing the neighbourhood with a variety of open and covered zones of varying scales for a number of activities and events. as an extension of the property, triangular complexes opposite the intersection of granville and pacific streets, will be composed of intimately scaled spaces for working, shopping and leisure that face onto public plazas and pathways, transforming the city’s infrastructure, set to become one of vancouver’s most prominent locations. 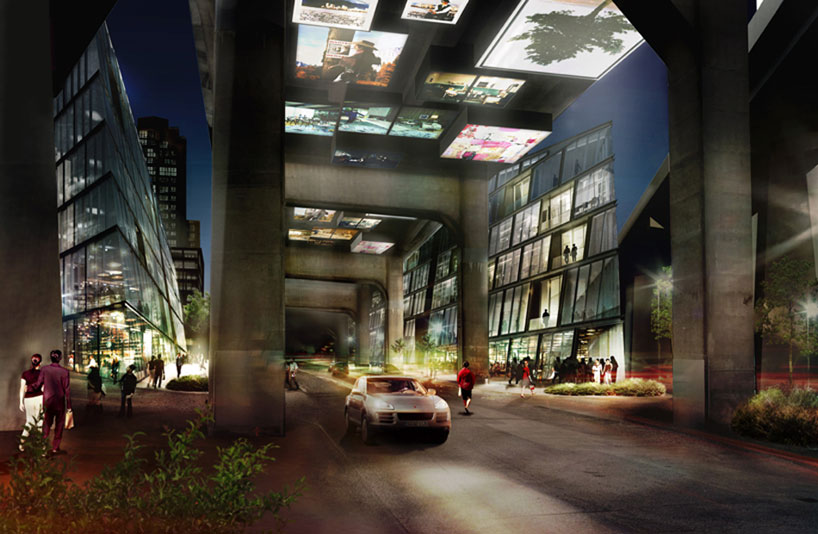 view of the two triangular complexes flanking the overpass 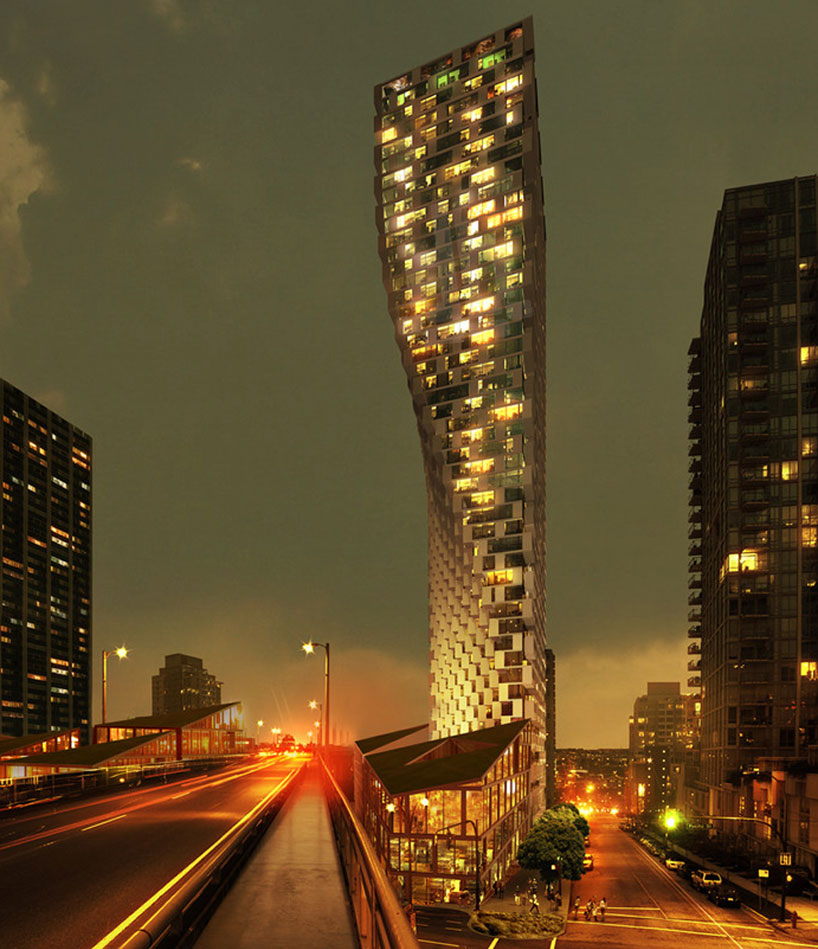 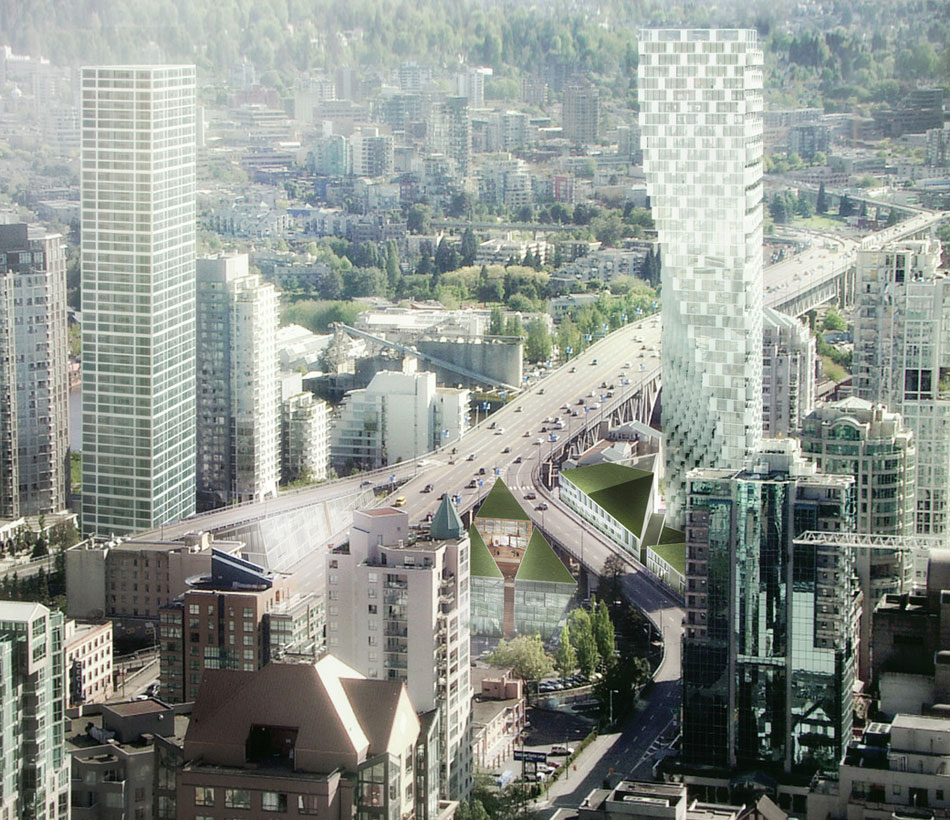 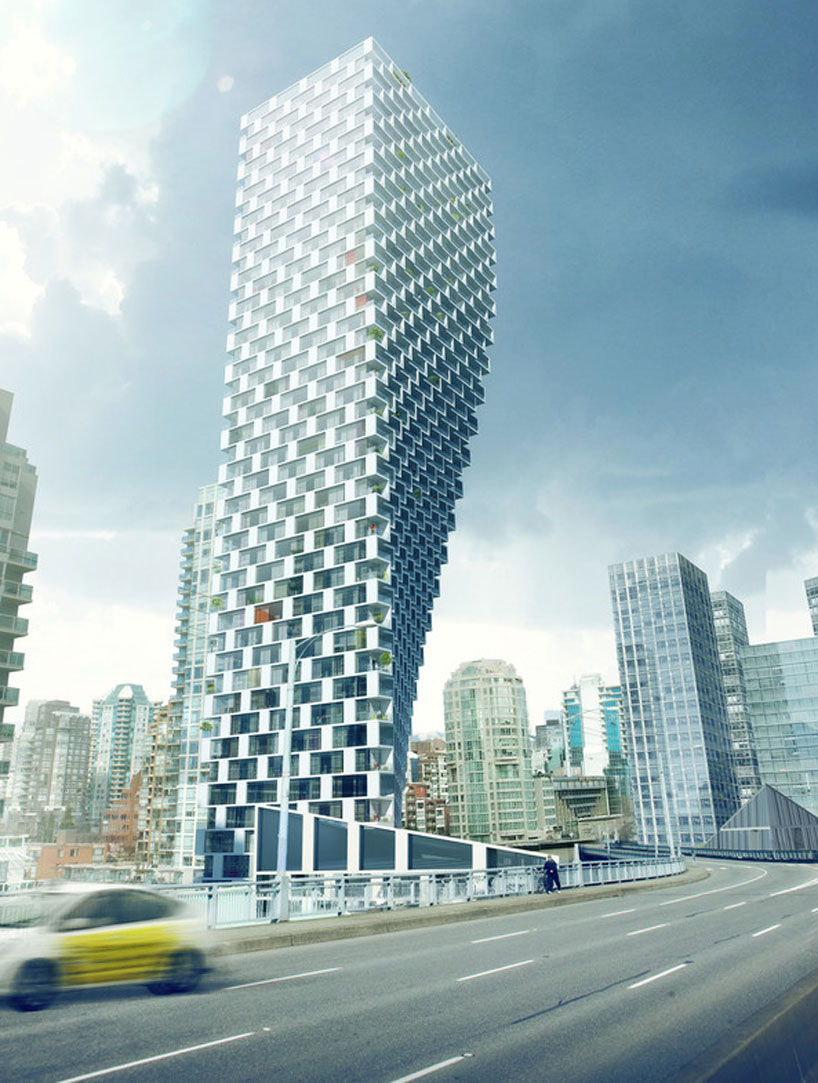 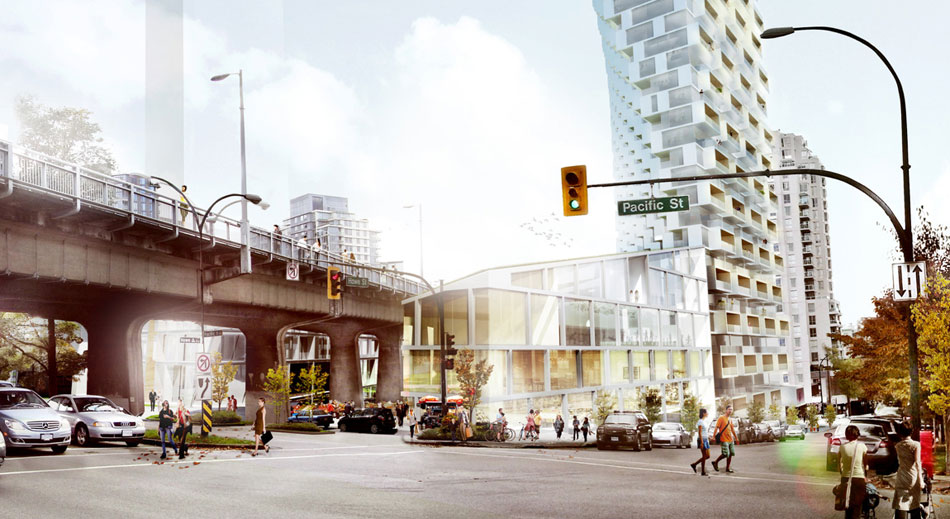 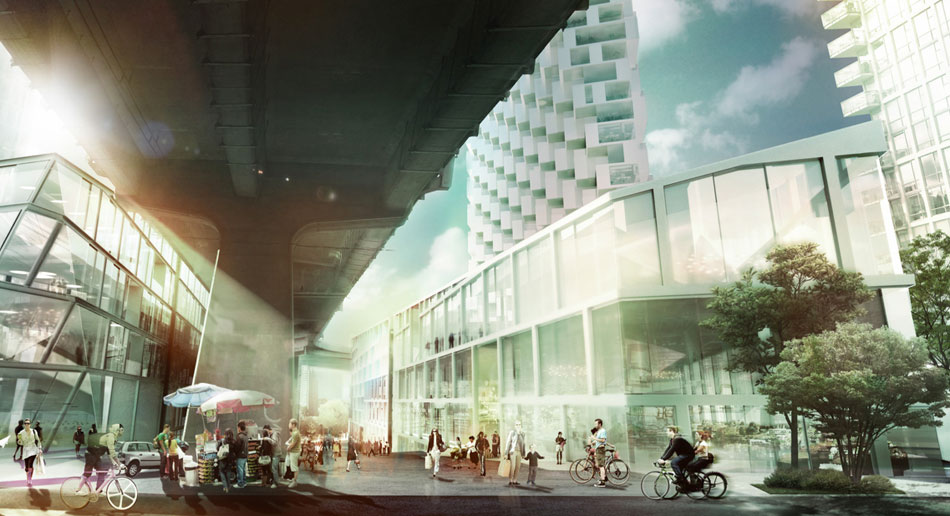 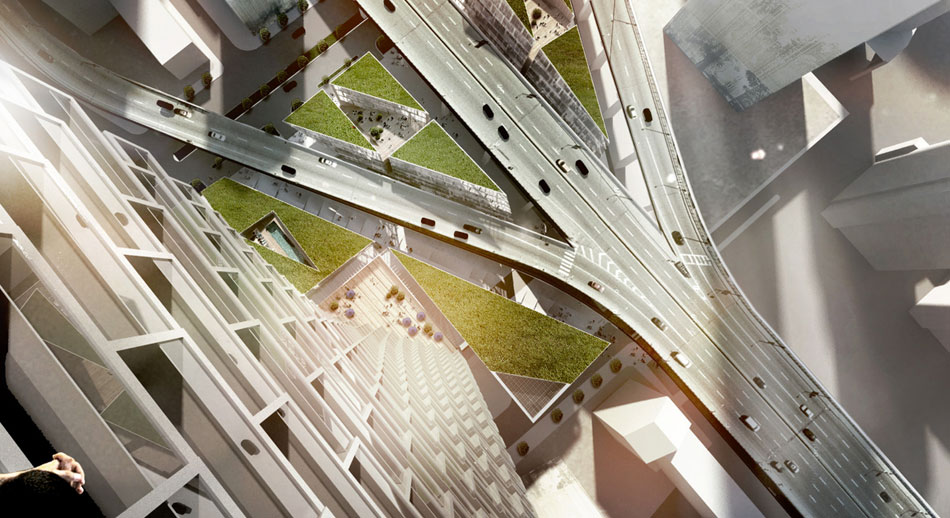 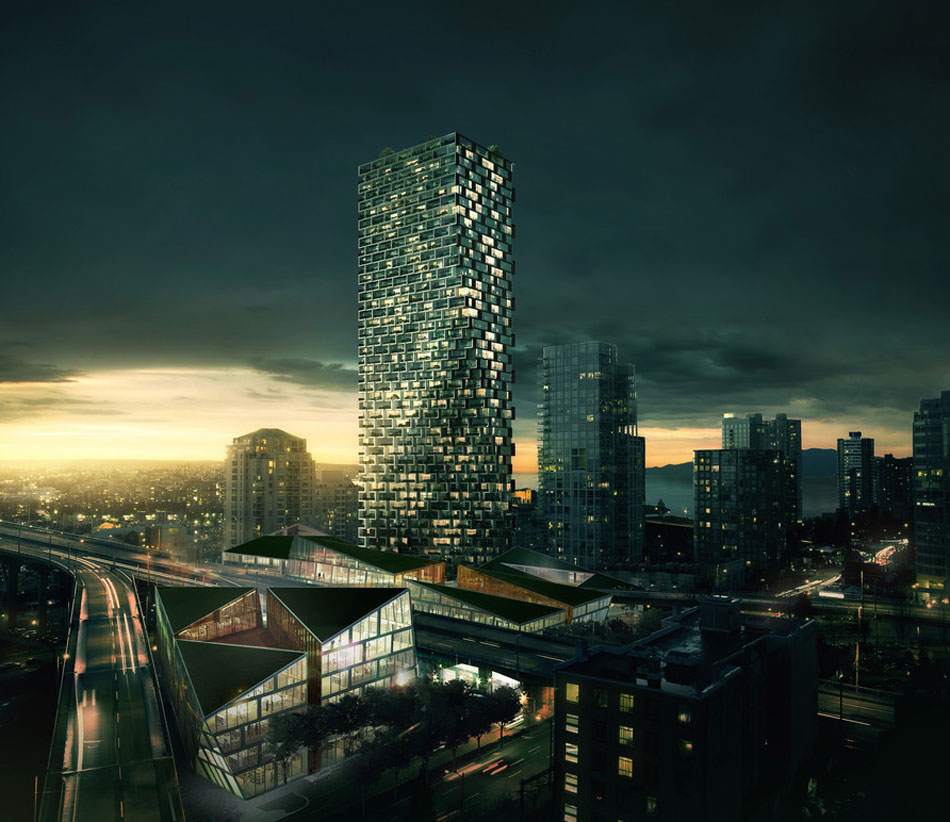