bjarke ingels group (BIG) has been commissioned to build the new national theater of albania. the bow-tie-shaped design, which will replace the previous venue, will include three new indoor performance spaces, a rooftop amphitheater, and a covered public space beneath the building. located in the cultural heart of downtown tirana, adjacent to the skanderbeg square, the national opera, and the national art gallery, the scheme will host both local and touring theater companies in the nation’s capital. 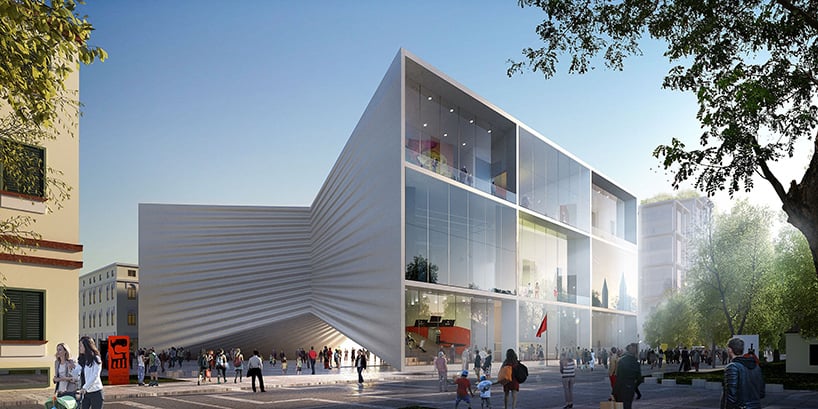 developed alongside theatre projects and SON-group, BIG’s 9,300 square meter design seeks to offer a range of urban gathering places — settings currently lacking in the city. the prism-shaped volume is compressed and lifted at its center, creating connections and public plazas on both sides of the building. visitors can enter from either side or enjoy the impromptu performances that will take place beneath the elevated structure. 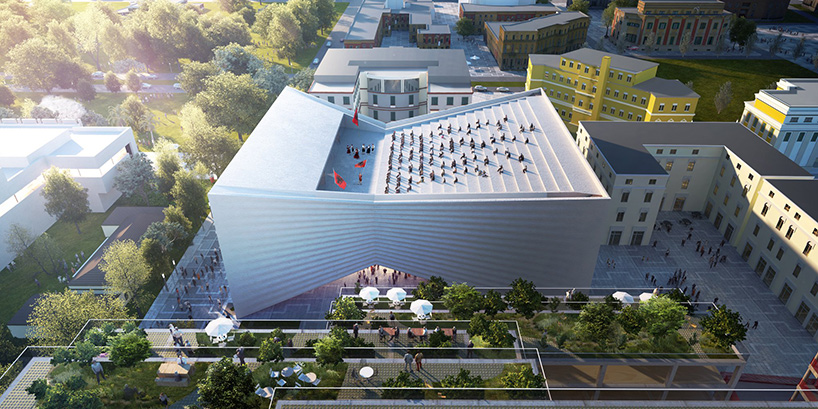 the building is topped with a rooftop amphitheater

‘our design for the new national theatre of albania will continue the city’s efforts for making tirana’s public spaces more inviting and its public institutions more transparent,’ says bjarke ingels. ‘the theater is conceived as two buildings connected by the main auditorium: one for the audience and one for the performers. underneath, the theater arches up from the ground creating an entrance canopy for the audience as well as for the performers, while opening a gateway to the new urban arcade beyond. above, the roof mirrors the archway, forming an open-air amphitheater with a backdrop to the city’s skyline.’ 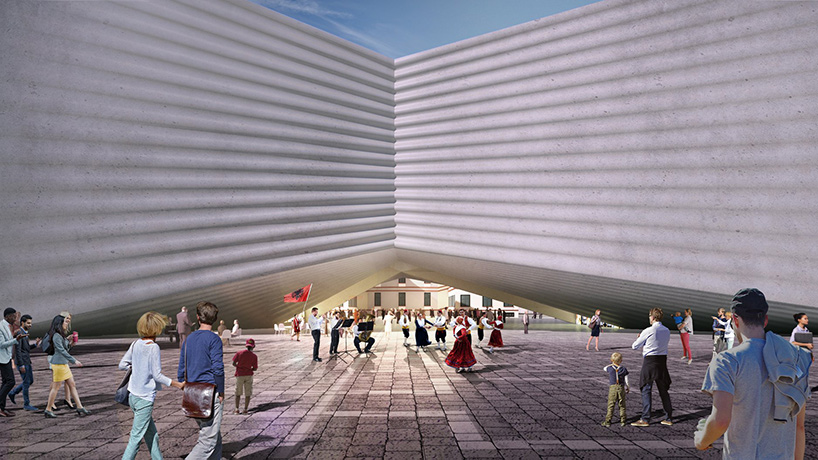 impromptu performances will take place beneath the elevated structure

once inside, visitors are greeted with a ticketing area flanked by two staircases that lead up to the theater foyer. from here, guests can either navigate towards the main auditorium or into the smaller ‘black box’ performance venues. the external form of the building is derived from the internal program, with the auditorium sandwiched between the front of house activities facing south, and the back of house activities to the north. glazed façades on each side reveal the interior program to passersby. 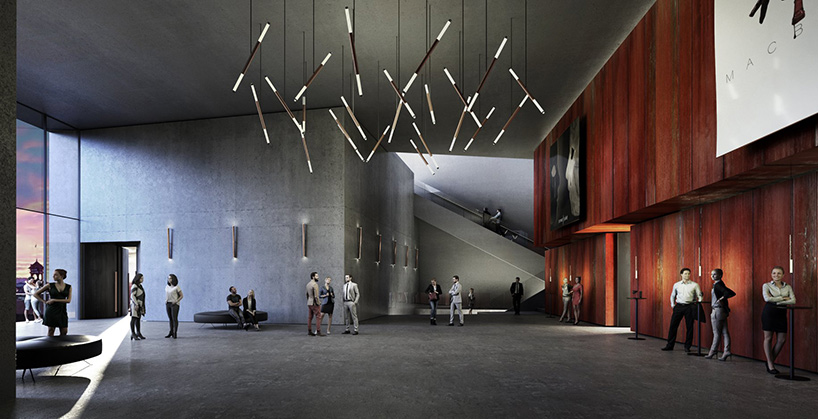 visitors are greeted with a ticketing area flanked by two staircases

‘the two main facades of the national theatre of albania are opened up to expose the spaces inside the building out to the public,’ ingels continues. ‘one side reveals the foyer, lounge, bar and restaurant as well as the two experimental stages to the passers-by, like rooms in a doll house. the other side reveals the entire section of the backstage, side stages, under stage and fly tower, exposing the entire theater machine to the curious observers. where a theater typically wouldn’t be open to the public until the early evening, the new albanian national stage will become a spectacle of production as well as performance throughout the day.’ 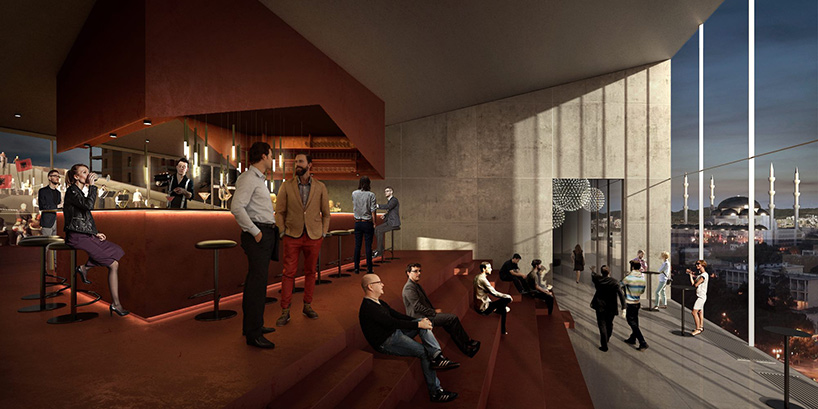 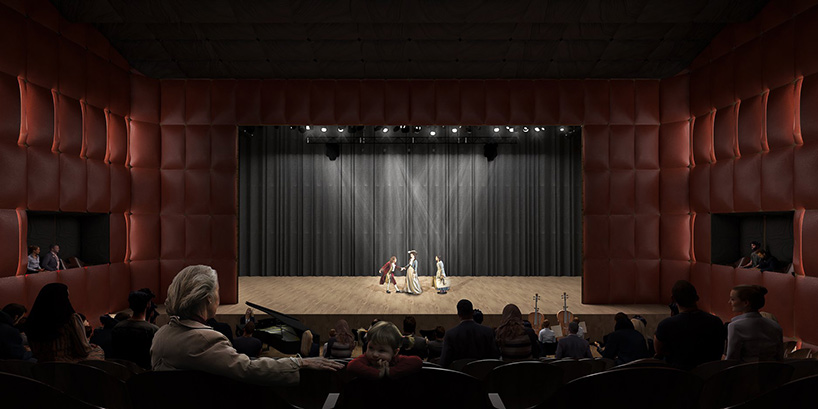 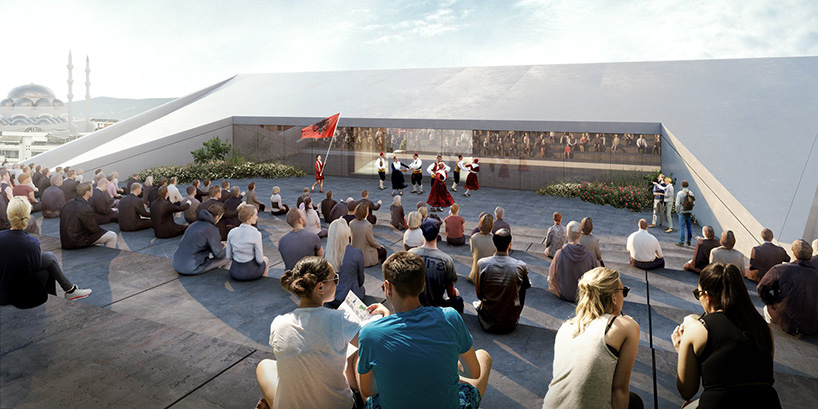 the open-air amphitheater has the city skyline as its backdrop 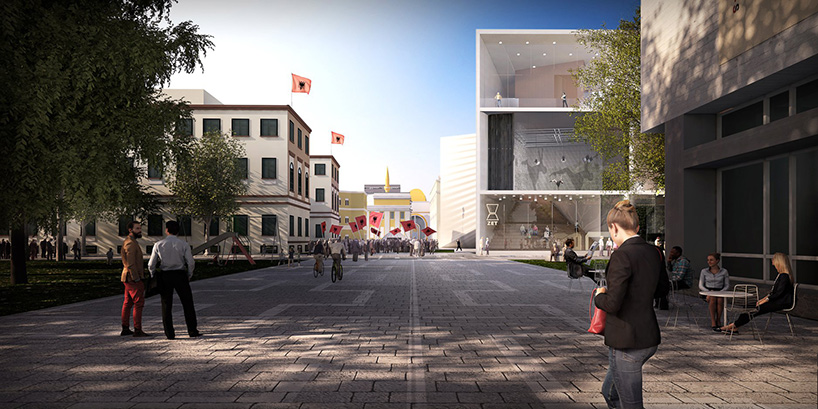 the design seeks to offer a range of urban gathering places 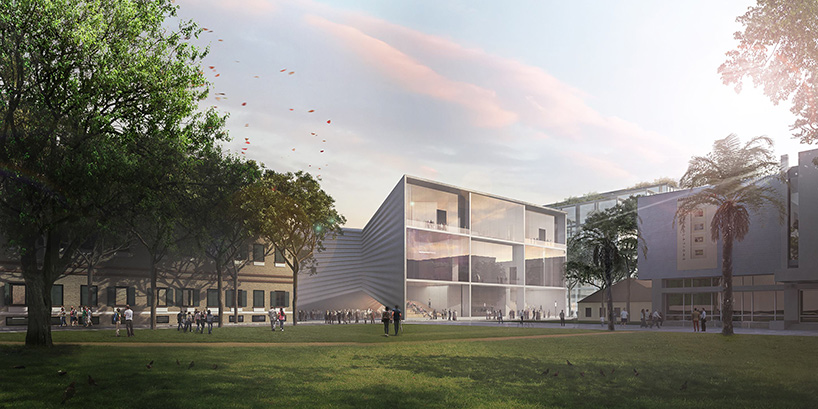 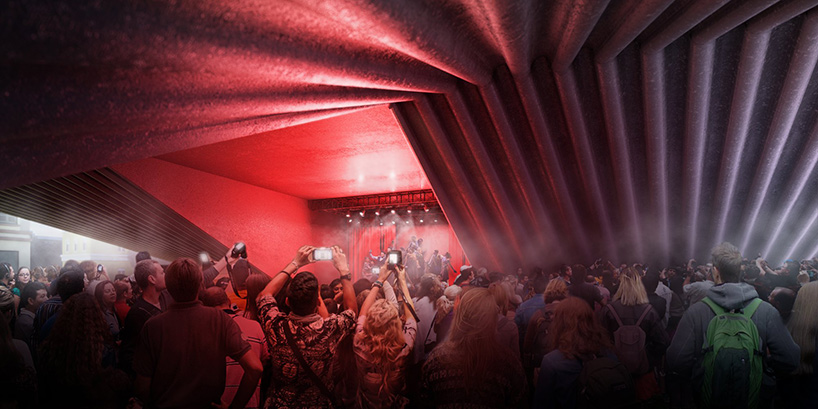 the venue is capable of hosting a range of performances 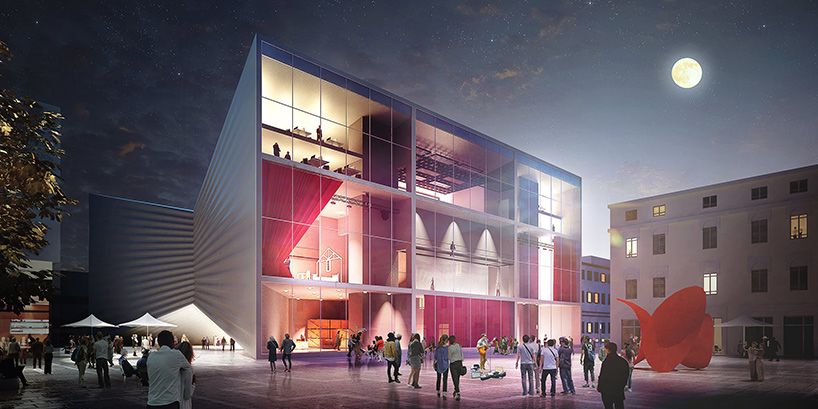 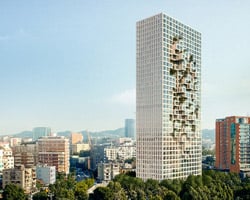 Jul 13, 2021
designboom visits AMDL circle in milan
'I always think of myself as an architect, a designer and an artist; I also write, I take photographs, I teach. in my opinion, all these activities have just one true aim: to create a better environment and to enhance life,' michele de lucchi tells designboom.
architecture
466 shares
connections: +130