having already started work on its charleston east campus, google has now revealed plans to build a 1 million square foot campus in the neighboring california city of sunnyvale. for its latest complex, the tech giant has again enlisted the expertise of bjarke ingels group who is also developing the firm’s london headquarters alongside heatherwick studio. located in moffett park on caribbean drive, the sunnyvale campus comprises two sibling ‘hillsides’ that rise from the landscape to form zigzagging, terraced roofscapes. 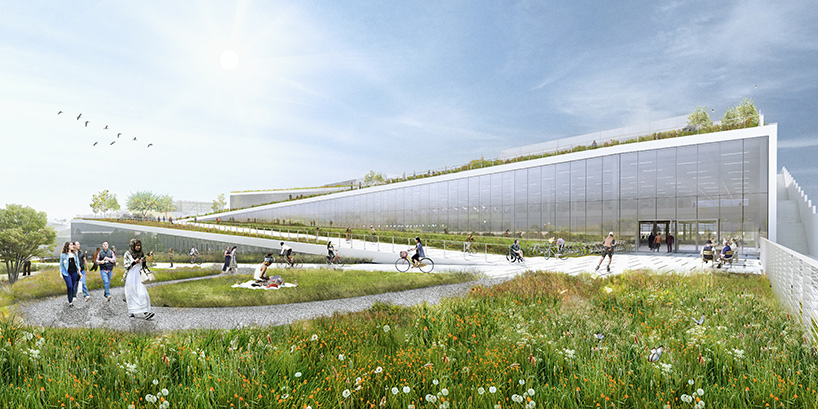 all images by bjarke ingels group

according to the mercury news, google filed a proposal with sunnyvale city officials in december 2017 for a two-building, 1.04 million square foot project that would be large enough to accommodate 4,500 employees. BIG’s design features long inclines that would allow employees to walk, ride bicycles, or even roller blade to each of level of both buildings. as per the same source, the complex will not be operational until 2021 at the earliest. 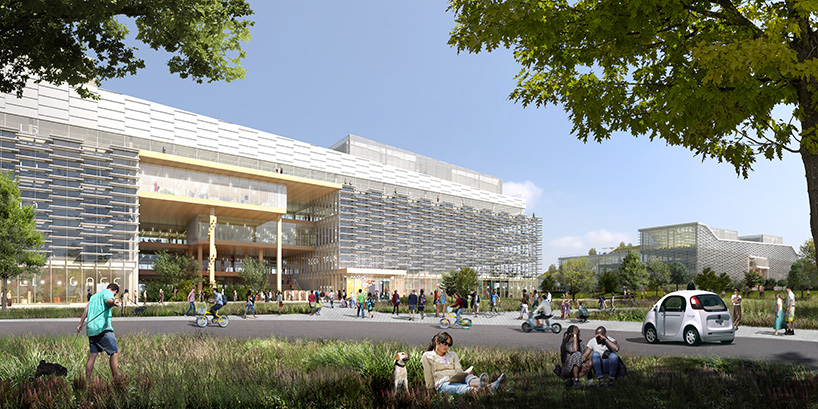 the site is located in moffett park on caribbean drive

meanwhile, in the nearby city of mountain view, work is underway on the 595,000 square foot-canopied campus designed by bjarke ingels group and heatherwick studio. located in north bayshore, the scheme will include a public park and plaza, as well as walking trails and ground floor retail outlets. a tentative completion date has been slated for 2019. 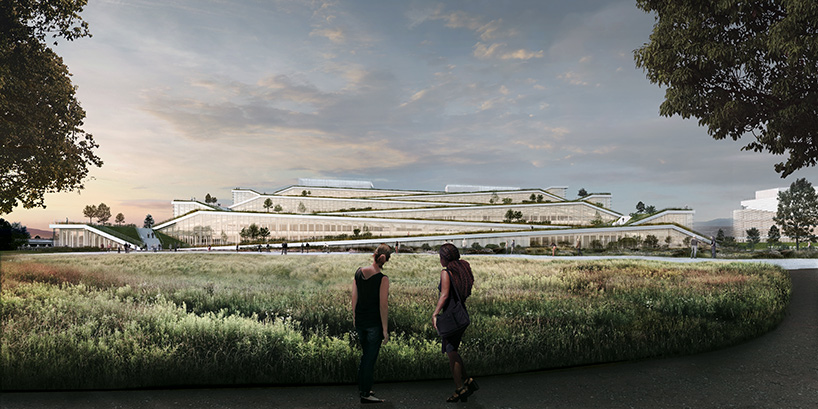 in the UK, BIG again teamed up with heatherwick to design a vast 11-storey building that will form the google’s london headquarters. the king’s cross campus, which will be the first wholly owned and designed google building outside of the united states, would comprise more than 1 million square feet, with google occupying 65% of the floor area. construction is expected to get underway later this year.