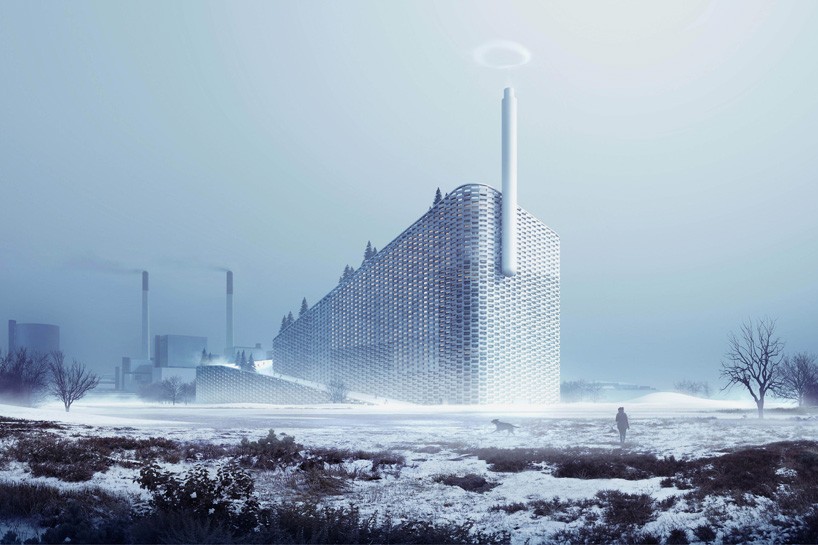 bjarke ingels group has launched their first kickstarter campaign as the studio seeks funding for the crowning glory of their amager power plant project — the steam ring generator. located in copenhagen, the waste-to-energy facility will allow the public to ski down the building, raising awareness of carbon emissions.

based on an original art proposal by the berlin-based artists realities:united, the aerospace organization peter madsen’s rumlaboratorium, as well as the danish technical university, BIG are designing the chimney to utilize the plant’s excess steam. each ring will signify the emission of a single ton of co2. the funding will be used to fund and test a final prototype before BIG receive approval to build and install the real thing. see designboom’s previous coverage of the project — which is scheduled to complete in 2017 — here. 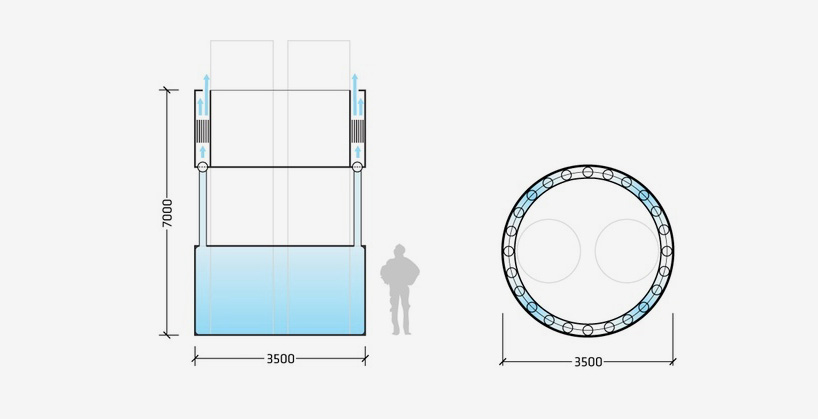 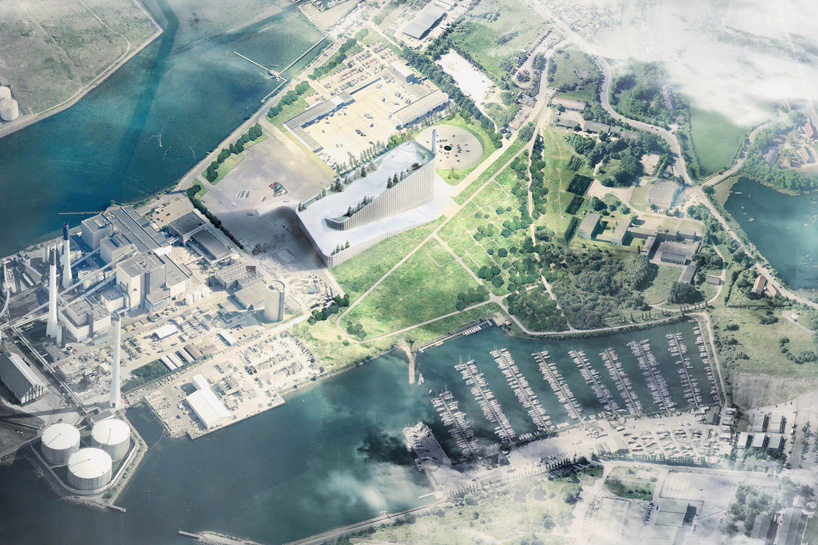 an aerial rendering of the site 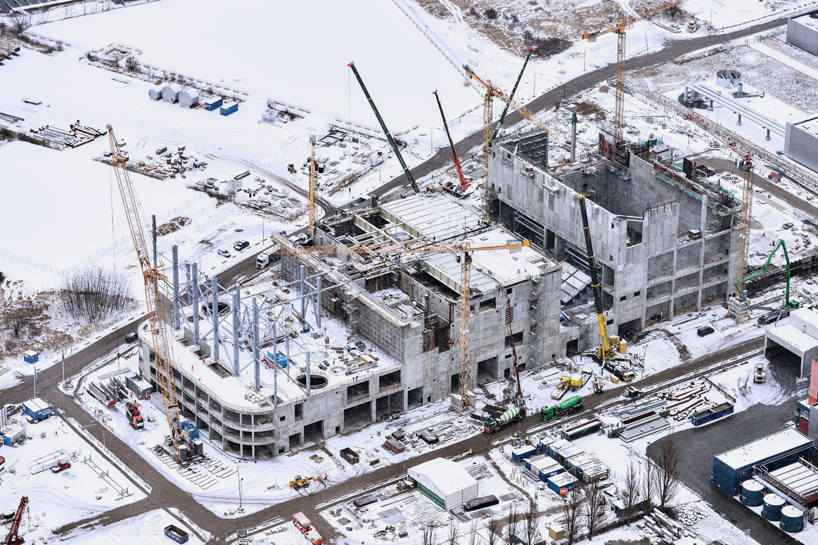