a life-size indoor maze designed by bjarke ingels group (BIG) has opened to the public at the national building museum in washington DC. the installation offers visitors a glimpse into an exhibition on the international practice to be held at the institution in early 2015.

situated in the west court of the museum’s great hall, the vast 18-foot high labyrinth is constructed from baltic birch plywood – referencing european hedge mazes of the 17th and 18th centuries. initial plans for the scheme were unveiled earlier this year, with a time-lapse video (below) highlighting the speed of the project’s construction. 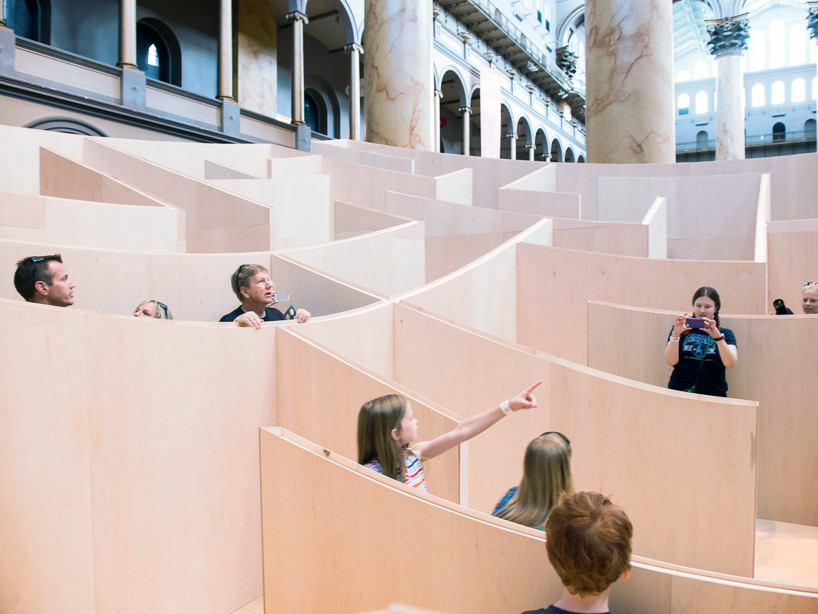 ‘the concept is simple: as you travel deeper into a maze, your path typically becomes more convoluted. what if we invert this scenario and create a maze that brings clarity and visual understanding upon reaching the heart of the labyrinth?’, explained bjarke ingels.

the ‘BIG maze’ remains open at the national building museum until september 1, 2014.
read more about the labyrinth in designboom‘s previous coverage of the project here. 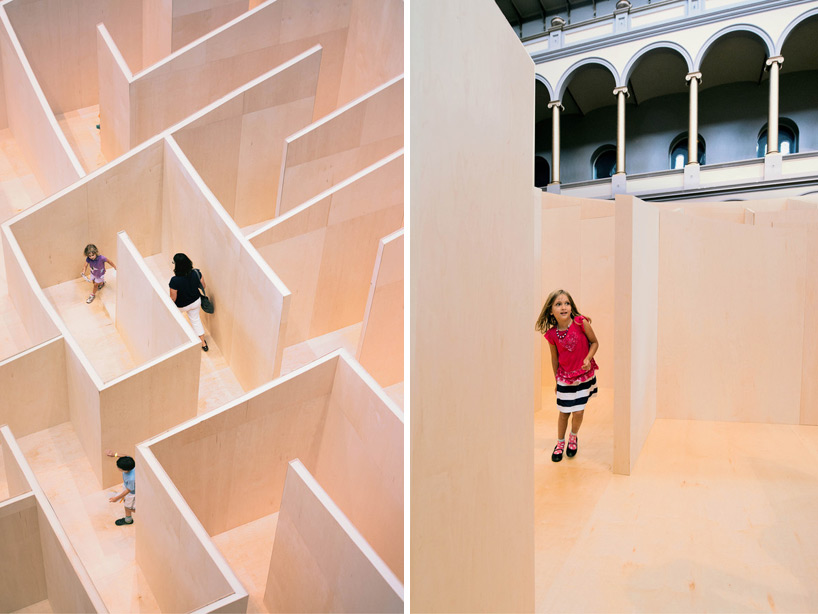 from the outside, the complex routes are hidden behind 5 and a half meter walls 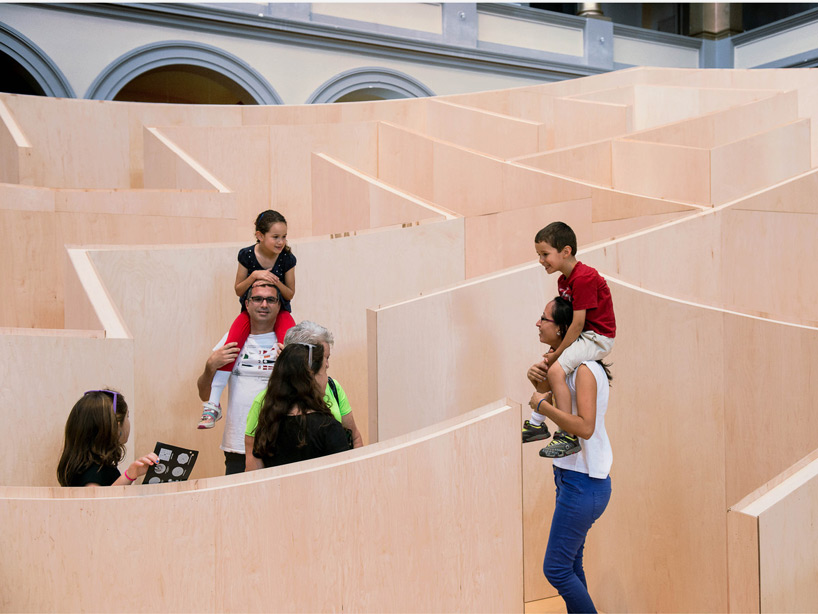 the ‘BIG maze’ remains open at the national building museum until september 1, 2014 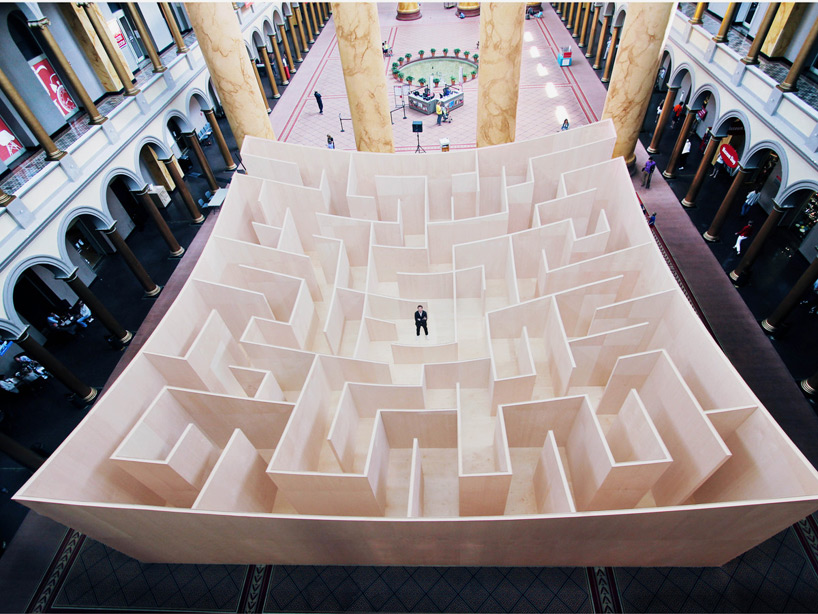 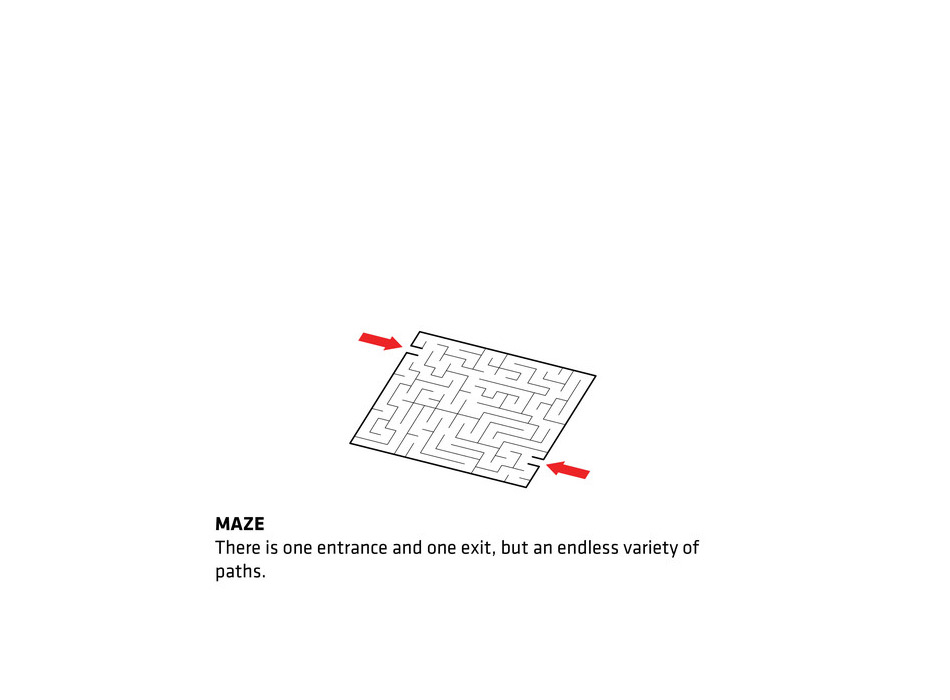 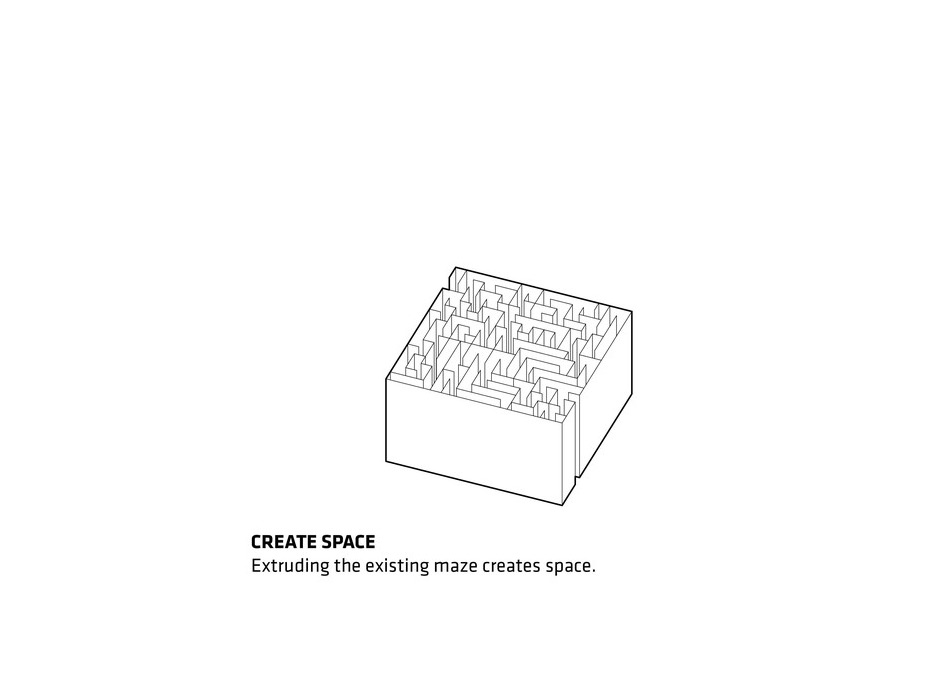 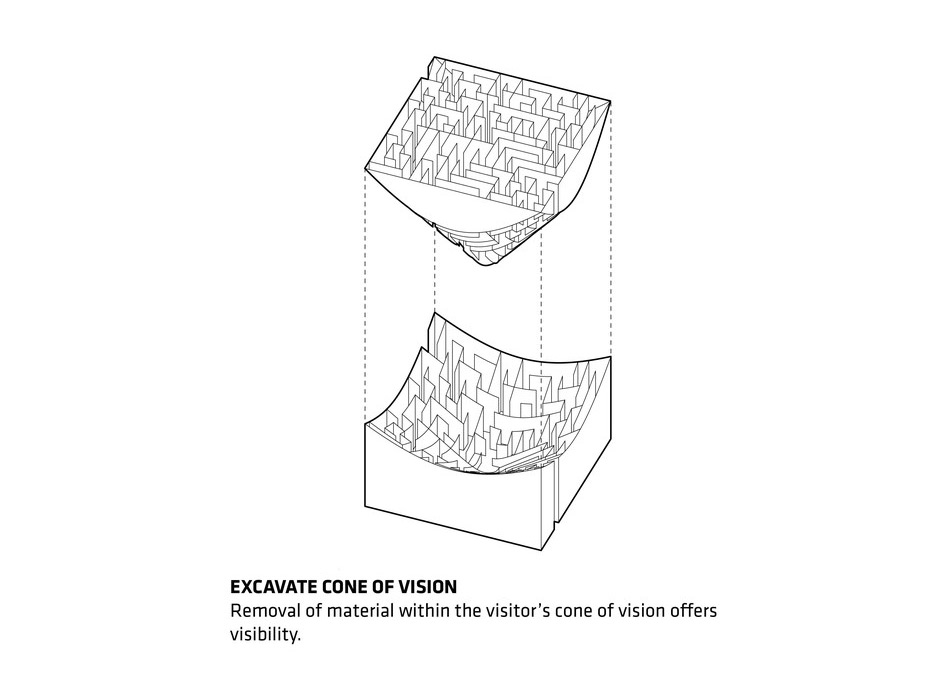 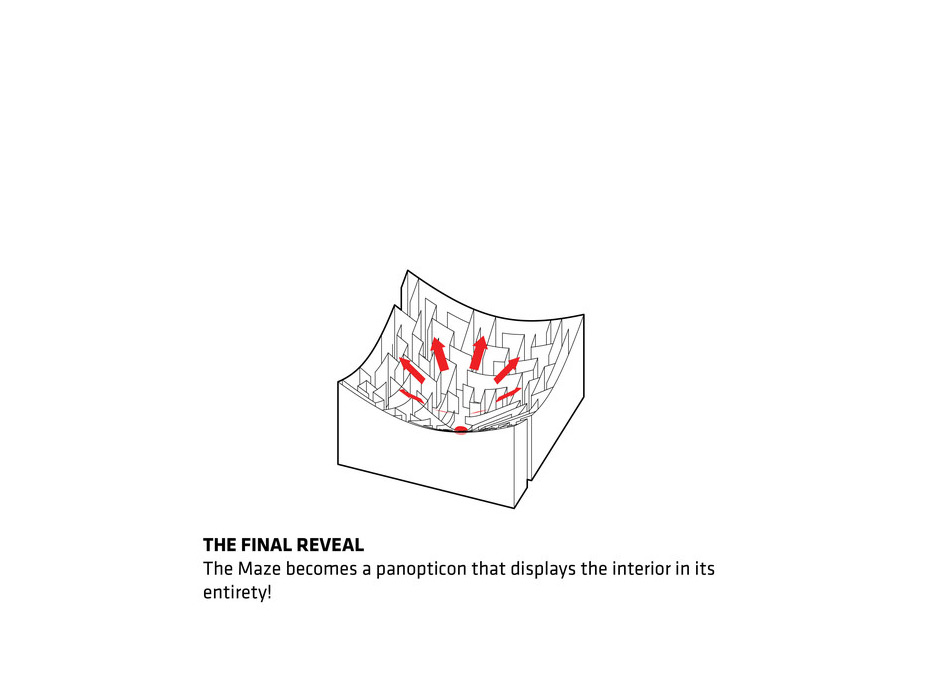