bjarke ingels’ architecture office BIG has revealed its competition proposal for a vast media headquarters building in the middle east. the scheme will provide a framework for international broadcasting that simultaneously seeks to remain grounded within the region’s specific culture. 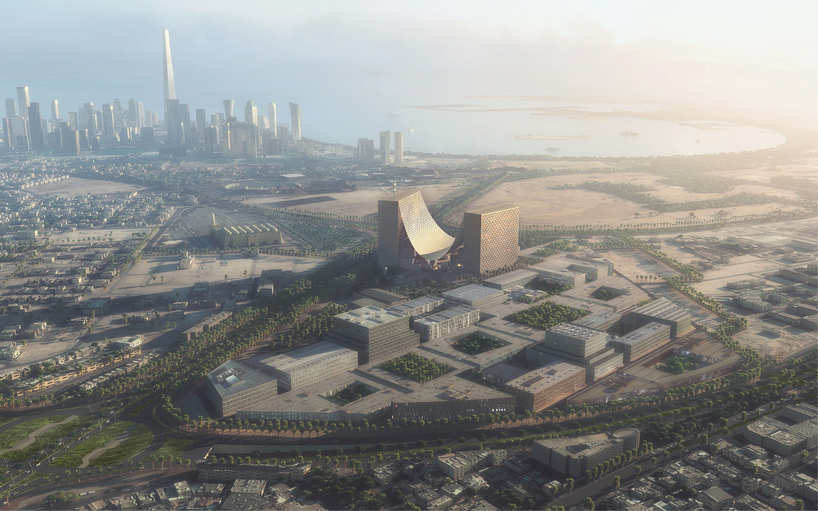 the scheme will provide a coherent framework for international broadcasting

formed of two cuboid towers, the 650,000 square meter project has been designed to encourage communication among the building’s various occupants. in order to maximize this interaction, a vertical village of newsrooms and broadcast studios is united beneath a tensile canopy that brings together both staff and visitors. 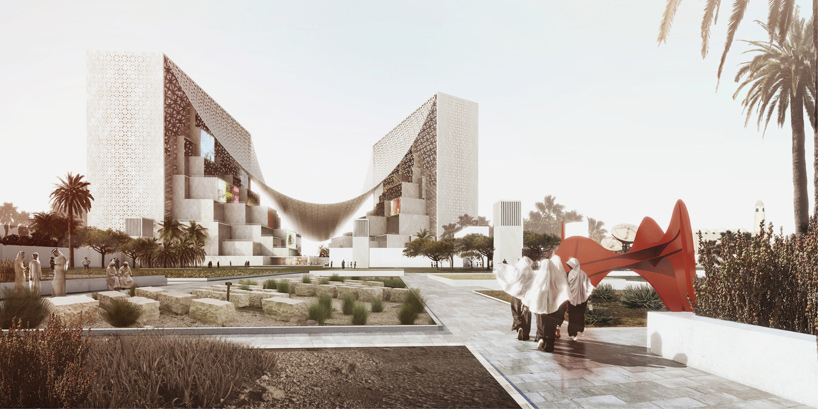 the scheme seeks to identify with the region’s specific culture

within the ‘valley’ of the design, the podium – and the floors immediately above – form a shared space for informal relaxation, while private roof terraces can be used by staff working higher up the building. the scheme also contains a number of shared amenities, such as a dining facilities, a gym, a bank and an auditorium. despite sharing a common base, internal programs are allocated a specific location to ensure a necessary level of privacy. functions with less demand for unusual spatial requirements are located in the higher part of the towers. here, the repetitive floor plates allow for a greater degree of flexibility. 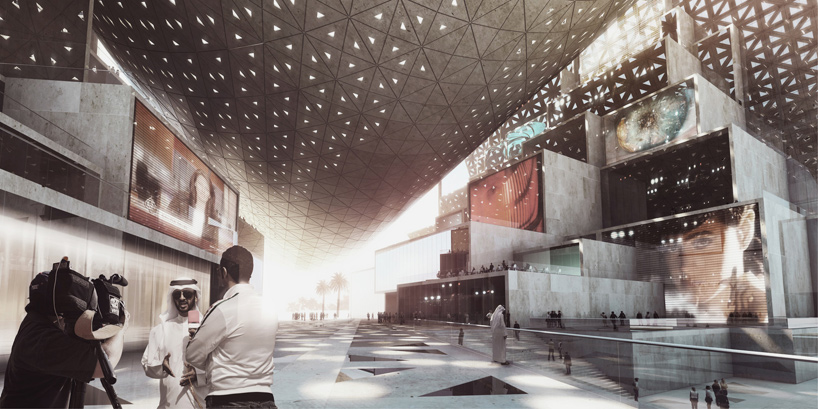 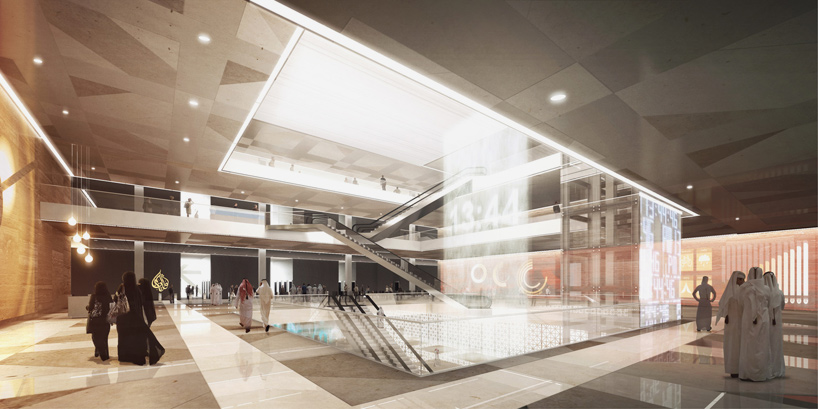 despite sharing a common base, internal programs are allocated a specific location within the plan 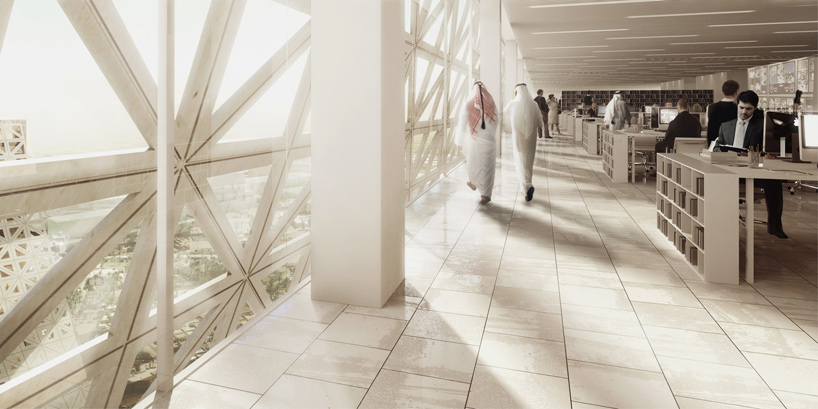 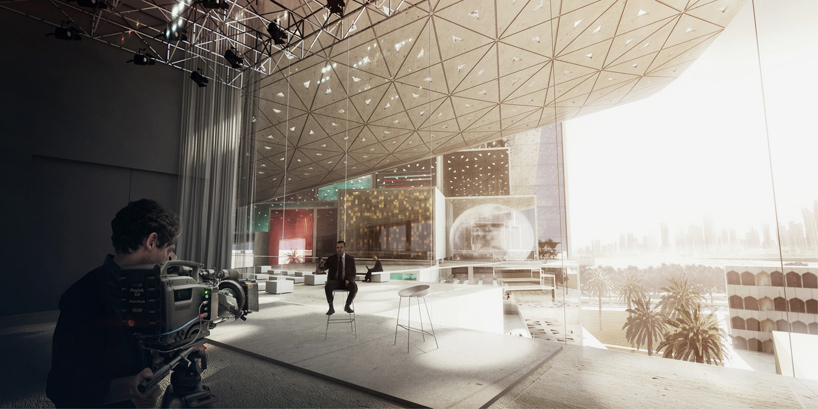 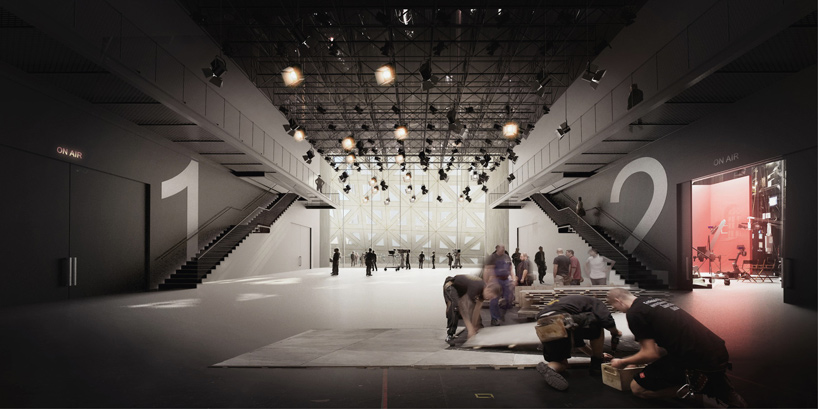 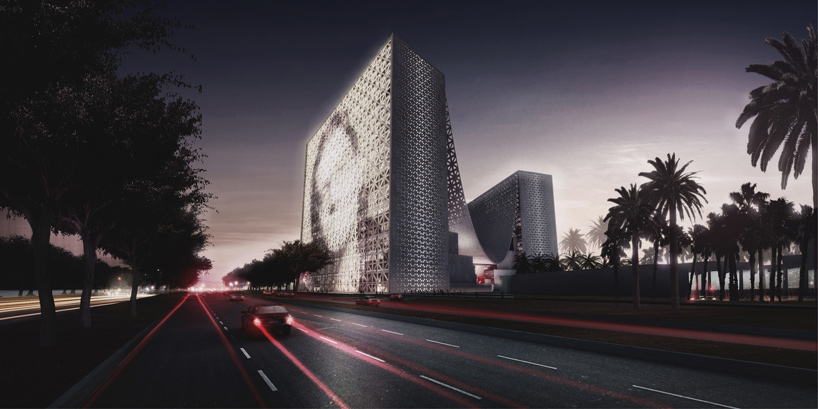