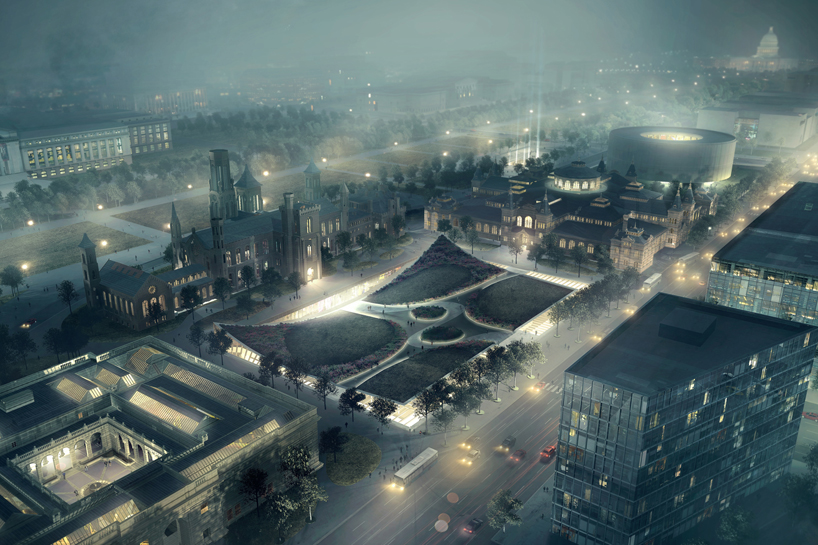 the smithsonian, the world’s largest museum and research complex, has revealed plans for the renovation of the site’s south mall campus – the museums and gardens positioned along independence avenue in washington DC.

after being announced as the project’s architect in early 2013, bjarke ingels group (BIG) has subsequently designed a masterplan that will be implemented over a 20 year period, starting in 2016. the comprehensive overhaul includes the revitalization of the castle, with expanded visitor services, new mall-facing entrances to the national museum of african art and the arthur m. sackler gallery, and improved visibility and access from the freer gallery of art to the hirshhorn museum and its adjacent sculpture garden.

the vast redesign seeks to accomplish three primary objectives: to improve and expand visitor services and education, to create clear entrances and connections between the museums and gardens, and to replace aging building mechanical systems that have reached the end of their lifespan.

‘to resolve the contradictions between old and new, and to find freedom within the boundaries of strict regulation and historical preservation, we have chosen to carefully reinterpret the elements that are already present in the campus,’ explained bjarke ingels, founding partner at BIG. ‘by forging new links between the various technical, programmatic, logistical and curatorial demands, we have created a new landscape of connectivity and possibility. we believe this plan holds the potential to guide the smithsonian south mall campus into the future while remaining firmly rooted in its heritage.’

the centerpiece of the plan is the complete restoration of the distinctive smithsonian castle, which originally opened in 1855. the building’s historic great hall, which has been considerably altered by insensitive partitions will be renovated to include a two-level underground space for visitor services such as cafés and gift shops, providing direct access to to enid a. haupt garden and the underground ripley center.

the original roof of the quadrangle building under the haupt garden will also be replaced, bringing daylight into the underground complex for the first time. the project’s initial cost estimate is $2 billion, which will be funded through a mix of private and federal investment.

‘the masterplan provides the first-ever integrative vision for the south mall’, said wayne clough, secretary of the smithsonian institution. ‘bjarke ingels group has given us a plan that will offer open vistas, connected museums, galleries bathed in daylight, new performance venues, gardens that invite people into them, and it will visually attract visitors who will have an unparalleled experience.’

‘it’s a great honor and a humbling challenge to reimagine one of the most significant american institutions on the front lawn of the nation’s capital’, continued bjarke ingels. ‘together with the smithsonian – with whom we have worked closely over the last year and a half – we have conceived a master plan for the south mall campus as an example of radical reinterpretation.’ 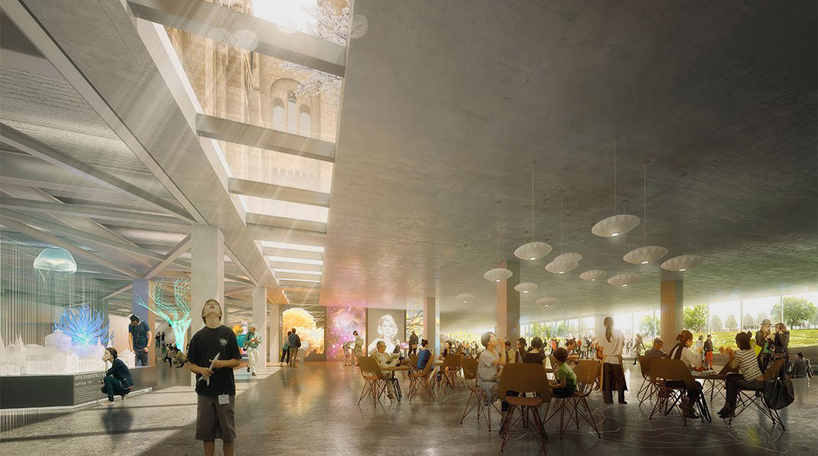 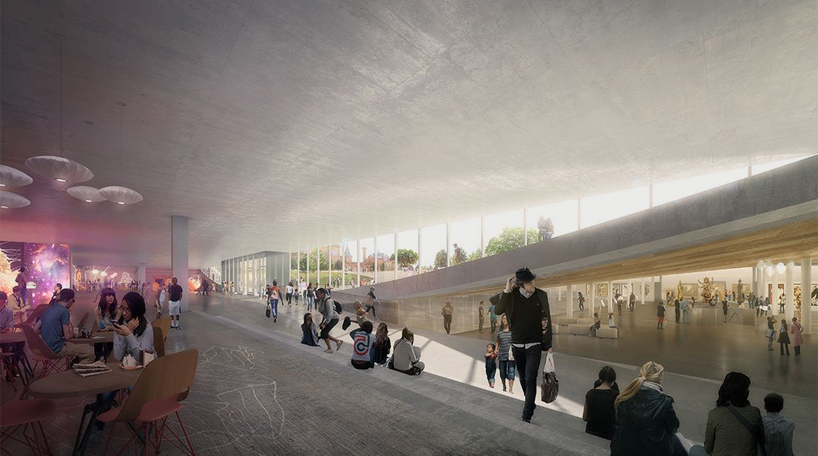 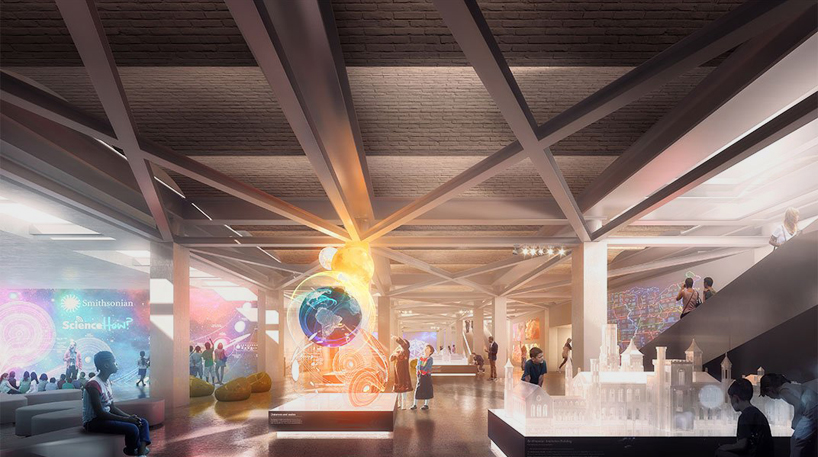 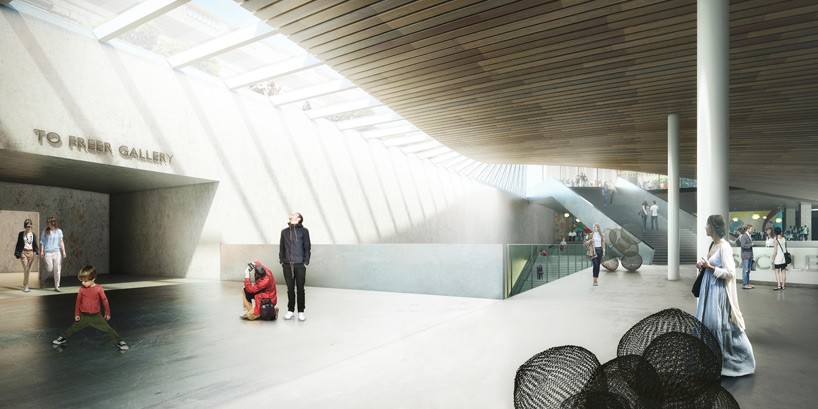 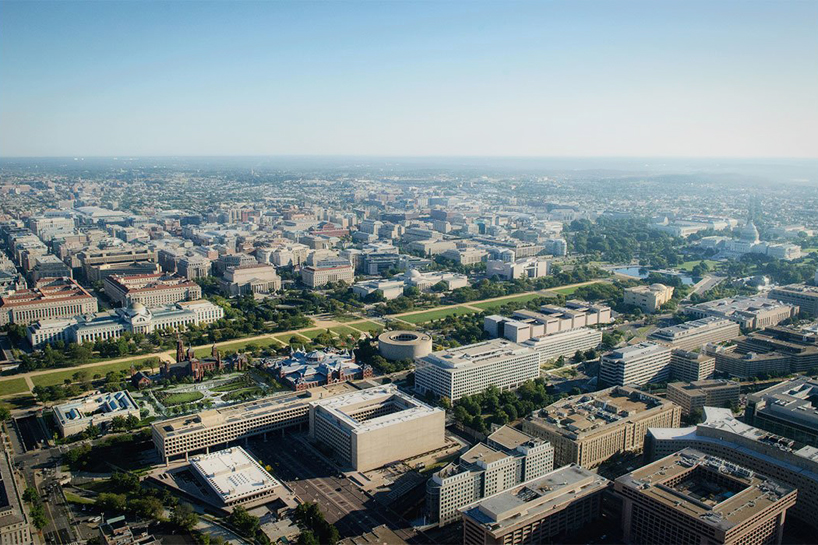 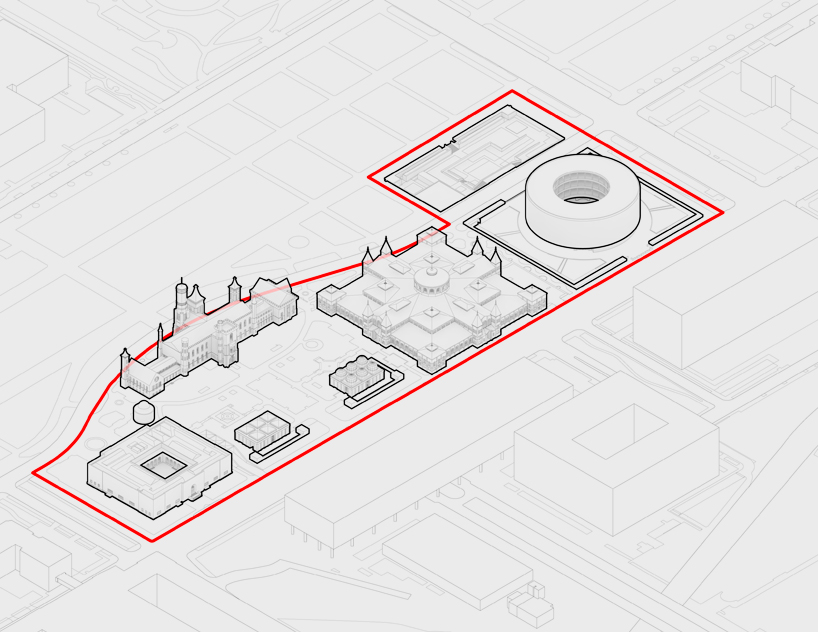