with work on new york’s much-anticipated via 57 west development nearing completion, designboom goes inside the building for a look at bjarke ingels’ first major project in the united states.

the unique shape of the residential superblock seeks to combine the advantages of compact european courtyard structures with traditional manhattan high-rises. three corners of the block are kept low, while the north-east corner is lifted up to reach its peak of 467 feet (142 meters). as a result, the building appears as a pyramid from the adjacent highway, but as a glass spire when viewed from west 58th street. at the center of the scheme, a courtyard with the same proportions as central park opens views towards the hudson river, bringing low western sun deep into the block. 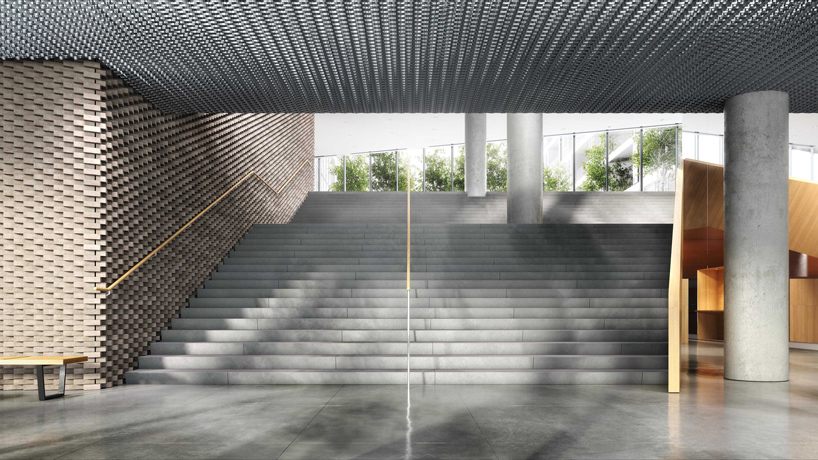 upon entering the building, residents are greeted with a spacious lobby

‘city planning was telling us that they wanted some sort of iconic structure, and my cousin douglas (durst) had established a relationship with bjarke ingels,’ said jody durst, president of the durst organization, speaking at a media tour of the building earlier this week. ‘we immediately hired bjarke, and he presented city planning with a concept that they couldn’t turn down.’

‘it is really where you come into manhattan, it is something that says ‘here you are, you are entering the grid’’, added jordan barowitz, vice president & director of external affairs. ‘we took that concept into the name of the building — ‘via’, as in ‘the way’.’ 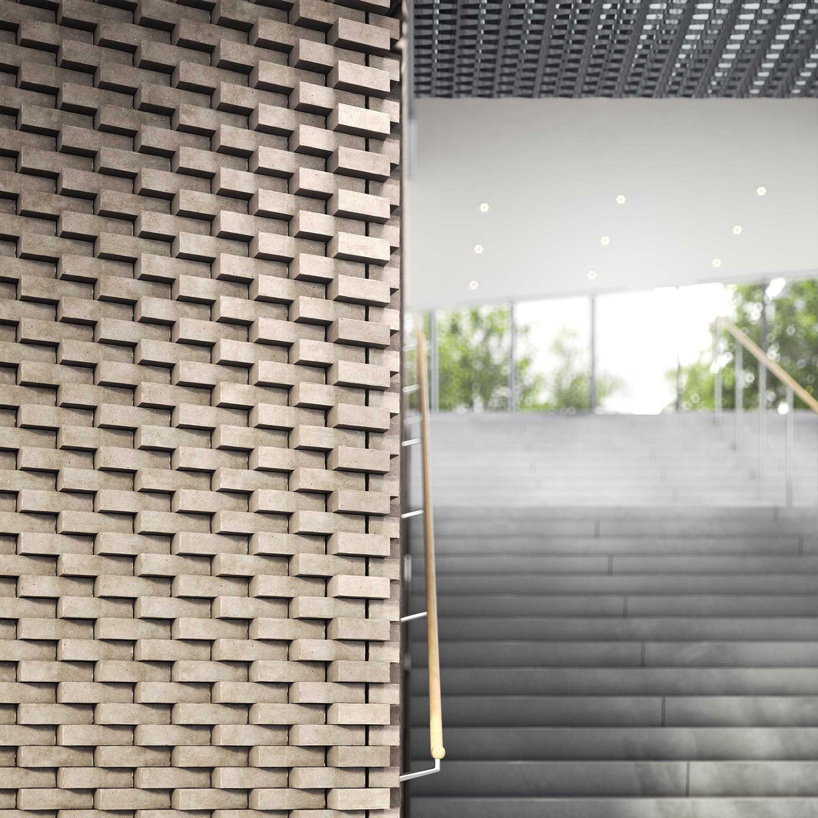 upon entering the building, residents are greeted with a spacious lobby, where walls are lined with a jagged brick bond that echoes the configuration of the courtyard balconies. the lower level includes a host of on-site amenities, including a movie screening room, a swimming pool, and an indoor half-basketball court. above, the scheme includes a range of studio, one, two, three, and four bedroom units, many with private terraces and balconies. 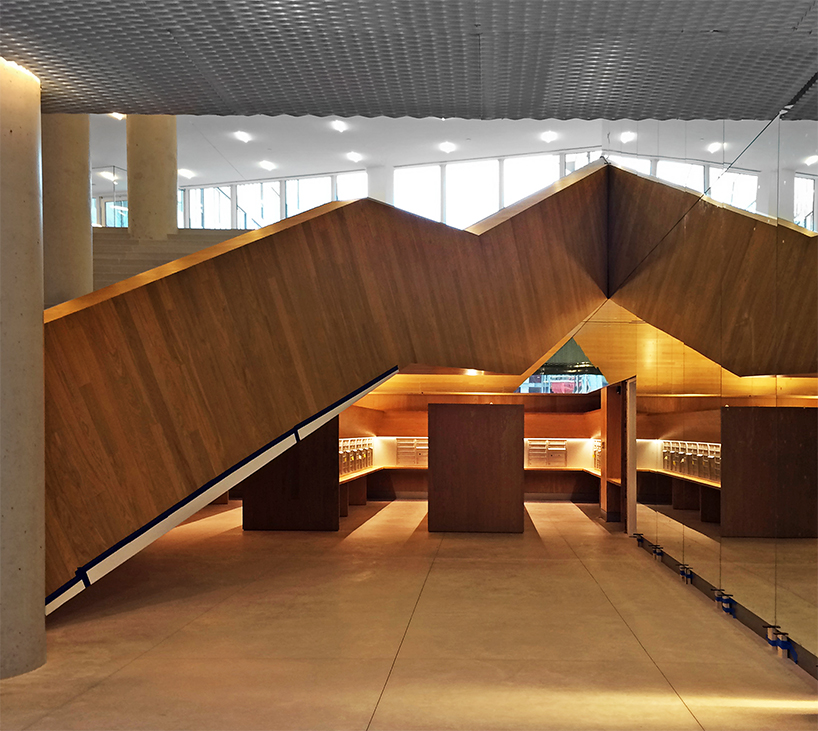 in total, the development contains over 700 residences, 20% of which qualify as affordable housing. this process sees potential low-income residents enter into a lottery with the chance of being selected. ‘there is an application process, then the applications are randomly selected, qualified, and then approved for residency. it is a formula based upon income,’ explained dan mogolesko, durst’s vice president of residential leasing and operations. ‘affordable apartments for a one bedroom unit start at $600 per month. we had about 17,000 applications for this building.’ 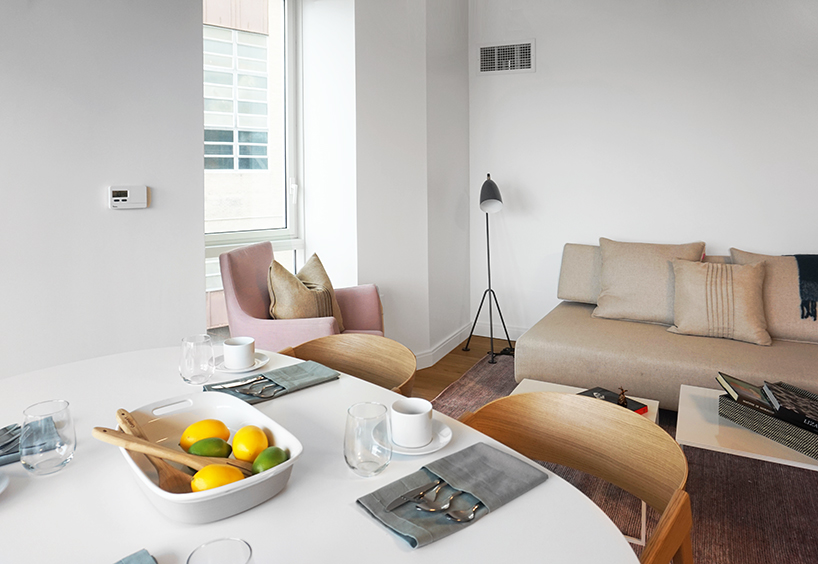 the scheme includes a range of studio, one, two, three, and four bedroom units
image © designboom

the dynamic form of the building carries through to the interiors, with materials and furnishings carefully considered for their resiliency and environmental impact. each aspect of the design has been planned in order to save water, reduce energy dependence, and promote resident well-being. floor-to-ceiling windows are comprised of high performance glass, while horizon oak wood flooring extends throughout the project’s interiors. high-spec kitchens are outfitted with pure white caesarstone countertops and backsplashes, and bathrooms are equipped with bespoke fixtures and fittings. 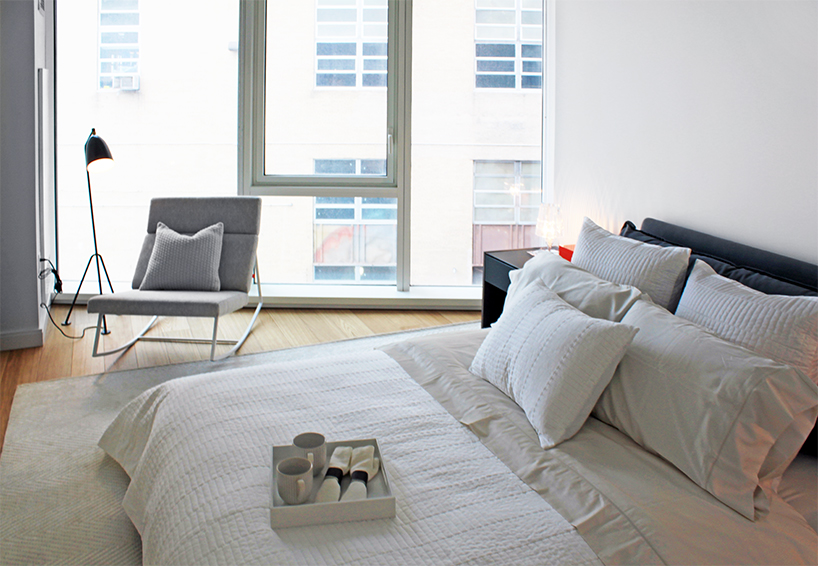 in total, the development contains over 700 residences
image © designboom

as part of the development, los angeles-based artist stephen glassman has been commissioned to create a large scale artwork to complement the building. named ‘flows two ways’, the vertical sculpture serves as a reinterpretation of the hudson river and its relationship with new york city. aluminum, stainless steel, and rolled metal tubing will be used to evoke the river’s movement. ‘as a new york native, the movement to save the hudson river was formative in my growth as an artist intent on creating works of scale and social impact,’ commented glassman. the 3,600 square feet piece will be sited on the western wall of the neighboring ‘helena 57 west’ tower.

via57 west is to welcome its first tenants in march 2016. see designboom’s previous coverage of the project here. 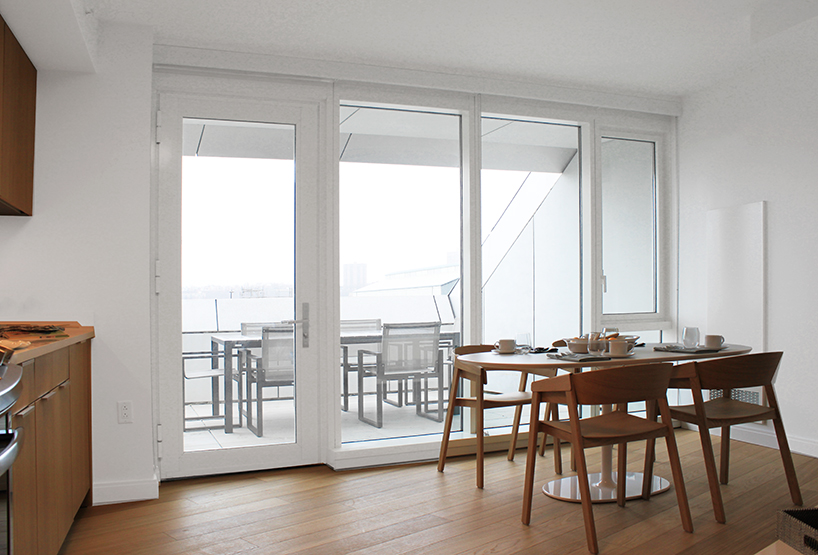 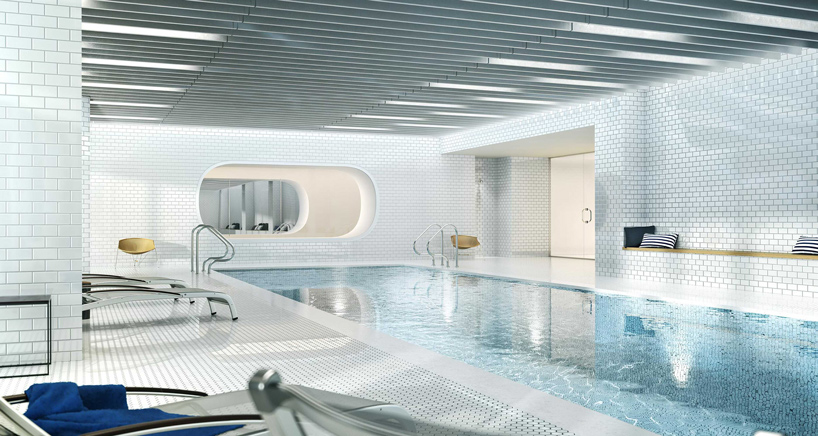 residents will have access to a communal swimming pool 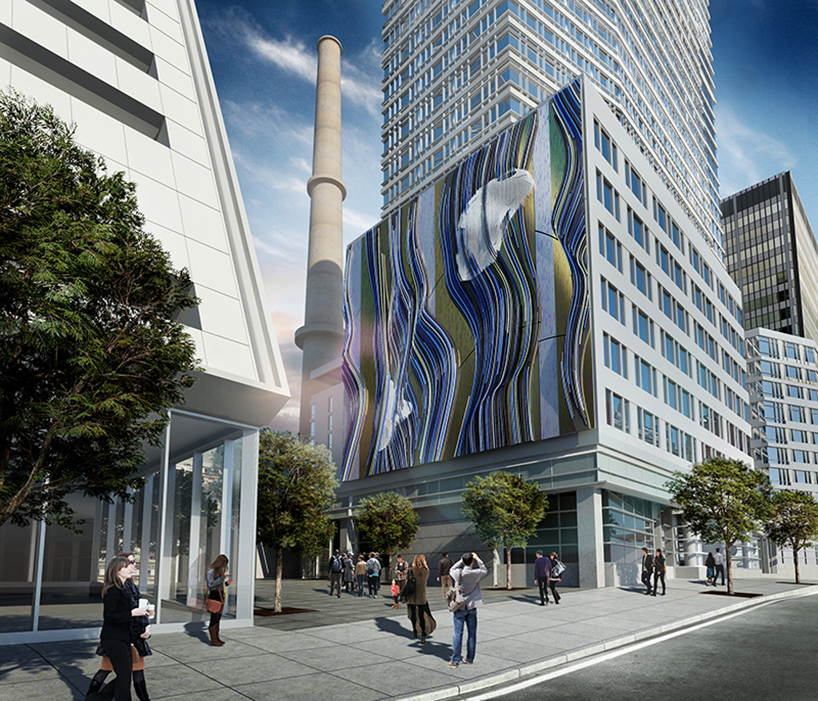 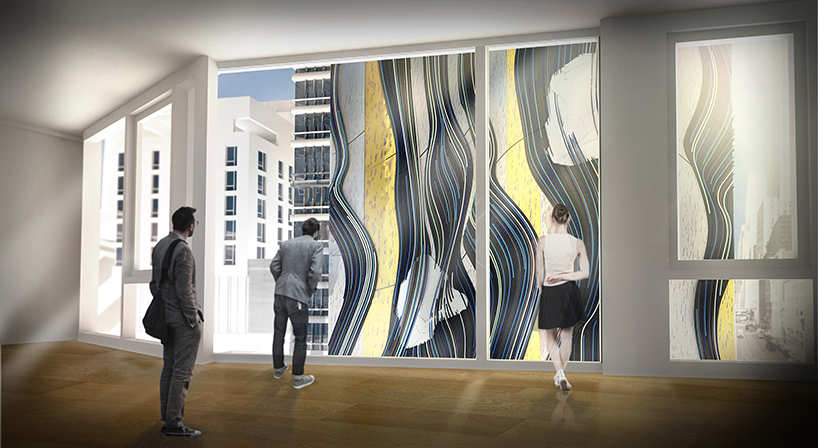 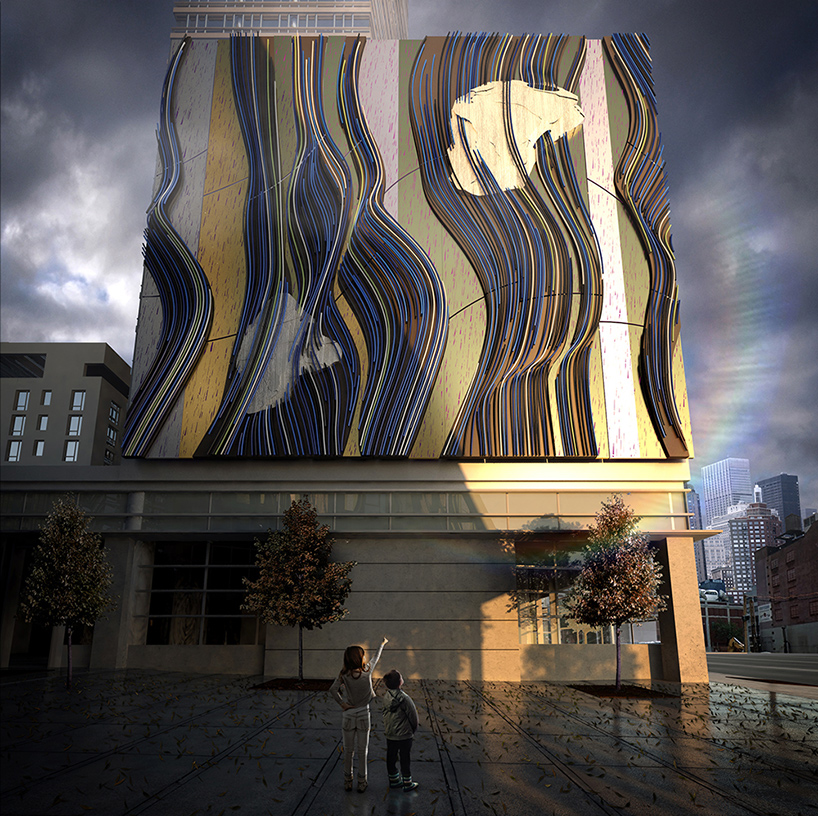