american football team the washington redskins has officially announced that it has hired bjarke ingels group to design its new stadium. although the arena’s exact location is still unspecified, BIG has unveiled images of the 60,000-seat venue that shows a transparent wave-like structure surrounded on all sides by a recreational moat. this body of water, and adjacent areas of greenery, provides tailgaters with a designated place to congregate before the game. 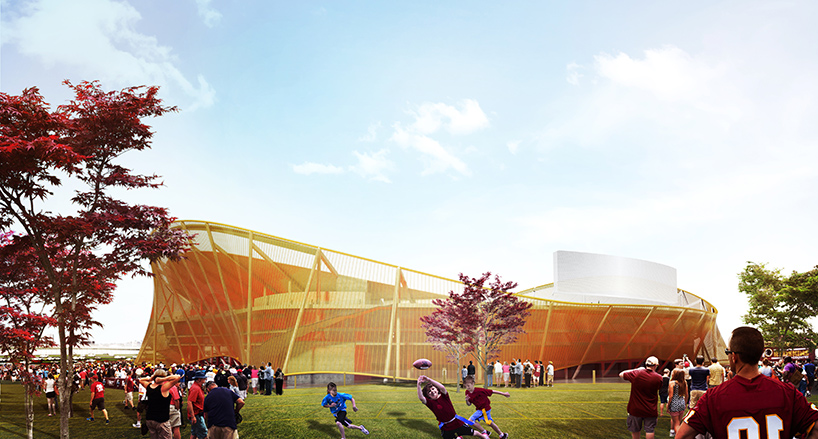 ‘the one thing that everyone is excited about, is that the stadium is designed as much for the tailgating, like the pregame, as for the game itself,’ bjarke ingels told american TV network CBS. ‘so tailgating literally becomes a picnic in a park. that can actually make the stadium a more lively destination throughout the year, without ruining the turf for the football game.’ 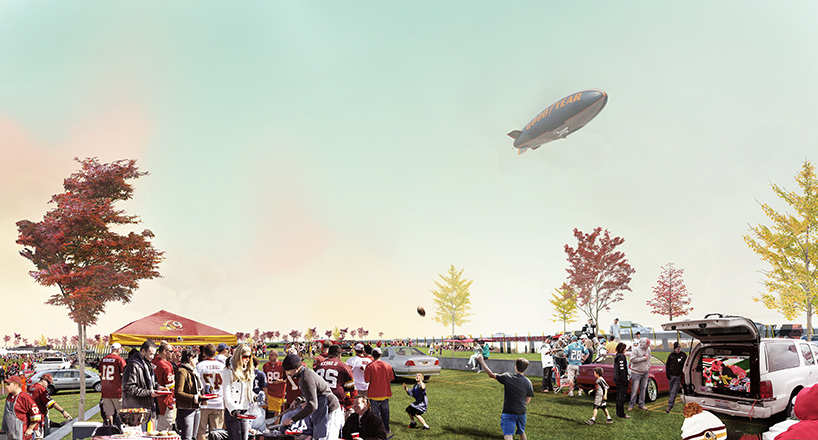 fans gain access to the sculptural stadium by crossing a series of bridges that traverse the moat and lead inside the arena. its is believed that the waterway could be be utilized to accommodate kayakers and surfers throughout the year. a rendering also indicated that the stadium walls could potentially be used for climbing and abseiling. the project formed part of a feature detailing the work of BIG that recently aired on CBS news magazine 60 minutes. 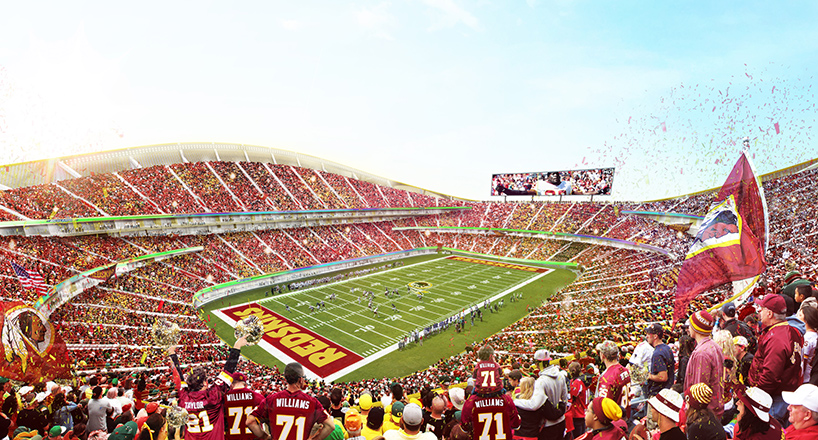 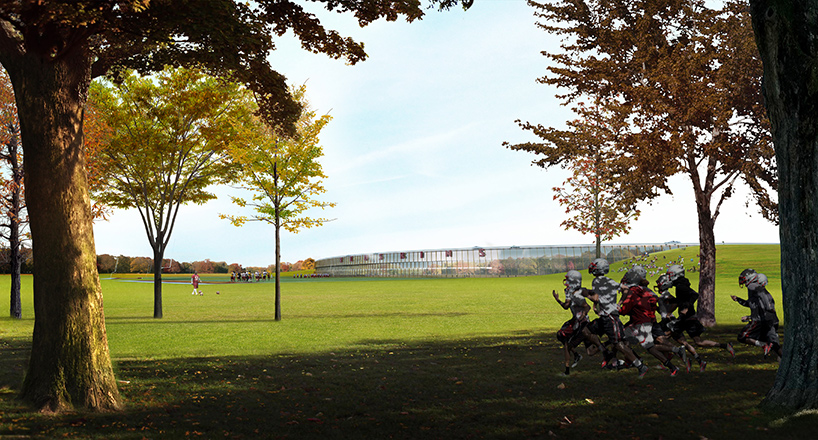 the stadium’s exact location is still unspecified
image by BIG 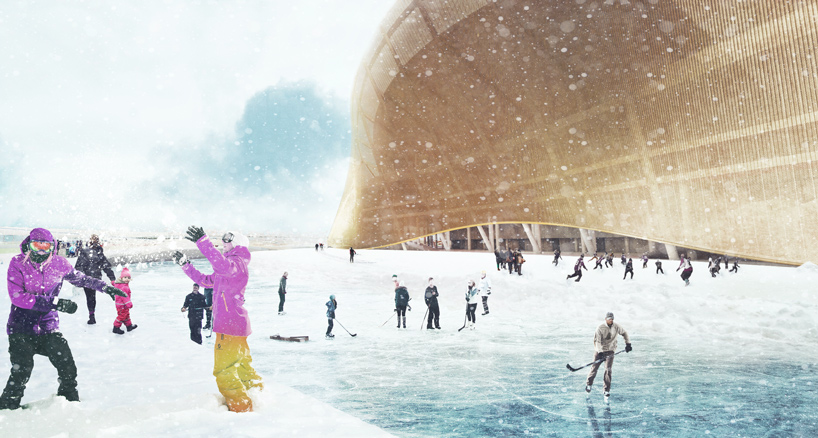 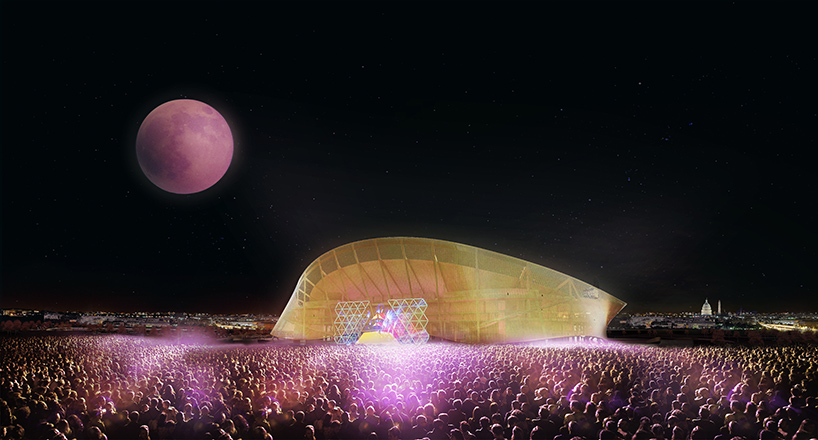