bjarke ingels has shared initial images of a ‘cinematic ziggurat’ that his firm has proposed for the danish city of copenhagen. the project comprises a series of staggered box-shaped structures that would be stacked and configured in response to the site’s urban context. these volumes, topped with accessible green roof terraces, would contain a variety of office spaces, while a new subterranean cinema complex will replace ‘palads’ — a cinema that currently occupies the site.

according to denmark’s union of architects and designers (FAOD), bjarke ingels group (BIG) presented its proposal for the project in april 2020 alongside nordisk film who operate the existing cinema complex. if realized, the new building would also include a welcoming ground floor foyer and retail outlets intended to keep the site active throughout the day. the project has not yet been approved and the team is now looking for investment with more details to be revealed in due course. 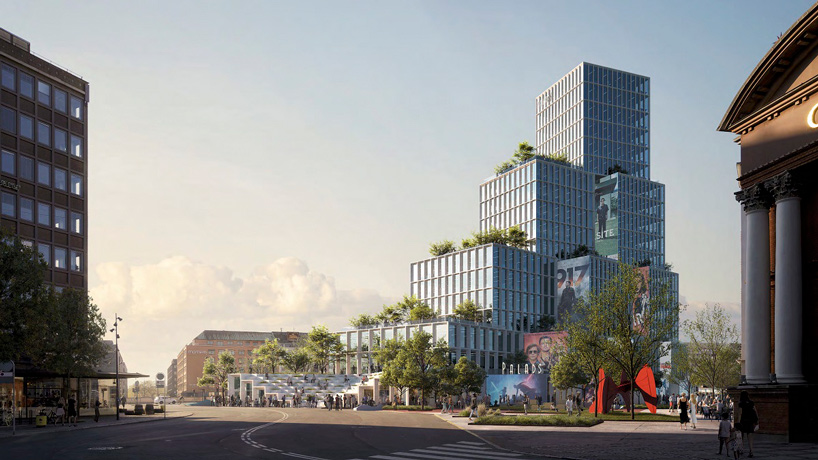