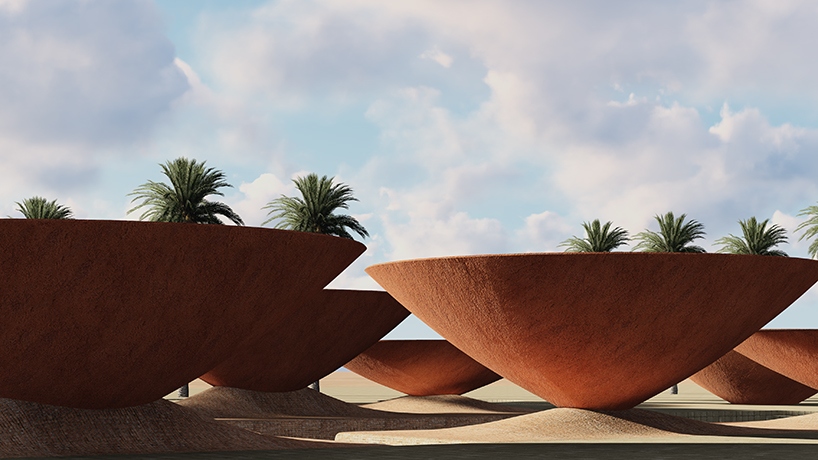 society may not be very far from witnessing big displacements of people from other countries with the same environment, although at different pace. iranian based office BMDesign offers a double solution to this matter. part of it is to combat global warming and reduce the overall carbon footprint, while another part is to pursue other sustainable water resources. resources like rainwater, even though there is a serious doubt about the feasibility of a RWH system in the region. 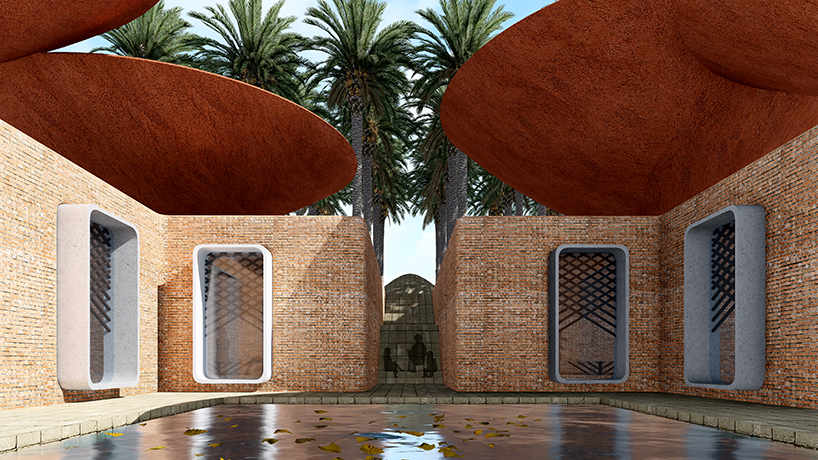 with 923 m2 of concave roof, the school will collect 28 cubic meter of clean rainwater

the argument is that the small amount of rainfall does not flow off the roof, thus it cannot harvest a tangible amount before it evaporates. the design team has worked on the design, detailing and technique for harvesting rain in the iranian plateau and similar environments with precipitation less than 1/3 of world average and evaporation more than 3 times world average. 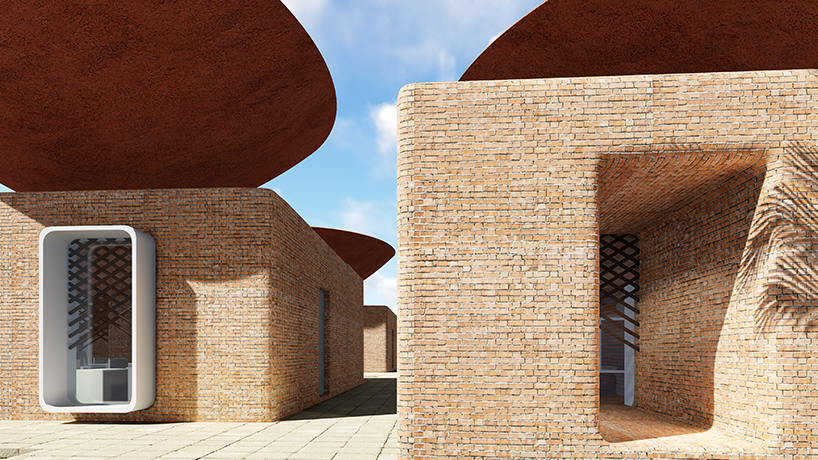 initially designed for a competition of a school in the arid region of iran, BMDesign has come up with the idea of a concave roof. a double roof system in which the outer shell grades to look like a bowl with very steep slopes. the studio believes that a concave roof like this will help make even the smallest quantities of rain to flow off the roof and eventually coalesce into bigger drops just right for harvesting before they evaporate. the outer shell provides additional shade for the domed roof while letting the air to freely move and cool both roofs off. 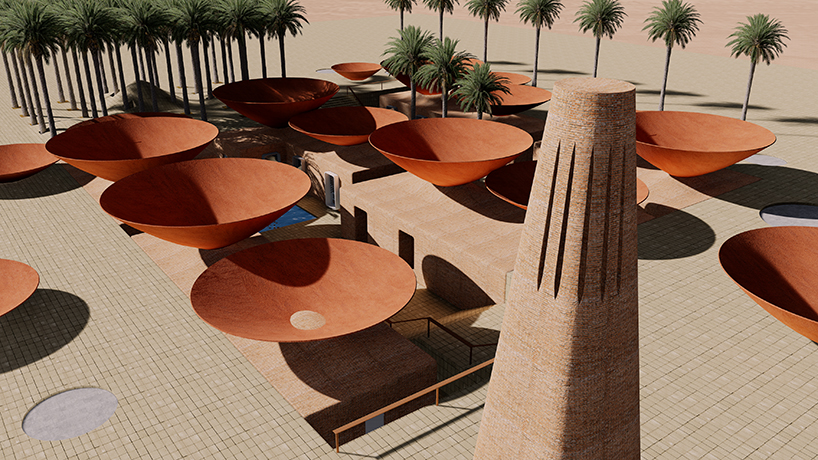 the inner shell itself is slightly domed as only a section of a domed roof receives solar radiation directly at any time. with a concave roof and a rough calculation, we should be able to collect 28 cubic meter of clean rainwater from the roofs of the school with 923 square meter of concave roof area in total. the efficiency is considered to be around 60% according to brad lancaster calculations for RWH in dry-lands. 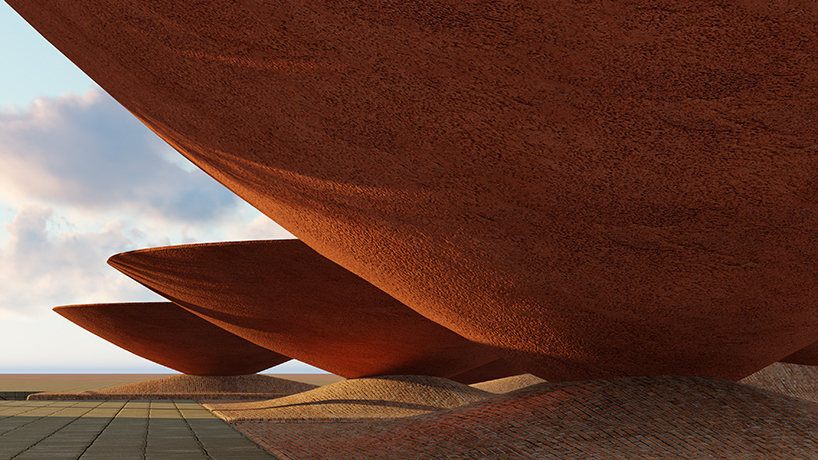 initially designed for a competition of a school in iran, BMDesign has come up with the idea of a concave roof

while the potable water needed exceeds the amount of rainwater harvested, the key point would be to maximize the efficiency of such system. results from further research, hopefully will help propose new design for the roofs in the arid climates capable of harvesting rain. in recognition of the environmental issues, all classrooms, offices and libraries are in a courtyard below ground level like what used to be customary in very arid cities in the heart of the iranian plateau. 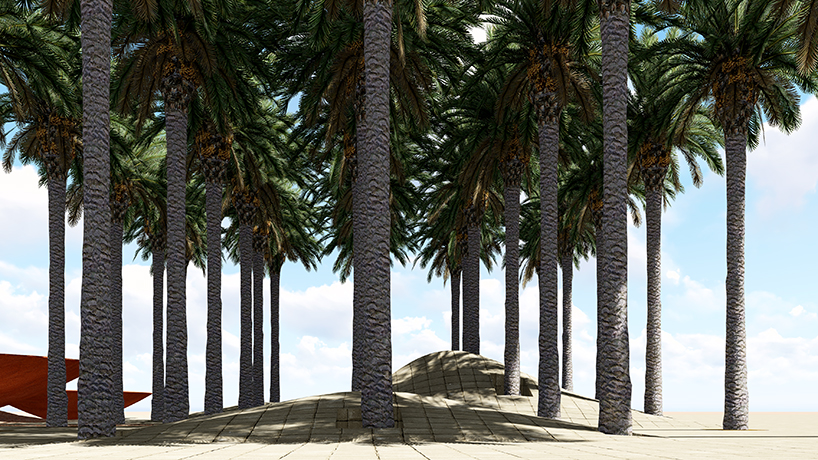 shadowed playground with vegetation capable of surviving such environmental conditions

environmental advantage of this sunken courtyard is to reduce the energy consumption due to its effect on cooling the temperature, providing humidity and reducing construction costs compared to building above the ground. by placing RWH reservoirs in between building walls, temperature fluctuation of the indoor space can be controlled using extraordinary heat capacity of water in our favor, and consequently lowering the overall carbon footprint of much needed air conditioning in this harsh environment. date palms are added to provide shade for the concave roof and to provide visual structure and enclosure. to further reduce the carbon footprint, the building’s structure is to be built with columns made of date-palm leaflets. 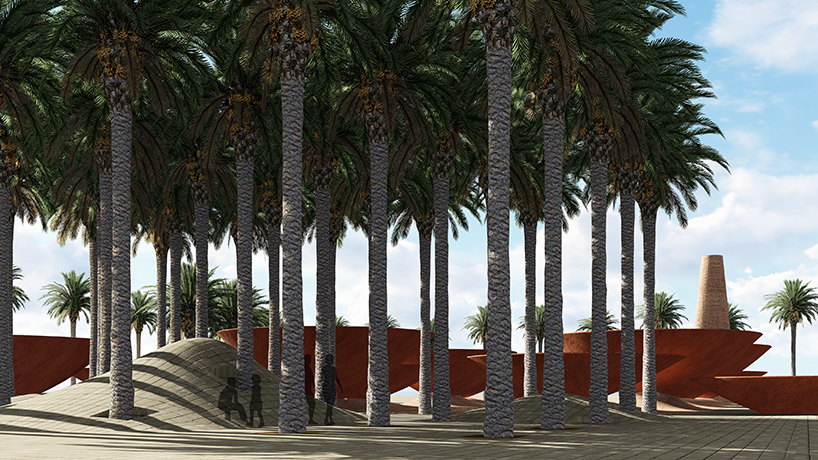 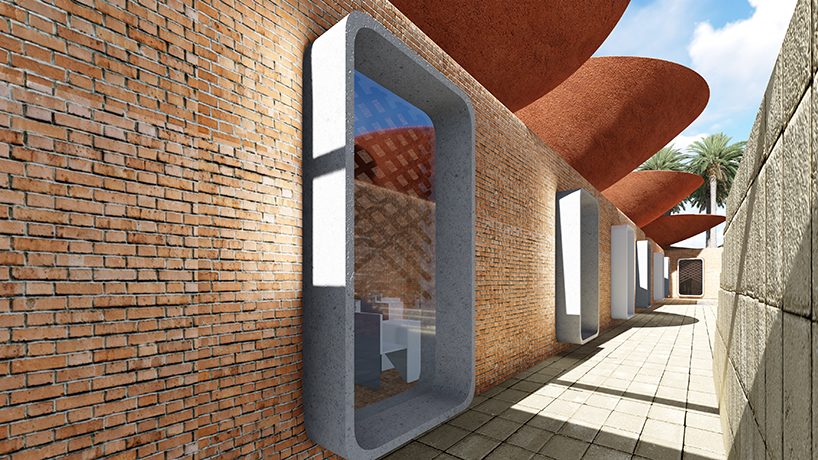 window frames are recessed to provide shade for the indoors 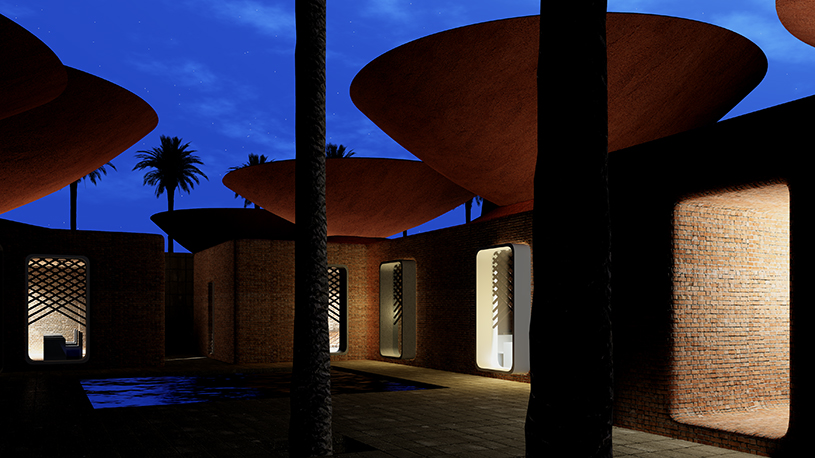 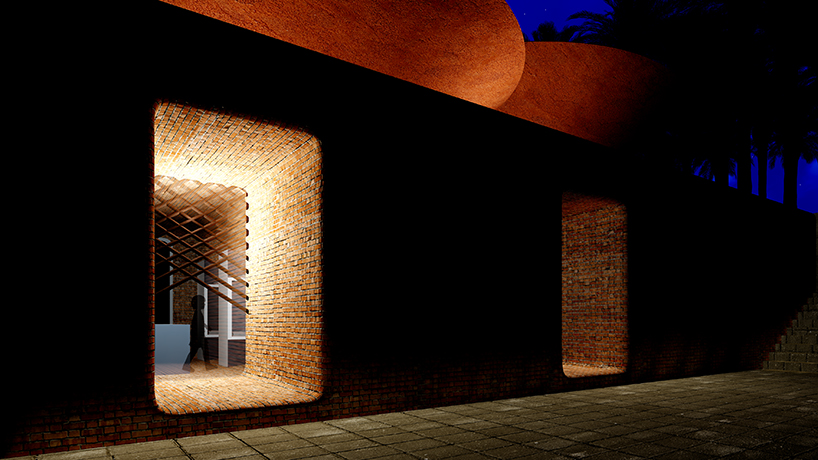 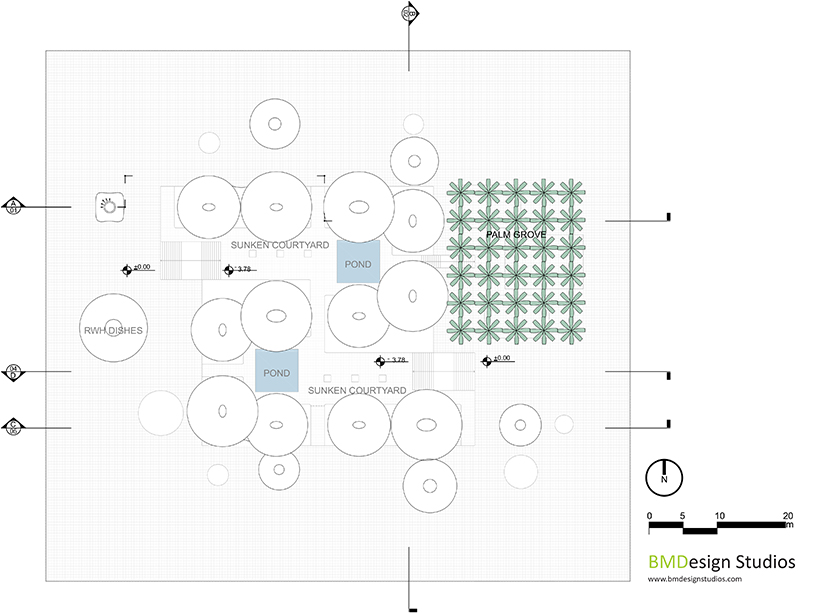 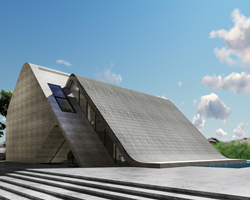