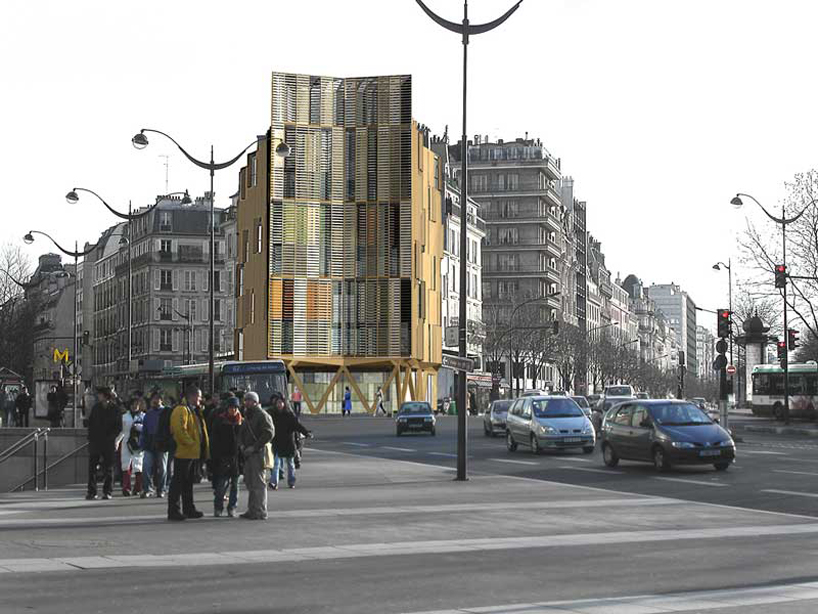 containing 14 private studio and duplex apartments for officers of the ministry of culture, the building looks to introduce a new housing option to the homogeneous urban fabric of paris. 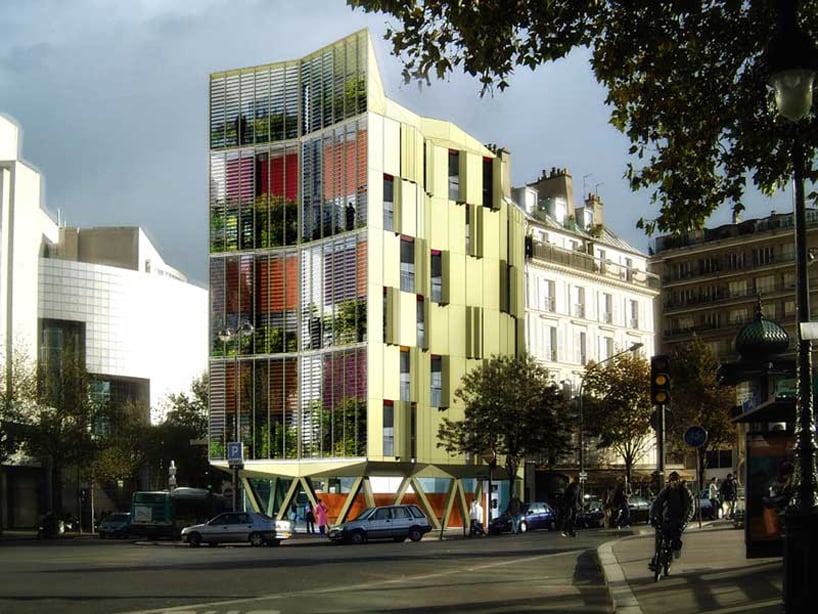 a pleated exterior – clad in rectangular panels that wrinkle around complex planes – is pierced with shuttered sections that open to reveal highly saturated blocks of color. horizontal slats on the front facade interrupt the otherwise vertical orientation of materials, providing controlled transparency to the interior spaces, which face the public square.

on the main floor, a gallery space for ‘the donation of jacques henri lartigue’ sits behind a series of angular concrete pillars that encircle the public domain. 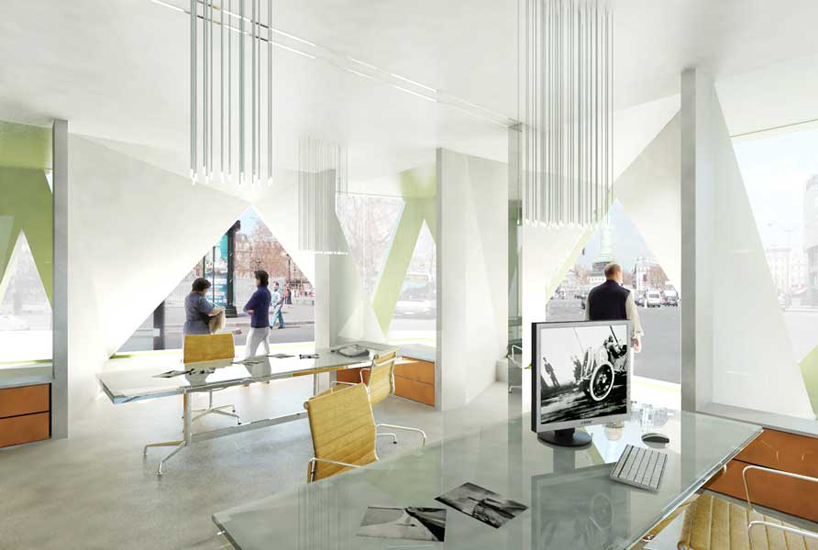 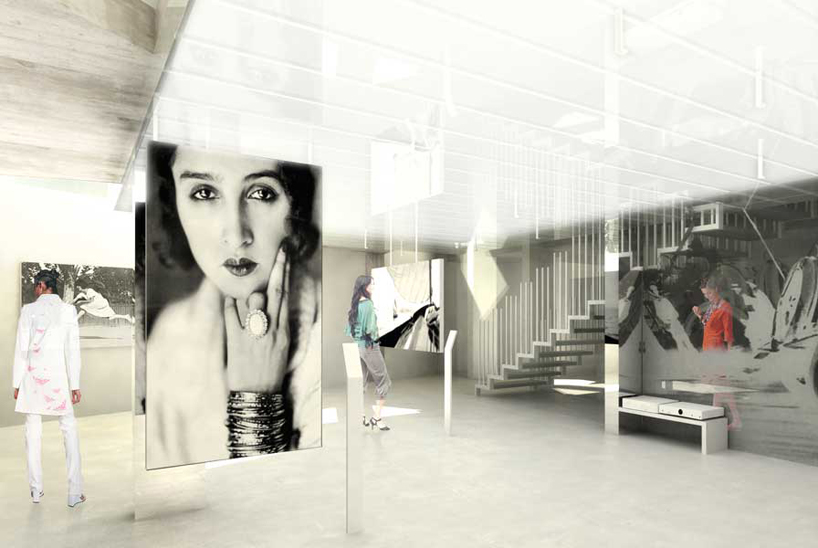 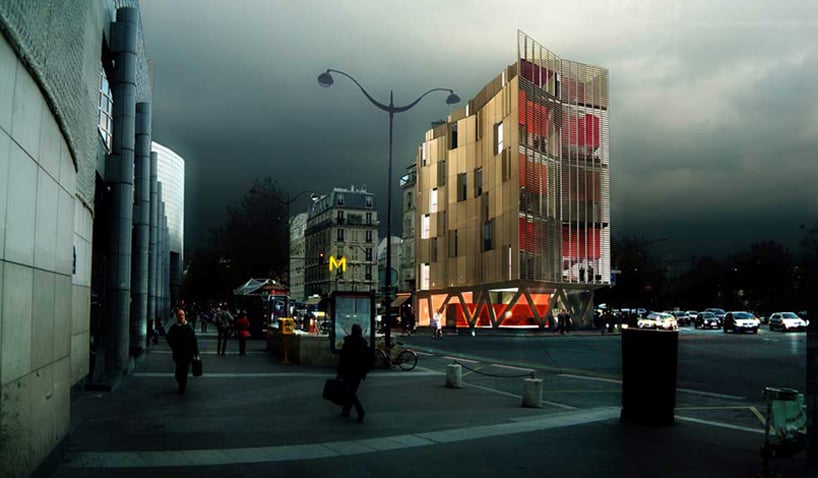 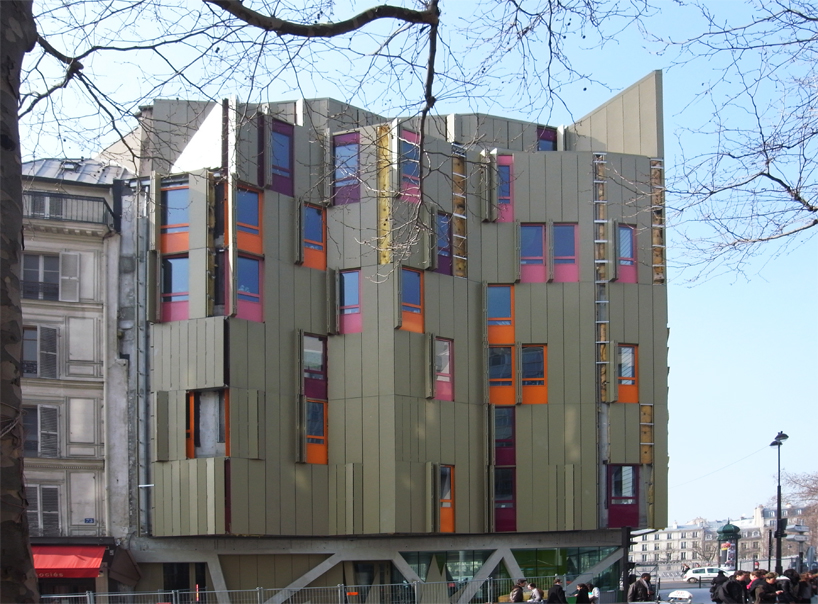 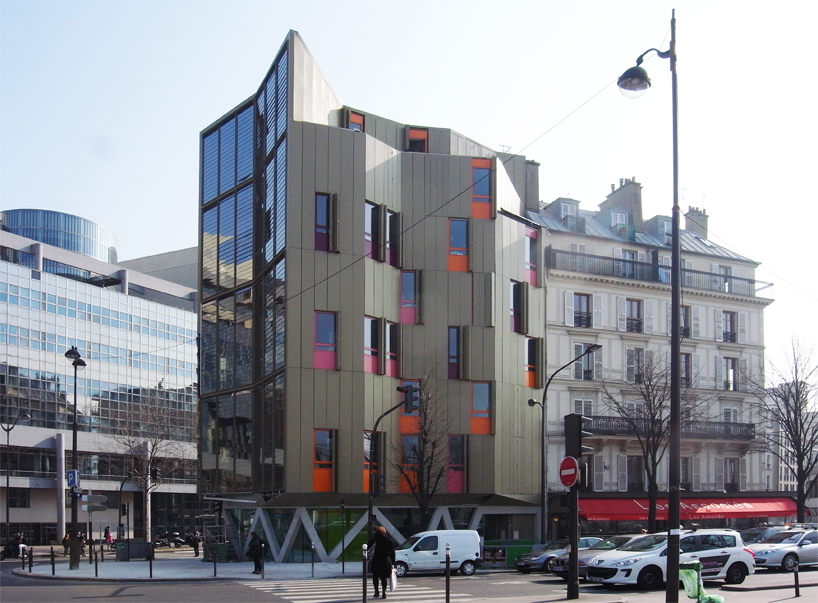 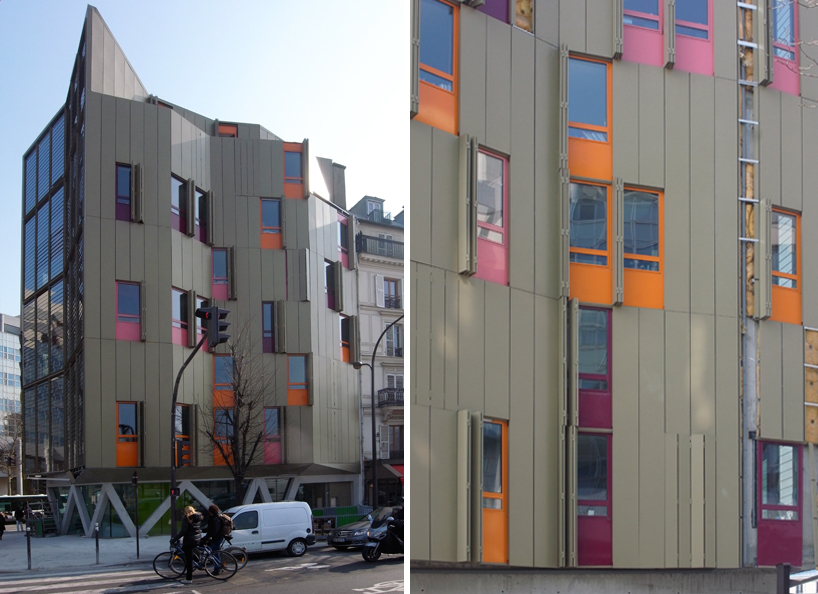 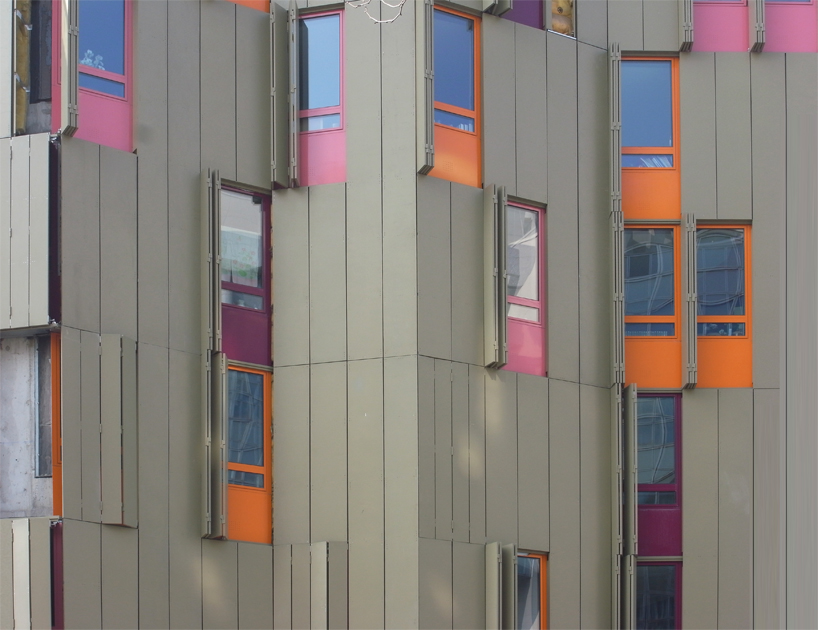 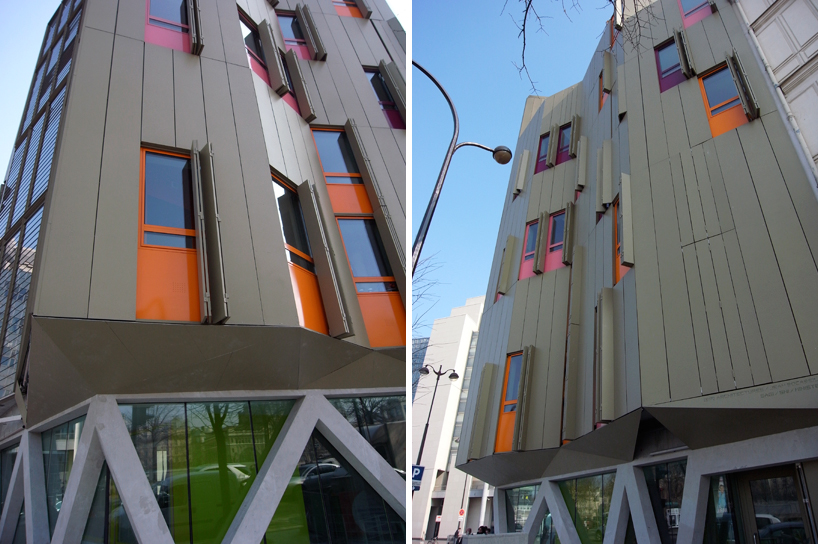 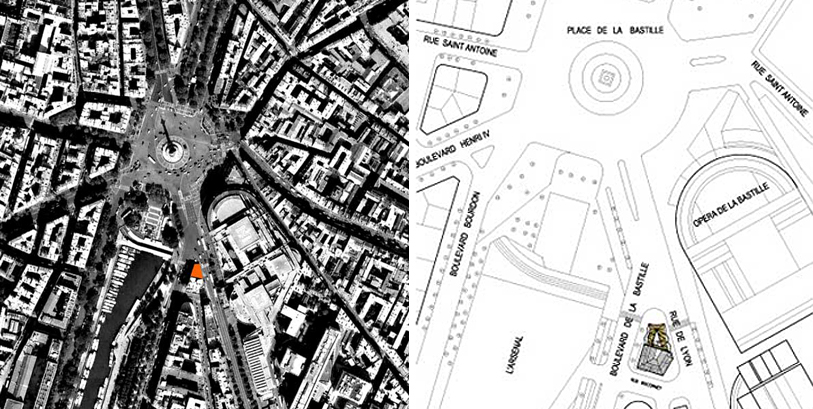 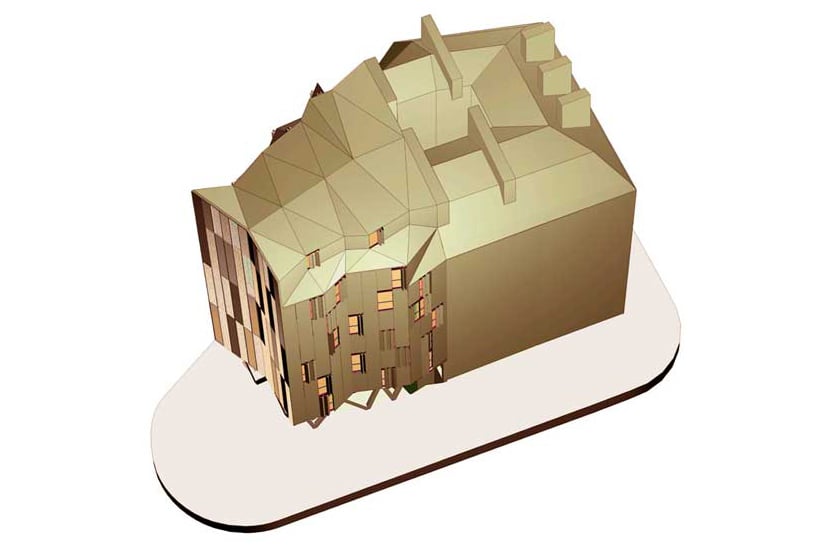 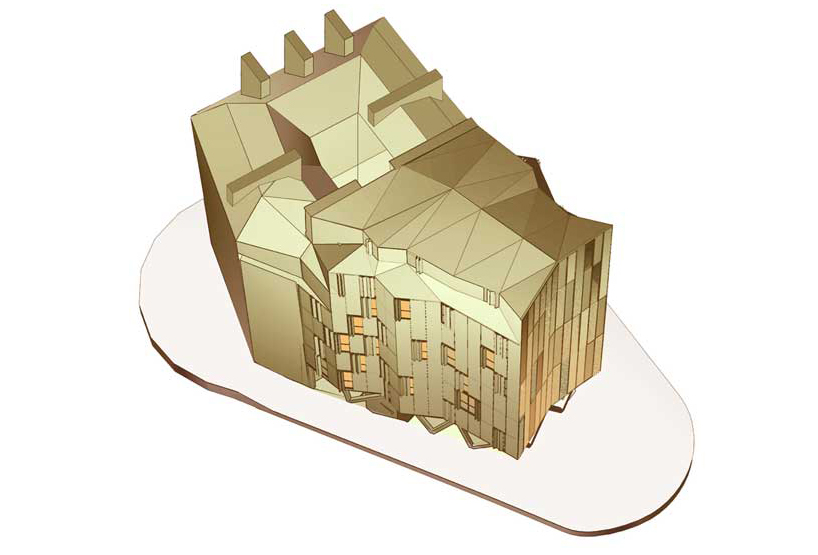 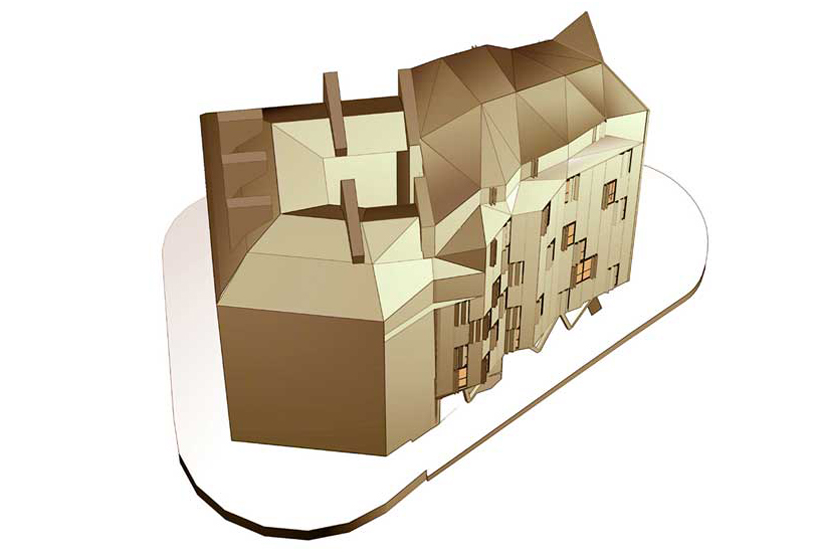