brandon haw is president and CEO of brandon haw architecture, a new york-based studio. haw, the son of two artists, grew up in the 1960s with a strong connection to the period’s minimalist and conceptual art. after studying at the bartlett school of architecture and planning in london and subsequently at princeton, where he received his masters degree in architecture, haw began working in the new york offices of skidmore, owings & merrill where he worked on a number of commercial high rise developments in manhattan.

after returning to london in 1987, brandon haw spent the next 26 years of his career working in the office of lord norman foster, where he became a director of the practice and senior partner responsible for numerous high profile international projects. these ranged from large master planning initiatives to major corporate headquarters buildings such as the commerzbank headquarters in frankfurt, HSBC world headquarters in london, and the world trade center competition in new york. in 2010 haw moved back to the USA to run the new york offices of foster + partners, before setting up his own studio in 2014. 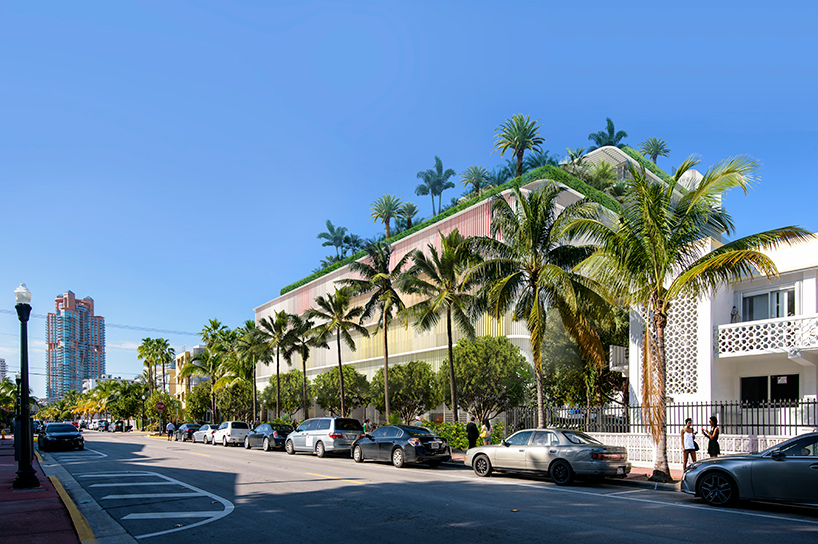 located in mies van der rohe’s landmark seagram building, brandon haw architecture is currently developing a series of high profile commissions in miami and bogotá, as well as a school of business and management for the university of los andes near cartagena. to learn more about the studio, designboom spoke with brandon haw who outlined his architectural philosophies, explained what it was like working with norman foster, and updated us on his ongoing projects.

designboom (DB): can you start by telling us a bit about your background and your design principles and philosophies?

brandon haw (BH): I grew up in the sixties into a family of minimalist artists. from an early age I was taught the importance of making things and that design mattered in every facet of life. I was surrounded by ideas of shelter, sustainability — we had books on le corbusier, buckminster fuller and I recall when the whole earth catalogue was released, was an exciting addition when it came out for my father.

later, my father convinced me to pursue architecture rather than art school. he was a great influence on me and we often discussed how our built environment needed to function well, whether it be a hospital room, a school, an office, a dwelling or a entire city. and that if in making things work well, one could also lift the spirit and improve not only the quality of life but also ignite the heart, then that was a great aspiration. 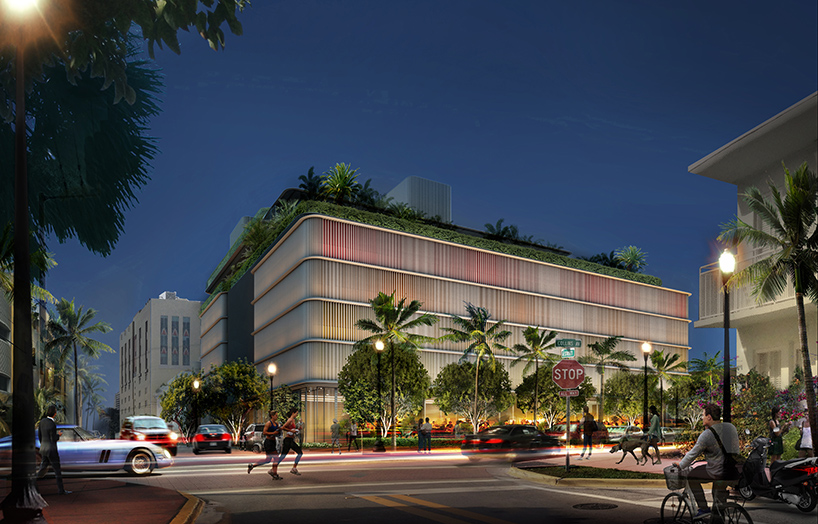 BH (continued): this philosophy starts with any design project at hand, without stylistic prejudices, but with solving the sometimes conflicting pressures of brief, site, budget, time, climate and place, and then which seeks to add value and beauty through the resolution of those issues. this is a keystone to how I start any design challenge. it isn’t about a flourish of the pencil and then trying to make everything fit into some preconceived end result — it is more about the analysis. it actually often starts with the structure; the engineering and then the architecture follows. in my work, context plays a big part, both historical context as well as cultural and of course the physical.

‘faena mar’ (center left) is another project located in miami

DB: you have previously worked at both SOM and foster + partners. what was your experience of working in these environments, and in particular, working alongside norman foster?

BH: upon graduation from princeton, I was excited to join a large corporate practice, and being a huge admirer of gordon bunschaft, joining SOM seemed the natural choice. whilst there I saw the early rise of the computer into the everyday life of the practice and saw how the discipline managed itself at the large scale. these were important lessons for those later years working in foster and partners as the practice grew from a few dozen to over 1200 employees. after relocating back to london with SOM it was not long before foster associates (as it was then called) offered me a job.

I found in fosters many of the same ideals and design philosophies I myself held. norman was a brilliant inspiration and was building an ethos of design that completely synced with my own early experiences growing up. his pursuit of excellence was inspirational and continues to be unwavering to this day — things need to work first and foremost, from a door handle or an airport or an entire city. 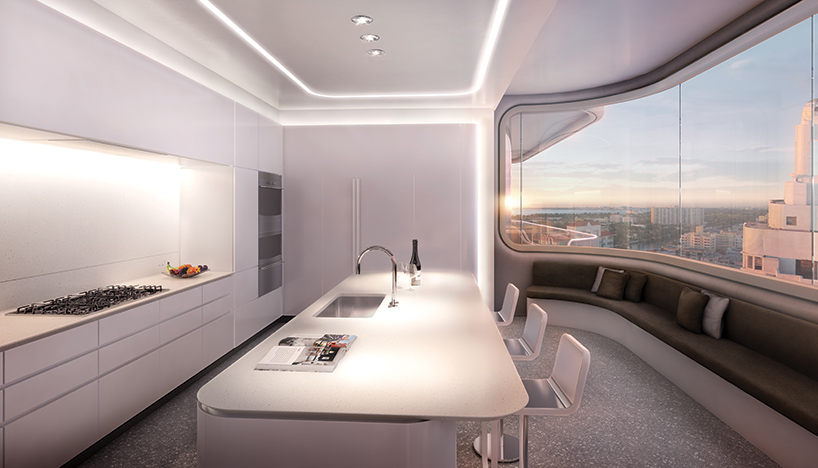 the tower forms part of the faena district in miami beach

DB: can you take us through some of the projects your firm is currently working on? what was the concept behind ‘faena mar’ (formerly ‘versailles contemporary’) in miami?

BH: this was an interesting challenge, as whilst at fosters I had been the senior partner responsible for the faena house which was nearing completion adjacent to faena mar, alan (faena) asked me to design his new project soon after I had set up my new studio.

faena mar sits south of the historic versailles hotel designed by roy france in 1941 and north of faena house with the adjacent saxony hotel, had also been designed by france in 1948. as all of the buildings are part of the miami beach historic district, the project was an exercise in finding a contextual language for a contemporary architecture where all four buildings would coexist harmoniously; the new and the old and yet that would create a relationship between each, like the pieces of a chess set. just as the faena house plays off the old saxony hotel (now the faena hotel), so also does the faena mar play off of the more art deco lines of the historic versailles.

the building sits south of the historic ‘versailles hotel’

BH (continued): as for other projects, we also are designing a car park structure at 400 collins avenue in miami, with luxury condos on the top two levels and restaurant space on the ground floor. there are a number of projects we have in colombia as well. we currently have a beautiful building in construction close to cartagena. it has been designed as an extremely passive sustainable office and faculty building for the universidad de los andes, housing a new international school of business and management for colombia’s most eminent university. we are also doing the entire interiors fit out and furniture for the project and are awaiting the phase two of the project to kick off.

also in colombia, we are designing over 1.2 million square feet of mid-income housing soon to be launched for sales. in addition, we are working on a commercial car sales and production center, with workshops and offices integrated into the program. it is a very large building some 120 meters long. 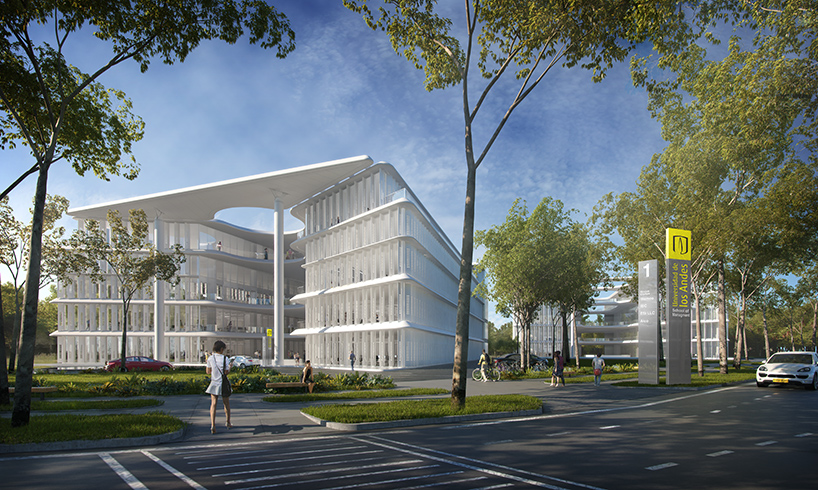 DB: you are also working on a number of projects in colombia. in what ways do you approach a project in south america differently to one in europe or north america?

BH: this is in an interesting question — every country has different ways of approaching things and this is tremendously enriching, but I do not think our approach to design really differs that much as each condition raises the same questions wherever it may be in the world; for example the climate, soil conditions, building technologies adopted and available.

I think the last point is obviously important, as each region may have a greater predilection for concrete rather than steel, or wood rather than aluminum. it is important to recognize these differences early on, as these are things we may take for granted elsewhere. I think the european and the north american design process does tend to provide greater prescriptive detail in documentation than some other places in my experience. in colombia, they don’t rely so much on the contractor ‘figuring it out’. tracking costs during the design process is also more difficult so this needs careful monitoring at times and some insistence on our part. 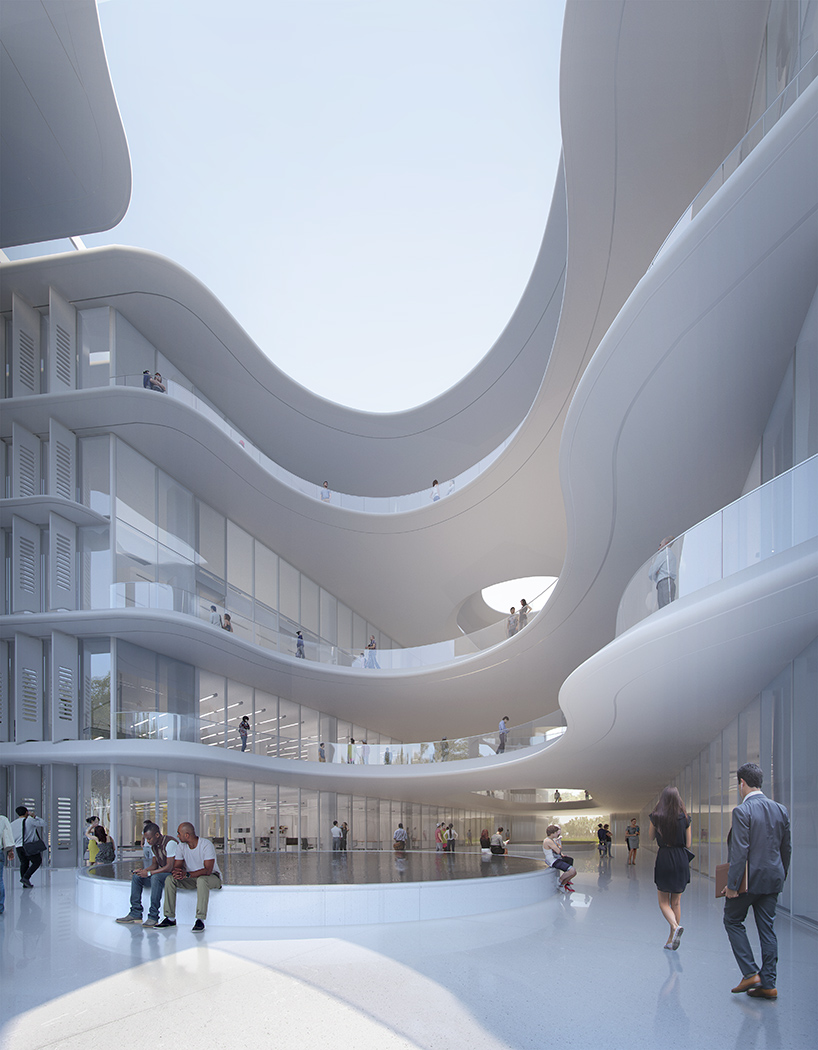 the plan creates a shaded micro-climate within central courtyards

DB: outside of architecture, what are you currently interested in and how is it feeding into your designs?

BH: as a completely separate discipline, I am particularly enjoying dance and its ability to heal, bring people together and connect. with my wife mariana, we support a number of charities where art and dance play an important role in helping children from war-torn regions and displaced communities find a calm and creative sense of purpose and expression in their lives. this also supports my general interest in low-income housing and the creation of communities. it’s always been something I feel passionate about. apart from that, my lifelong interest in trees and landscape has been growing more recently and we always integrate that when designing our projects. and of course visual art and sculpture is part of my upbringing, so it is never far away. 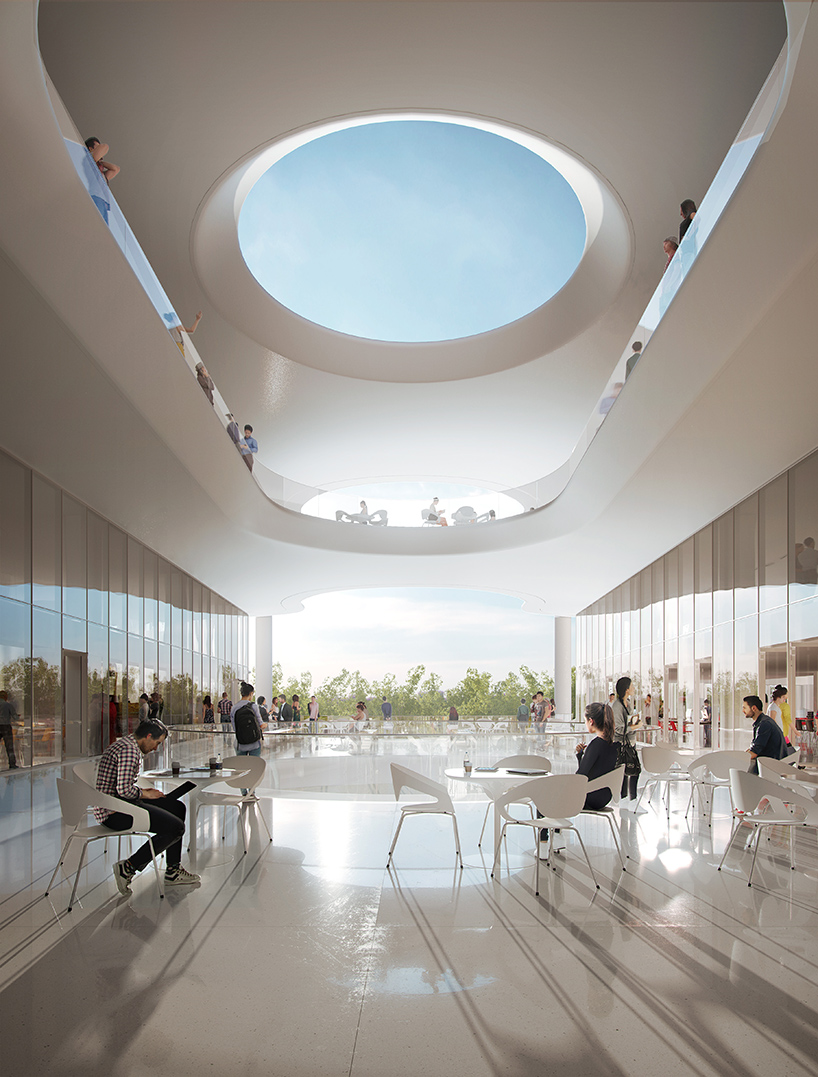 the school is one of colombia’s most prestigious universities

BH: this is always a question that is difficult to answer. it goes without saying that norman is right there. then the list can grow but renzo, richard rogers and tadao ando would all join that list. I am enjoying also david chipperfield’s quiet restraint along with peter zumthor’s work. and then there are a myriad of others all doing interesting things from shigeru ban to bjarke ingels and I love the work of studio mumbai. 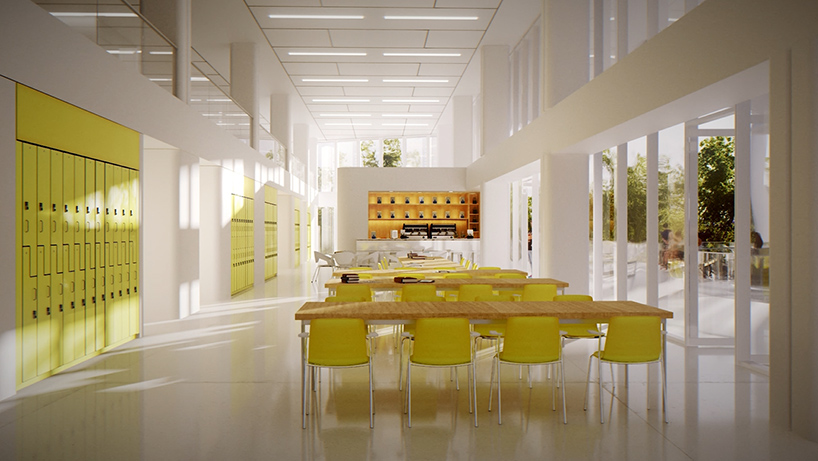 the scheme seeks to establish a new, transformative business and medical community

DB: what is the best advice you have received, and what advice would you give to today’s young architects and designers?

BH: I think there are many different pieces of advice that one receives over the years and it is difficult to not have these sound trite when re-iterated out of context, but I do think following your gut instincts and allowing oneself to take the time to patiently formulate where your true motivations lie are important lessons. to young architects and designers I would also simply say keep drawing and sketching by hand as well. if you are in a meeting or on site in the middle of the jungle and you can’t communicate with an articulate sketch, you’re screwed! 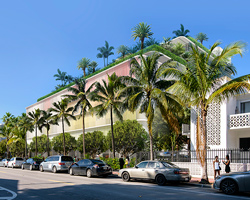