the brescia swimming center by italian practice camillo botticini architetto is located in the district of mompiano, northern italy. the contemporary black form does not follow the typical characteristics of a sports building but is seen as an ubiquitous object. the homogenous building is composed of a black brick and through a sequence of excavated fronts, the changing shape forming overhangs and recesses that change the character between the interior and exterior spaces. providing generous space for exercise, from a gymnasium to outdoor and indoor swimming pools, light is filtered through the large glazing which simultaneously strengthens the visual relationship between the different sporting areas and the landscape beyond. 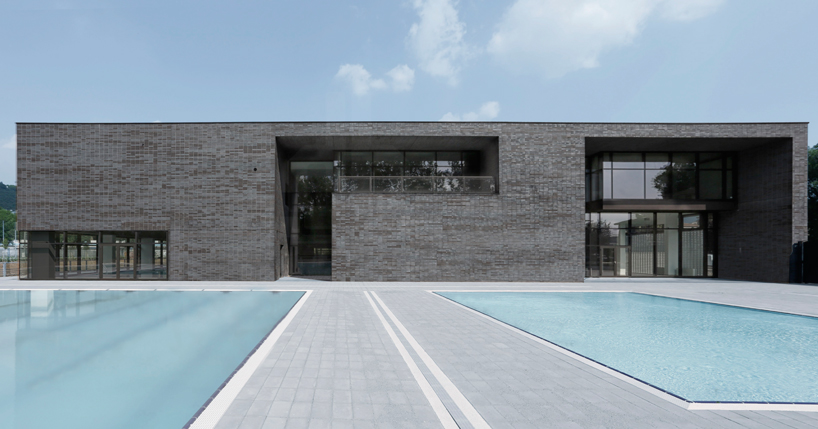 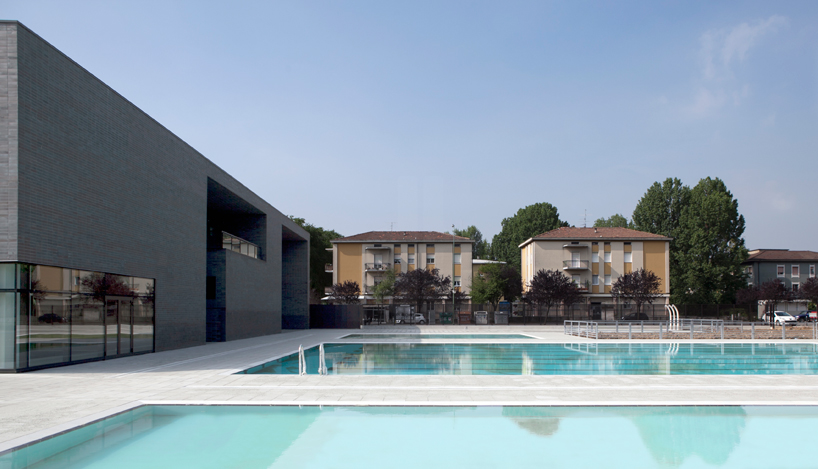 the new swimming center, located in the north part of the city and near the football stadium 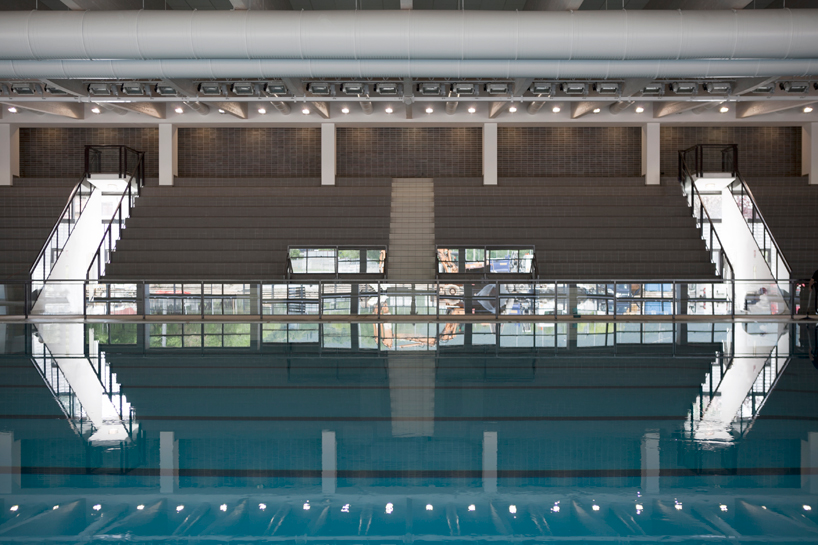 the main swimming pool which also offers a grandstand for competitions

the organization of the space is divided into three functional parts: a main room with a pool for water polo (33 x 25 m) which is equipped with a 800 seat grandstand, changing rooms on three levels, (athletes, users and fitness) and a room with two small pools. 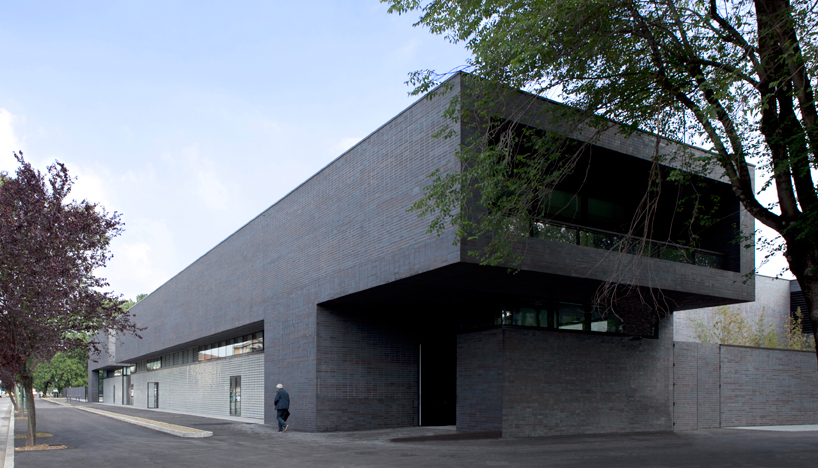 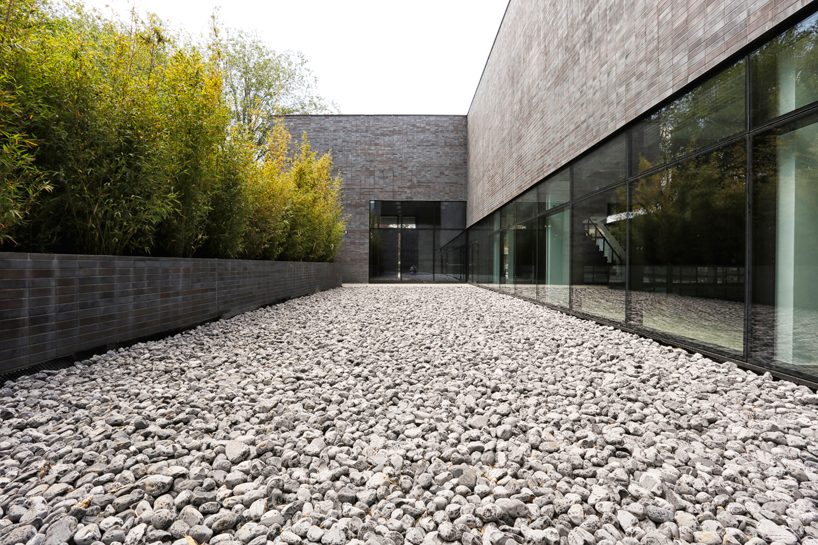 bamboo has been planted on one side 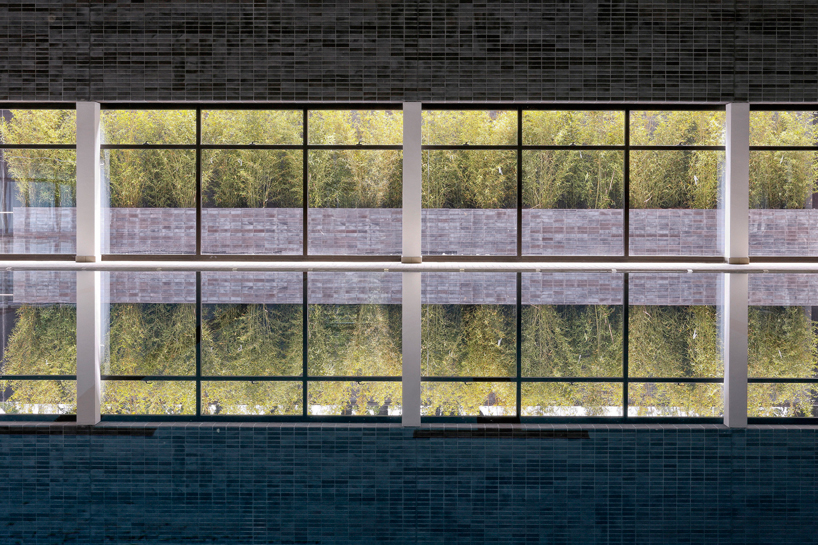 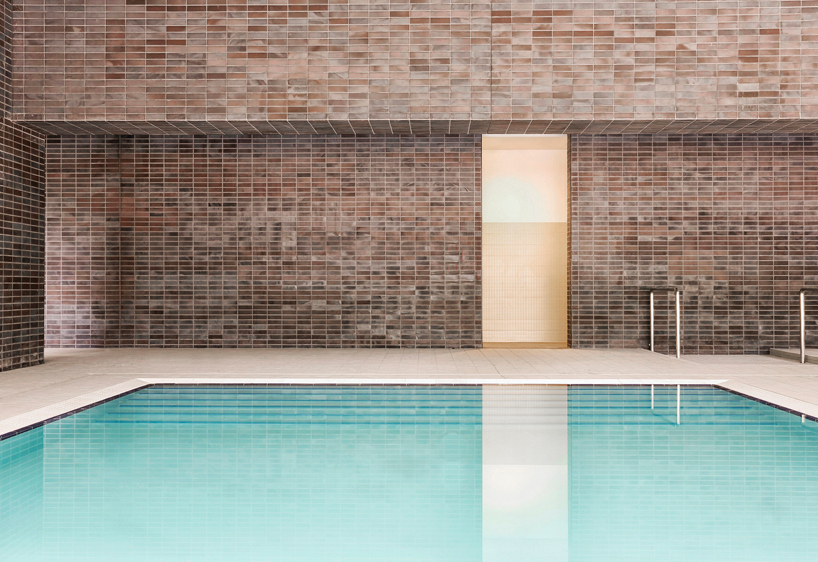 a materiality of brick has been used consistently throughout 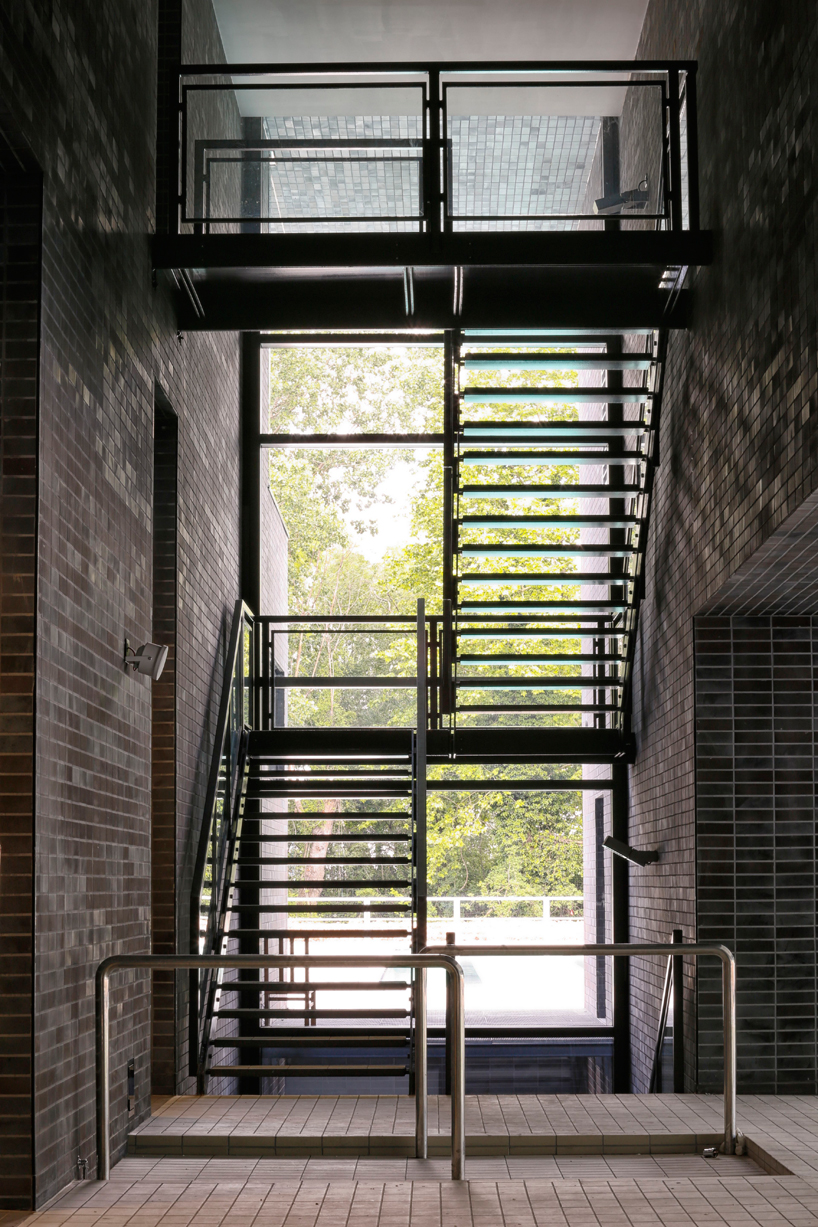