the 2014 venice architecture biennale, directed by rem koolhaas and titled ‘fundamentals‘, tries to find a way that each nation tells the same story. ‘in a way with their own emphasis and originality, but that basically we start looking in 1914 and end in the present and see how it is that we are in our current situation’, said koolhaas.

the british council has launched an open call for ideas and exhibition proposals that investigate how british architecture has adapted in the last 100 years of modernisation. the deadline for submissions to the open call is friday 21 june and the full brief is available here.

shortlisted candidates will be interviewed on july 5 and an announcement will be made on july 10, 2013. 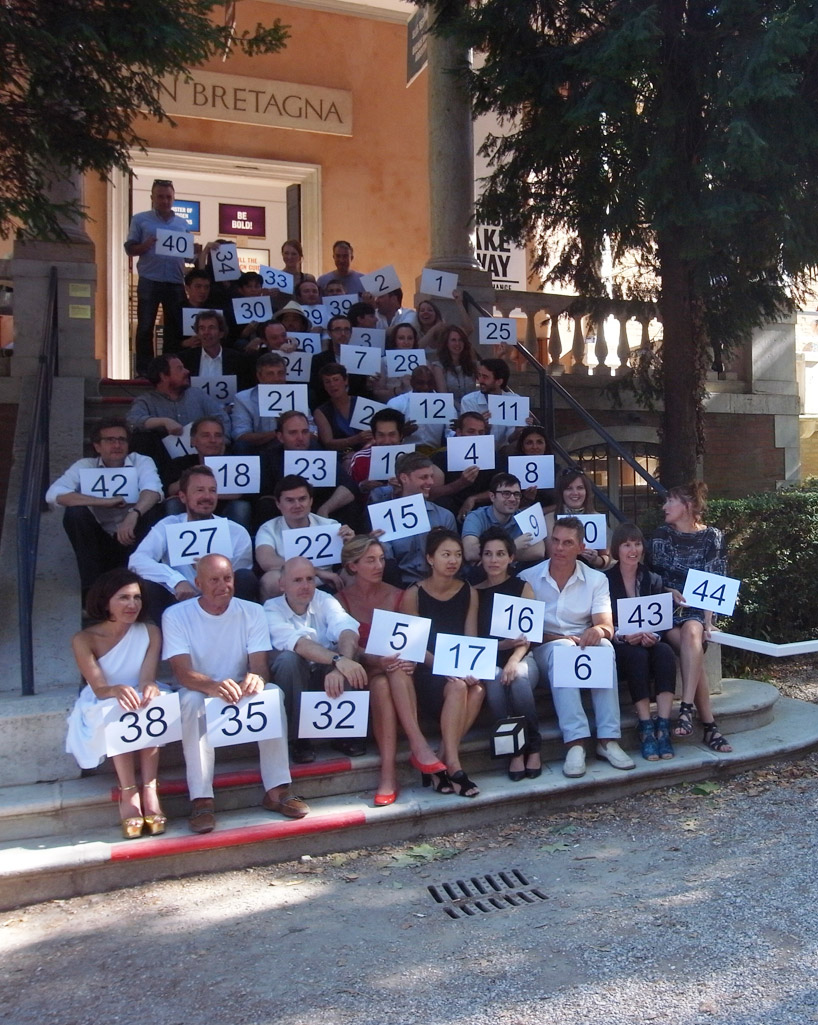 a group photo of the curators and british architects in front of the UK pavilionsee the previous architecture exhibition in the british pavilion in 2012.

british pavilion at venice biennale: absorbing modernity 1914-2014 — open call, the curatorial team will be chosen by the following panel:

edwin heathcote, architecture and design critic for the financial times