sitting on the coast of new york’s fire island, is a typical 1960s three story A-frame. unfortunately in the 50 years since it’s initial construction, time hasn’t been very kind. bromley caldari architects, in charge of the project, were handed a derelict structure with a tight spiral staircase haphazardly placed, four dark musty bedrooms, a leaky roof, and a cracked pile foundation. still, it had potential. 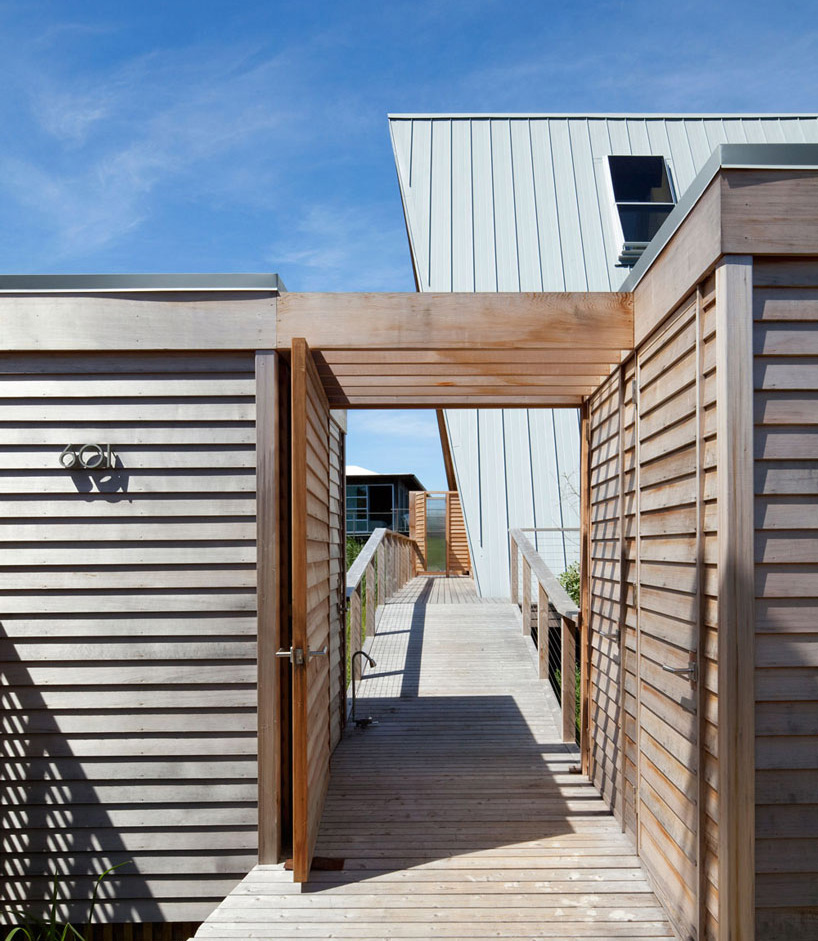 bromley caldari began the project by taking advantage of a local law that permits bay windows to project up to two feet from the building envelope. once extended, a larger staircase was staggered at different elevations on either side of the home, with a cat-walk balcony from the master bedroom to connect the two. commons areas and the kitchen are openly placed on the bottom floor with the master bedroom taking the entirety of the second. in the top space is a crow’s nest perfect for relaxing with a book or a quick bit of privacy. from any point on the three levels, inhabitants have clear views to the water. and, to make things just a bit sweeter, there’s a crystal clear pool just a few yards from the back door. the ‘A-frame re-think’ is a light-filled structure, simple and to the point, just like it was intended to be. 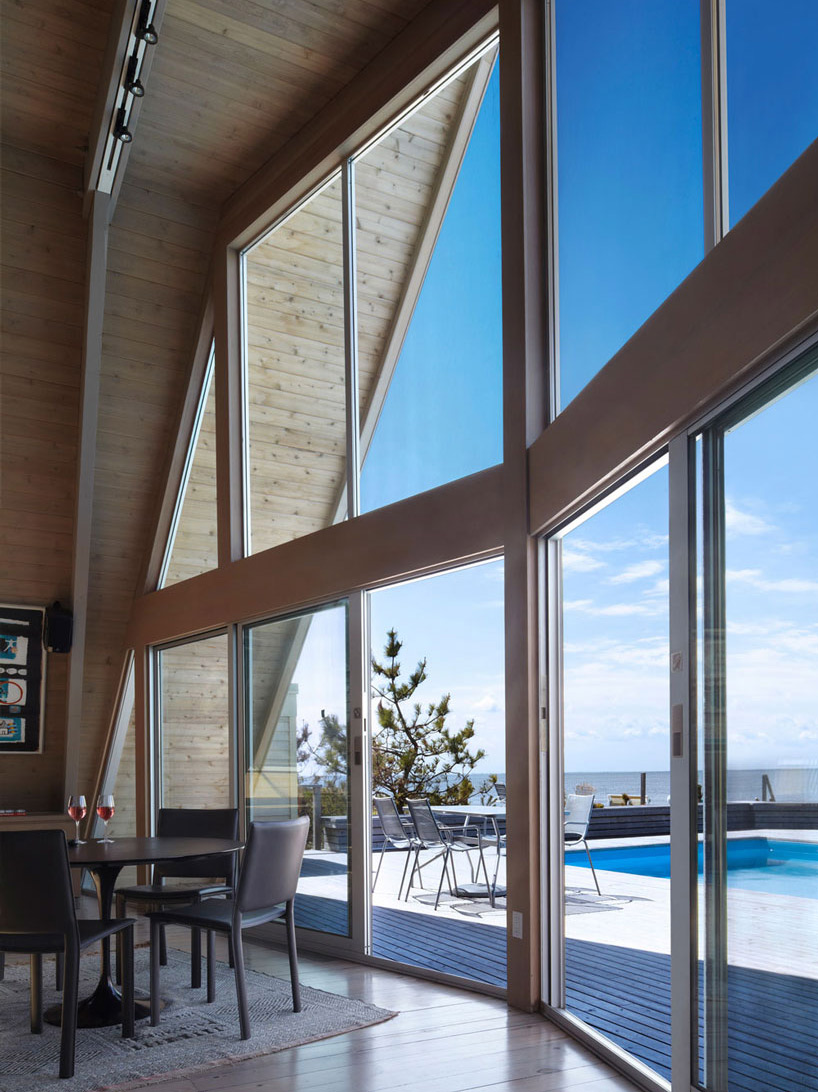 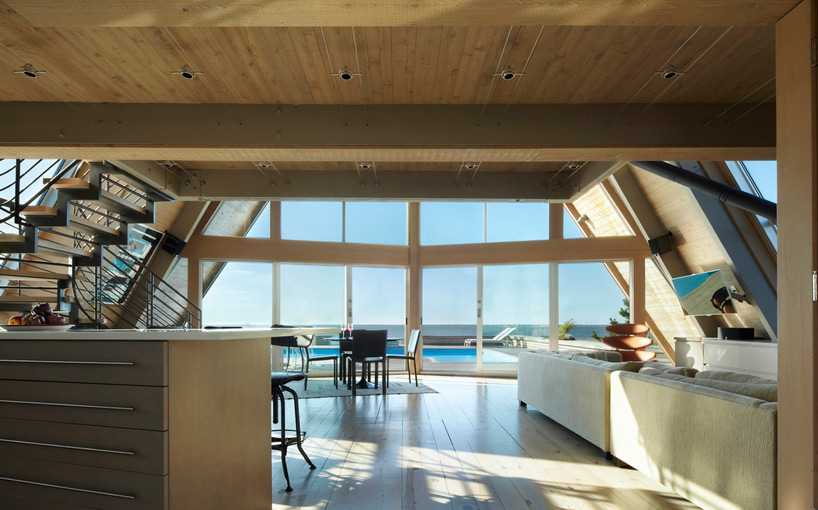 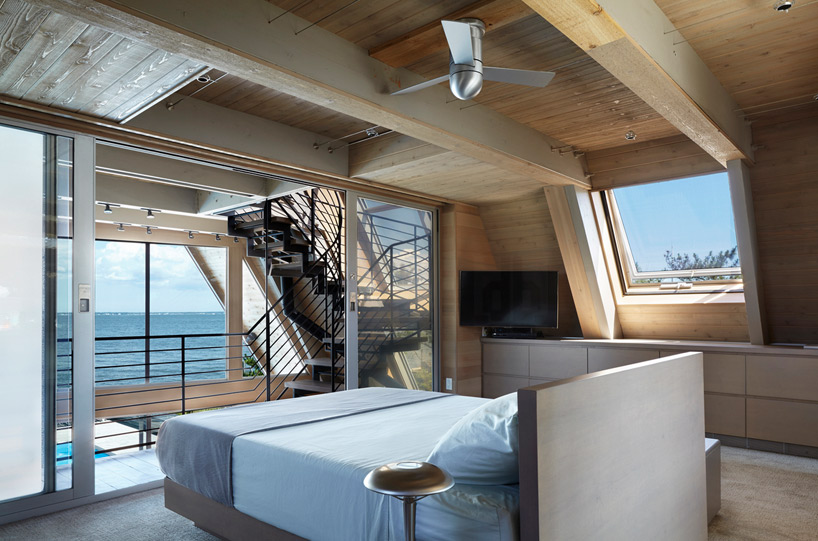 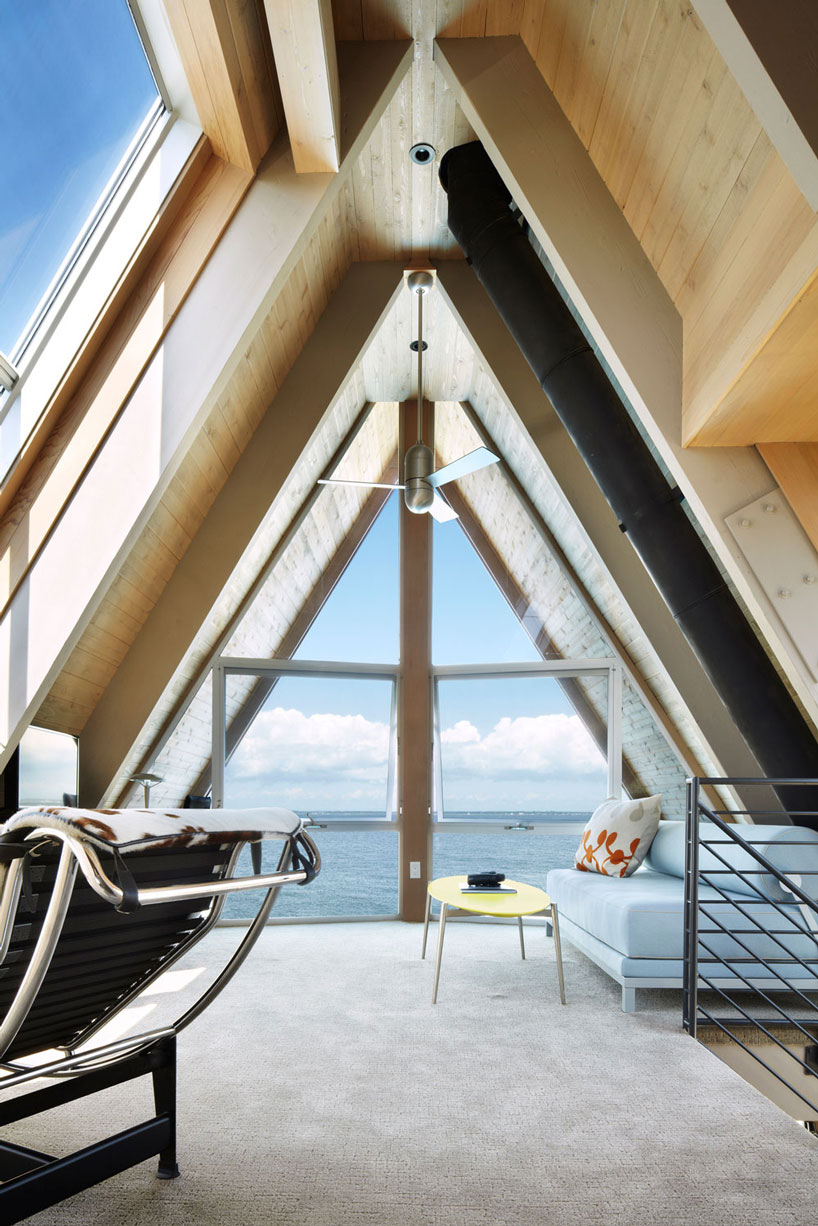 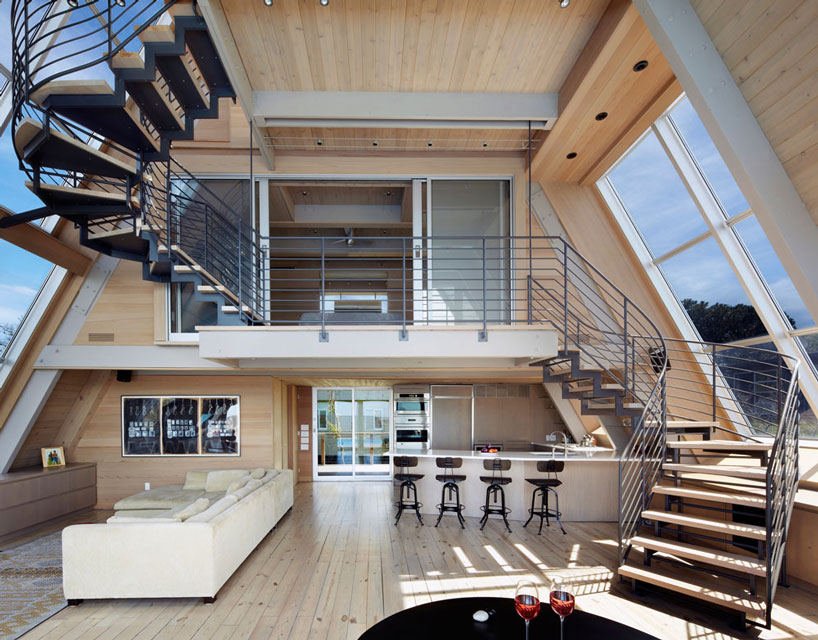 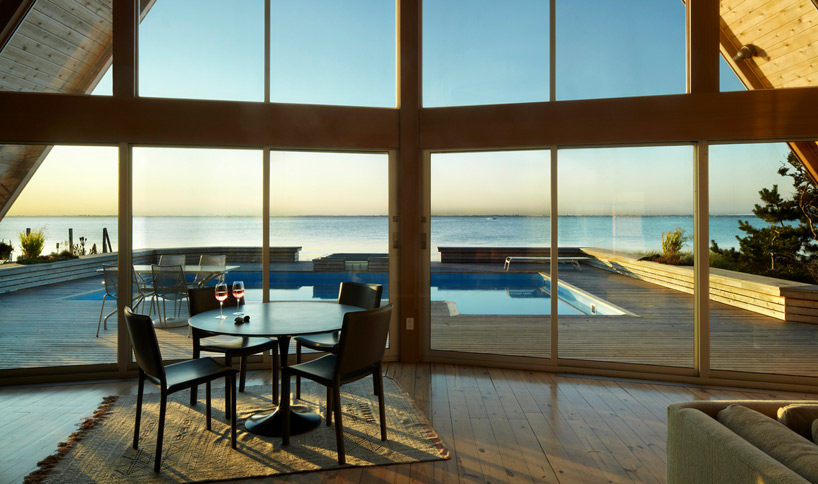 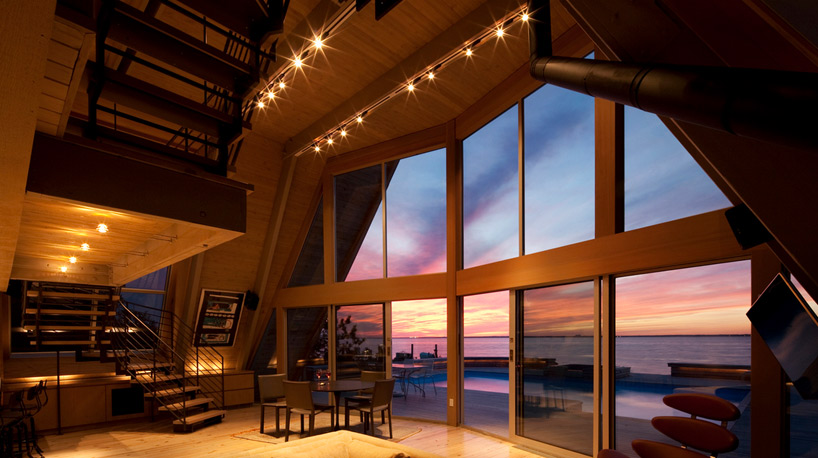 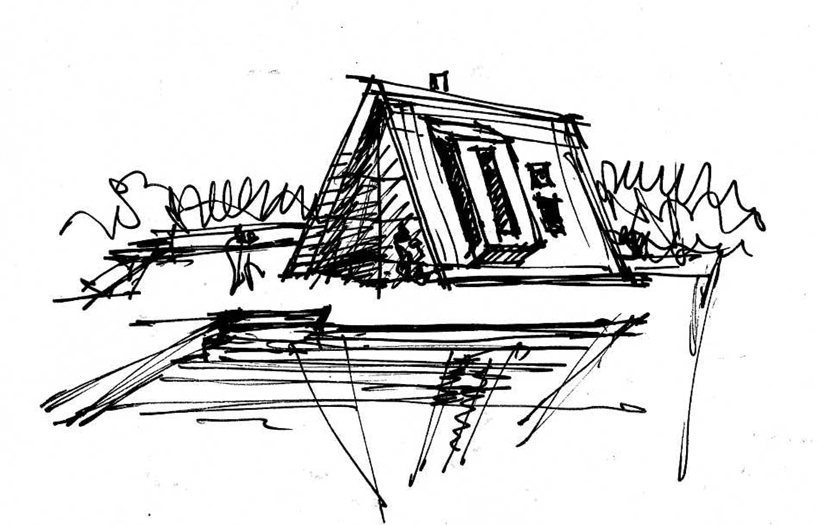 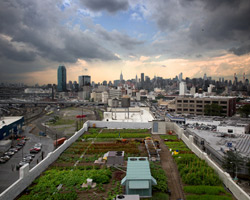