with ample space for people to live, work, and play, brooks + scarpa’s ‘angle lake’ transit station and plaza in seattle is a sustainable mixed-use facility consisting of a 1-acre connecting plaza and community event spaces, a drop-off area for light rail users, retail space with dedicated bike storage and parking and a 35,000 square-foot parcel for future transit-oriented development. it also includes a parking structure for 1,150 cars designed to accommodate conversion to new future uses. serving over 2,500 passengers daily, including the headquarters for alaska airlines, angle lake station is an important transit hub in the sound transit portfolio of transit facilities. 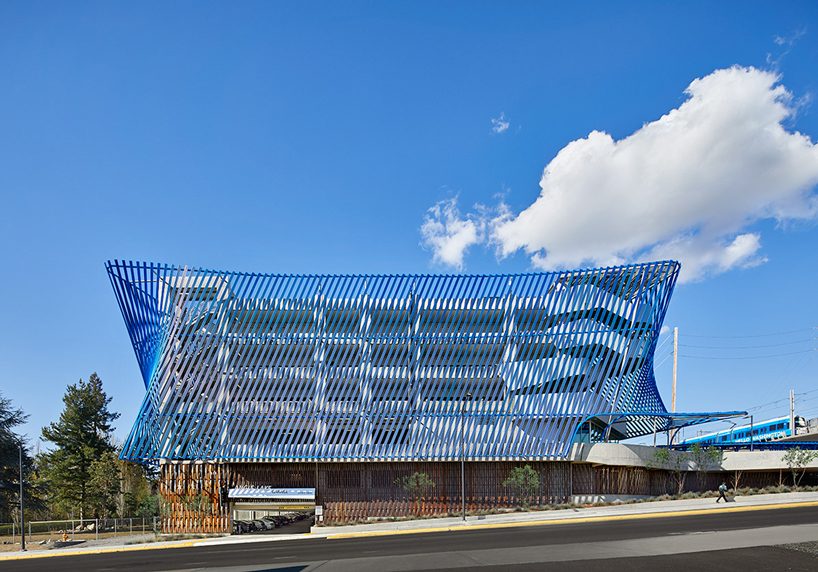 influenced by william forsythe’s improvisational piece ‘dance geometry’ where dancers connect their bodies by matching lines in space that could be bent, tossed or otherwise distorted, the architects at brooks + scarpa began to think of the possibilities where simple straight lines are composed to produce an infinite number of movements and positions with little need for transition. using ruled surface geometry, the undulating façade is formed by connecting two curves with a series of straight lines to form the surface of the façade. each of the custom aluminum façade elements were designed and segmented into standardized sizes for the most efficient structural shape and material form, while maximizing production, fabrication and installation cost efficiency. 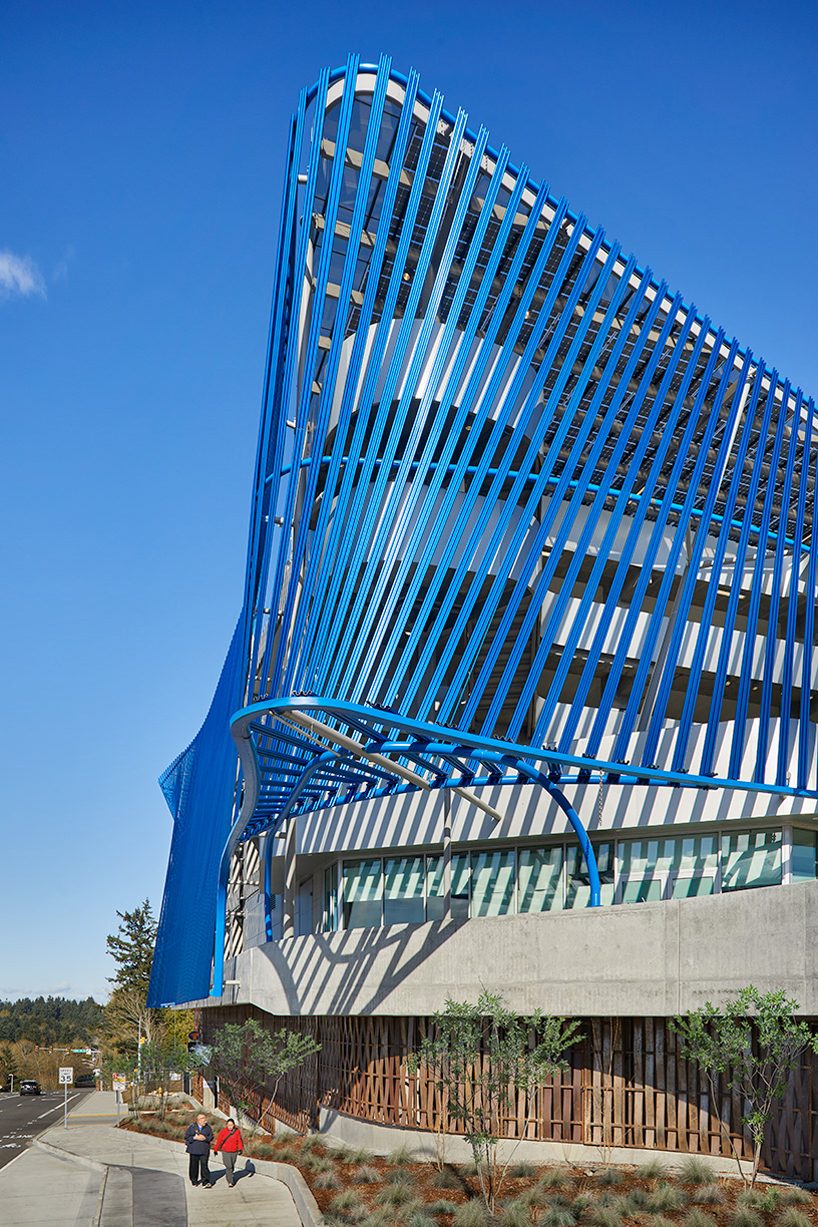 the seven acre 400,000 square foot mixed-use complex was the result of an international design/build competition. it features a seven-story, cast-in-place and post-tensioned concrete structure with an exterior façade that uses over 7,500 custom formed blue anodized aluminum façade panels. with five levels above ground and two levels partially below ground the mixed-use structure takes advantage of the sloping site topography. it is accessible from three different street locations at various levels with 2,500 square feet of retail space at ground level and a 35,000-square-foot site to the west to support future transit-oriented development. as part of a multi-modal transit plan the station also has secure storage for bicycles with integrated lockers and racks and charging stations for electric vehicles. 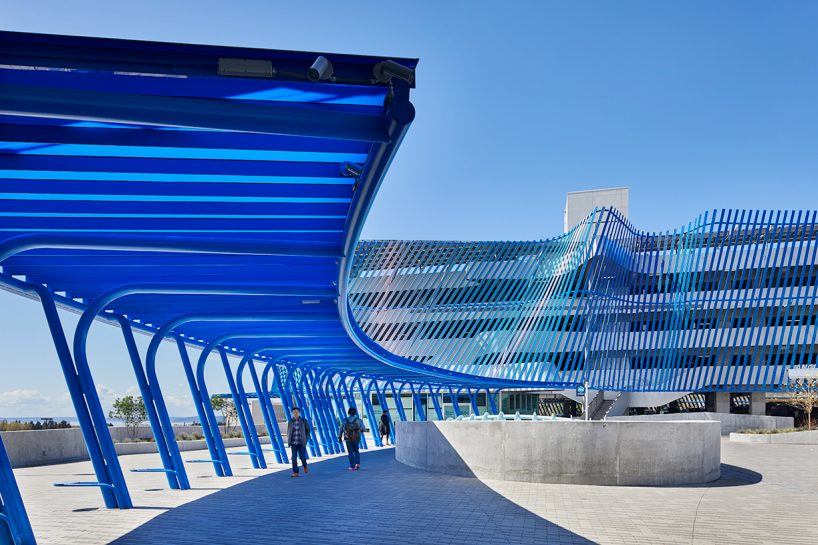 the public plaza on the third level connects directly to the light rail entry, parking structure and public streets. it includes a passenger drop-off area, para-transit loading areas, and a covered walkway from the garage to the station. it forms a physical and visual connection between the project elements and includes several displays of regionally inspired artwork. ornately designed seat walls, pathways, paving, native planting, and storm-water catchment features help to engage transit users as they move through the space, creating quiet places for social interaction while waiting for a transit connection. the plaza is designed to accommodate community events, such as festivals, farmers’ markets, art exhibits, and other outdoor public gatherings. the design and location of major project elements maximize function, sustainability, and aesthetics while providing an efficient use of space. 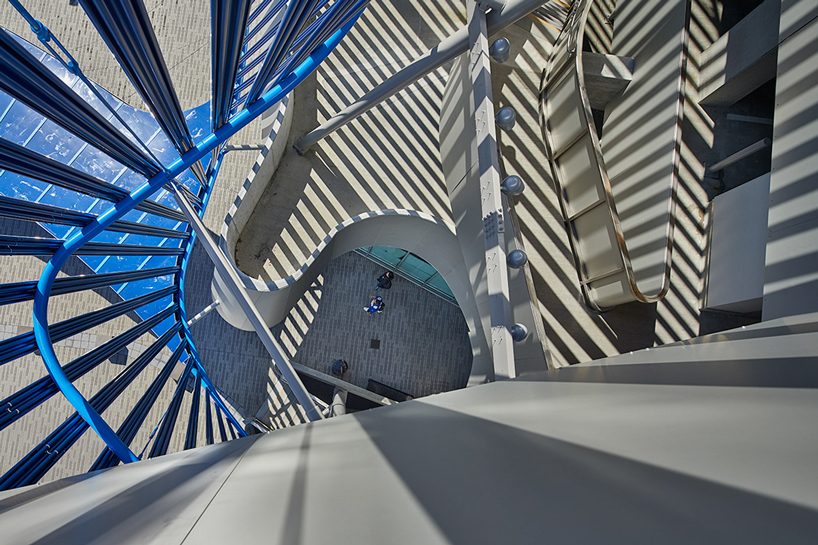 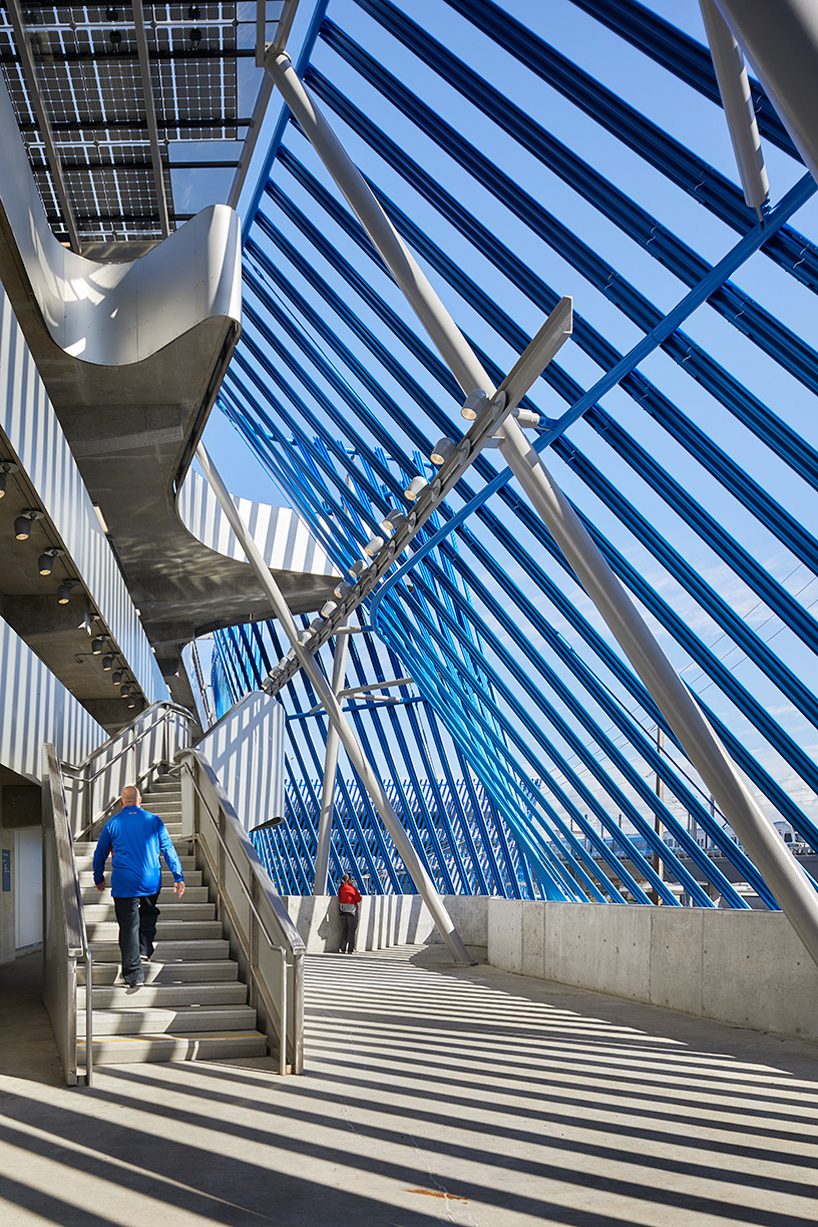 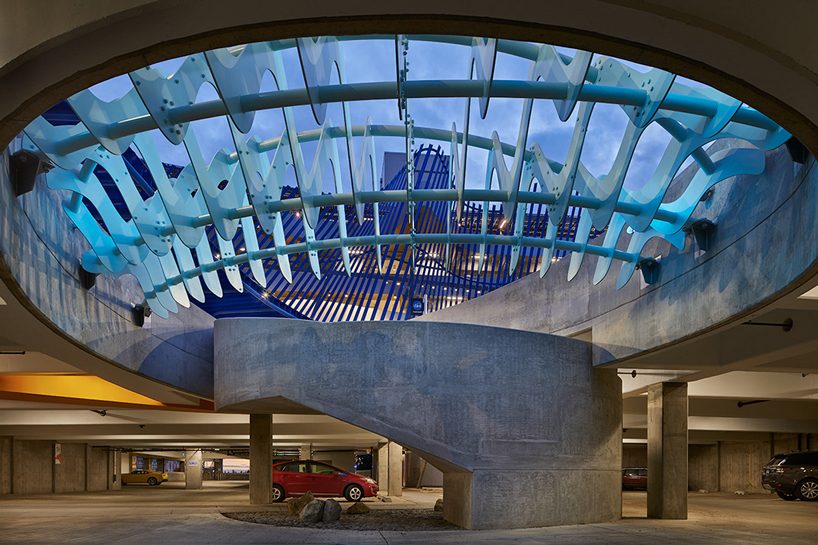 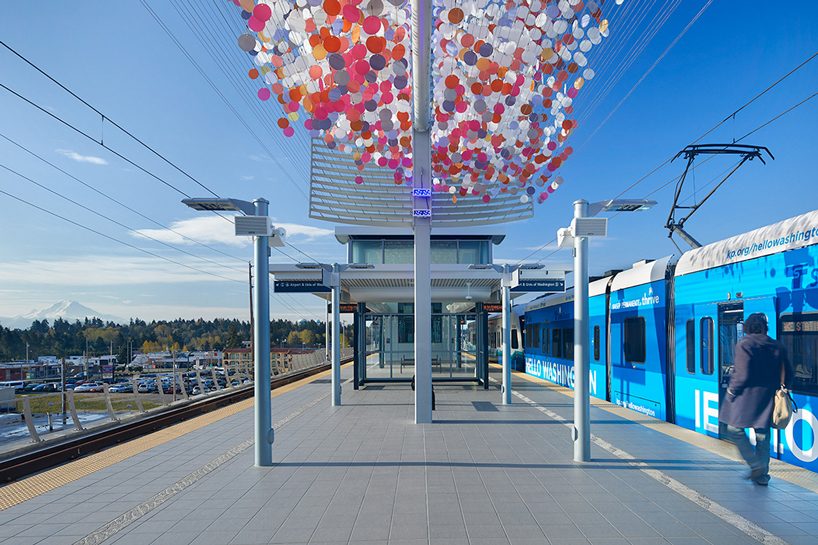 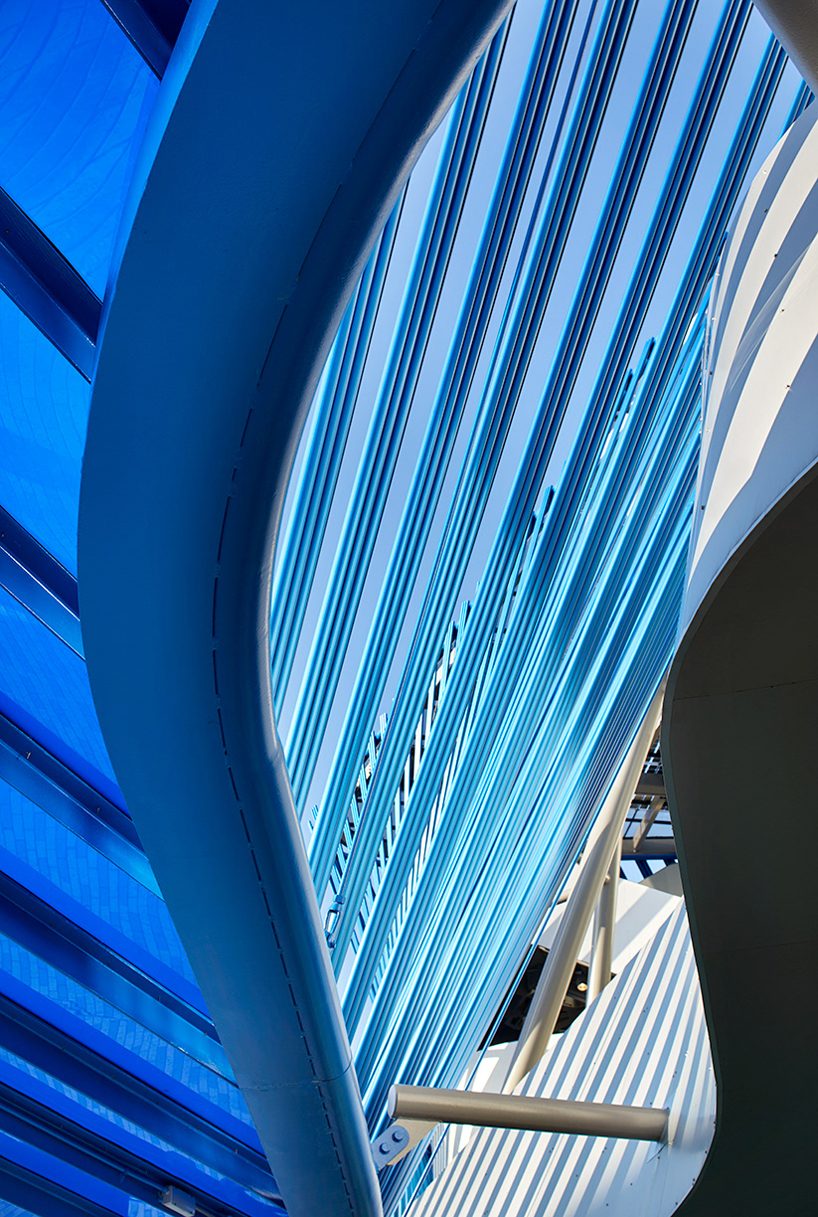 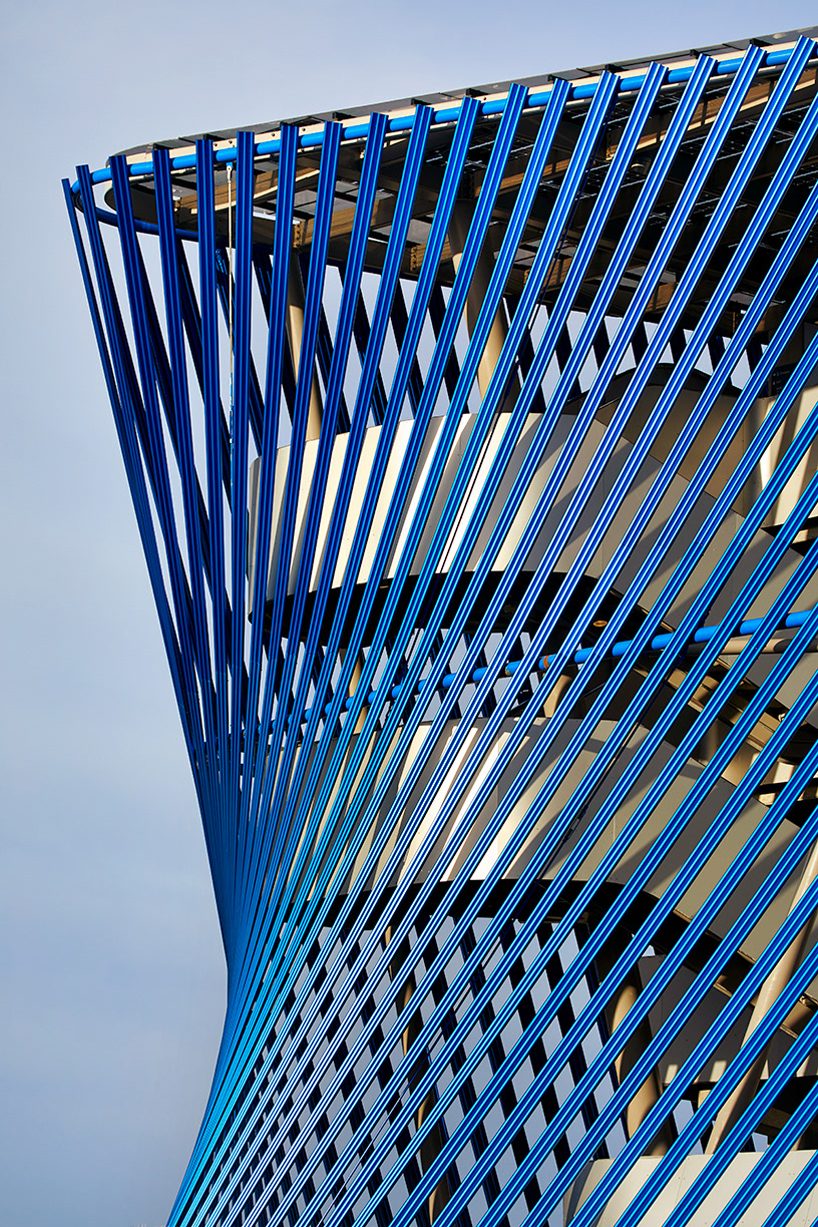 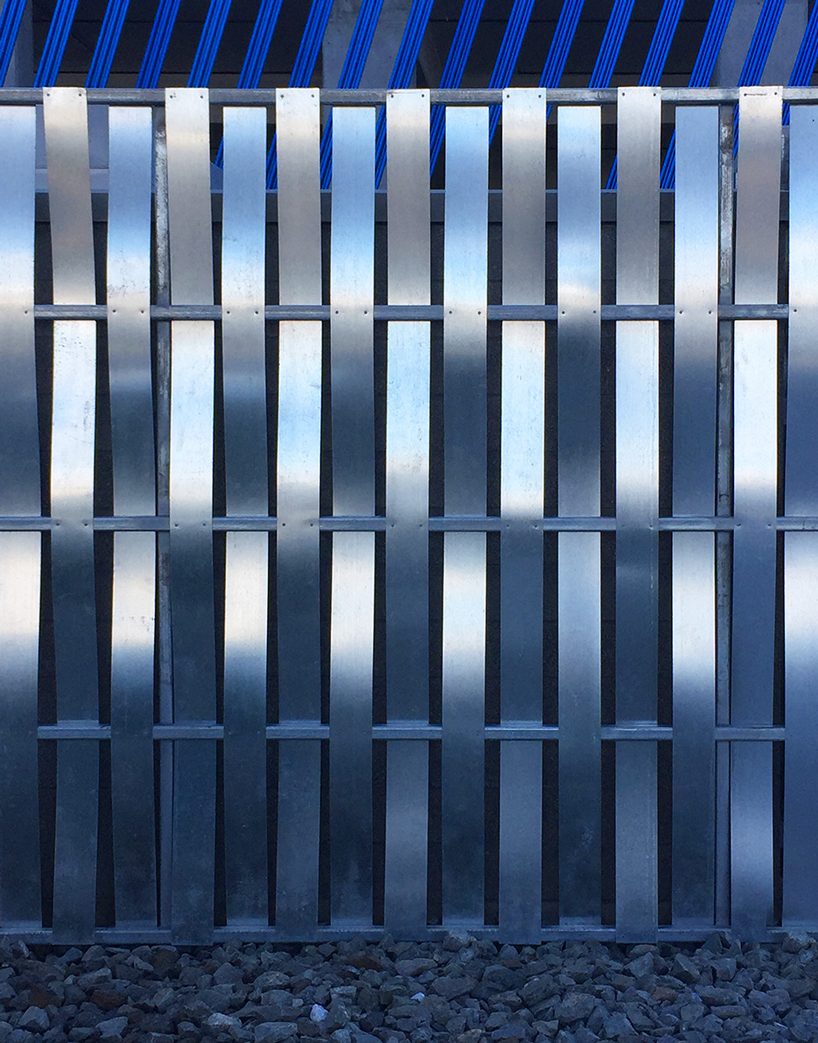 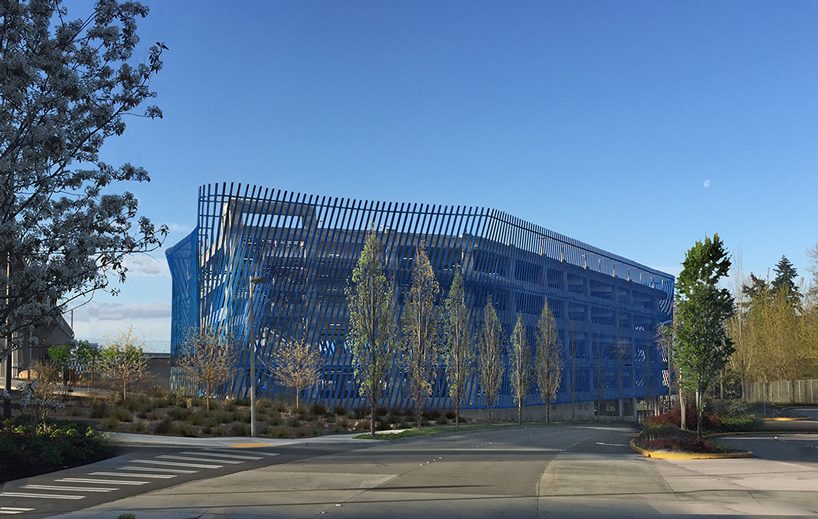 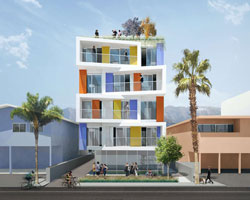 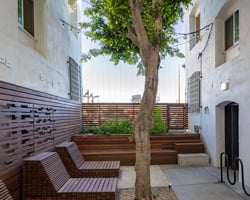 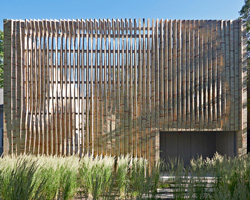 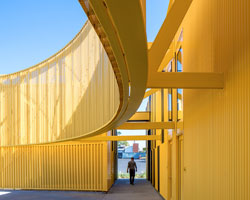 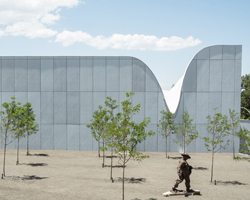