the swiss federal department of foreign affairs(FDFA) has sent designboom an exclusive preview of the swiss pavilion for shanghai expo 2010 which we are happy to share with our readers.

buchner bründler architects is responsible for the concept of the pavilion which is meant to be a representation of a hybrid, interconnected urban area where nature and technology, innovation and sustainability function and interact in symbiosis.

on the rooftop of the pavilion there is a chairlift, a representation of the rural parts of switzerland. it provides views of the venue and funnels downwards into the structure itself. the pavilion’s façade is an enclosed semi-transparent curtain of woven metal netting suspended from a height of 20 m. within this mesh-like exterior, 11 000 solar cells are attached in a random fashion. each cell is independent of one another, but together create an electronic circuit board feeding an interactive light-play on the façade of the structure which occurs when the solar cells, two double-layer condensors(high-performance energy accumulators), a light emitting diode and sensors react to light and activity in neighbouring cells.

the solar cells produce electricity which is stored in a condensor and used when the light emitting diode flashes. regardless of intensity, light falling on one part of the façade increases the light sensor’s transmit impulse, causing the light-emitting diodes on that particular section of the façade to flash. the cells then light up for a long or short period of time depending on the intensity of light they receive. the intensity of the light emitted by the diodes also varies according to the energy stored and the level of ambient light present. the same reaction occurs during the night. electro-magnetic impulses influence the light behaviour of each cell, influencing neighbouring cells when they light, resulting in a chain reaction across the exterior.

the front side of the pavilion represents the view of switzerland. a white outline of the country, representing rural areas, can be made out behind the surface. the electronics and the circuits are visible from the same side and symbolize the urban parts of the country.

when the expos is over, the façade will be recycled. each cell will be sold as a souvenir, a kind of message which is meant to express the innovation and sustainability of switzerland. 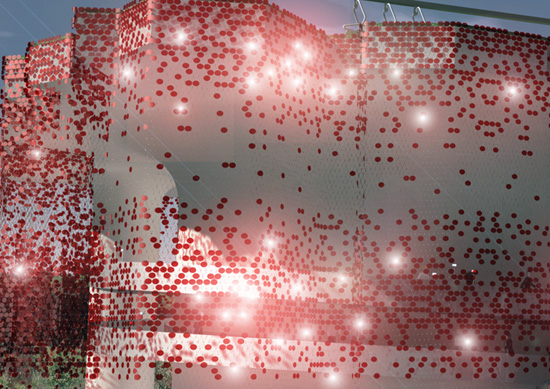 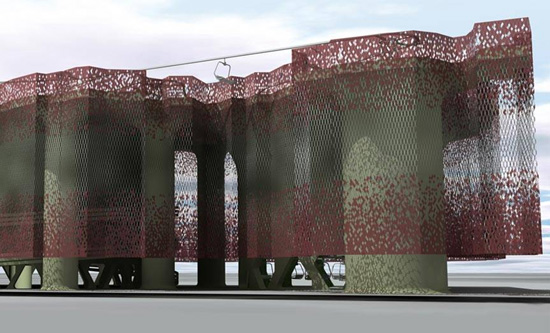 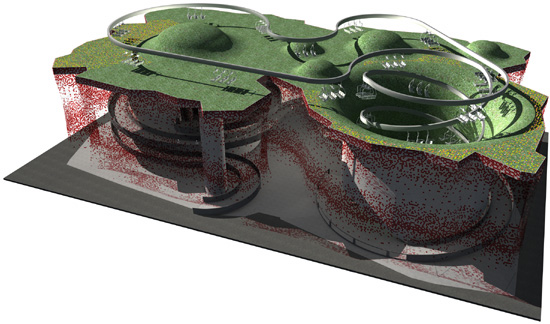 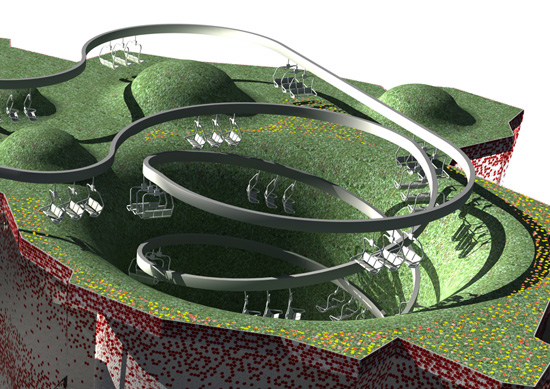 detail of the rooftop chairlift which spirals down into the pavilion 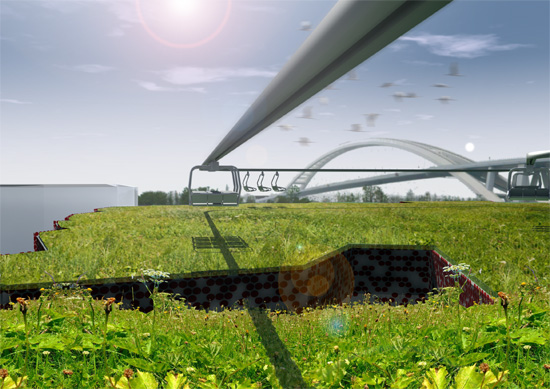 detail of the rooftop chairlift image courtesy of the swiss FDFA 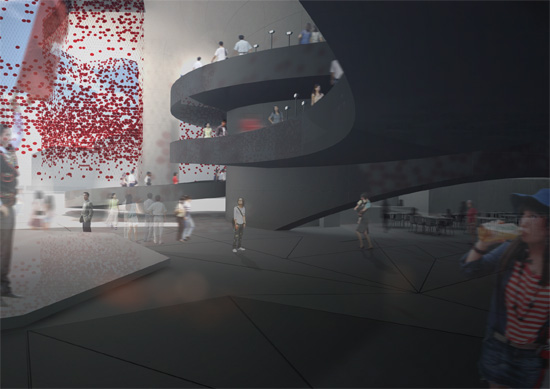 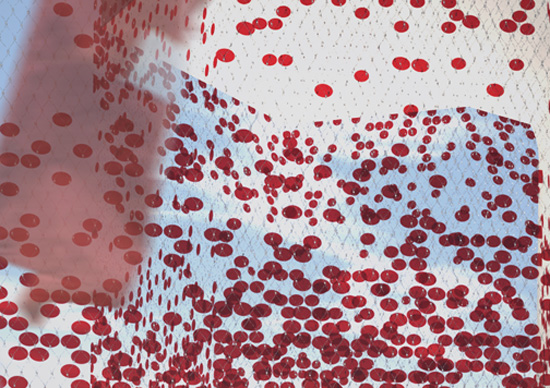 detail of the façade from inside the pavilion 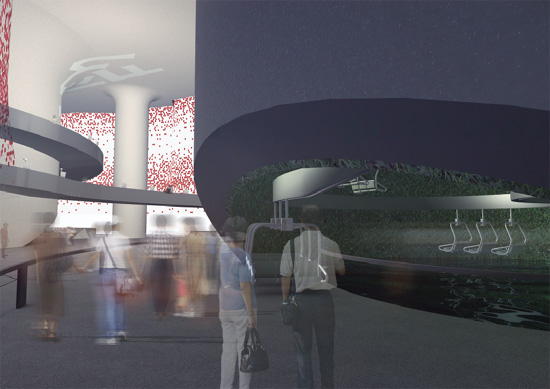 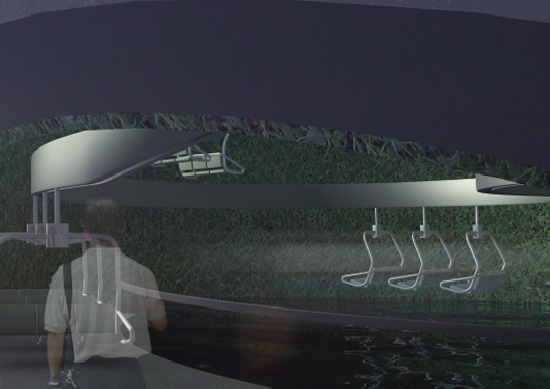 the chairlift funneling down inside the pavilion 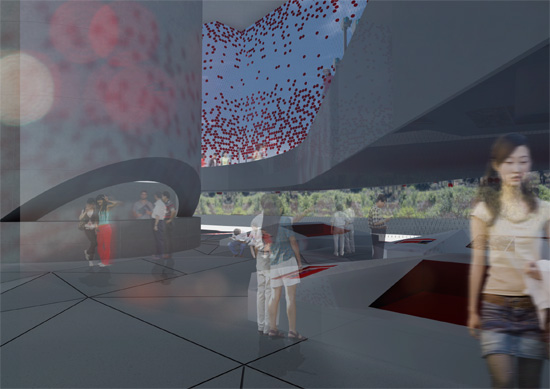 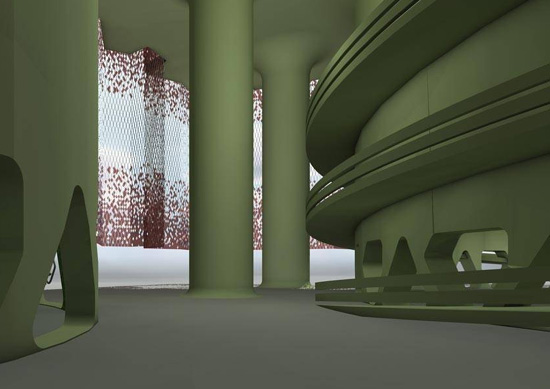 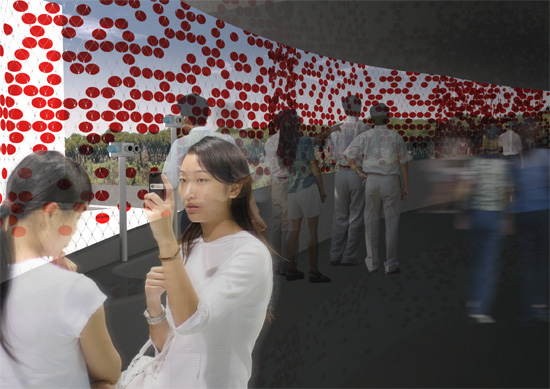 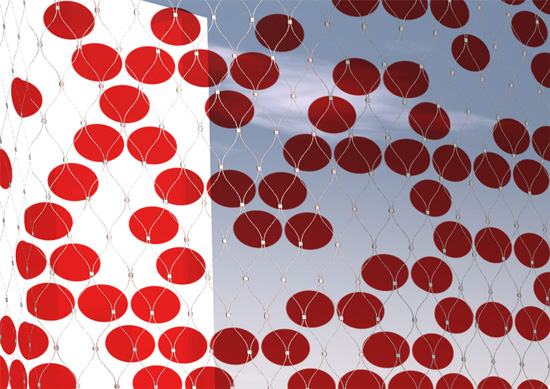 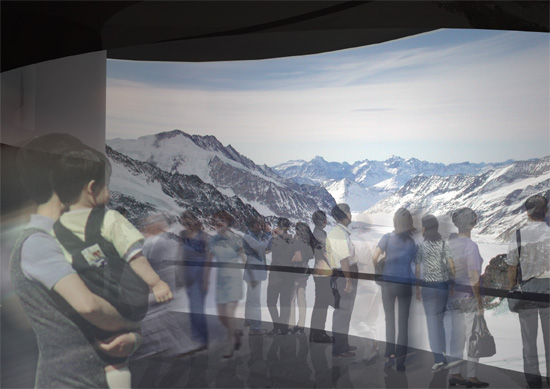 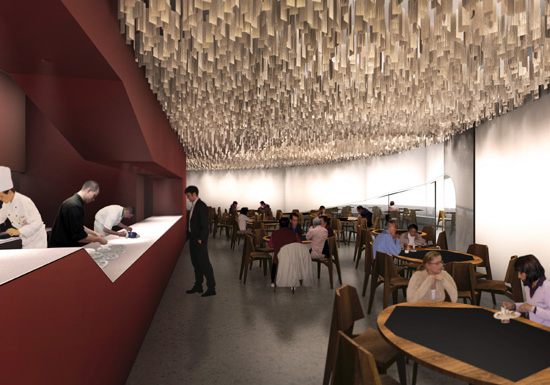 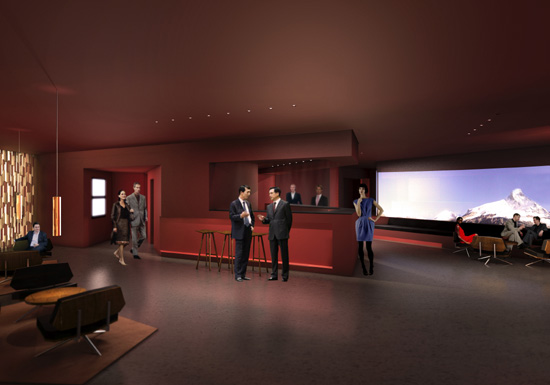