five years after hurricane katrina new orleanians are still rebuilding large parts of their community. turning the tragedy into a positive situation american buildingstudio saw the city’s potential of ‘greening’ itself. prospects for gray water reuse, rainwater harvesting and solar power are particularly viable in the subtropical climate here. with that in mind, the city of new orleans botanical garden commissioned a small demonstration pavilion to show firsthand how these technologies might work for the average homeowner. graphic information is displayed inside the pavilion describing how residents can reduce their carbon footprint while making a more pleasant living environment. 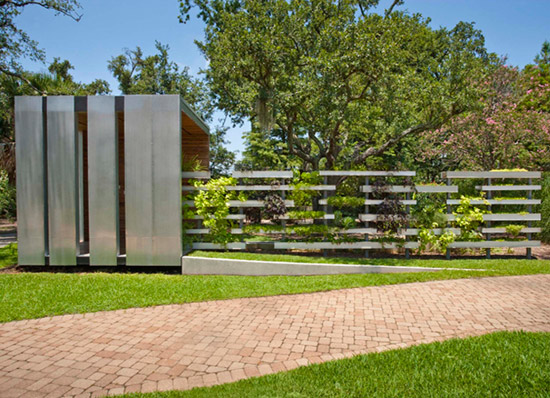 the pavilion and vertical garden wall

the project consists of a 12-ft. cube sheathed in aluminum screens (high-content, post-consumer) on three sides. the interior walls, floor and ceiling are clad in reclaimed lumber from homes demolished by the storm. the structure is framed in eco-friendly treated lumber with the west wall screen made of bamboo grown on site at the botanical garden. 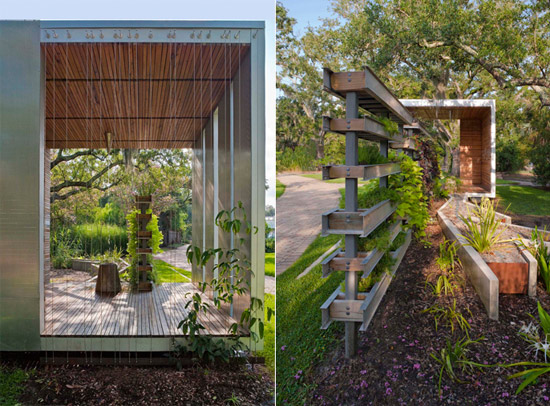 water is harvested from the pavilion roof, channeled through the structure’s interior via an open downspout that spills onto a catch basin in the floor. from there, the water cleansing demonstration relies on native water plants in a sandy-medium trough. cleansed water is collected in the wetlands demonstration area which is a holding pool for a vertical garden wall. 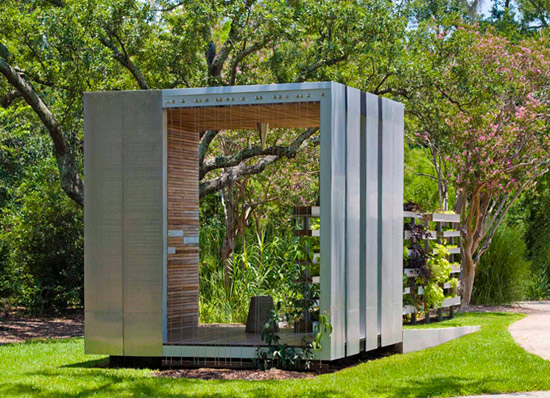 this living wall, with plants native to the region, extends out from the pavilion’s interior. the vegetation grows in horizontal planting trays which were once conduit chases for off-shore oil rigs from the region. (in typical home use the living wall could easily become a vertical vegetable garden that relied on gray water).

a photovoltaic array to harness the sun’s energy operates the pavilion’s electrical components. 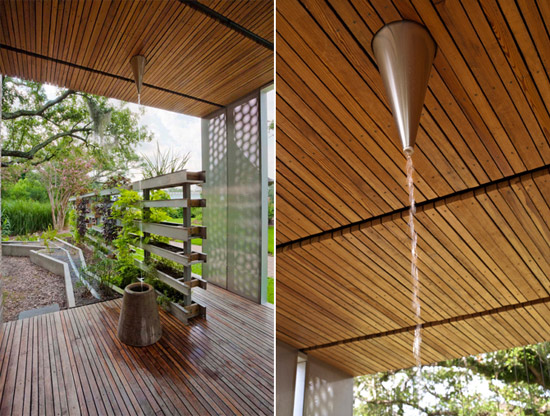 water harvested from the roof 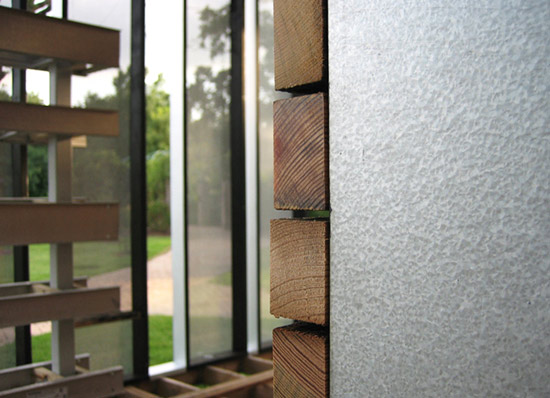 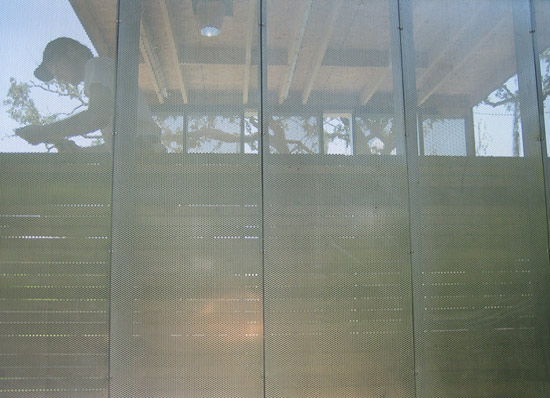 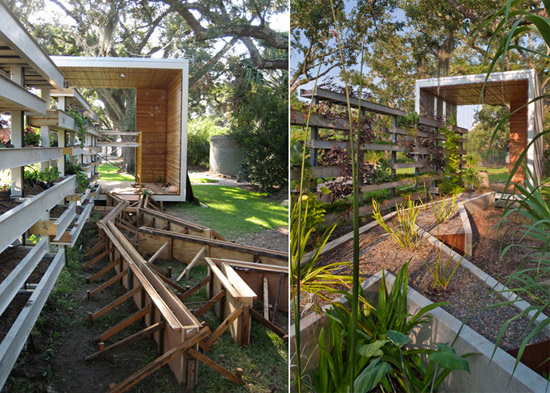 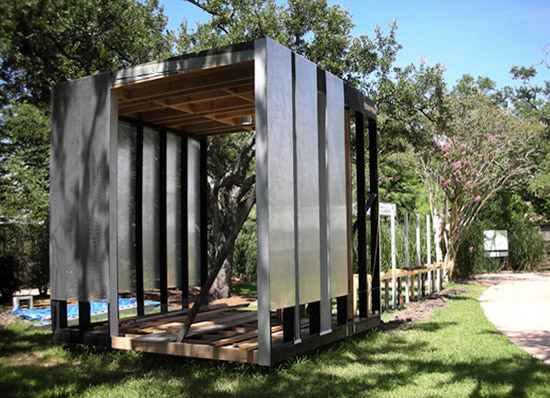 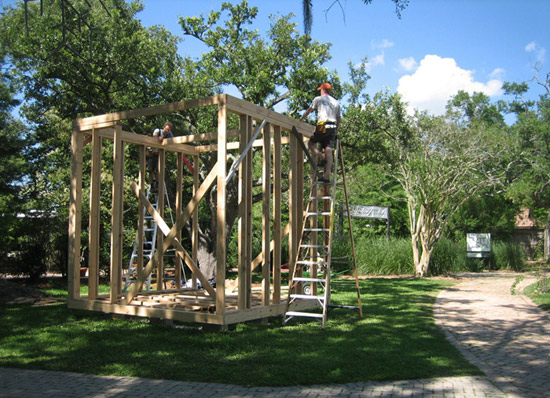 the project was generated through tulane university school of architecture city center. it has been built by architecture graduates and buildingstudio.