the ‘spirulina fountain’ by bureau A constitutes a hybrid, fusing the production basins of the intense blue-green algae with contemplative italian gardens of the 16th century. more specifically, the form and dimensions of the project quote the water cascades of the villa aldo brandini built in 1550 in frascati, 20 km southeast of rome. the spirulina is harvested in small basins
photo © dylan perrenoud 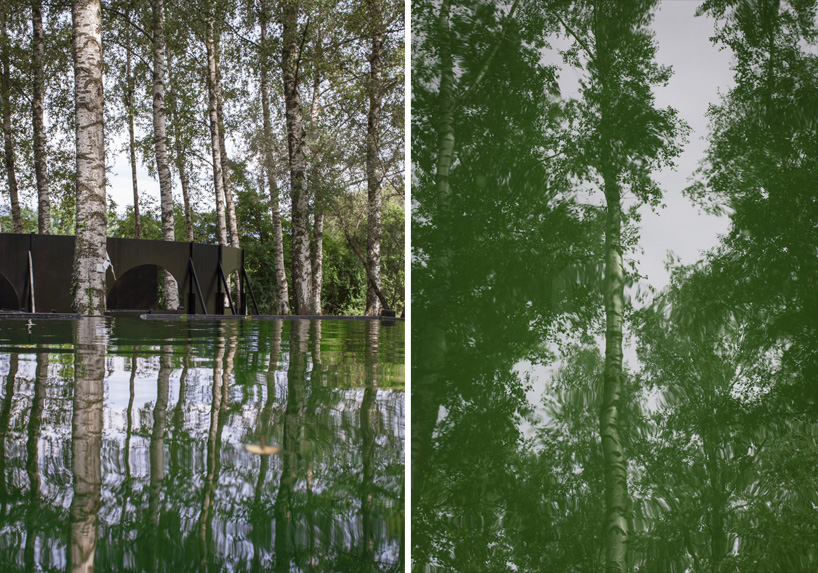 (left) water, dioxide, minerals and light are all important factors in cultivation
(right) the water in the basins closely mirrors the surroundings

the material is a nutritional plant without equivalent. usually developed and consumed as an alimentary complement, the ‘blue algae’ – as it was anciently named – is industrially cultivated in many countries where agriculture is difficult and fertile lands are scarce. the cyanobacteria are composed of arthrospira bacteria and are one of the only vegetable protein source containing all amino acids as well as numerous vitamins and antioxidants. 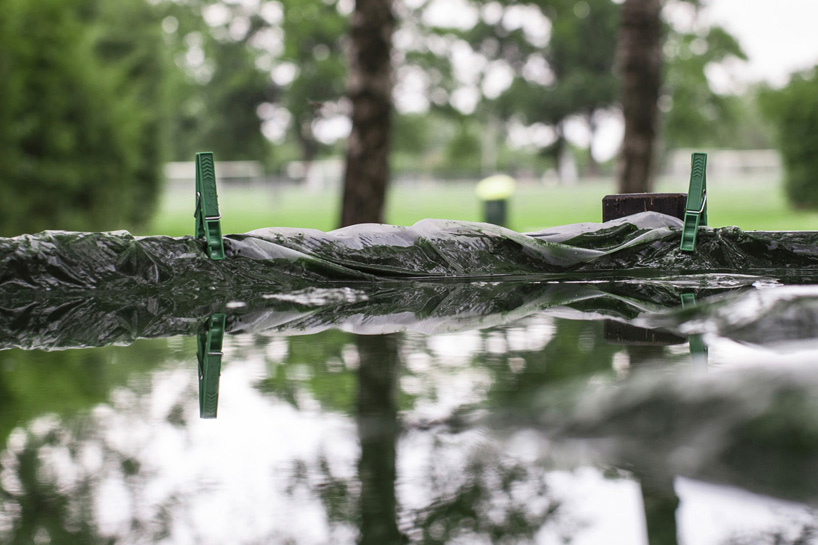 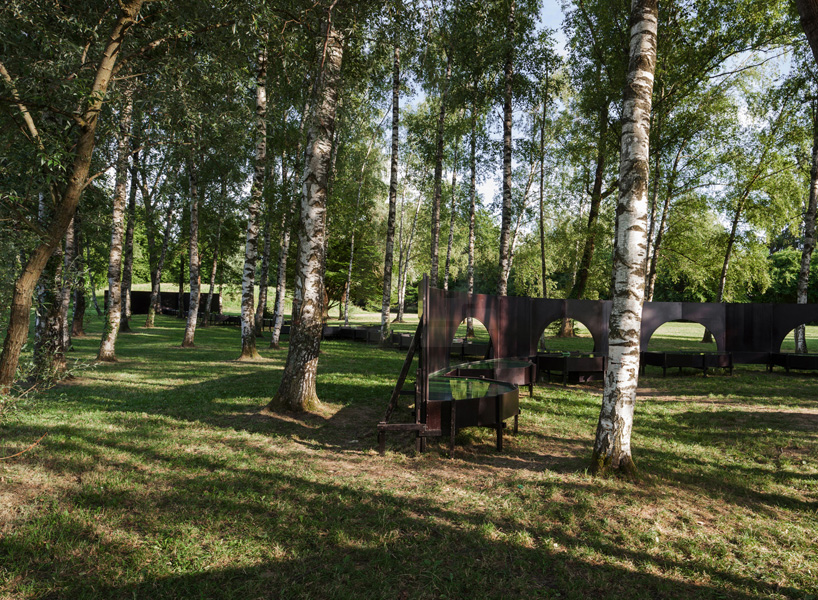 in the culture of the picturesque and romanticism, the folly pavilions referred and sometimes references built and natural phenomena to compose their architecture. scales and forms were distorted, adapted freely to articulate the views of specific landscape compositions. similarly, the fountain is installed in a birch forest located in a public park of geneva and dialogues with the context and historical references as a much as it generates food. it functions both as a garden folly and a spirulina production center. 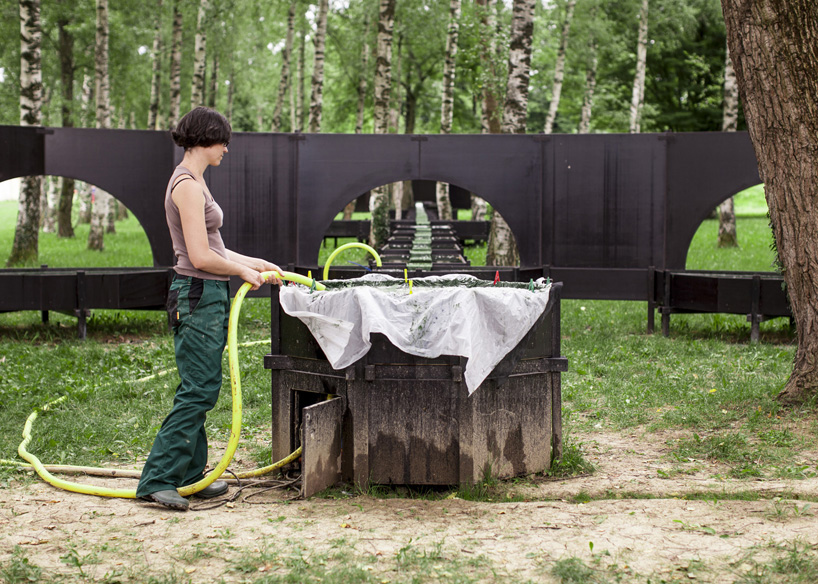 the cultivators aerate the water into a froth
photo © dylan perrenoud 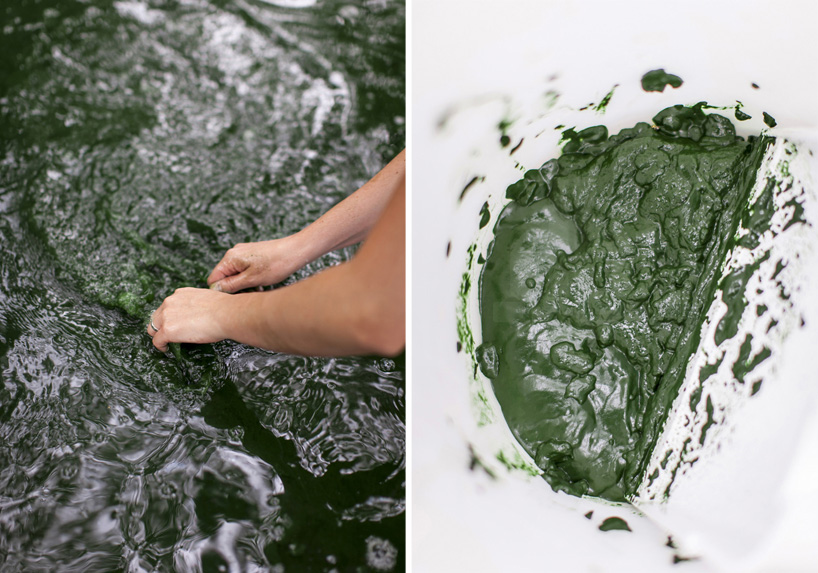 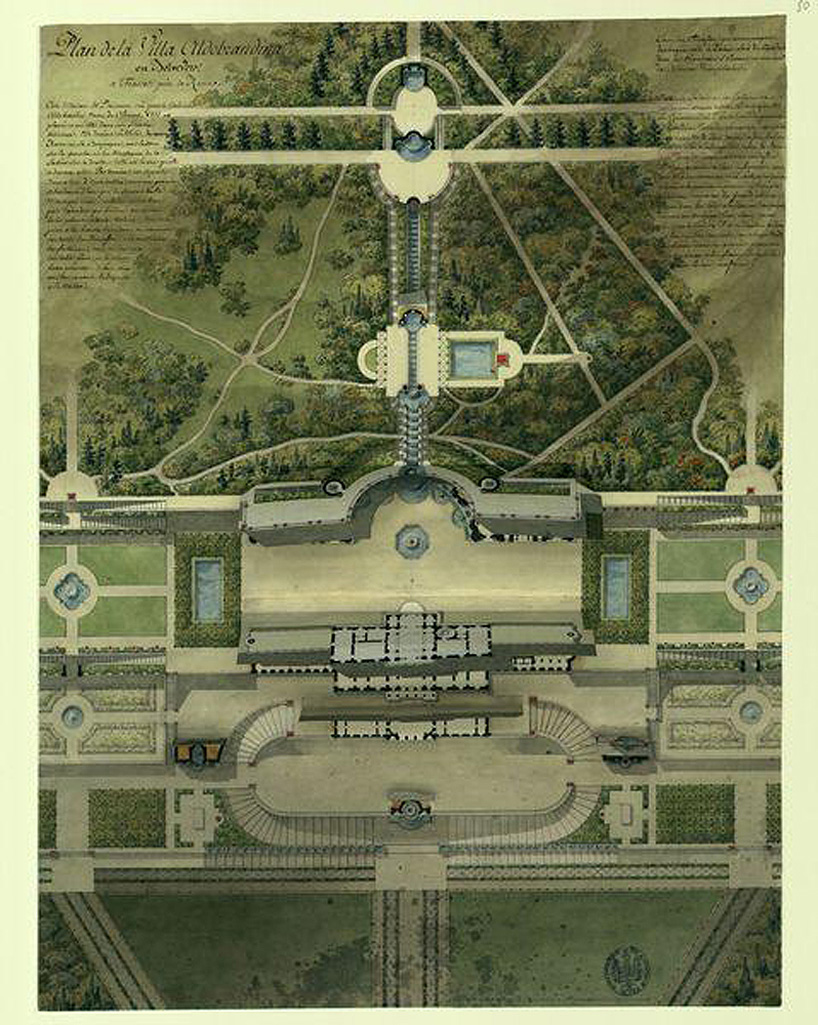 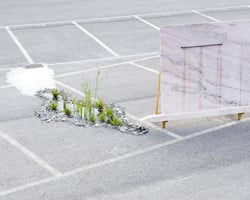