london-based studio bureau de change has recently completed a residential extension on a three-storey period terrace house. based north of  london, the ‘fold house’ sees the creation of a bold, contemporary space characterized by a pleated roof-ceiling. as well as the  dynamic form of the extension the interiors use a rich palette of materials and textures. the roof appears to be formed from a flat surface, forced to fold into a faceted structure meanwhile from the exterior, the pleats are hidden to focus on the original character of the building.

katerina dionysopoulou, co-founder of bureau de change comments: ‘with the pleated roof we wanted to not only bring a graphic feel to the modern extension, but also to create a feeling of motion which would emphasize the meeting of old and new.’ 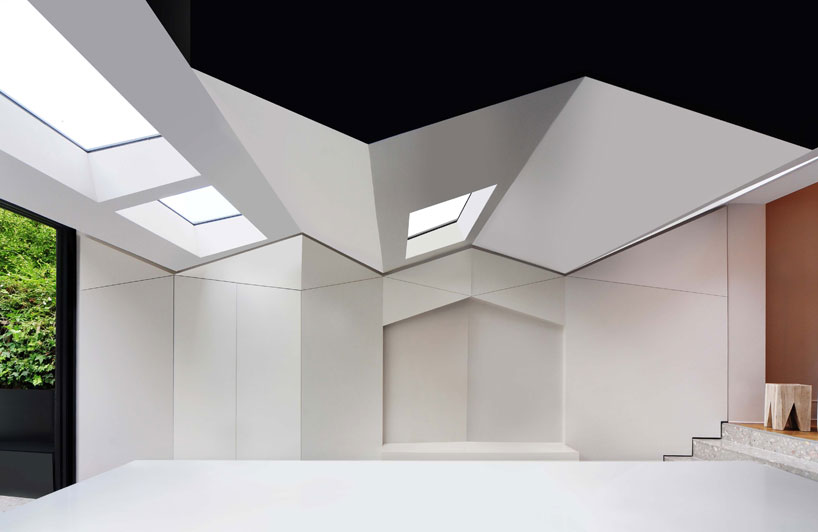 the varying angles of the roof has enabled generous skylights to be installed, diffusing natural light into the kitchen and communal space. simultaneously, the interiors spill out into the garden, viewing the nearby wooded area. the pleated nature has been continued along the party wall, concealing a home office and on the adjacent side, the extended passage discretely creates ample storage and utility space. utilizing color and materials to subtly accentuate the angularity of the extension, the combination of midnight blue and white surfaces ‘visually mark the transitions between living spaces’ and overall, gives it a refined and visual clarity. 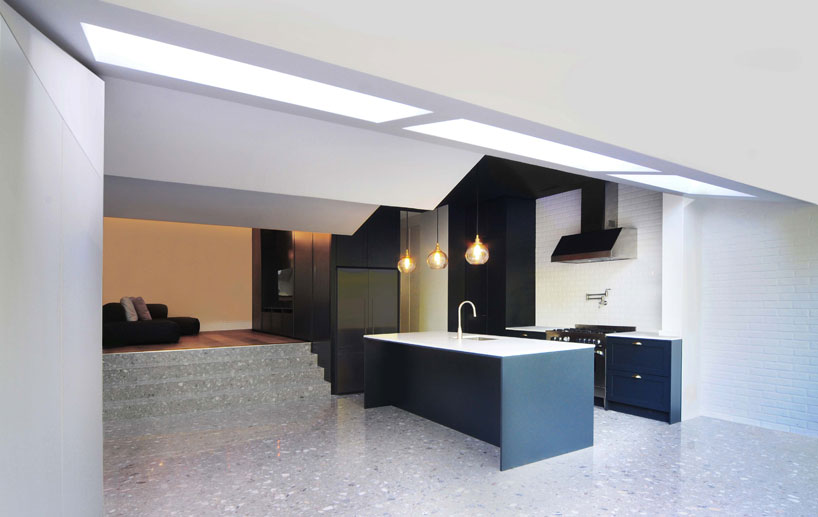 the scheme is adorned with a rich palette of colors, materials and textures, giving a different experience in each space 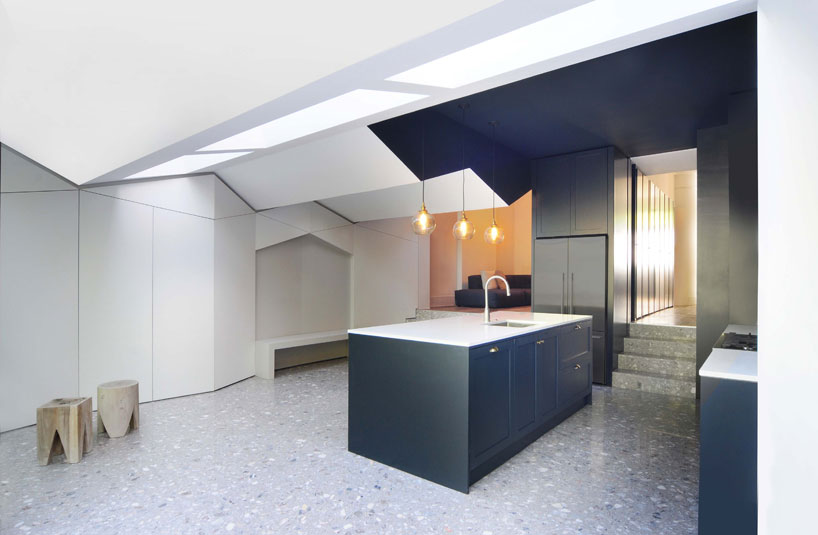 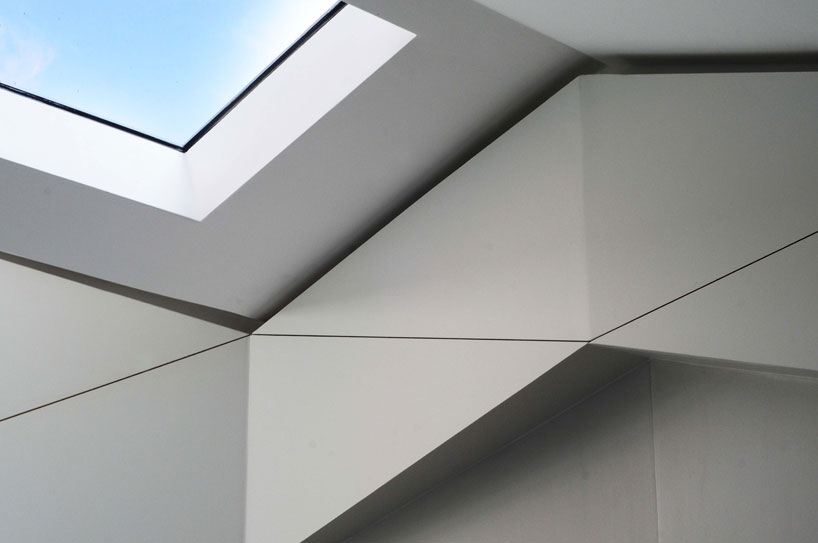 skylights placed on the angled ceiling directs light into the interiors 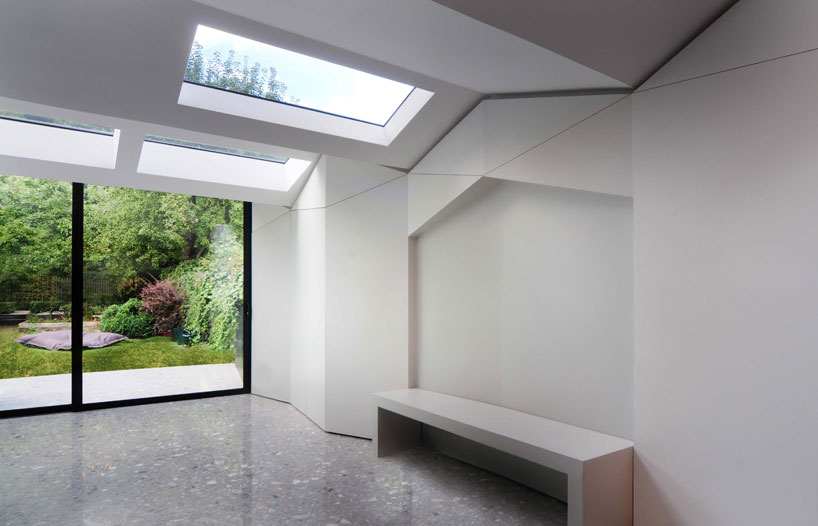 the extension opens up to the private garden 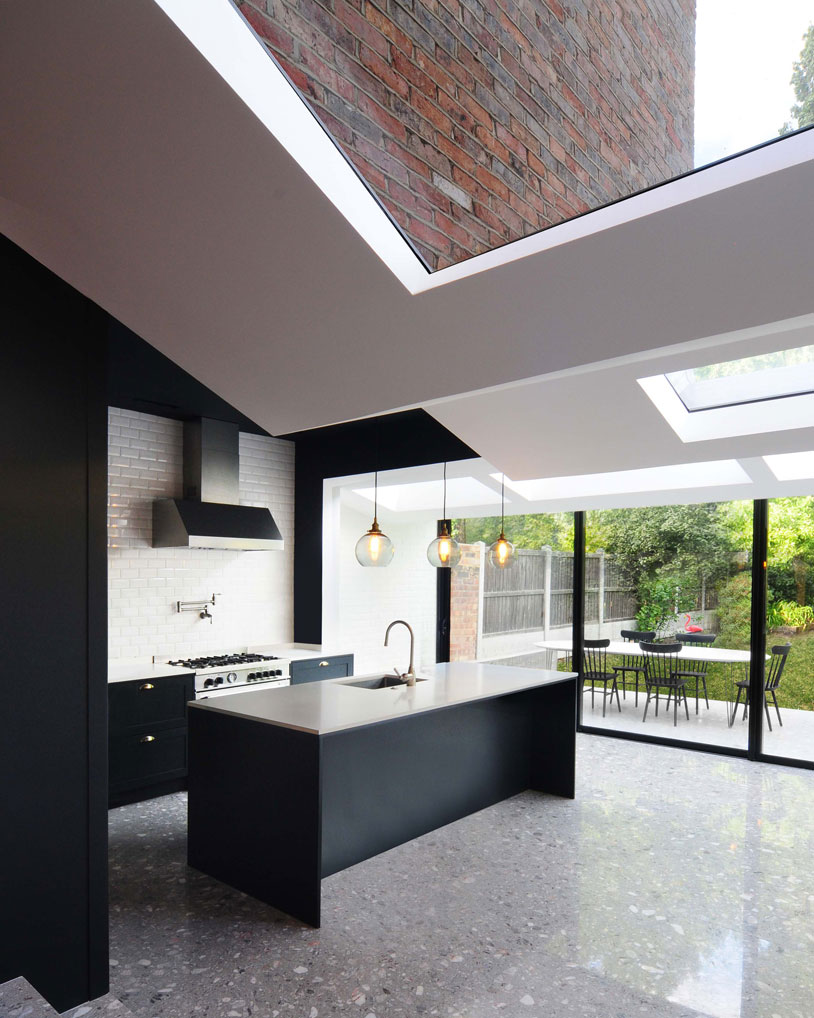 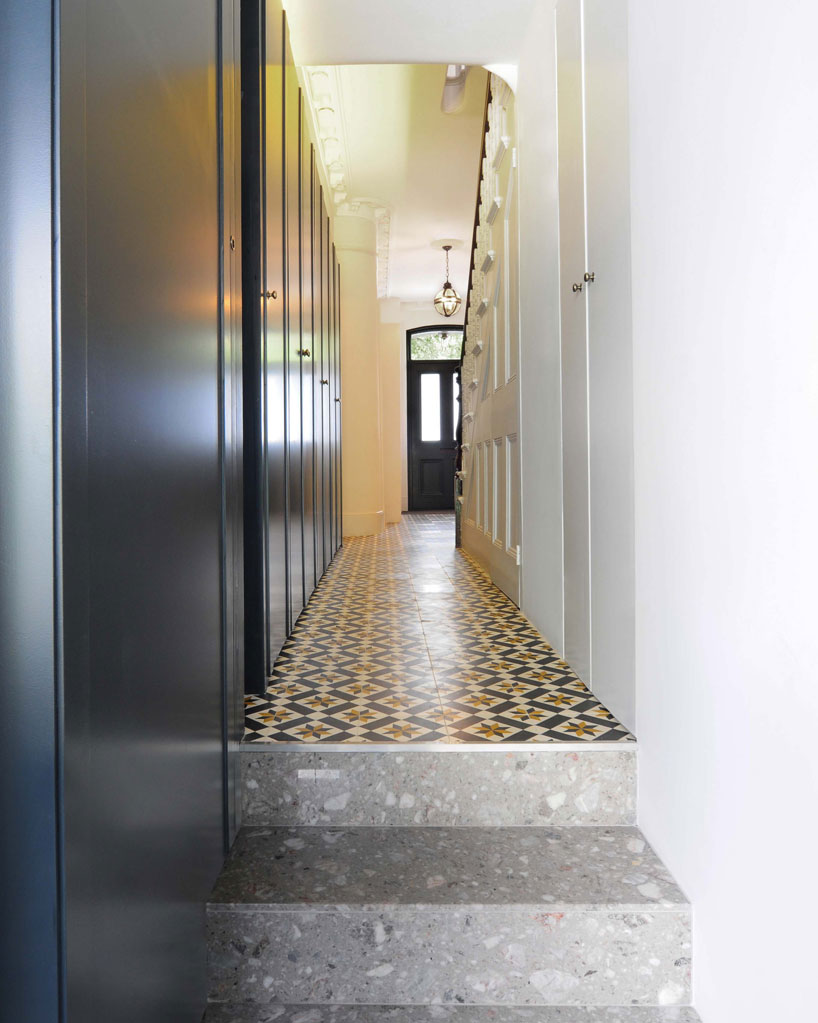 a long passage extending along the left side, conveniently and subtly creates a storage and utilities ‘zone’ 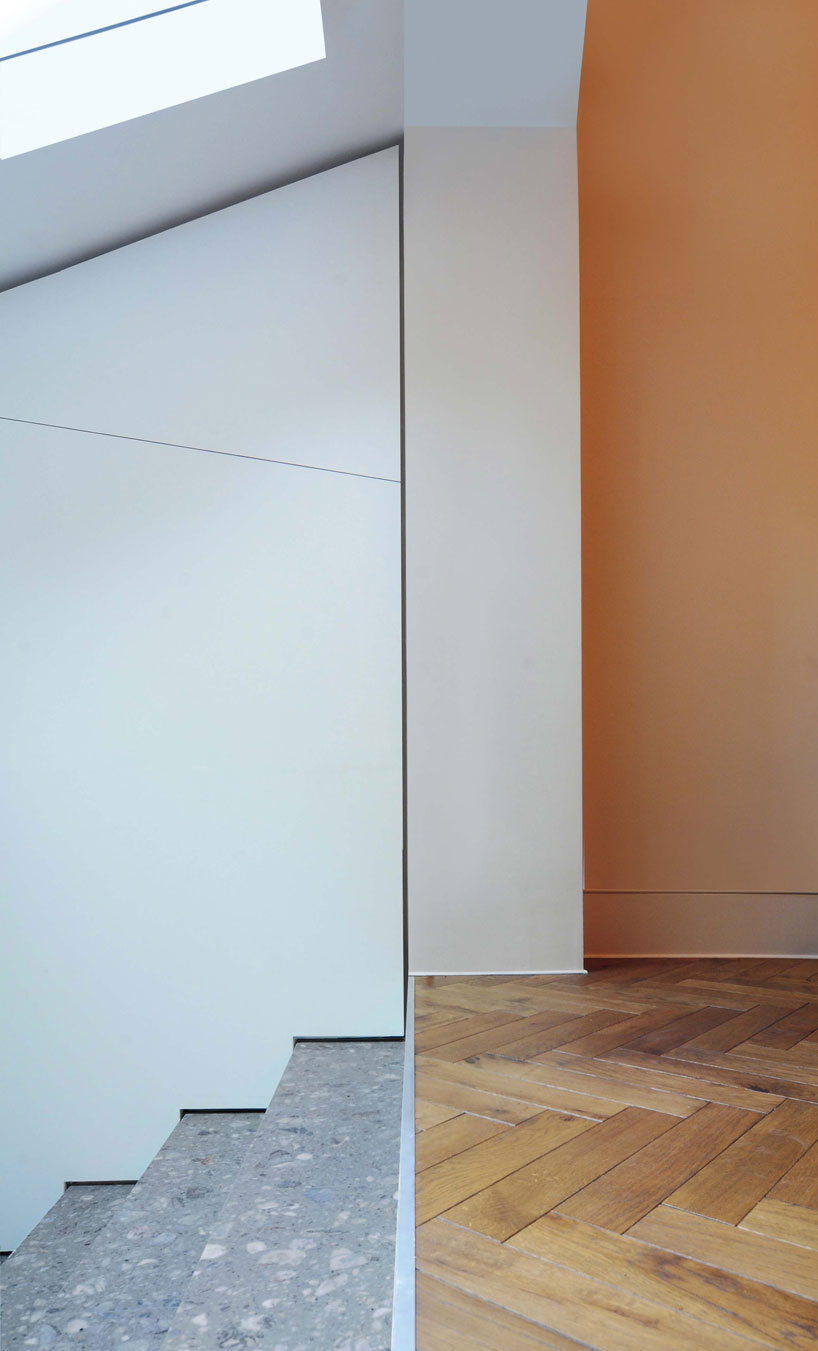 the old and new, seen in the differentiating materials 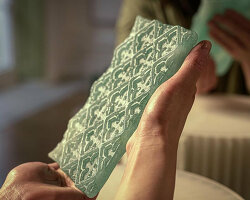 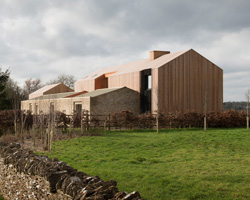 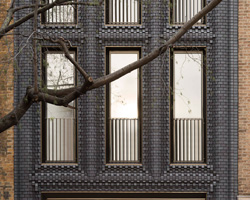 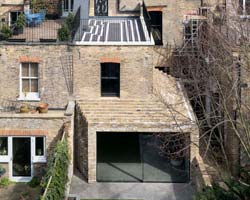