büro ehring’s volumetric ‘hidden stadium’ aims to connect the stadium to the people of montpellier not as a symbol, but as an urban catalyst for future development. the urban proposal revolves around a sunken pitch, where the stadium itself becomes virtually invisible. in its place however, there will be multiple buildings that are meant to support and create ties with the region of montpellier. 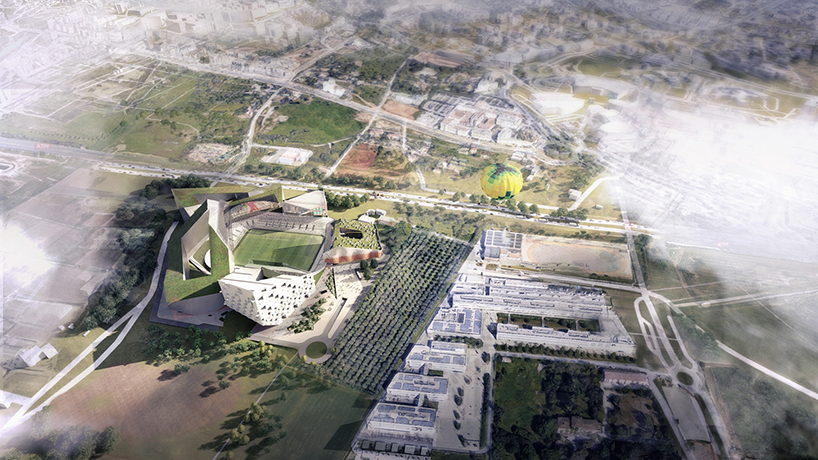 the concept proposed by büro ehring was chosen as the winner of the stadium competition hosted by uni. the competition’s brief was to ‘design a concept stadium for international events in a small city, such that the setup could be used/reused for many purposes beyond sports,’ which the hidden stadium addresses directly. the proposal continues the development of the city’s outskirts, and creates an ‘urban stadium’ rather than the typical one-time use mastodon at the core of the city that over time becomes deserted and obsolete. 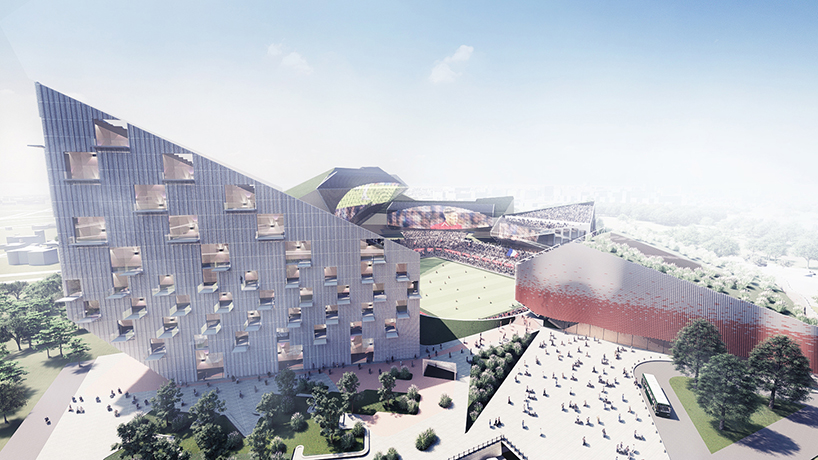 büro ehring’s stadium is composed of five different buildings that surround the pitch. the concept of the stadium plays on the notions of inside versus outside, a more refined version of hide and seek. from the outside, the stadium will appear to be a series of masses overlapping each other. as the visitors get closer and enter the volumes, they will be surprised to find a stadium that has been carved out of the ground. the buildings’ designs respond directly to the stadium’s ‘void’. when the stadium is in use, the curved screens that carve the massings will turn on revealing a bowl-like atmosphere hidden behind translucent metal screens. 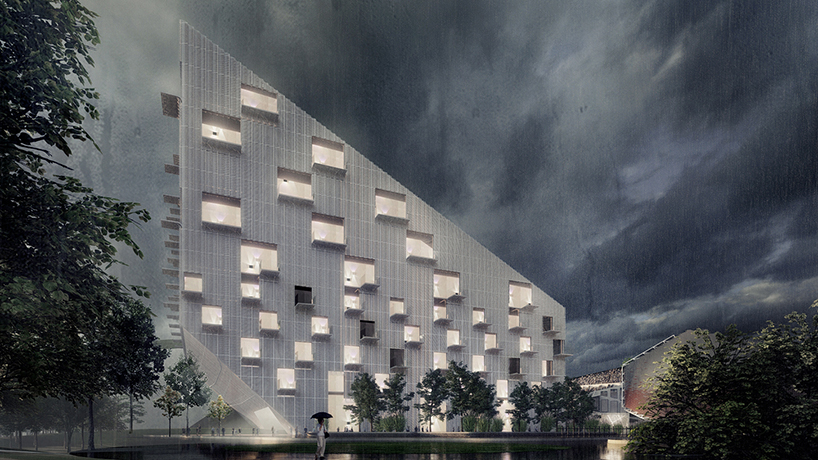 furthermore buro ehring’s proposal seeks to emphasize the urban context of the stadium, by creating anew over a series of phases forming a micro-city around the stadium. with region-specific programming, and a location that seeks to take advantage of a growing city, the stadium will continuously gain relevance over time. the architects’ concept of a ‘multi-use perspective is seen in a time span of decades where a stadium might sit idle for more than half a year.’ 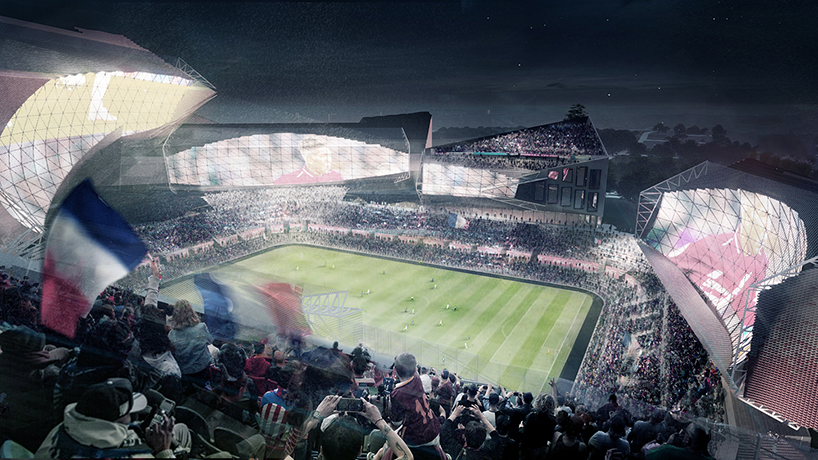 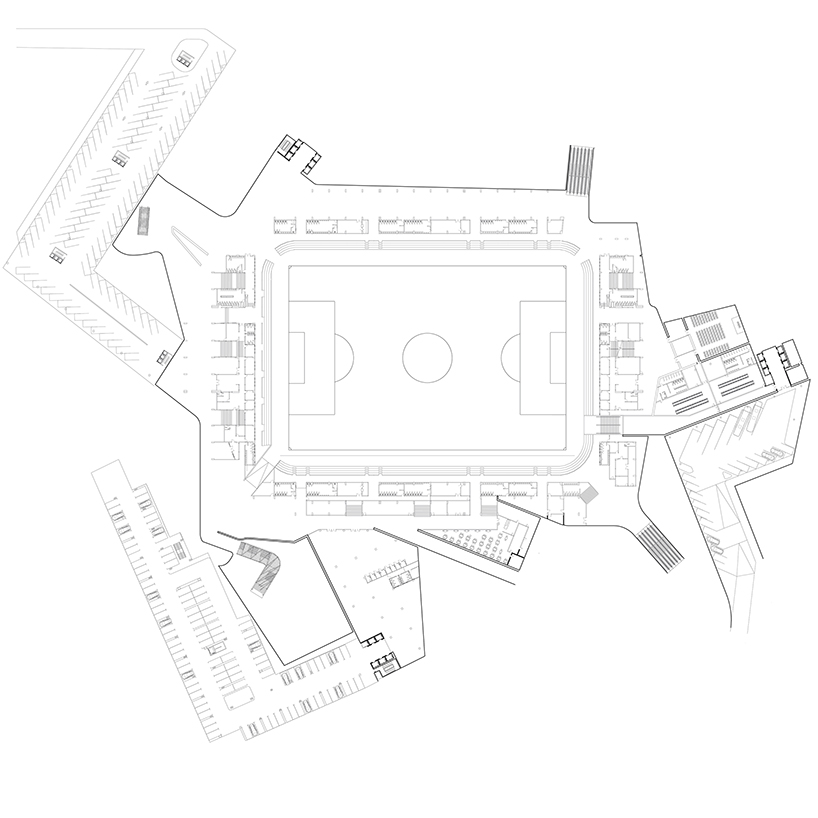 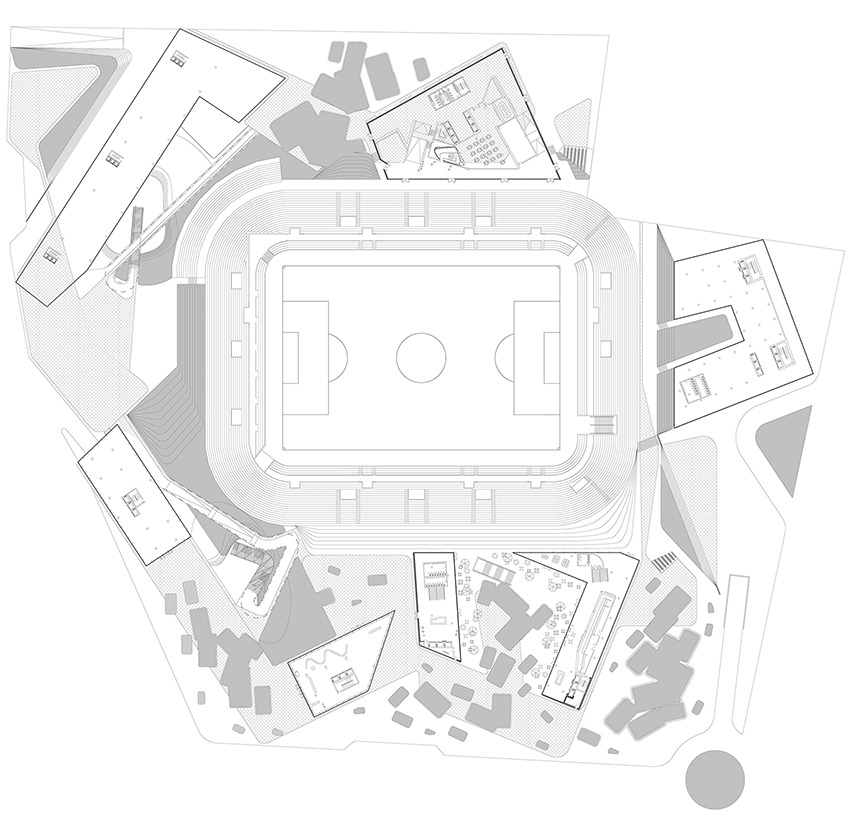