‘plastic isn’t the problem’, says byfusion, ‘the problem is that we didn’t have a good plan for its future.’  founded in 2017, byfusion is a los angeles based start-up that set out on a mission to address the increasing plastic pollution in our oceans. to do this, the company has developed a patented blocker system that transforms discarded plastic into a high-performing building material called ‘byblock’. 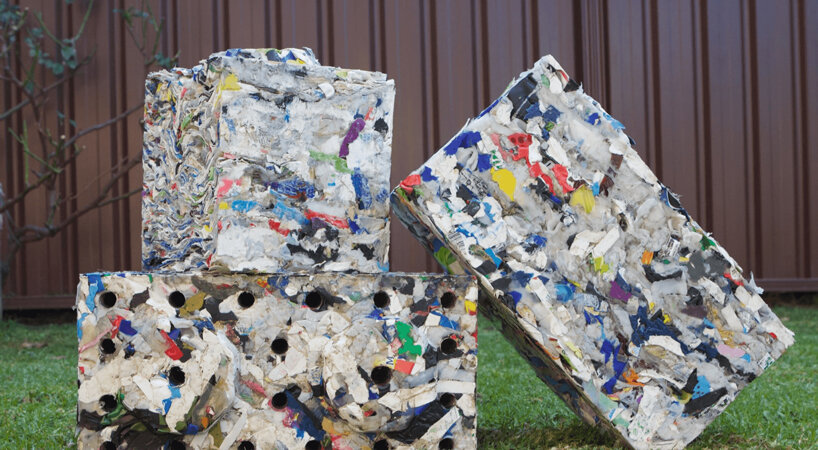 the first step is to find the plastic, which isn’t so hard. byfusion collaborates with ocean clean-up operations to collect discarded waste that’s ended up in our marine environments. in the summer of 2020, the company acted as the take-off partner for ocean voyages institute/project kaisei, who pulled over 100 tons of waste from the great pacific garbage patch.

the second step is to shred the plastic into smaller pieces. it’s then superheated using byfusion’s patented steam-based process and fused into blocks measuring 40cm x 20cm x 20cm and weighing 10kg each. what’s great about this method is that it requires no chemicals, additives, nor fillers and it generates 41% fewer greenhouse gas emissions than concrete blocks. the byblocks also don’t crack or crumble like standard blocks. check out the video below to see how durable they are.

applications for the byblocks include retaining walls, sound walls, sheds, terracing and landscaping. the company also sells furniture products made from the recycled plastic blocks such as a planter and a coffee table set.

to have an even bigger positive impact on the environment, byfusion has made the block-making system available to waste management companies, governments, municipalities, and environmentally conscious corporations around the world. their idea is to partner up and license the ‘blocker’ machines. ‘byblock enables communities, corporations, and governments to make use of their plastic waste while cleaning up the planet. our blocker systems create jobs, improves infrastructure, and revitalizes neighborhoods everywhere,’ says the company.

byblocks are made entirely from recyclable and non-recyclable plastics. byfusion’s goal is to recycle 100 million tons of plastic by 2030. 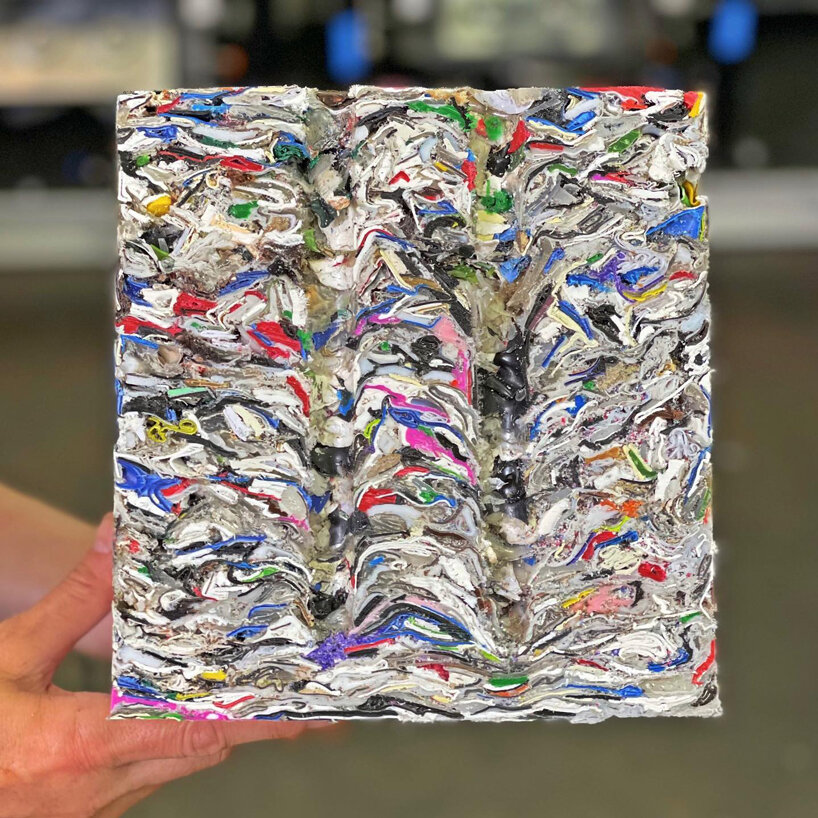 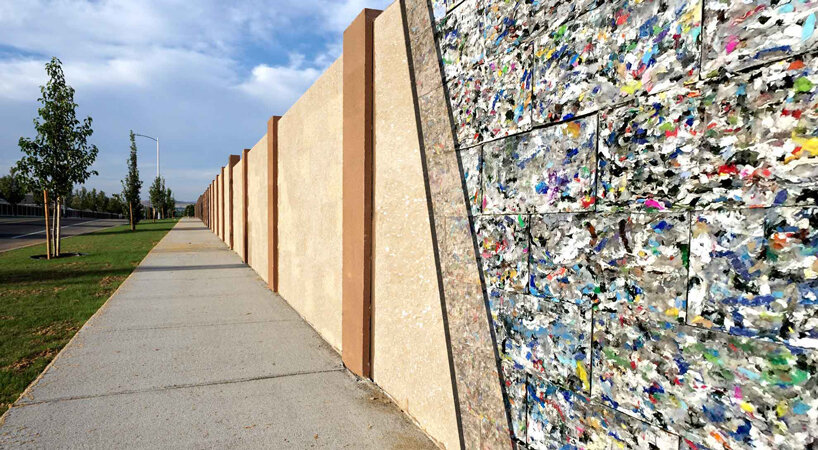 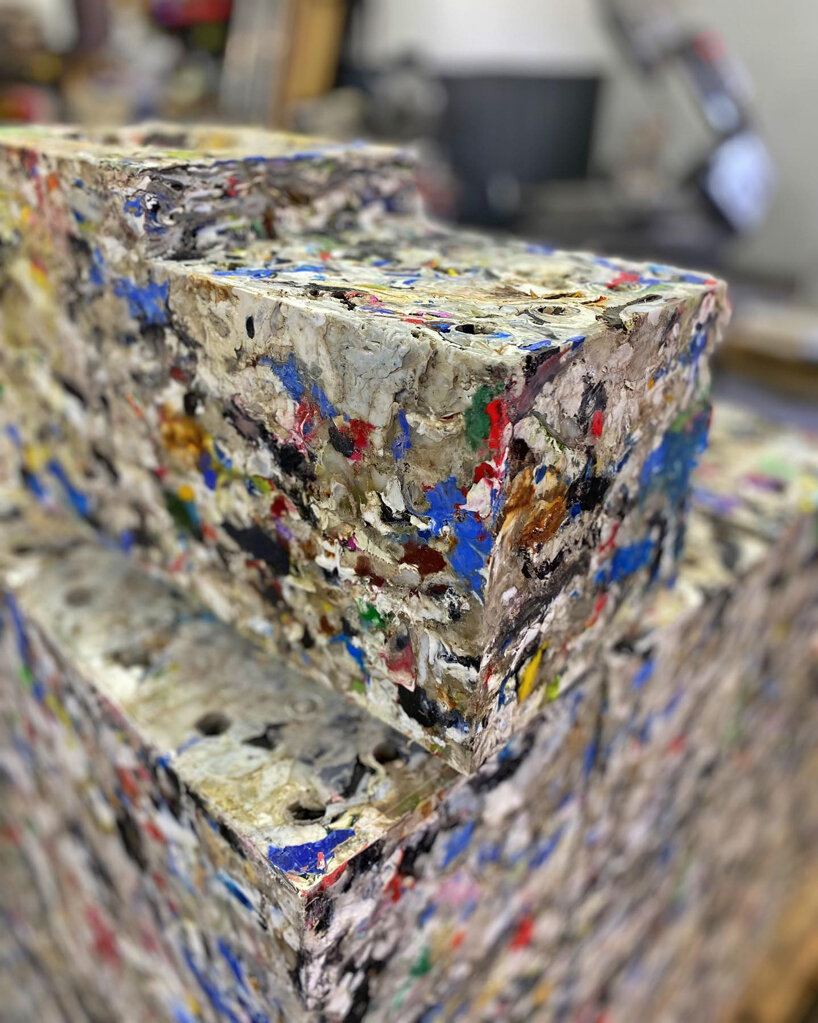 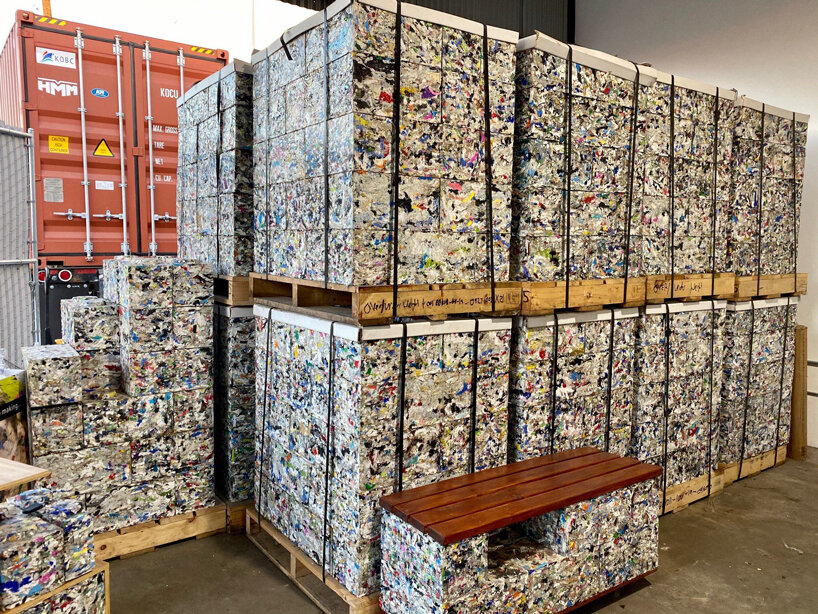 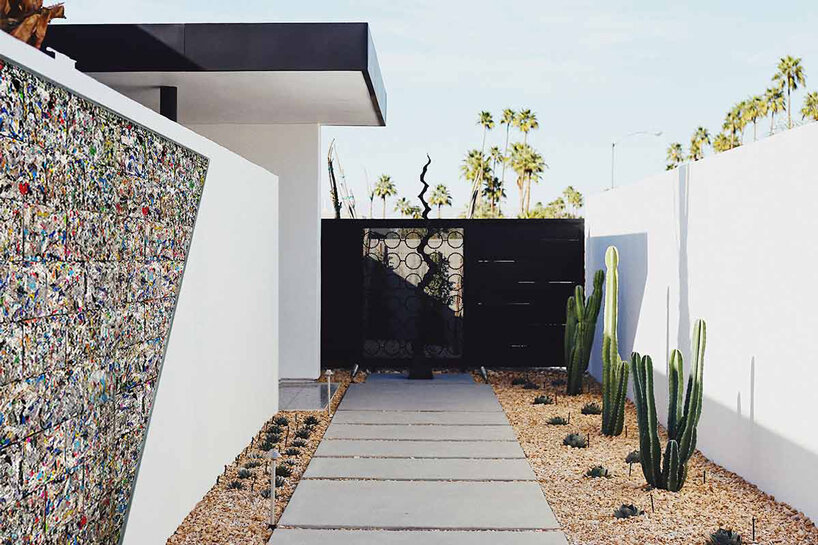 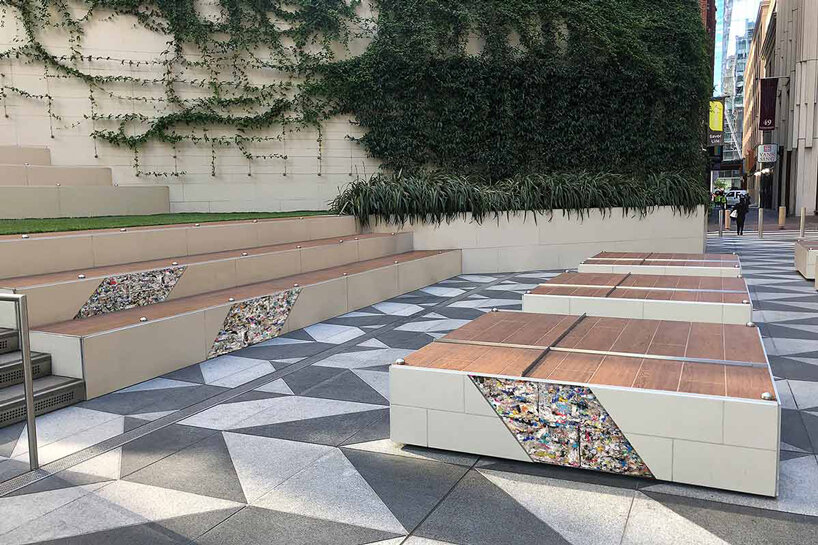 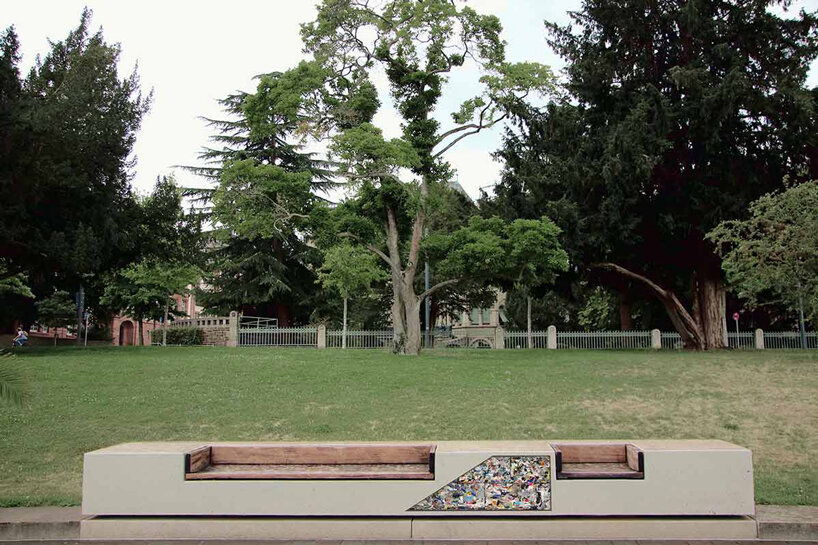