CAAT studio aimed to connect the chitgar forest park zone to the persian gulf lake in tehran, with an organic bridge that hosts a variety of programs. the main eastern-western highway splits apart the two zones, yet the architects redefined traditional iranian bridges, such as siose pol bridge, as infrastructure that not only crosses and links places, but also has observation and commercial functions. 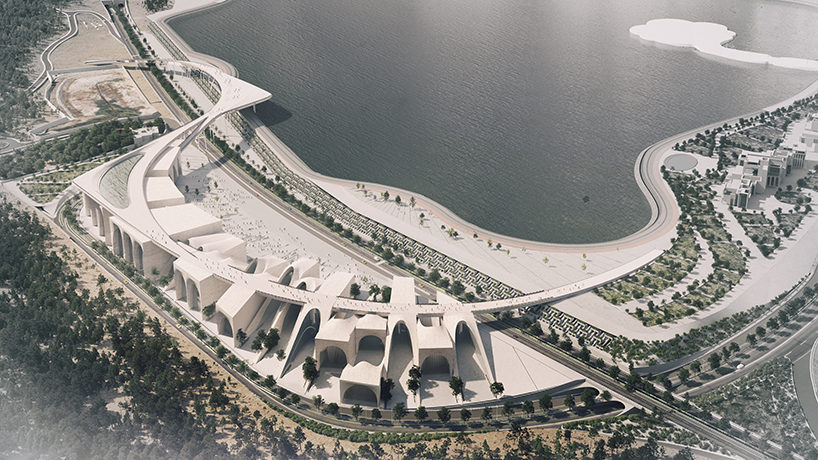 the project site is located between the southern edge of the persian gulf lake, the largest man-made lake in iran, the lake’s watershed and a part of the forest park’s northern border. the architects‘ purpose is to connect the lake’s pedestrian and bicycle lane with the park and ultimately, return it to its original path at the verge of the lake. 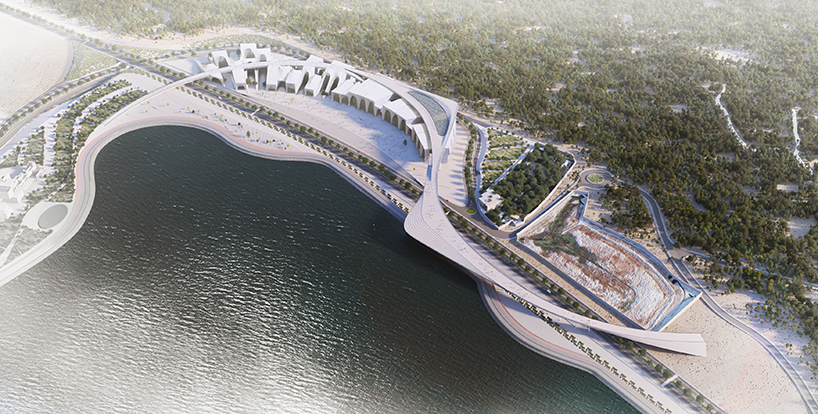 two features of the bridge recall iranian lifestyle, culture and recreational activities. an important part of iranian culture is the road side camping, which the bridge enables by designating specific areas for camping. second, the roofs in small towns also function as a playground for the children, making them the fifth facade in traditional iranian buildings. by including both of these features in the bridge, CAAT studio’s proposal relates directly to its context and people. 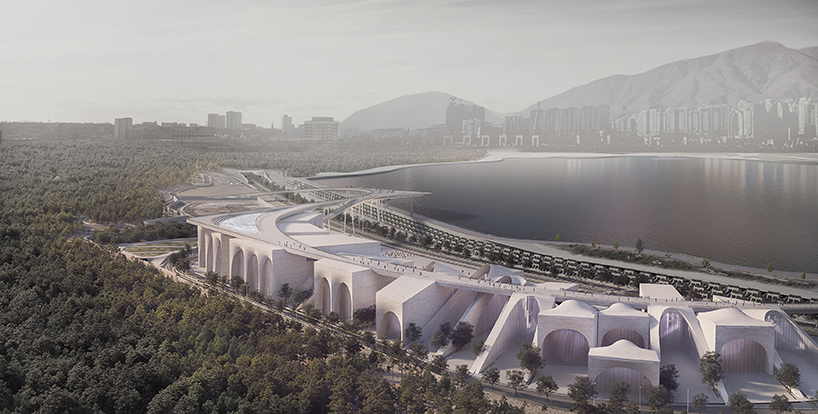 bikers and pedestrians along the bridge will give the impression of walking over the roofs of the houses in the small town and over the alleys among them. the design team decided to generate new amenities to draw tourists’ attention by linking the lake and the park to attract investors as the main targets of the client. 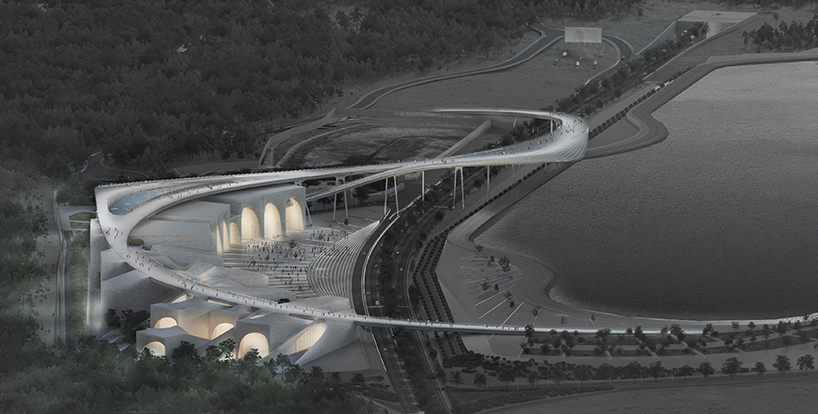 as a result, the design of the bridge is an organic, curved path that winds around the lake and over buildings with amenities. the buildings include cultural, commercial and recreational spaces, and tehran’s first freshwater aquarium. they are radially placed under the bridge to provide a similar view of the lake for all the modules. 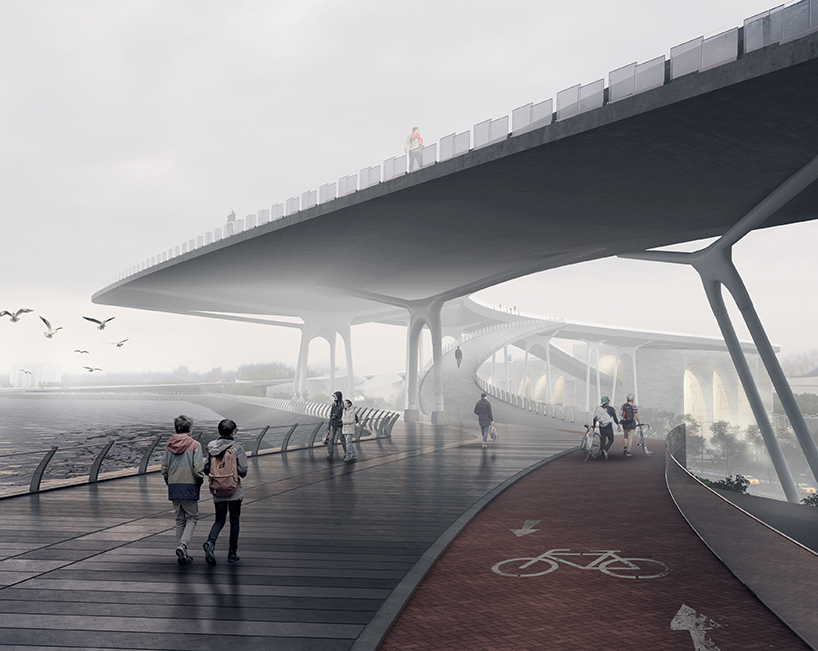 the bridge connecting the forest park and the lake is a path that stretches along the top of the modules and connects with programs below with multiple vertical accesses. it continues along and frames views as a deck passes over the lake and lands in a drive-in cinema at the western border of the site in the jungle park zone. 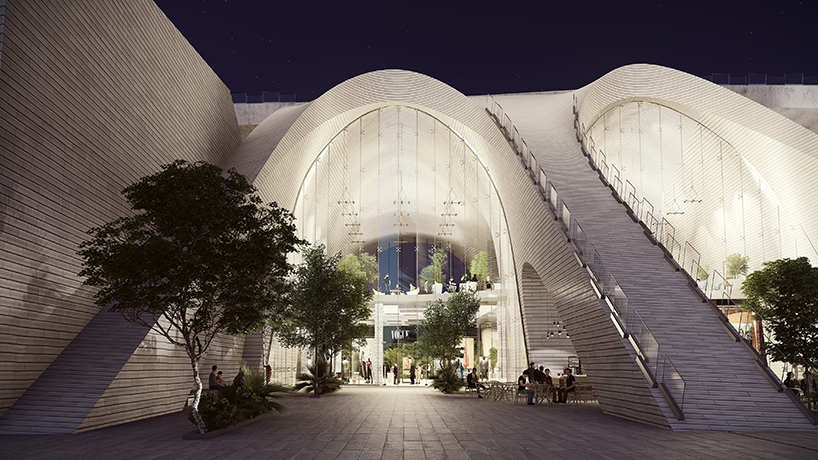 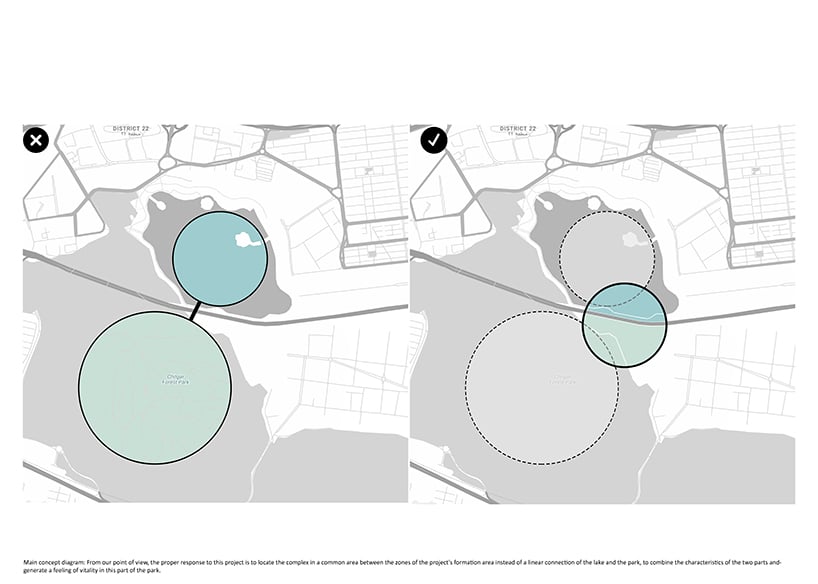 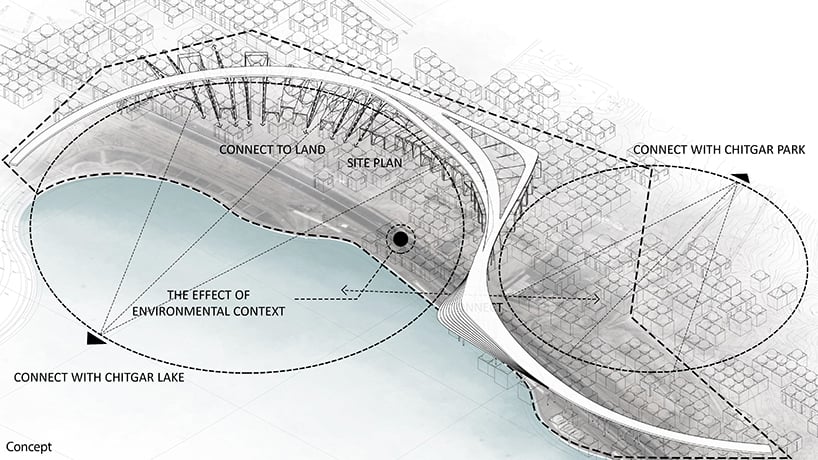 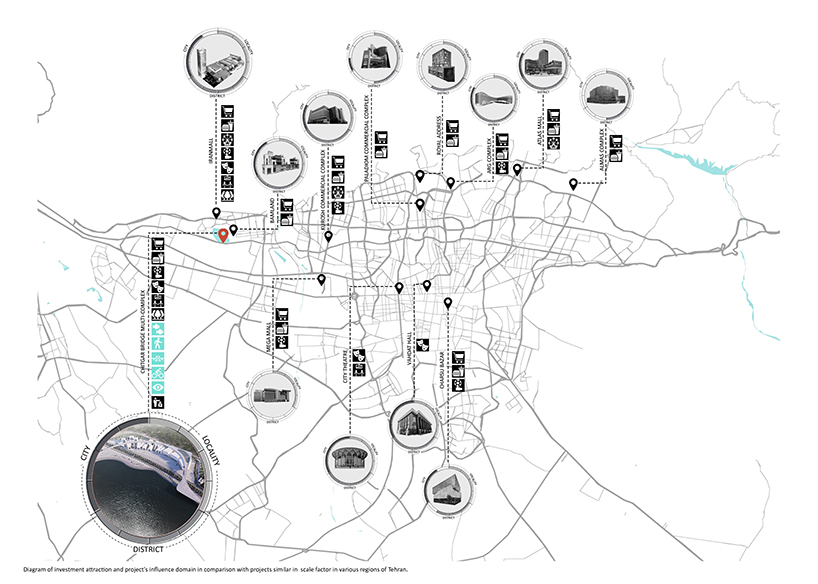 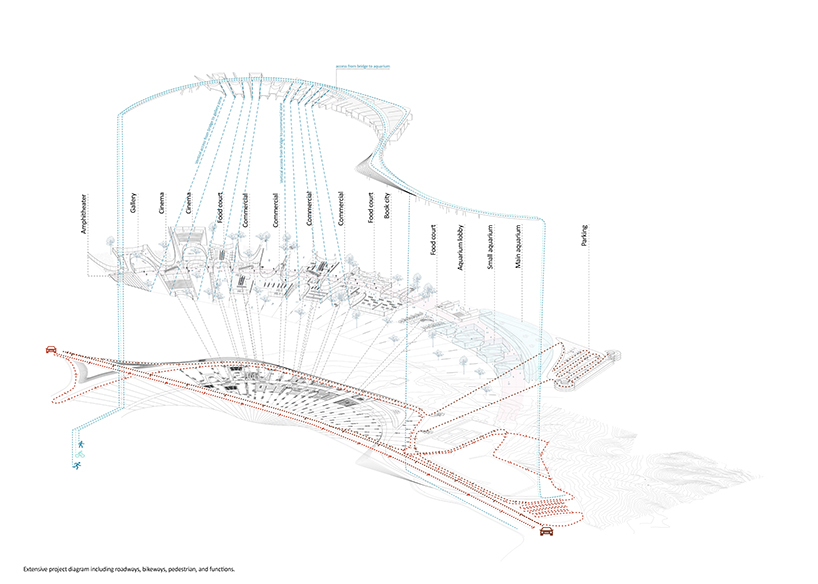 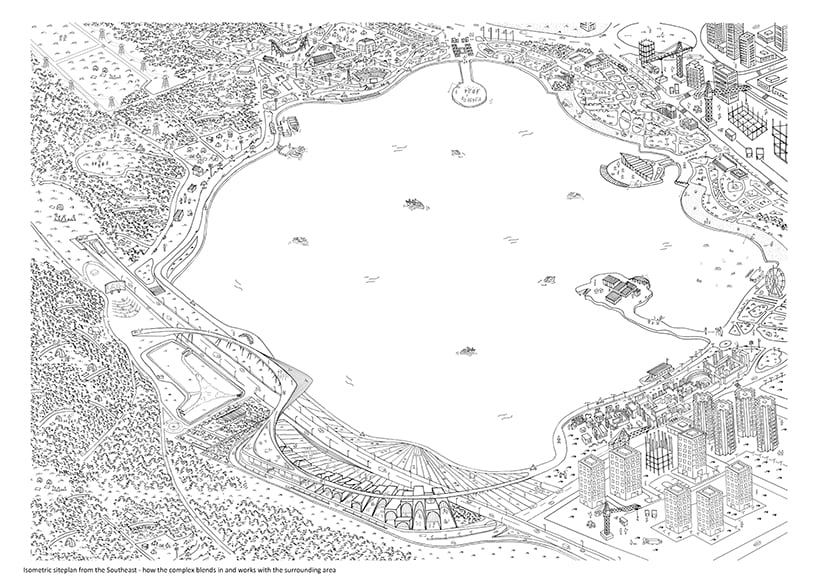 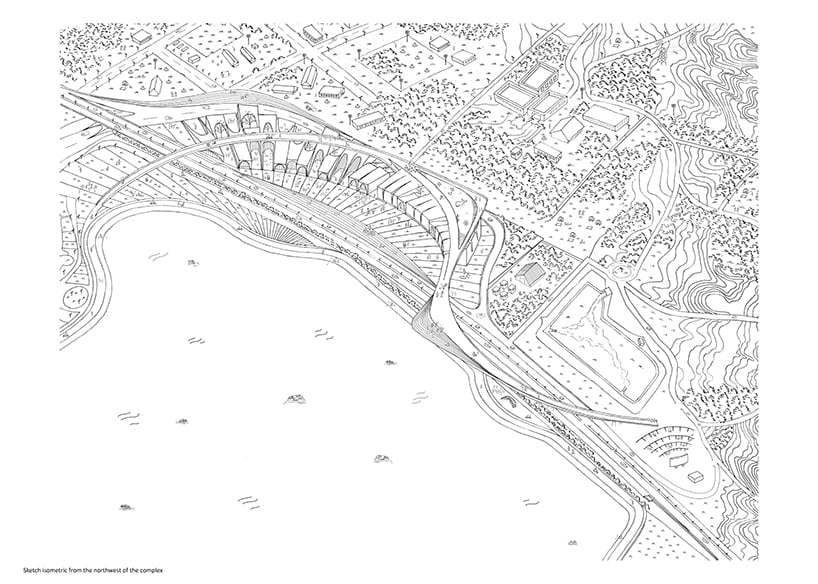