should all skyscrapers have the same language? should they always be cladded in glass? studio cachoua torres camilletti started the process for their ‘hong kong skyscraper’ by trying to envision what a tower should be in the future era, and letting go of many ingrained preconceptions about the way the buildings should be designed. 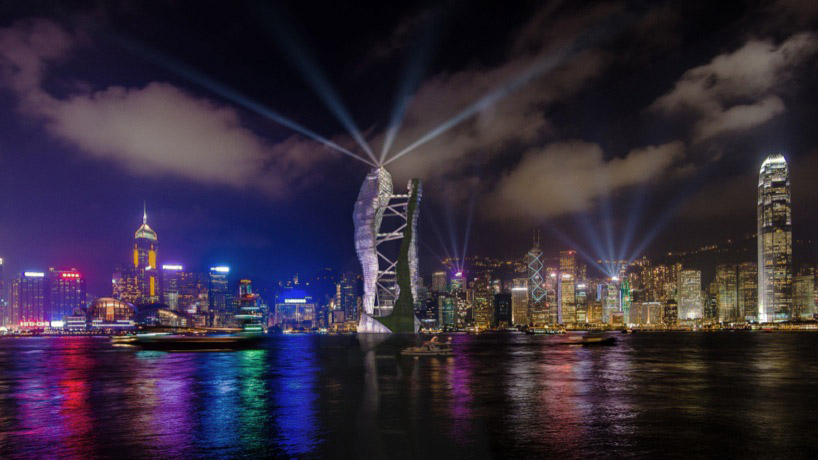 view towards the skyline from across the water

the mexican architectural firm strived to solve the tall structure debate in a holistic way. the premise of ‘agricultural space in big cities’ lead them to the concept of ‘rice terraces’. rice terraces have an important semiotic and symbolic significance in the culture of countries such as china and the philippines, and they are cultivated by the need to sow seeds vertically. throughout history, they have been carved by hand into mountains high above the sea as emphasized contours with built-in irrigation systems. in addition to the formal beauty of these spaces, they are a living example of the respectful change of nature by humans, who do not pose any environmental aggression, and are ultimately both respectful of nature and of man. studio CTC finds such richness of the meanings and interactions that it was decided that rice should be the crop of choice for the skyscraper. 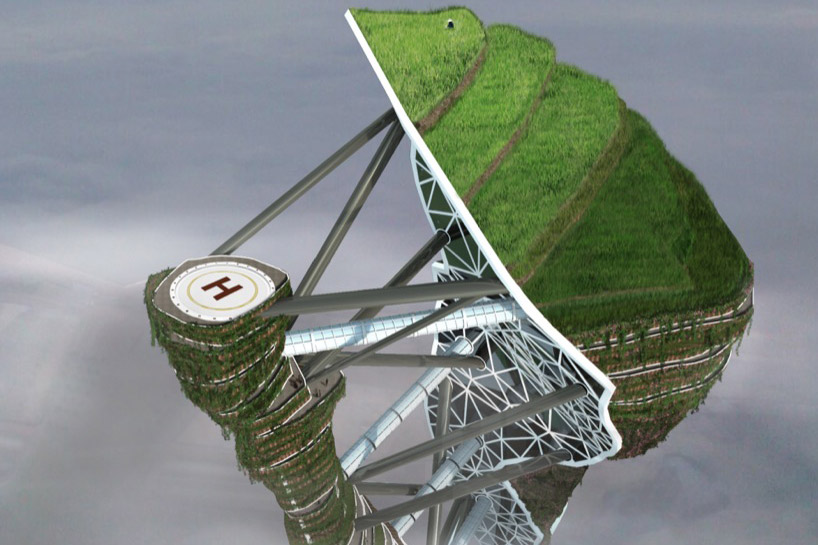 after defining the program, the architects proceeded to search for the ideal spatial relationship schematic. experimenting with several formal manipulations, they reached a final strategy that includes two towers whose irregular shapes generate interesting interiors, within which there are natural elements creating microclimates of ecological architecture. 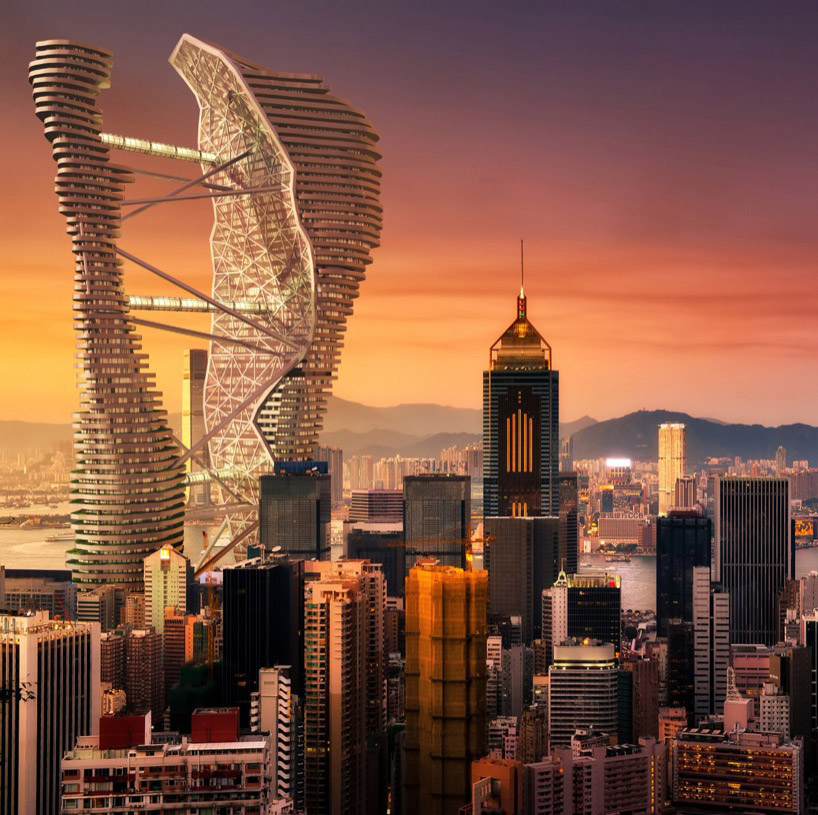 each floor plate is visible on the exterior

the choice to split the overall figure in half was due to two main reasons. the first, is from the original idea based more on the duality concept and the boldness of the design, rather than getting into the typical bandwagon of competing for notoriety through height. thus, its generality must have respect for the forms dictated by the context, predominant winds, sun orientation, views, function, and ultimately, artistic expression. secondly, multiple-use towers are now commonplace, but ignore the individual character of each program. conceptually, the structures suggest that they used to be one, but were cut into two in a morphologically complementary way; each side is the negative of the other, with the change visible as their corresponding floor plates are analyzed from bottom to top. with the cinching and tapering operations performed among different vertical sections, fish farms, work offices, lifestyle amenities, commercial properties, and roadways are easily allocated among the levels in relation to their spatial and mechanical needs. 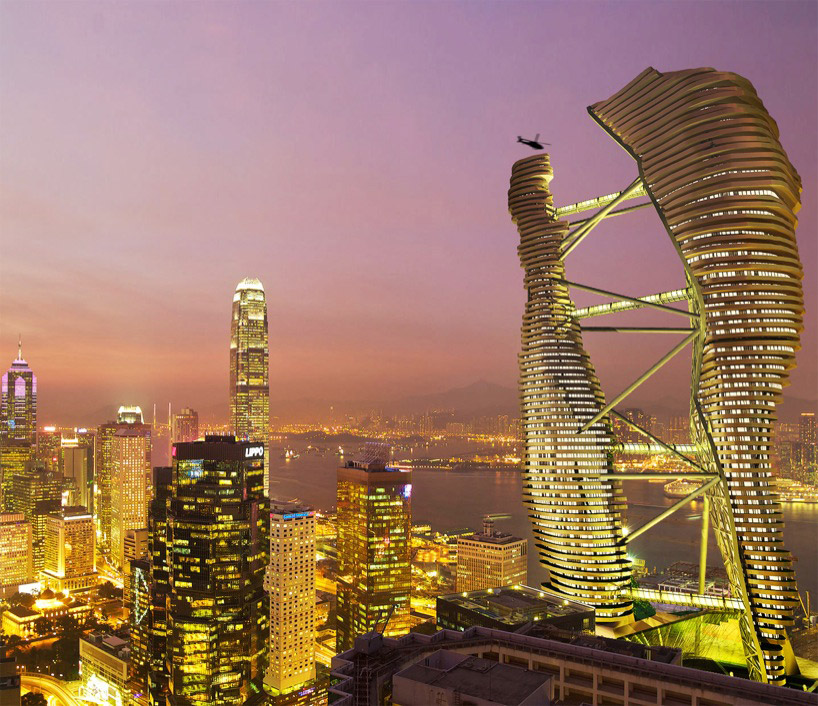 on the exterior, the division presents a different façade from the rest of the tower, exposing the interior of these organic forms in a large window on one, and a gigantic green wall on the other. in order to provide circulation within the voided space up in the sky, transparent bridges are proposed to maximize the building experience among the context of the metropolis. these ideas manifest themselves in a transformation of the hong kong skyline, where they represent the historical and culture pride of a city that has passed through time. 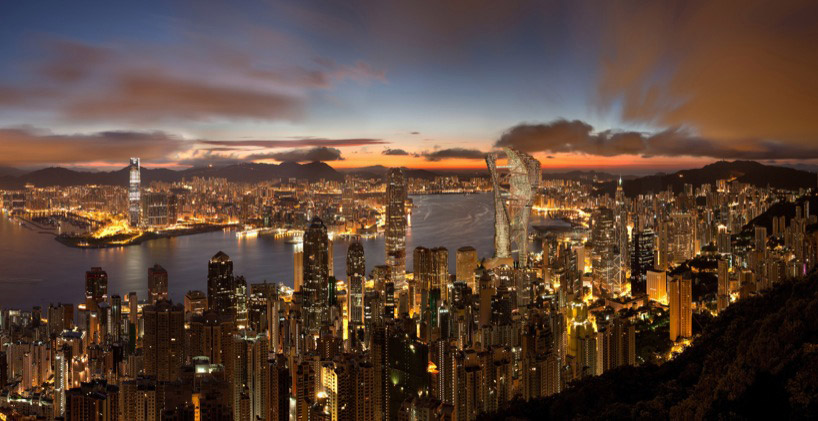 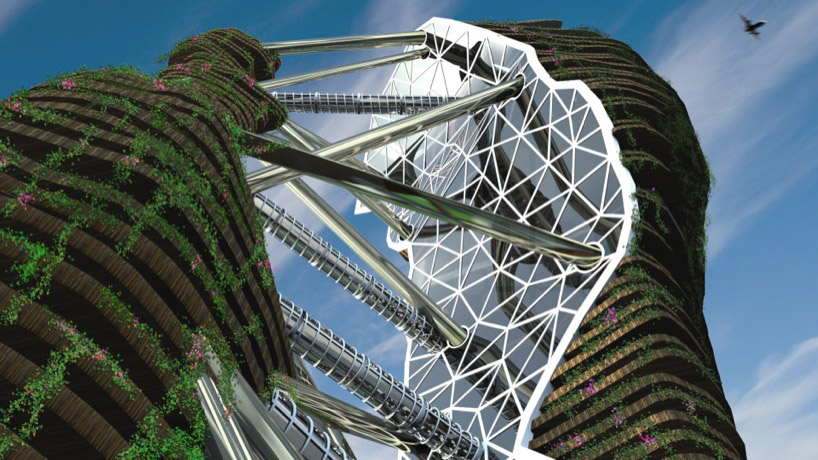 looking up through the glazed façade between the split 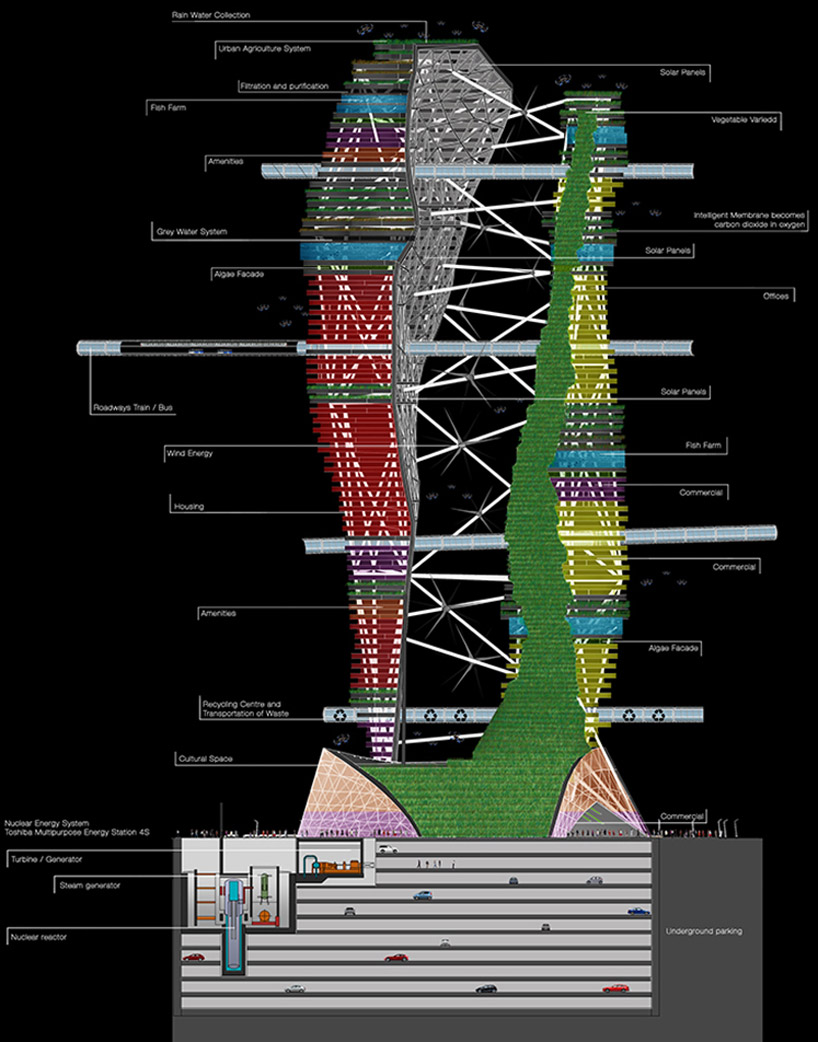 Aug 11, 2022
living in THE LINE: explore daily life in saudi arabia's future vertical city
in an exclusive interview with NEOM's urban planning director tarek qaddumi, designboom discovers what life will be like in THE LINE.
architecture
317 shares
connections: +360