városliget is historically the first public park in the world and budapest’s green lung. through the ages, solid, institutional buildings have been mixed with pavilions built for fairs, contributing to the site’s identity, between leisure and culture. as a result, the hungarian capital launched a competition in 2014 for the design of four new museums to add to the park’s cultural dynamism, one of which would envision the ‘house of hungarian music’. when CALMA, wojtek marcińczyk, rolf türme, and mike zabacury approached the brief, they proposed a project called ‘wood! folk! craftsmanship! music!’. 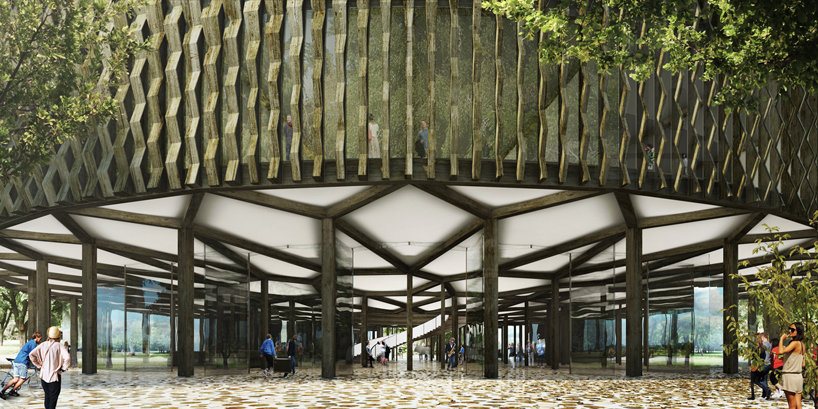 entrance to the building

the concept fits with the place’s hybrid tradition, referencing both the hungarian folk legacy and the park’s follies’ architecture. built among an existing grove of trees, the round building mimics aspects of the surrounding materiality and proportions. its mass, raised behind the leaves by a forest of columns, is subtly visible while the vegetation has leaves, only to reveal itself in the winter. 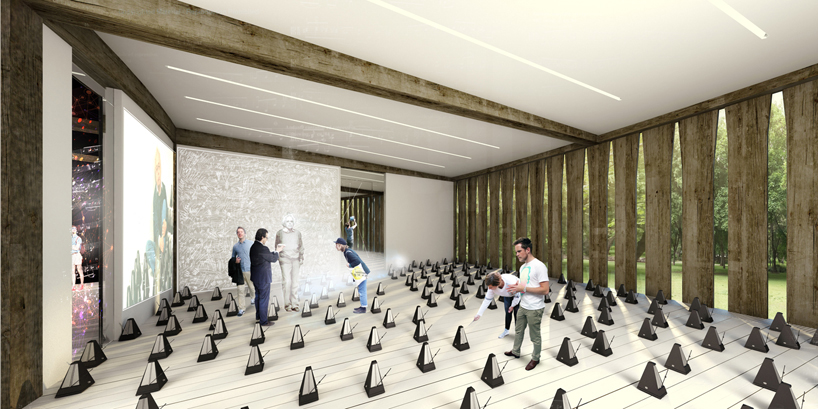 the facility is accessed from its free under-face, via spiral grand stairs linking all levels. the first floor welcomes temporary and permanent exhibitions, arranged as a ring around a central atrium. the second floor hosts concert and conference halls, a library and the museum’s administrative spaces. the grand stair then brings the visitors to the fully-public roof, where a canopy-high garden allows occupants to overview városliget park’s panorama while attending a concert or enjoying a coffee. 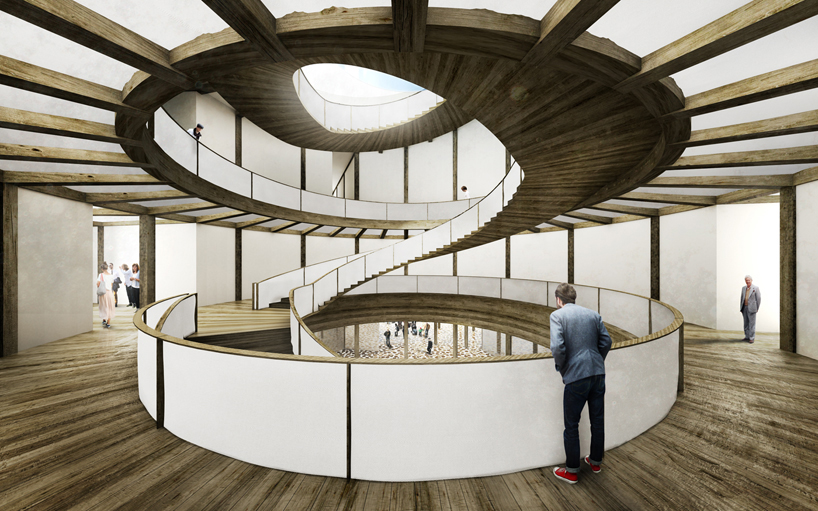 like a folly, the museum has a limited life-span: built in local timber of simple construction, it will be demounted at the end of the institution’s life and its constructive elements will be re-used, leaving the site pristine. 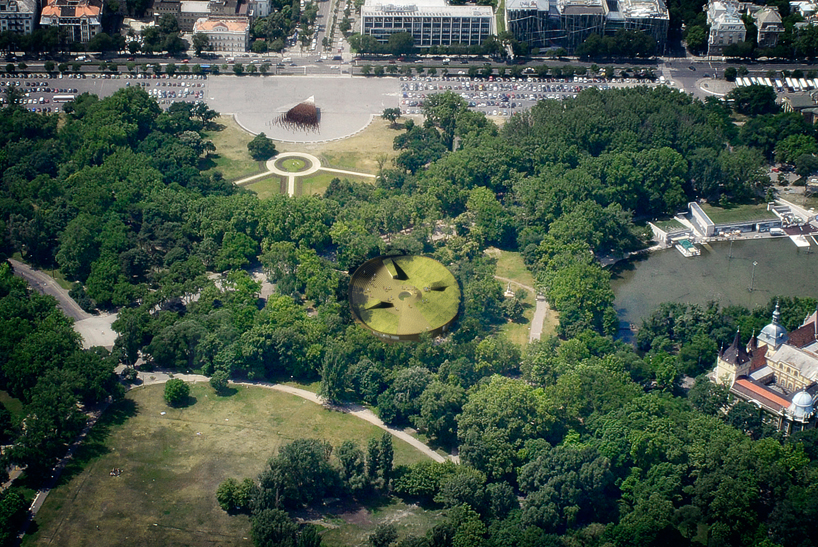 the House of Hungarian Music among the trees 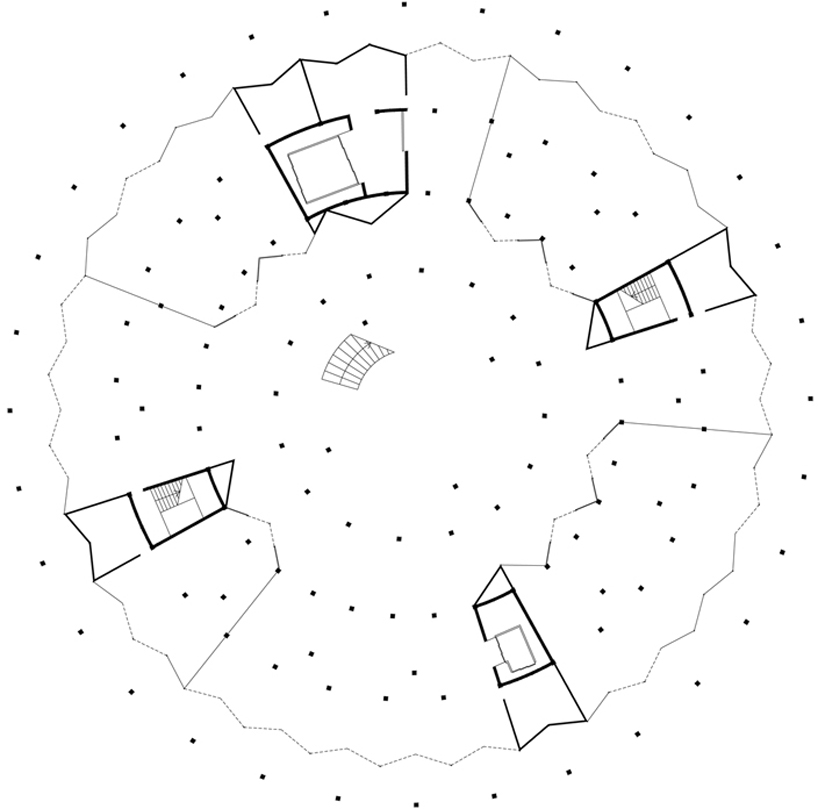 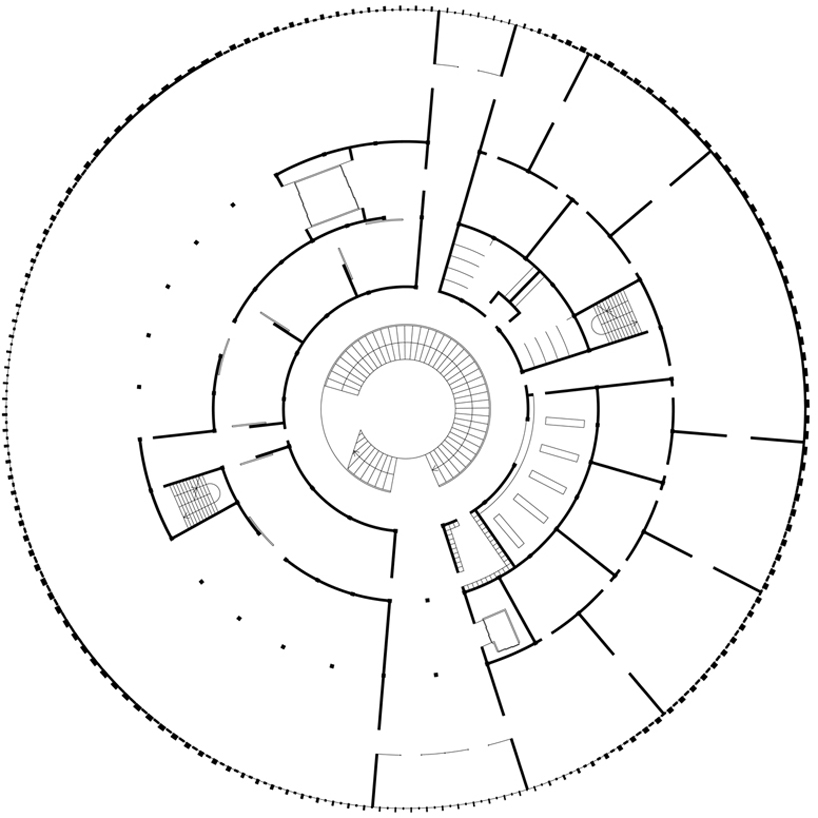 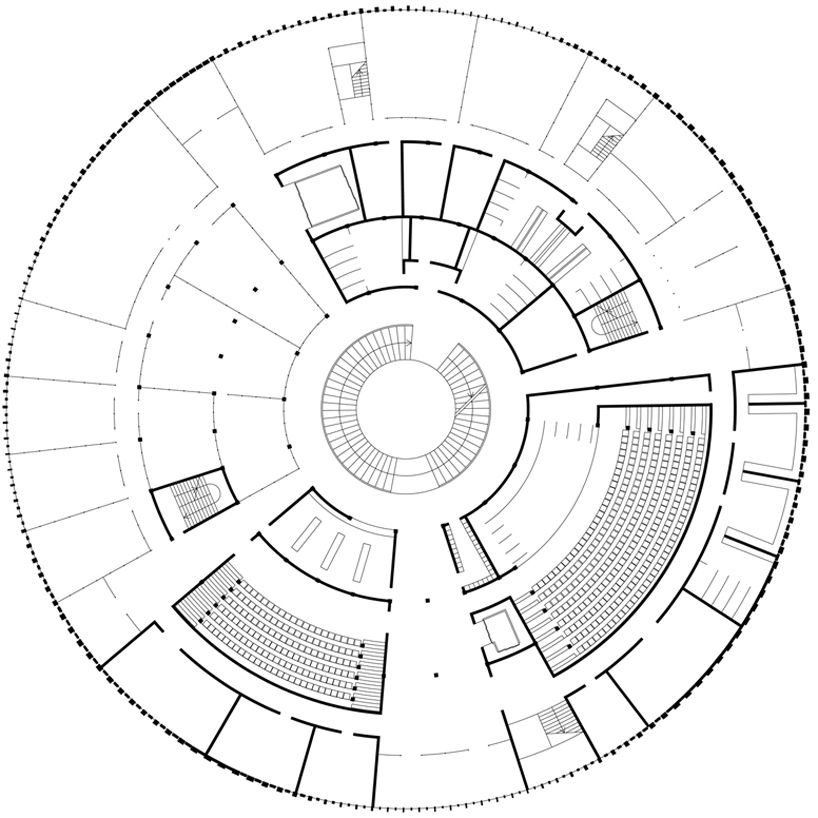 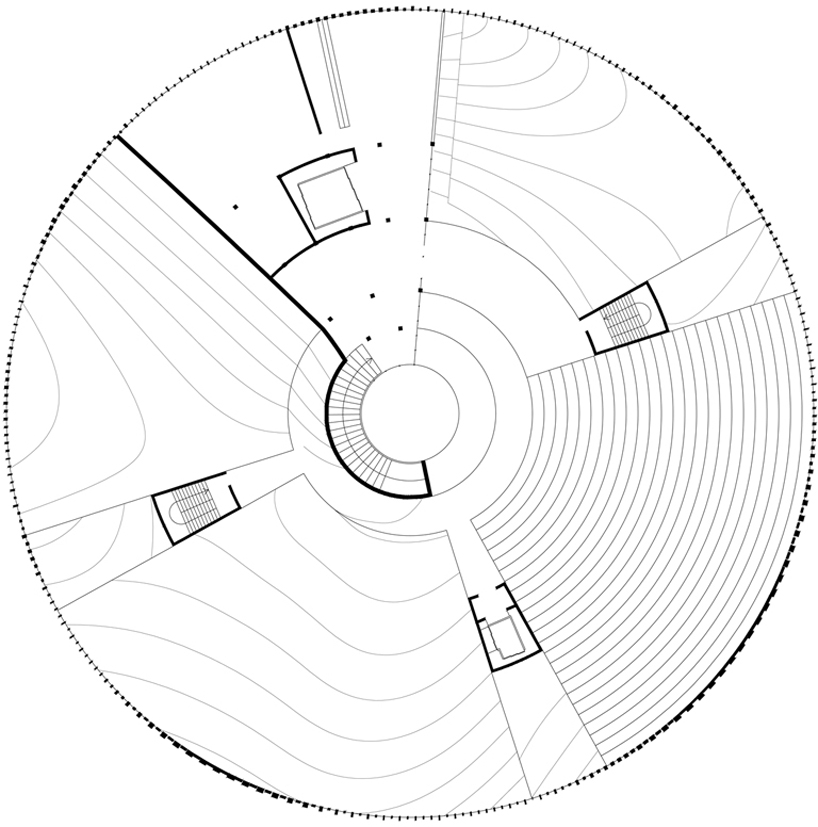 rooftop plan with a public terrace

north-south section through the amphitheaters 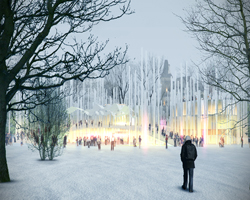 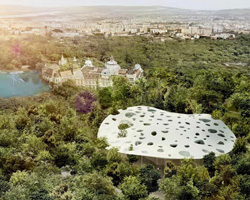