aesop vila madalena is são paulo’s newest branch realized by fernando and humberto campana of campana studio. encompassing unique design characteristics like all of the other aesop stores around the world, the interior blends seamlessly with the lively arts neighborhood of vila madalena providing a welcoming and warm setting for its clientele. 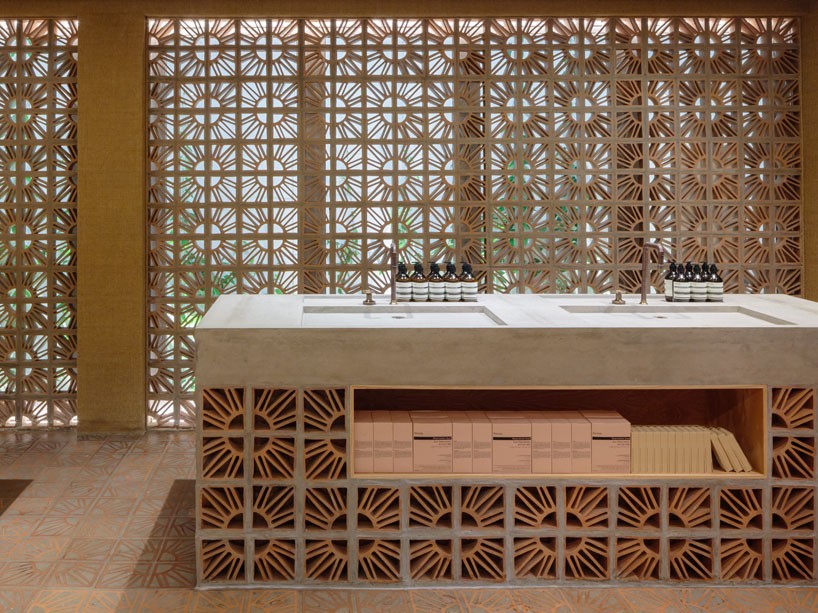 campana studio’s design starts from the façade, with the front gate crafted from aluminum and accented with brazilian cobogó brick – a material typically employed for ventilation and shade. during the day time, this gate transitions into canopy over a peaceful area situated between the store front and sidewalk; decorated with climbing plants and benches, this offers customers and passersby a place to rest. 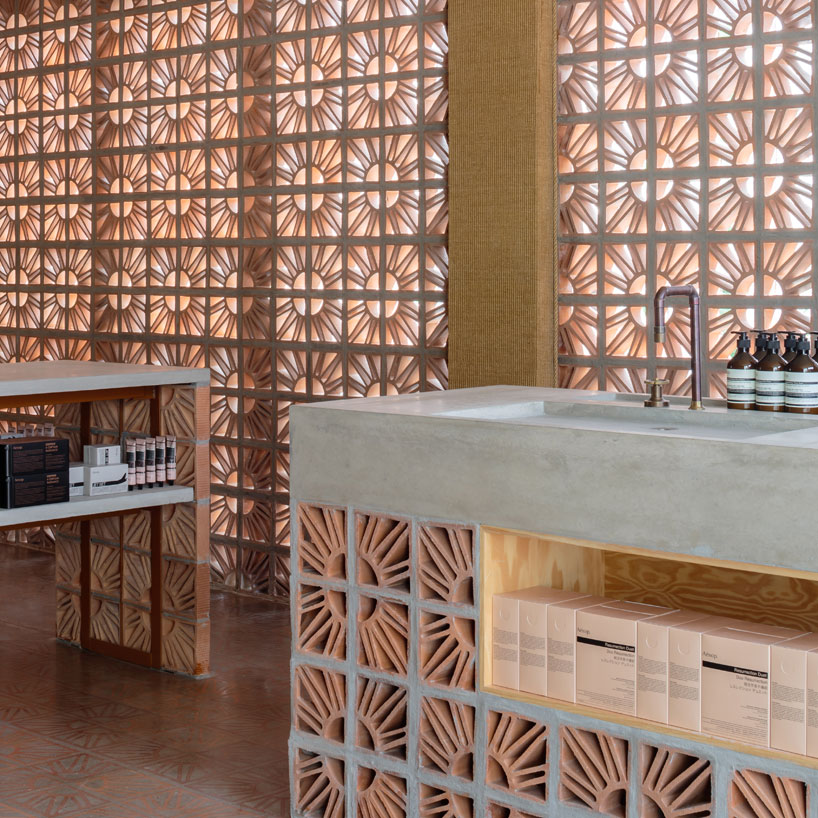 the interior is informed by a natural, earthy palette

the interior is characterized by its natural, earthy palette, illustrated in the continued use of cobogó brick seen in the walls, ceiling, flooring, counter-tops and product displays. a graphic effect is created from the brick and at the same time, forms a complement to the concrete counter-tops and the main sink area. 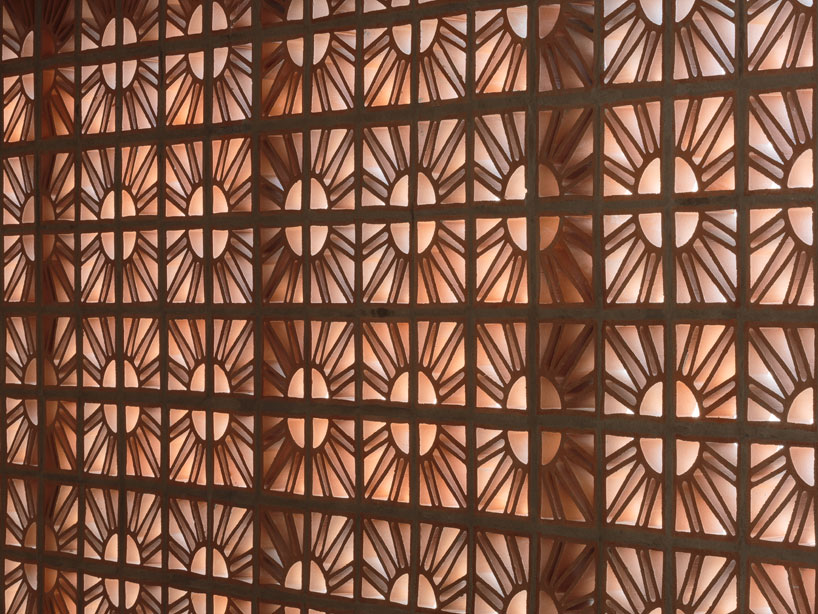 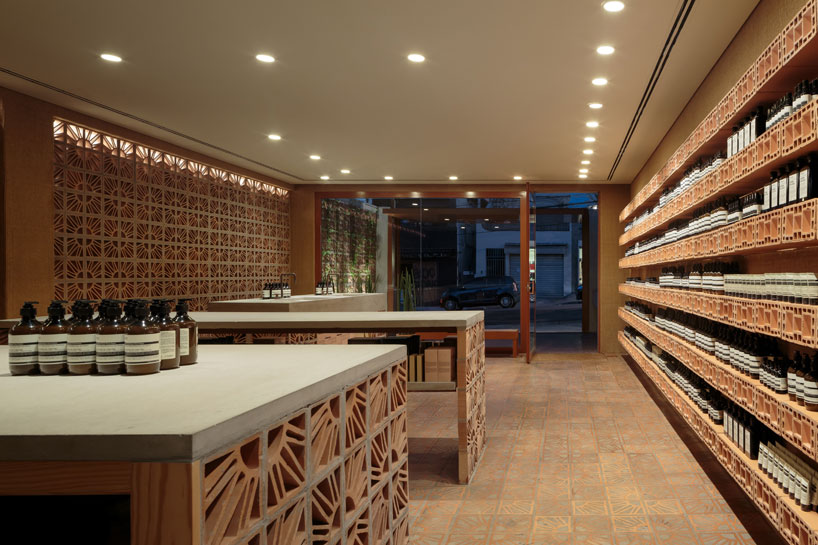 the store is the second in the brazilian city 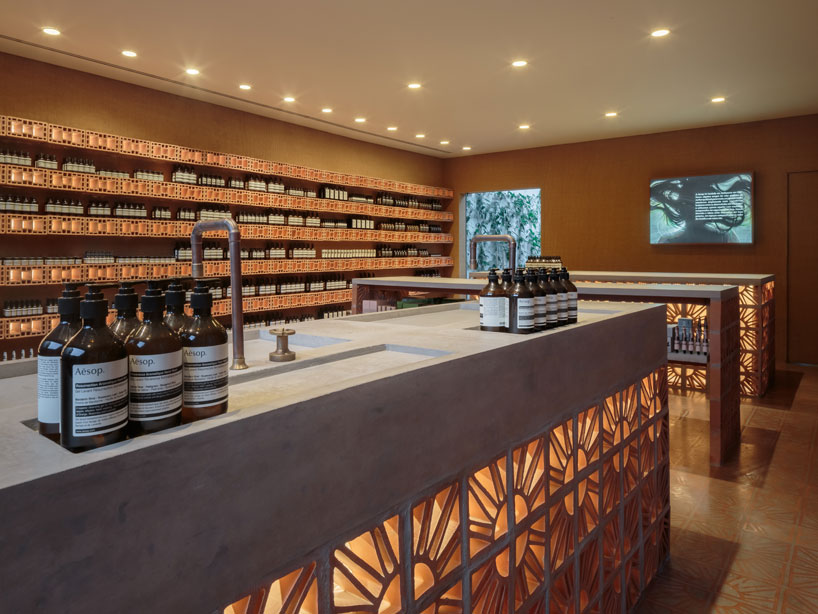 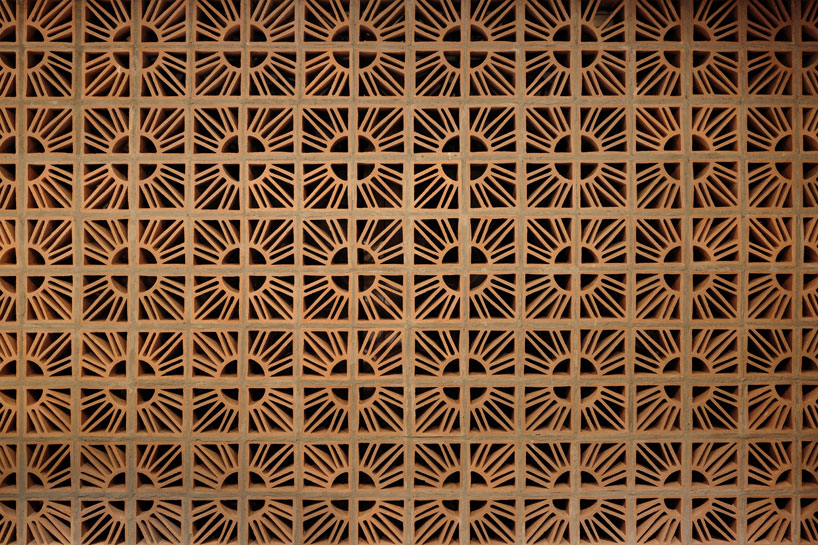 the graphic pattern is created by the stacking of the blocks 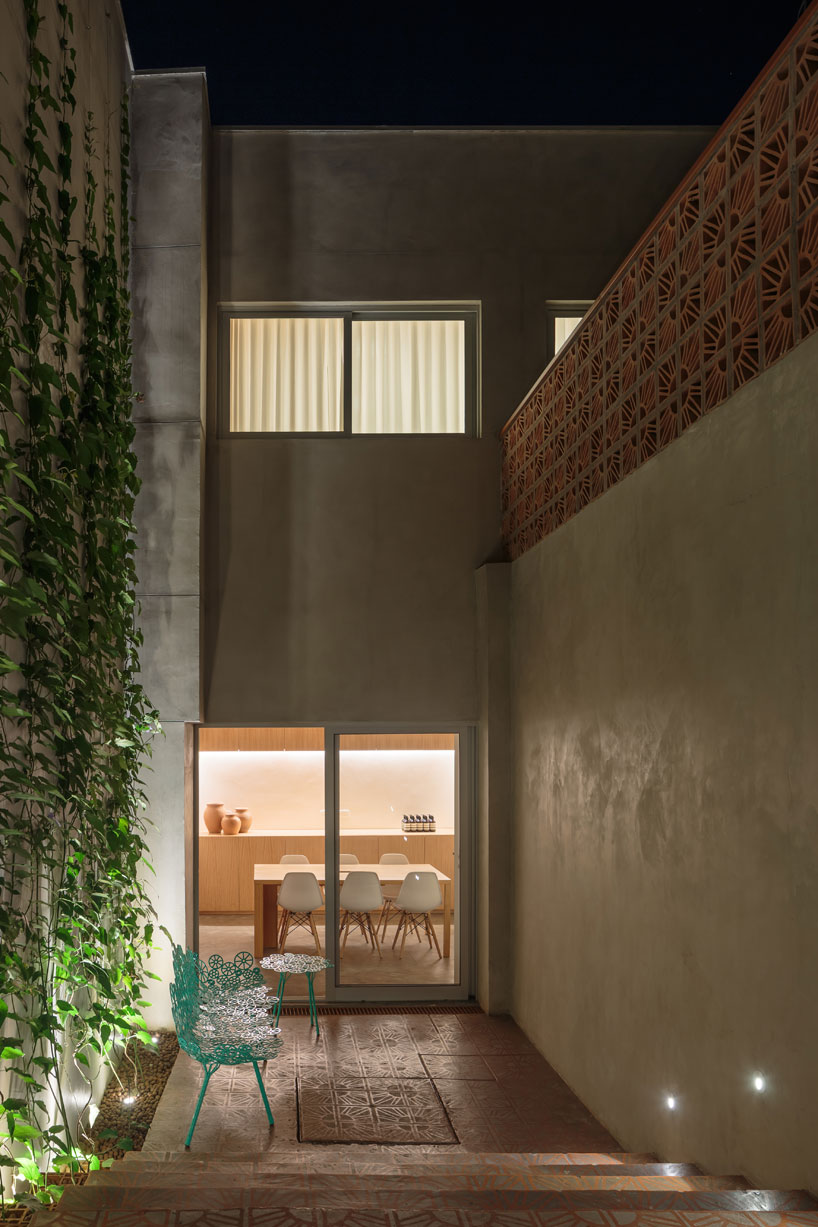 during the day, the gate transitions into a roof for a modest public square situated between façade and sidewalk 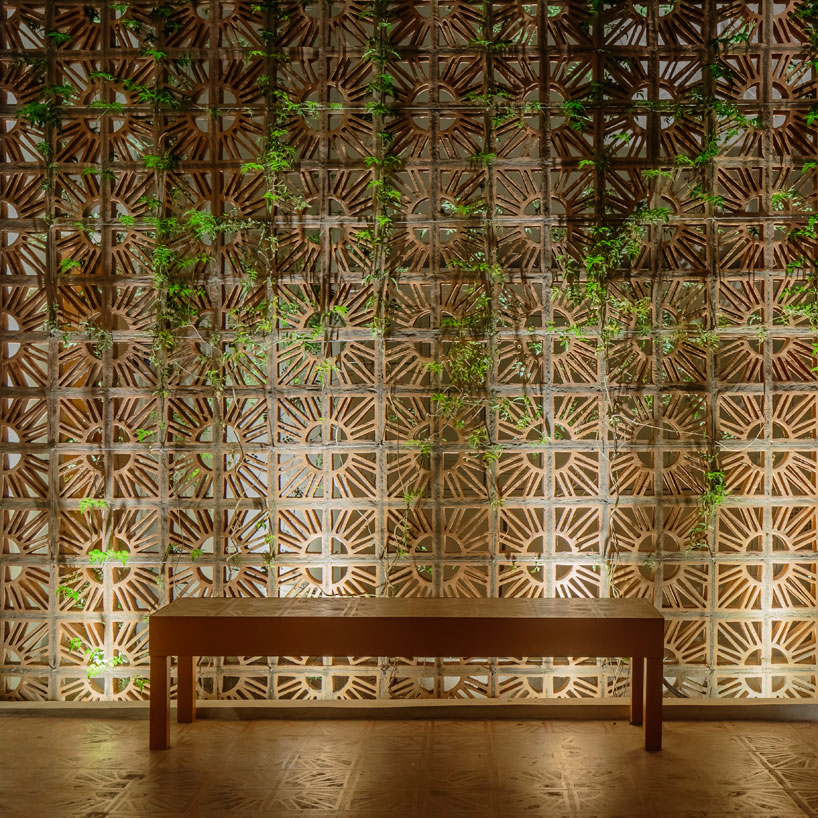 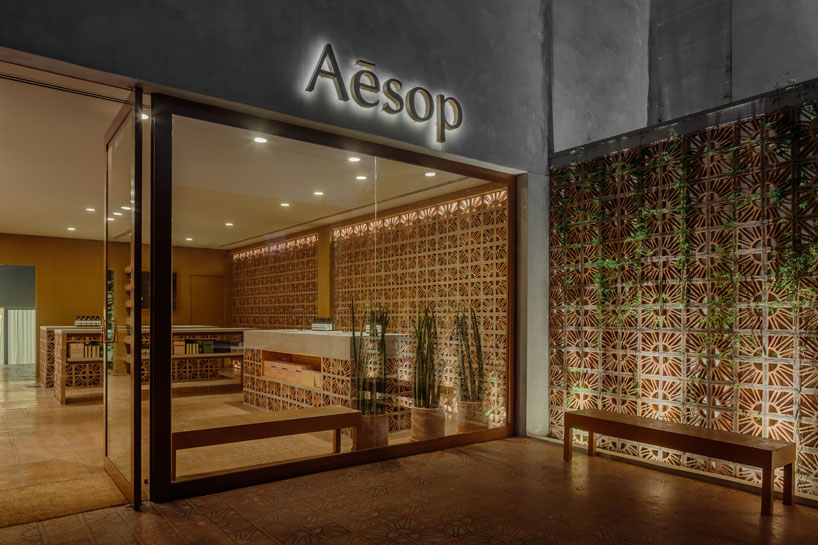 the store is based in vila madalena, home to artists, artisans, designers