the six shortlisted proposals for canada’s national holocaust monument have been unveiled. the memorial, which will be located in ottawa, will be oriented towards the city’s war museum, designed to promote a better understanding of the events of the holocaust and how they have affected canadian history. the project sees a number of renowned names collaborate with daniel libeskind grouped with edward burtynsky, and david adjaye paired with ron arad.

in may 2013, teams of artists, architects and designers were invited to submit examples of their prior work, before the six selected groups were chosen to develop their initial concepts. a seven-member jury composed of accomplished professionals in the fields of art and urban design, a holocaust survivor, and representation from the national holocaust monument development council will recommend the winning design team to the government of canada later this year.

‘I am pleased with the high caliber of the teams that have answered our call through this national design competition. the future national holocaust monument will be a lasting symbol for canadians and visitors to canada’s capital region to remember the horror of the holocaust and how it affected our history.’ commented shelly glover, minister of canadian heritage and official languages.

‘we are one step closer to confirming which team will build the new national holocaust monument. this commemoration project will promote a better understanding of the historical events of the holocaust and how they have affected canadian history—an understanding that will benefit canadians in every community across the country.’ explained john baird, minister of foreign affairs.

see below for further information on each of the shortlisted schemes, and for designboom’s previous coverage of the project, see here. 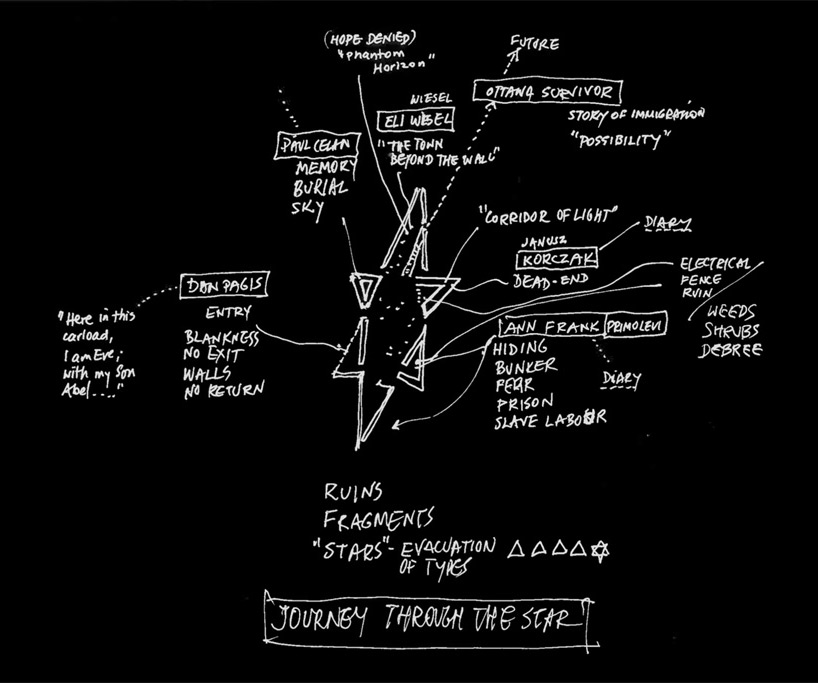 the proposal is envisioned as a place of memory and mourning, where visitors can honor and commemorate the devastating loss of life. the fully integrated scheme brings together architecture, landscape and art in order to communicate the suffering of the victims while conveying a powerful message of humanity’s enduring strength and survival. 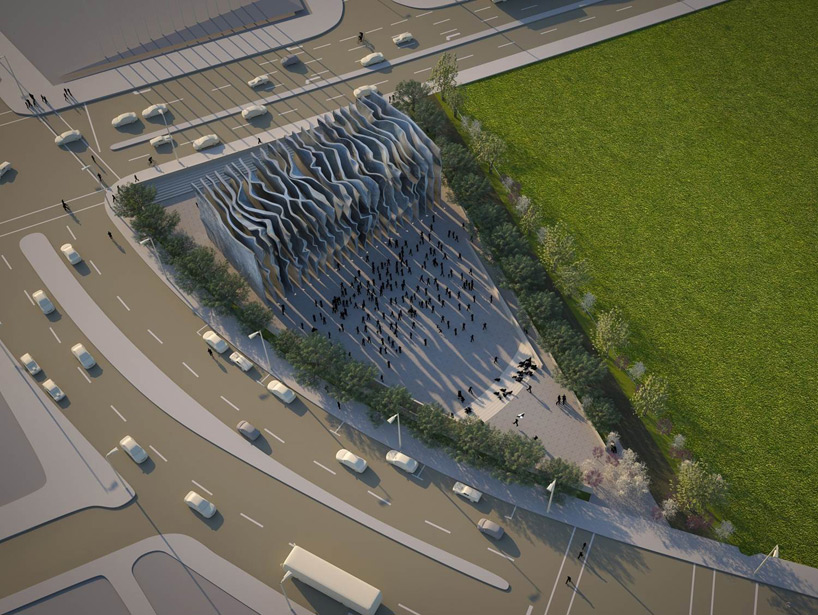 the proposal comprises an array of thin undulating walls

team szylinger’s design comprises an array of thin walls spaced 120 centimeters apart, just enough for a single visitor to pass through. consequently, the journey must be made alone. the higher reaches of these foils are individually articulated through dramatic folds and impressions to create an undulating, and at times frayed appearance. 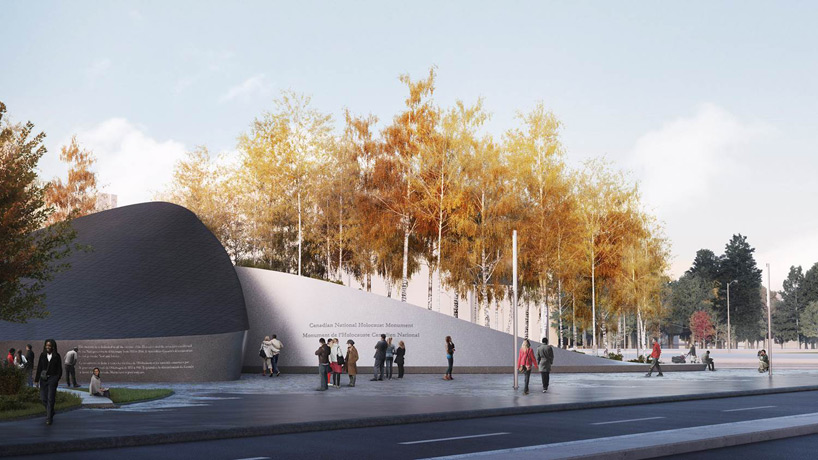 the monument’s forms emerge from the landscape, signifying at once death and renewal

the proposed scheme creates a meaningful connection for all visitors to the site, fusing moving image, sound, and landscape into an all-encompassing experience. rooted in the earth, the monument’s forms emerge from the landscape, signifying at once death and renewal, a grave-like memorial and an emblem of resurgence and rebirth.

team saucier’s monument proposal is envisioned as a geological form emerging from the earth, lifting a portion of the canadian landscape. under the elevated landscape, granite, slate, and weathered steel — representing to the geological nature of the project and the inertia of earth in movement — evoke the memory of the place.

the project represents a world torn in half – the abstract form of the half-sphere is a contemporary marker for those who have perished, for those deprived of their homes, communities and families. 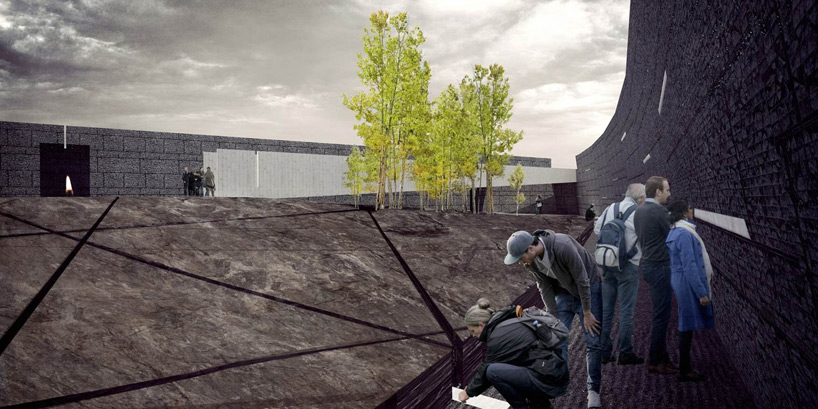 team wodiczko + bonder’s design is intended to reveal the bedrock beneath the surface of the monument’s designated site in order to anchor holocaust memory in the country’s national bedrock. simultaneously, the scheme procides a rich new soil for this memory and for those uprooted by the holocaust by importing soil from former jewish communities in europe.