as part of designboom’s preview coverage of the venice architecture biennale, which has now been postponed until 2021, we’re taking a look at some of the contributions from the biennale’s national participants, and how they are responding to the theme: how will we live together?

here, we take a closer look at canada’s exhibition, titled ‘impostor cities’, which explores how canadian cities double as other places onscreen. led by montreal architecture and design practice T B A and david theodore of mcgill university, the project team probes new ways to recognize, organize, and experience the built environment. although the opening of the biennale has been pushed back, curator david theodore has shared an update on his team’s plans for the exhibition so far. 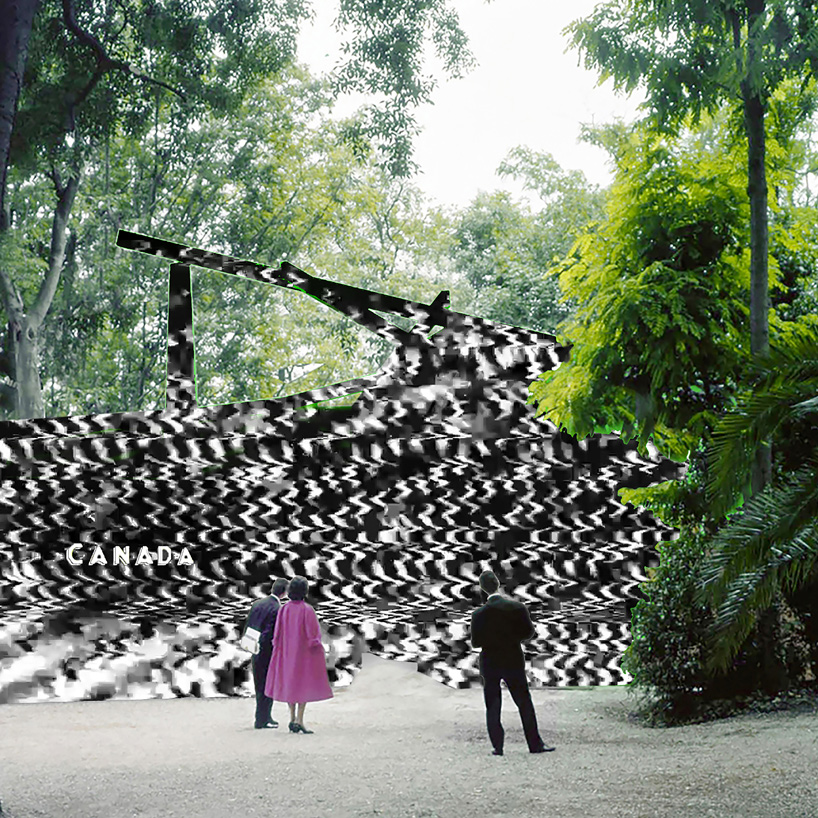 using a green screen, different canadian buildings will take the place of the country’s venice pavilion

although canada’s architecture has appeared in numerous films and television shows, its cities rarely play themselves. toronto has stood in for london and manhattan, while montreal has masqueraded as moscow and paris. using green-screen technology, video supercuts, and immersive sound, the exhibition planned by the canada pavilion visualizes new directions for canadian architecture by celebrating the cities and buildings that pose as these cinematic doubles. ‘impostor cities is about cultural identity, and it’s about faking it,’ david theodore tells designboom. ‘it’s about architecture as cinema as a form of new materialism. we’ve been fascinated by the thousands of film and TV productions in canada where our cities double as other cities on screen.’

during the biennale, which was recently rescheduled to open in may 2021, the canada pavilion in venice will be wrapped in green screen material, accentuating the pavilion’s distinct form. impostor cities is collaborating with design firm frog to bring the wrapping to life around the world through social media. using chroma key technology, each week a landmark canadian building will take the pavilion’s place in the giardini, re-imagining this historic garden in venice as part of canada. meanwhile, the pavilion’s interior is planned in three parts: the lobby, the screening room, and the library. the pavilion’s lobby immerses visitors in ‘movie mode’, changing the architecture into cinema. inside, visitors see themselves inside a movie projected on a large screen, digitally composited into a canadian city. 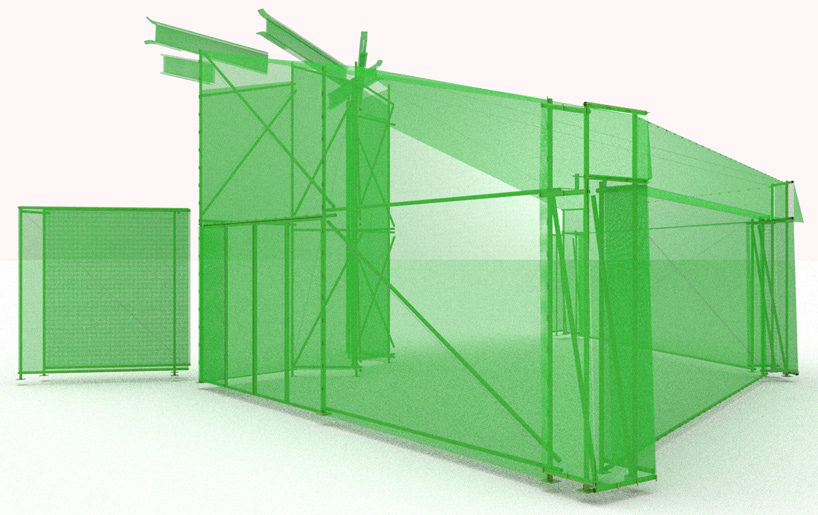 the screening room is a visceral visual and audio experience that encourages visitors to re-imagine buildings and cities as cinematic. the room boasts a four-channel video installation showing 120 clips from over 100 films and television shows, from david cronenberg’s 1969 directorial debut stereo to bruce miller’s the handmaid’s tale. these supercut montages, a reference to a technique popularized in the art world by christian marclay, are looped and choreographed by video editor john gurdebeke. a soundtrack, featuring ambisonic surround sound recordings made in the locations depicted, has been created by randolph jordan and florian grond. randolph carried out the sound curation and recording, while grond was responsible for the multichannel sound installation and the sound mixing.

finally, the library provides an expanded learning experience through books, magazines, and other didactic material. it features video interviews with canadian architects, film directors, and set designers and other film industry insiders. in addition, the special effects studio MR. X will reveal the secrets behind some of their most famous digital transformations. the sequence of rooms was developed in collaboration with A/V integrator éric fauque and graphic designer pawel karwowski. canadian interior design studio atelier zébulon perron directed furniture design throughout the interior. 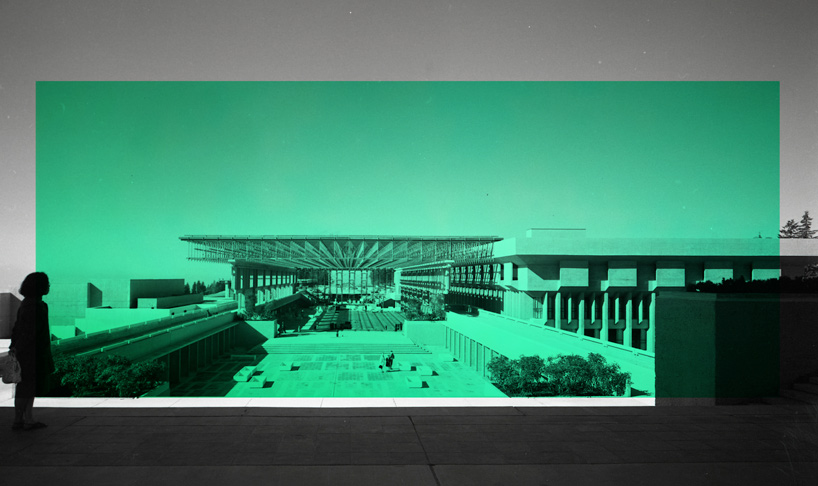 ‘the exhibition is designed to put visitors in ‘movie mode’, continues david theodore. ‘that’s when you start thinking about architecture through screens and movies, rather than through photographs or drawings or through visiting the buildings. we’re designing for visitors who have never been to canada. they might say: ‘hey I’ve seen that film, but I didn’t know it was downtown vancouver.’ so we’re optimistic that we can inspire people to think about what architecture and canadian identity mean in a world connected through media and screens rather than through culture.’ 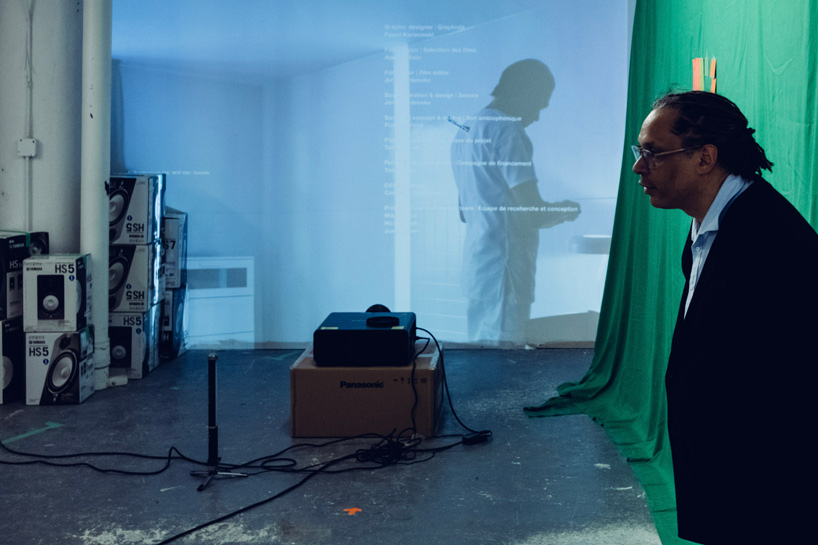 the exhibition challenges visitors to reassess notions of place, identity, and authenticity at a time when artifice in media has become increasingly indistinguishable from reality. ‘we think impostor cities will change visitors’ understanding of what makes architecture powerful, allowing them to question the pieties of architectural meaning as culture, or climate, or geography,’ david theodore concludes. ‘we give them an experience where you can feel with your body exactly how architecture is made from films. more radically, we propose that the architecture we live in together is just this global generic city we experience together on screen.’

as we continue to explore the exhibitions of the national pavilions, ahead of the rescheduled venice architecture biennale in 2021, stay updated with our coverage here. 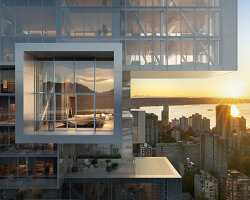 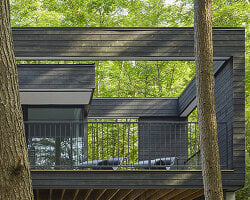 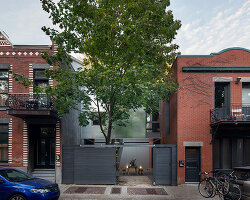 Dec 29, 2021
T B A bridges century-old carriage home with a floating extension in montréal 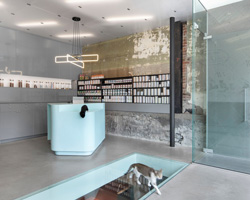