striving to maximize spatial efficiency on a 5-meter wide site on the outskirts of vienna, caramel architekten have arranged the ‘CJ5 house’ with a dense and irregular composition. the result is an elongated white volume, with a roof-line that rises and falls to create a series of valleys and peaks in the building form. the dwelling is comprised of spatially interlocking rooms centered around an outdoor courtyard with an upper level deck. large glazed openings break the structure’s envelope to produce illuminated interiors.

the house takes an irregular profile, fitting onto a long and slender lot
photo by hertha hurnaus

due to the building regulations of the urban area, properties typically result in a spatially inefficient structure with an adjacent garden (FAR of 0.2 to 0.4). in an attempt to maximize the spatial potentials of a house, caramel architekten covered the entire 35-meter deep lot with a building, and integrating a courtyard within. this more-dense arrangement results in an FAR of 1.0, and allows for added program and more-open interiors, while maintaining the desired outdoor areas. 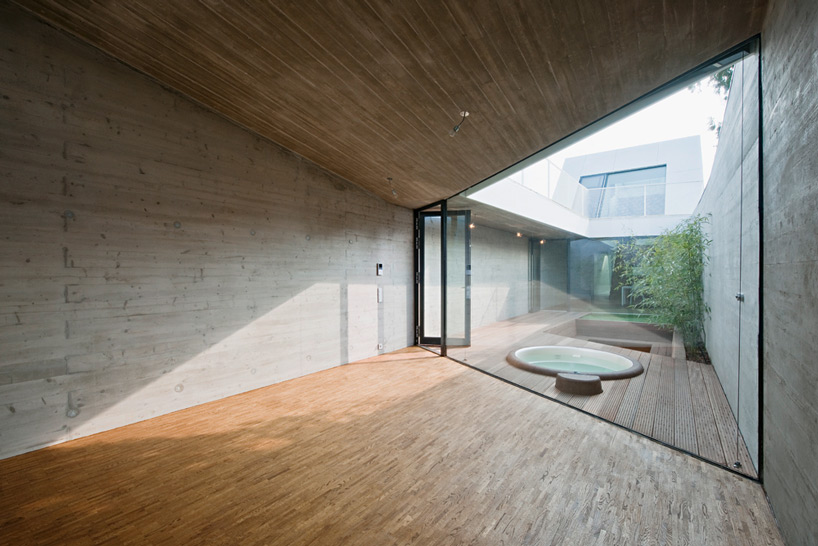 the white exterior surfaces translates to the interior in the entry studio/garage, as well as in the basement cinema. alternatively, the living, kitchen, bedroom, and office areas feature wood flooring and concrete walls and ceilings with a board-formed finish. 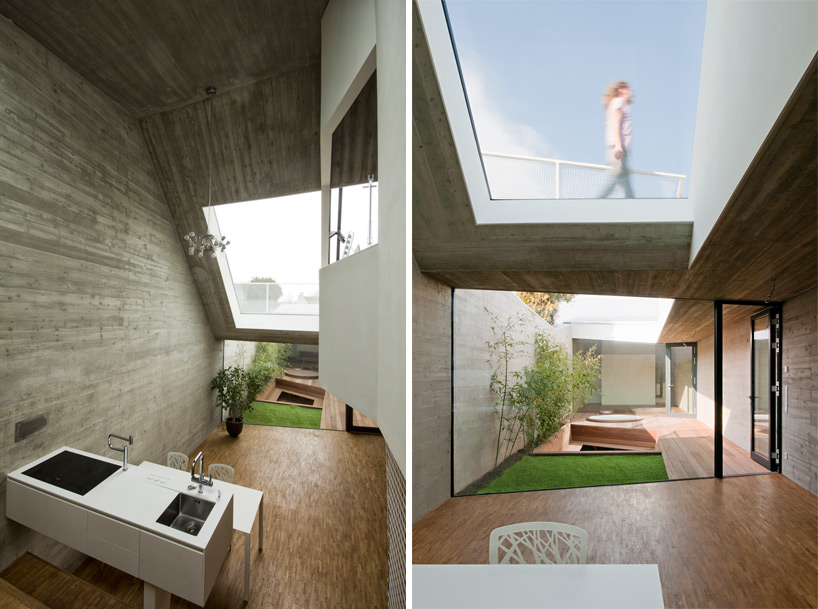 in regards to reduced energy usage, the house is almost completely independent from the power grid. insulation has been carefully composed to reduce mechanized environmental conditioning demands. the systems include an air-to-water heating pump, and photovoltaic panels are integrated onto the south facing roof areas. 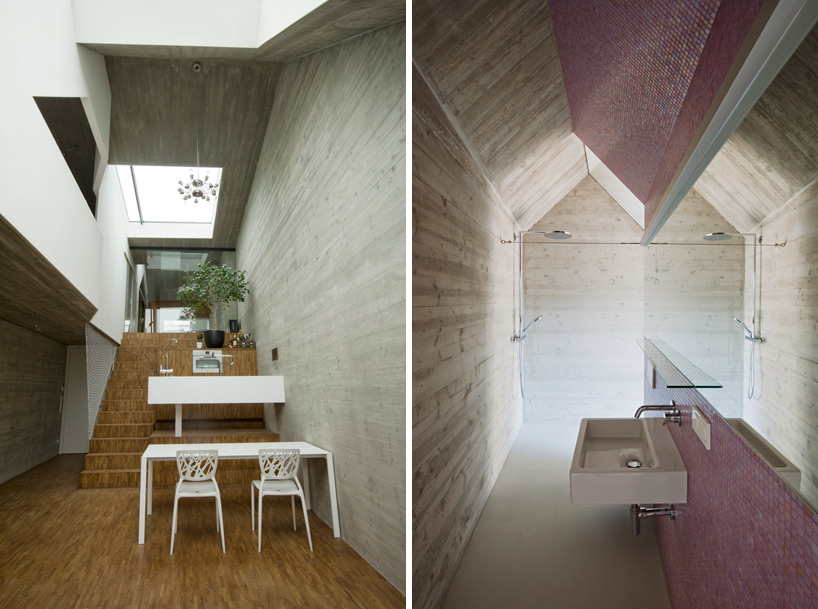 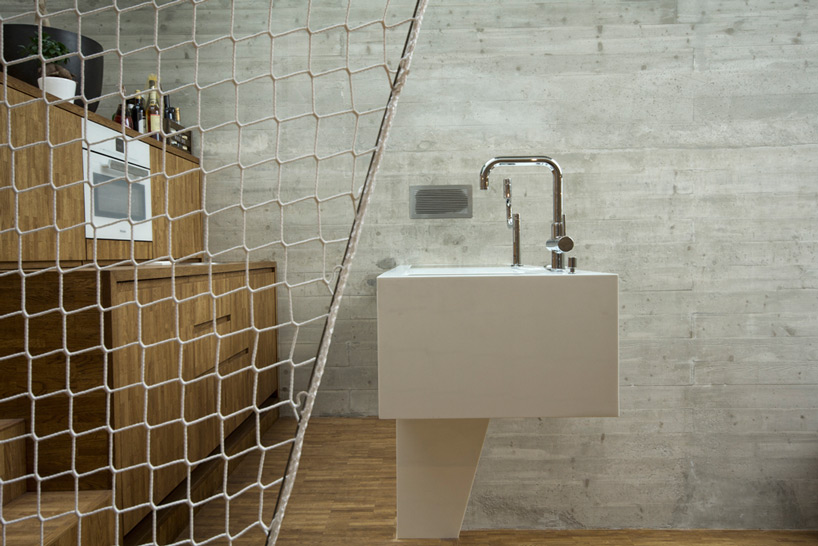 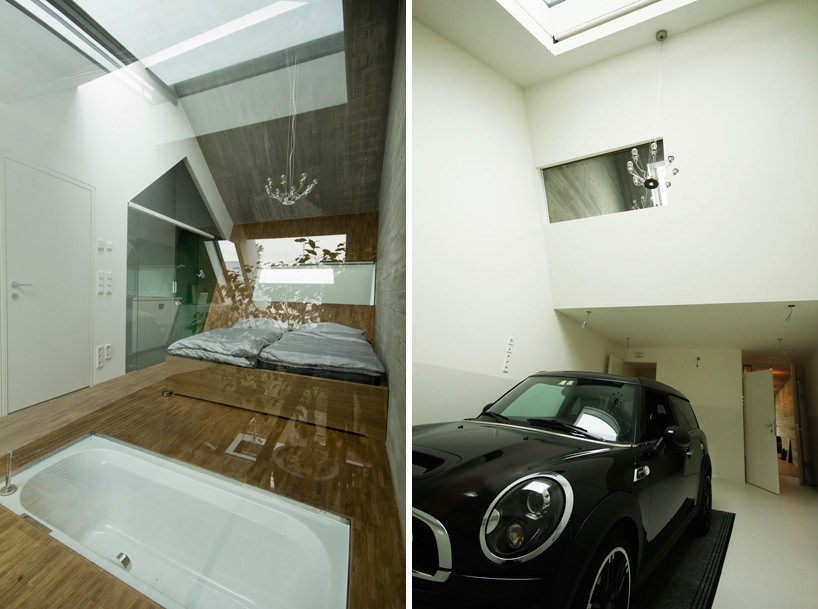 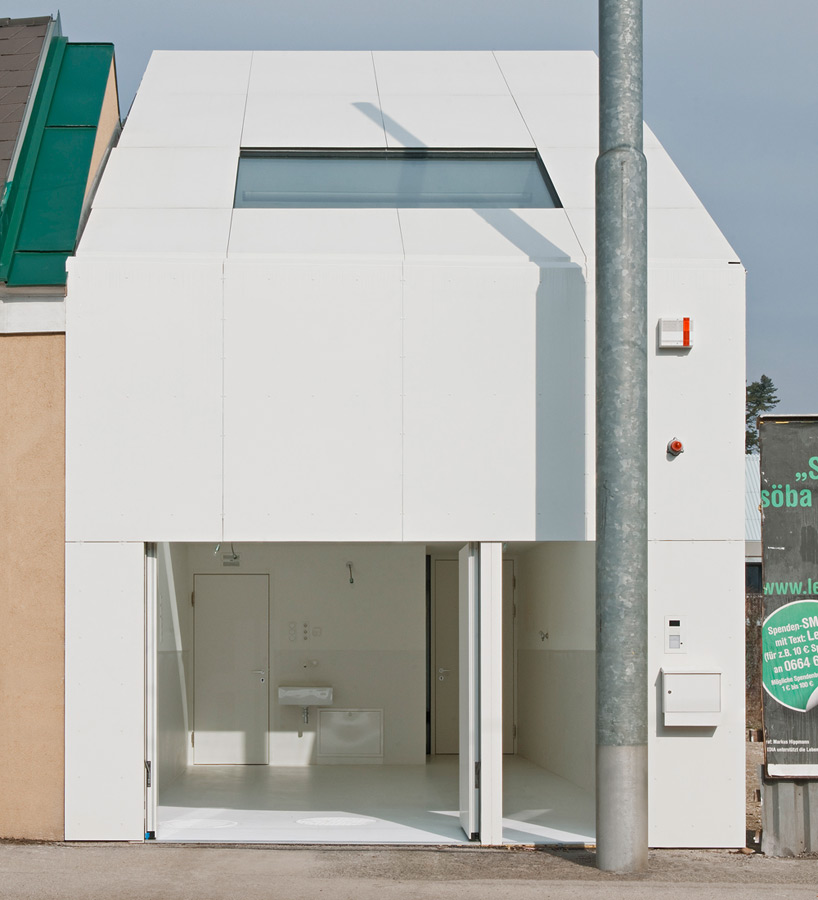 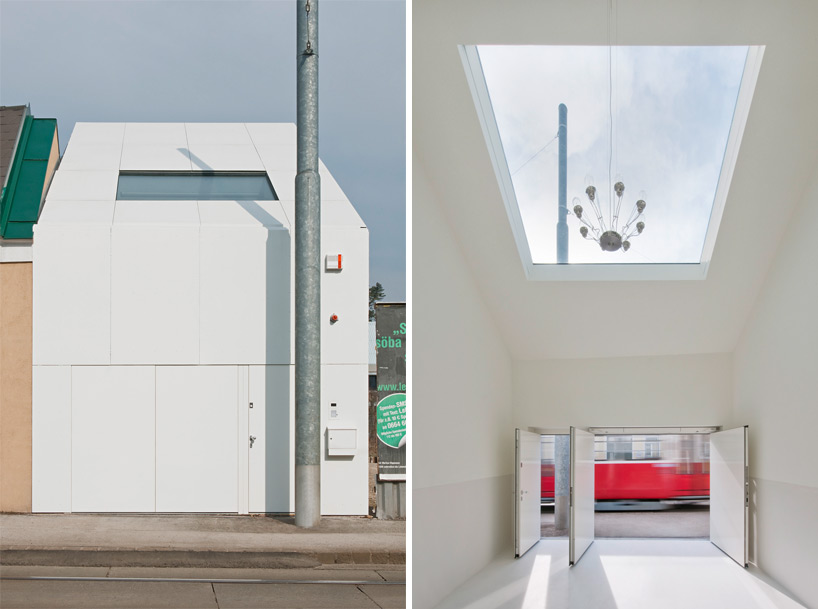 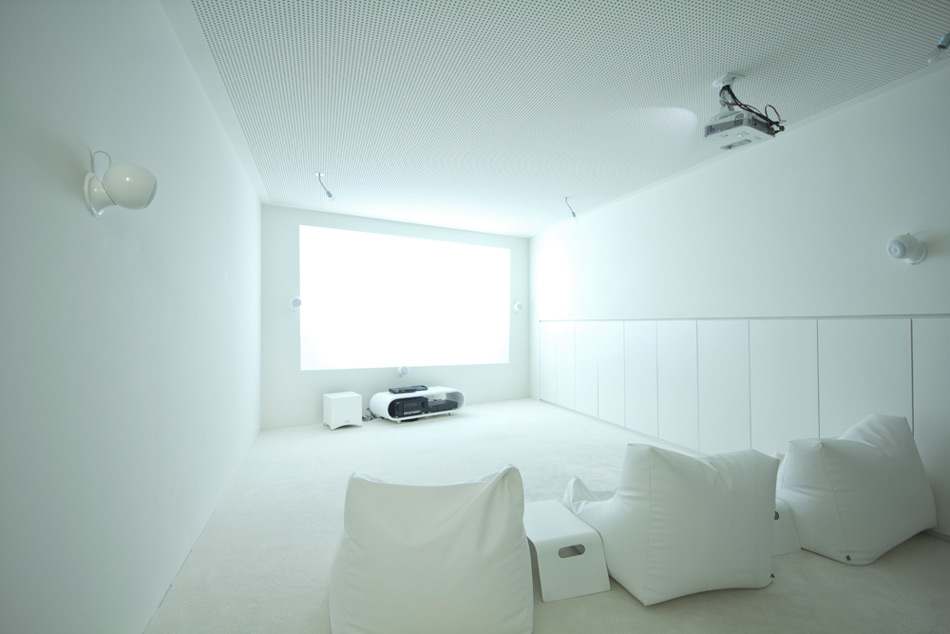 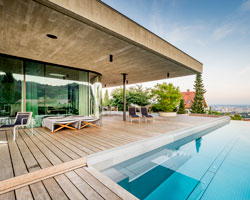 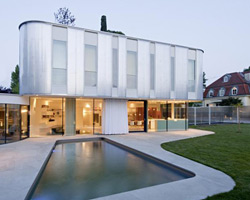