a year on from the blast that devastated beirut, lebanese architect carlos moubarak envisions a memorial park dedicated to both the victims and the survivors. on august 4th 2020, the city was left shattered when improperly stored ammonium nitrate exploded at beirut‘s port. over 200 people died, thousands were injured, and some 300,000 people were displaced from their homes. 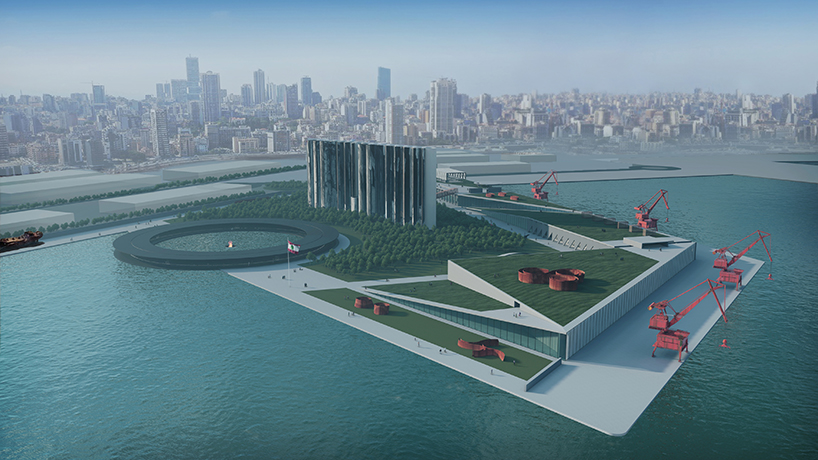 carlos moubarak seeks to restore beirut’s historical connection to the shore with this conceptual design. based on societal, urban and architectural considerations, the project aims to create a dynamic and participatory, sensitive and spiritual memorial. 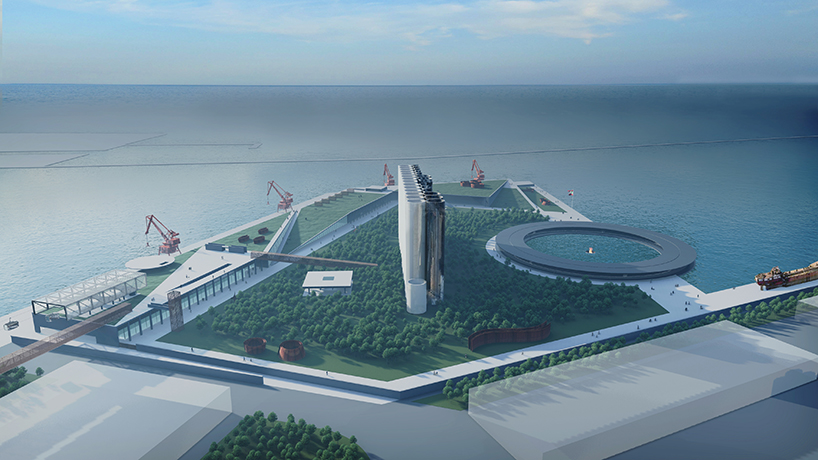 the proposed masterplan occupies the port site around the blast scene. the grain silo ruins and the explosion’s epicenter provide the focal points around which different elements of the memorial are curated. emerging out of the ruins, the project is envisioned as a green public park that fuses architecture, landscape, and infrastructure. 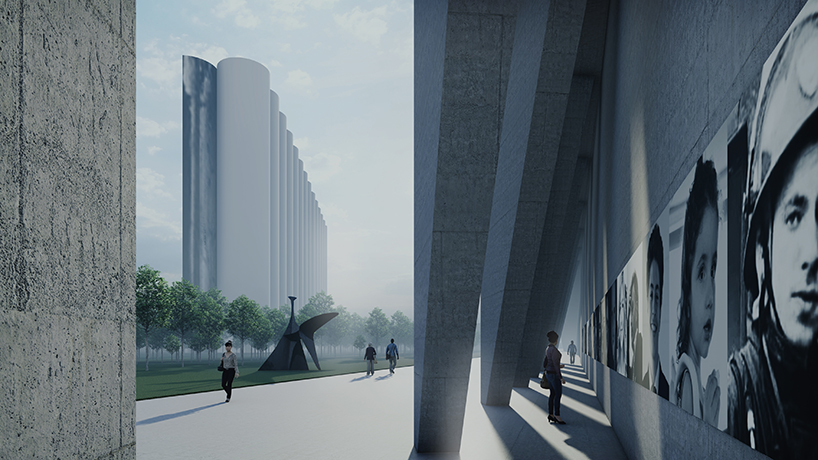 the design integrates the activities of both the memorial park and the port. the layout is organized on two connected outdoor levels, each of which provides contrasting visitor experiences. while the upper plateau offers an outlook on the port activities and panoramic views of the sea and the city skyline, the lower plateau integrates the park’s more serene and introspective spaces. the destroyed eastern part of the dock, once the epicenter of the explosion, hosts the centerpiece of the memorial park: the remembrance ring. 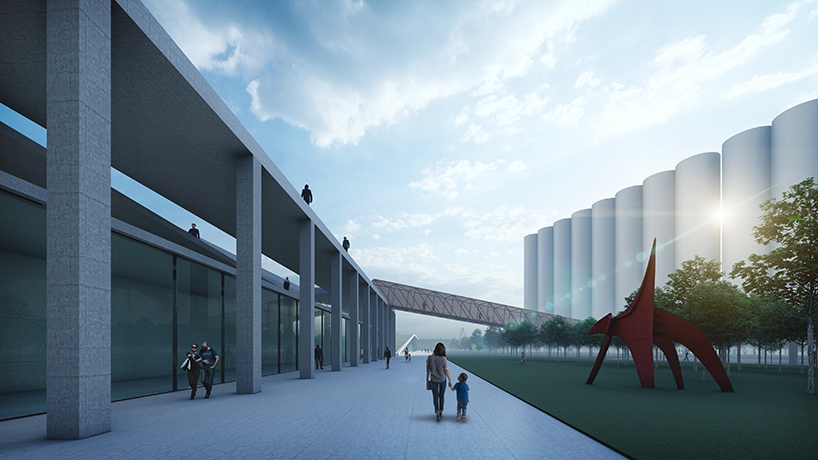 radiating out from the blast’s epicenter, the remembrance ring is a circular object that symbolizes unity. with an outer diameter of 120 meters, the black concrete monument hovers above the exact location of the massive crater left by the explosion. contrasting spatial sequences lead to the ring’s central space dedicated to the victims. 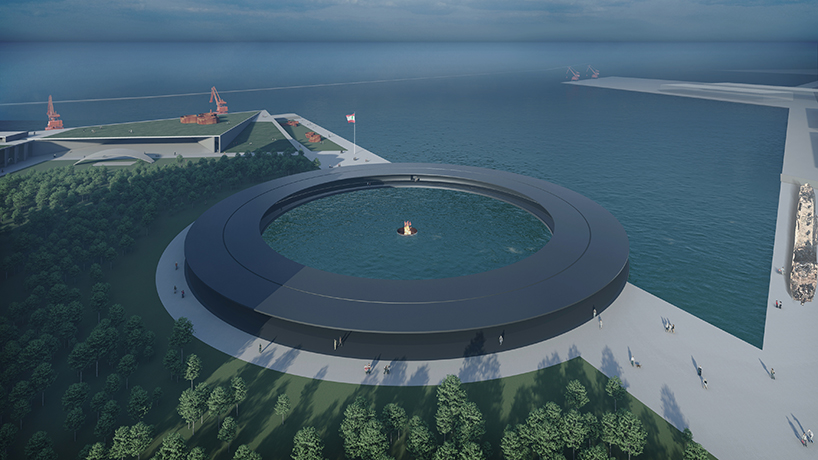 other elements of the memorial park unfold around the massive silo ruins, systematically framing views of it. envisioned as a vast open platform for artistic and cultural expression, and as a place for social interaction and cohesion, the park’s main program is composed of various cultural facilities. the program also integrates a series of warehouses dedicated to port services. 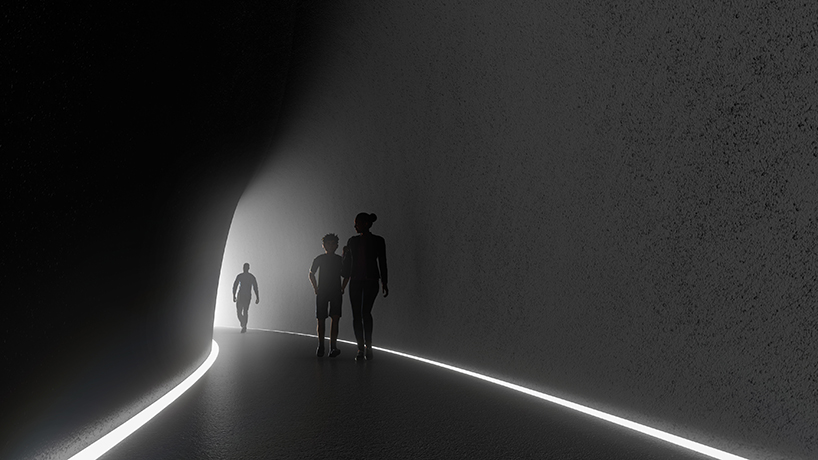 the park’s public access is provided directly from an intermodal mobility hub to be located in the heart of the city. the main link is a pedestrian and cyclist bridge that spans the highway that separates the residential areas from the port grounds. a complementary sky tram is designed as a shuttle to access the site while a roof helipad is integrated into the park’s design for drone taxi services. 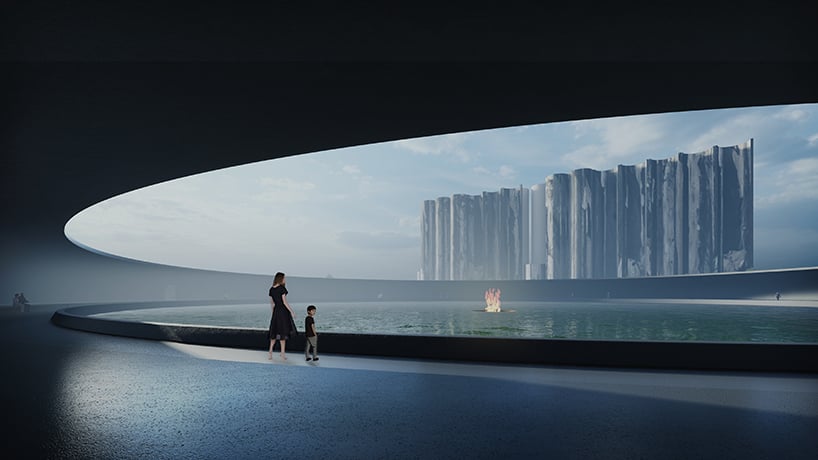 beirut memorial park is conceived as a major urban project that falls in line with an integrated and people-centered vision of the capital’s future sustainable model of reconstruction and development. offering beirutis a new public space and a much needed large-scale green park, the proposal aims to restore the capital’s historical connection to the shore in an innovative way, reintroducing the waterfront experience of a seaside city. 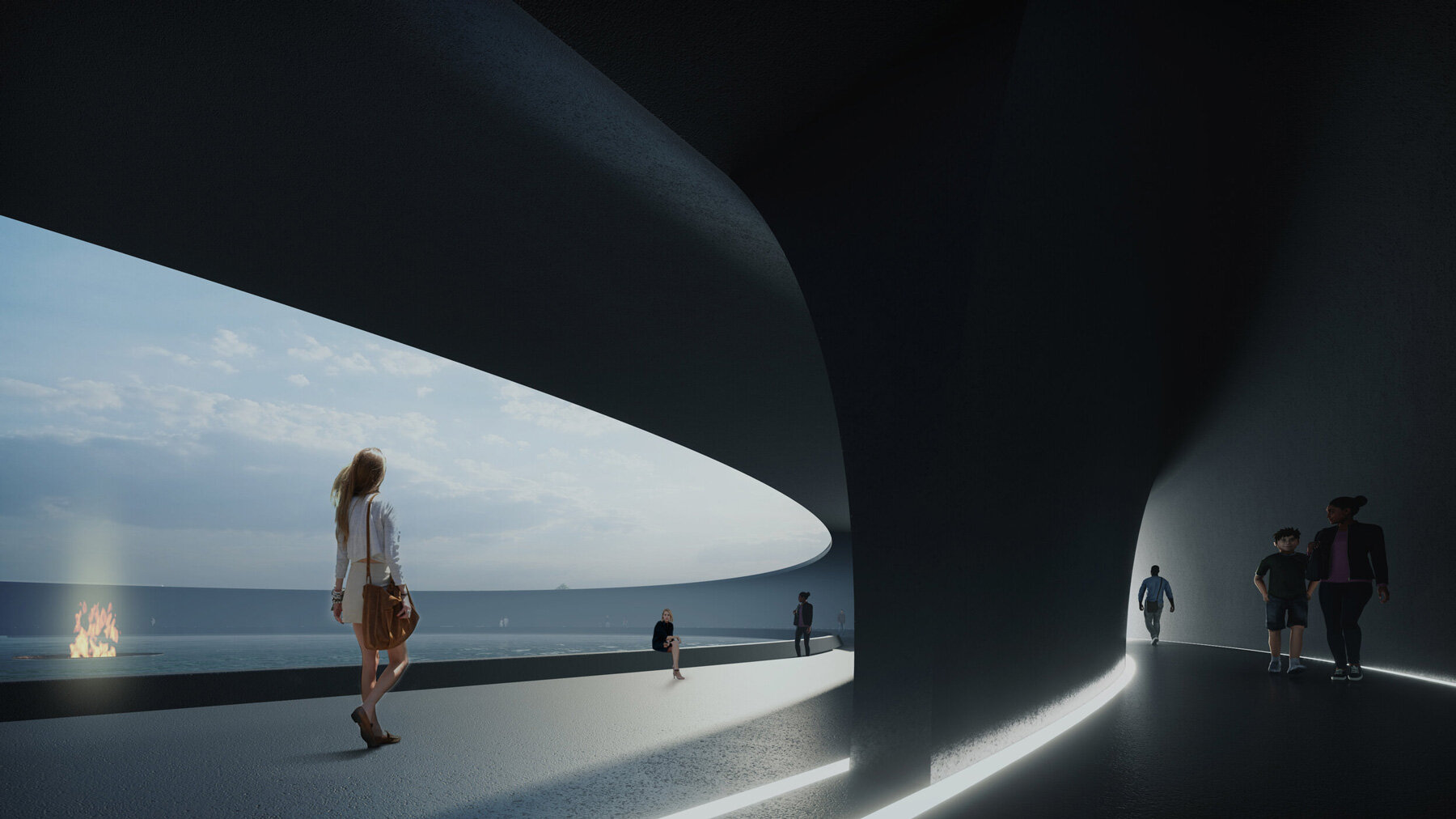 beyond a commemorative monument, moubarak seeks to match the scale of the disaster, and to meet the needs and expectations of the people with a holistic and participatory response to the 2020 tragedy. the architect conceived the project from the belief that memorials are critical tools in shaping the values and identity of a society and that great architecture can be a powerful mode of expression, reflecting our collective aspiration as a civilization. 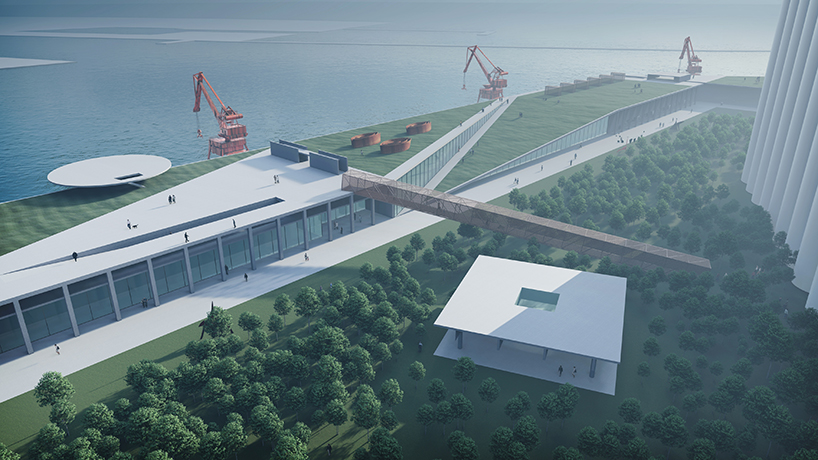 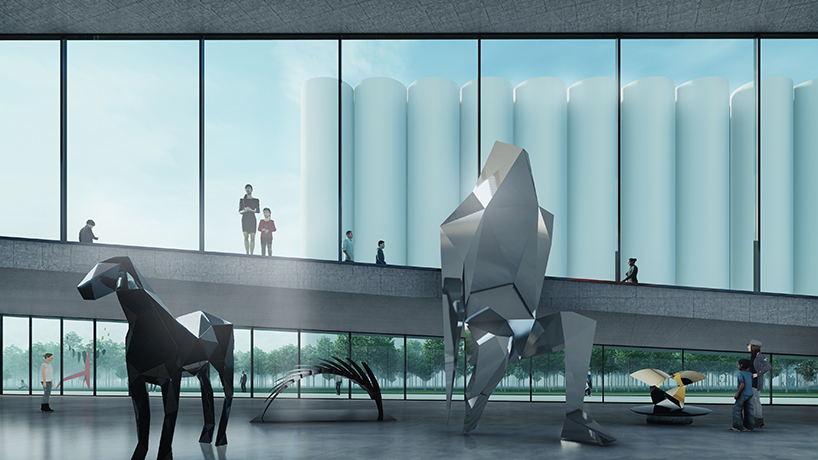 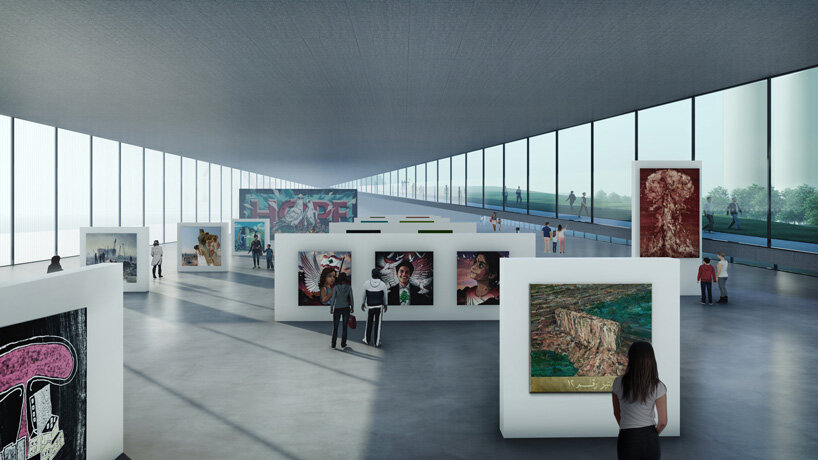 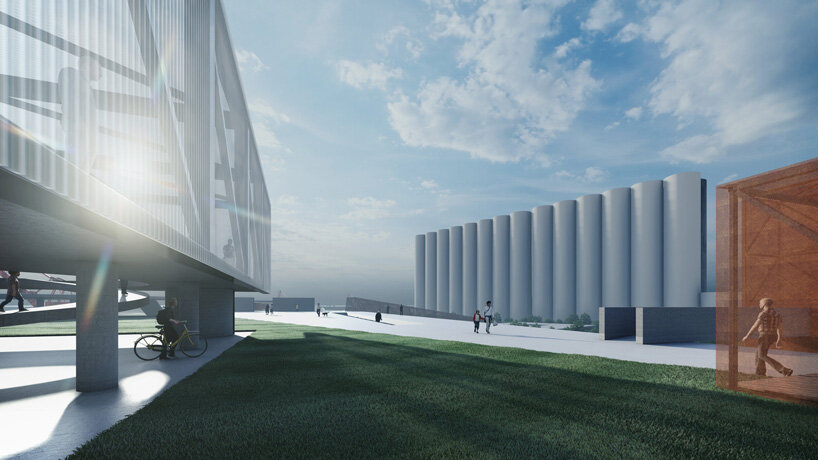 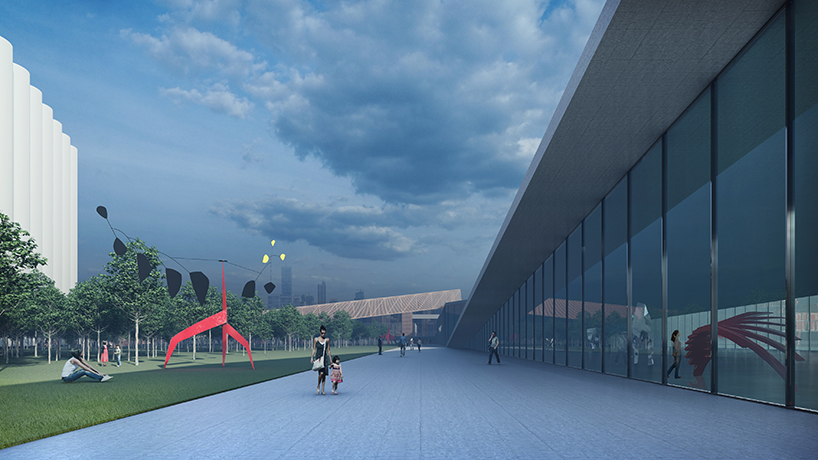 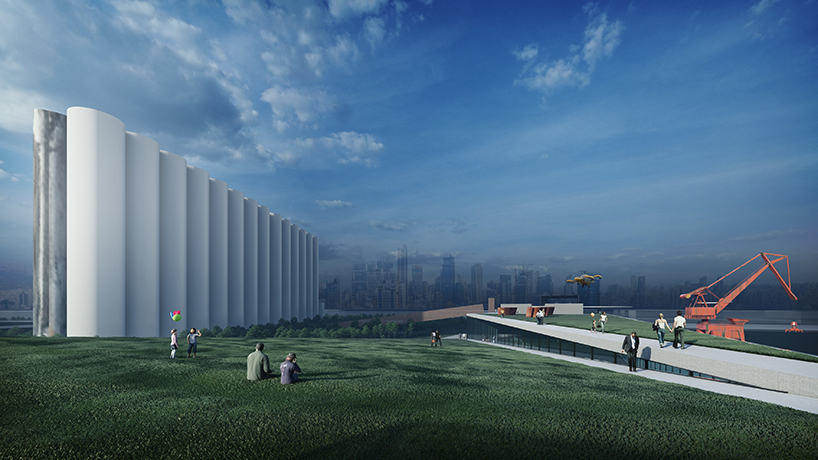 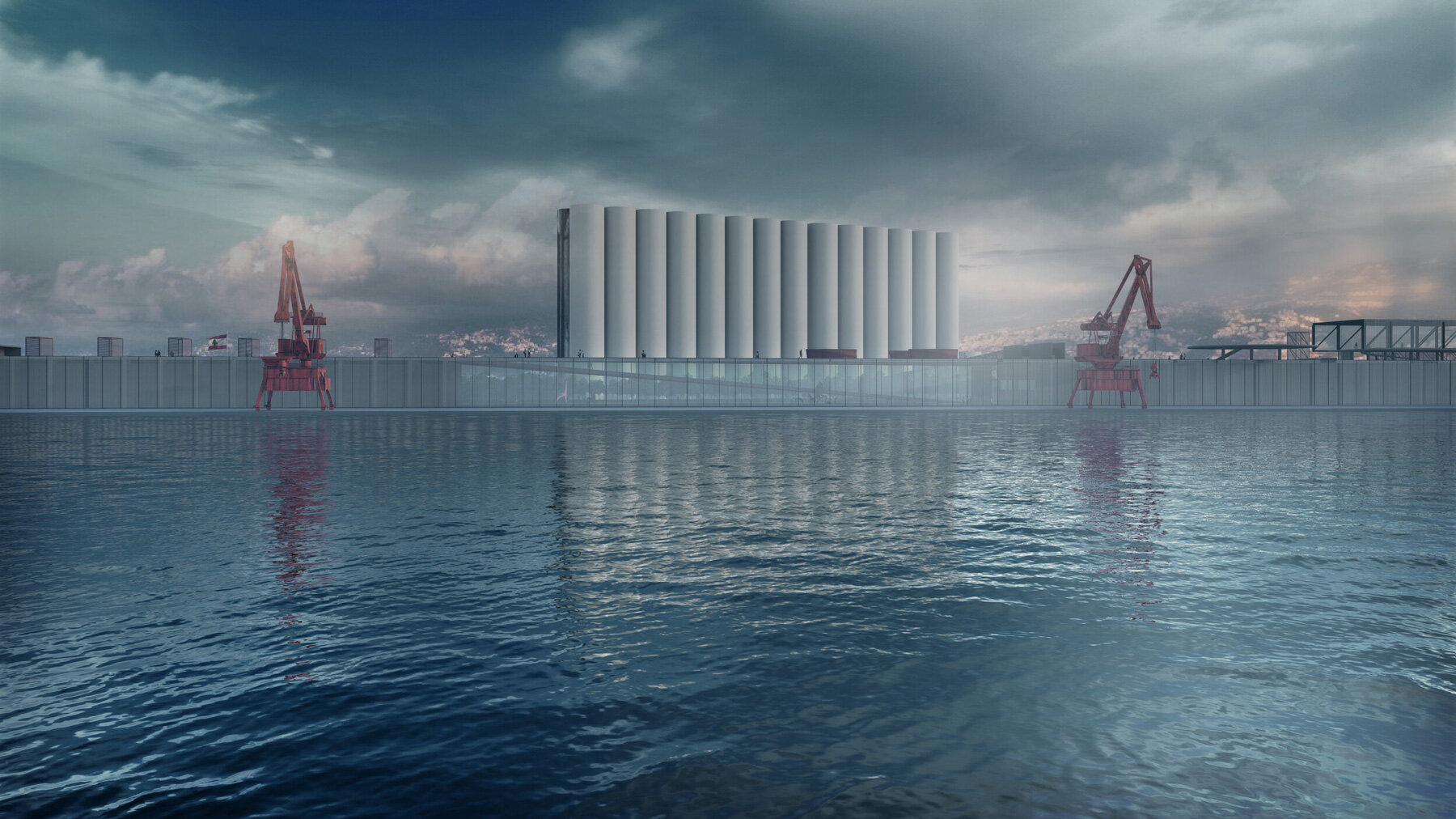 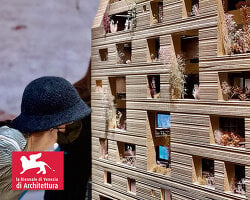