the transparent housing concepts by milano-based santambrogiomilano are designed to be built almost anywhere around the world and allowthe inhabitant to be completely immersed in nature. every component of the dwellings, except for the ground floor, is composed of structural glass pieces. the ‘snow house,’ as the name implies, would be located in colder climates and is constructed of thicker panes capable of withstandinglarger loads, namely from the snow, and will help insulate the interior. with the touch of a button, the special glass panels instantly turn mattefor privacy, and sliding curtains make it possible to further close off specific rooms. the ‘cliff house’ on the other hand contains thinner lighterglass elements as there are no external forces acting upon the structure. elevated over a thin bed of water, the dwelling lets the owner feel as thoughfloating above the ocean seen in the horizon. not meant for dense urban areas, these residences create somewhat of an invisible enclosure that exposesa 360-degree view of the immediate environment. a strict modular grid of transparent columns and beams allows the houses to become flexiblein size accommodating the individual’s needs. 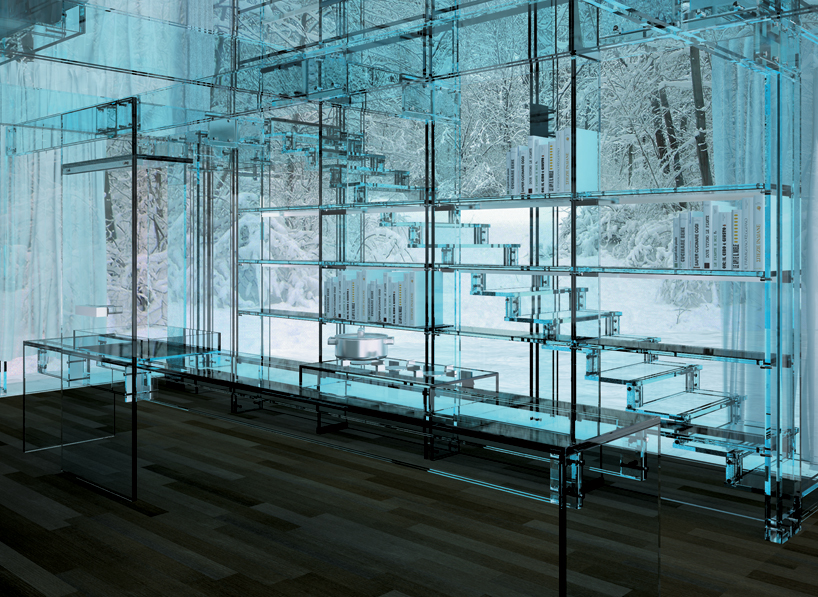 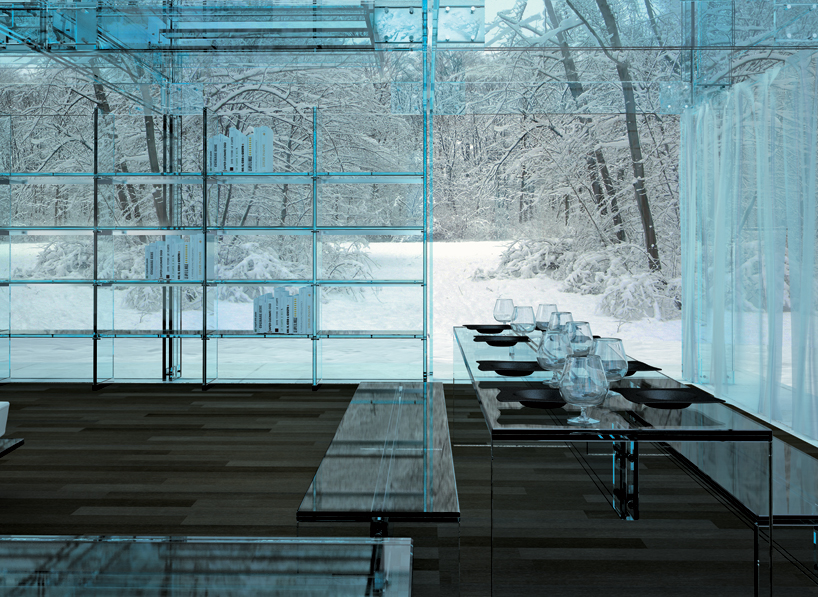 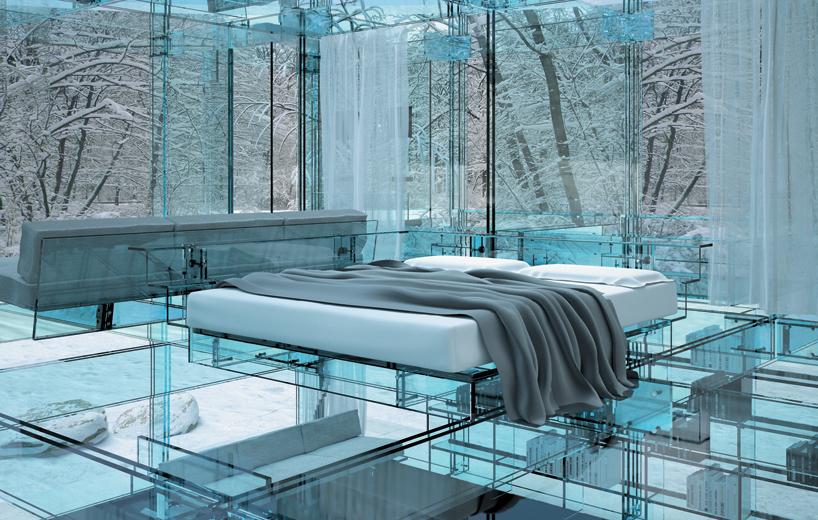 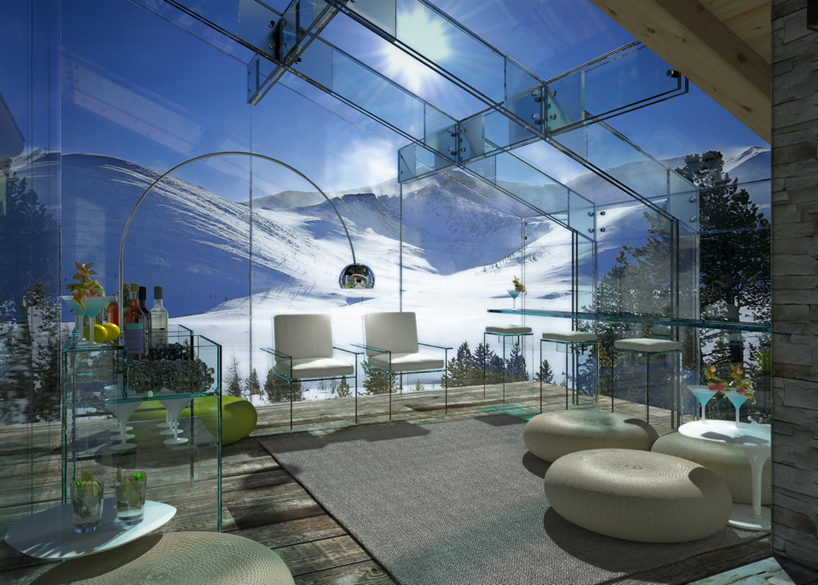 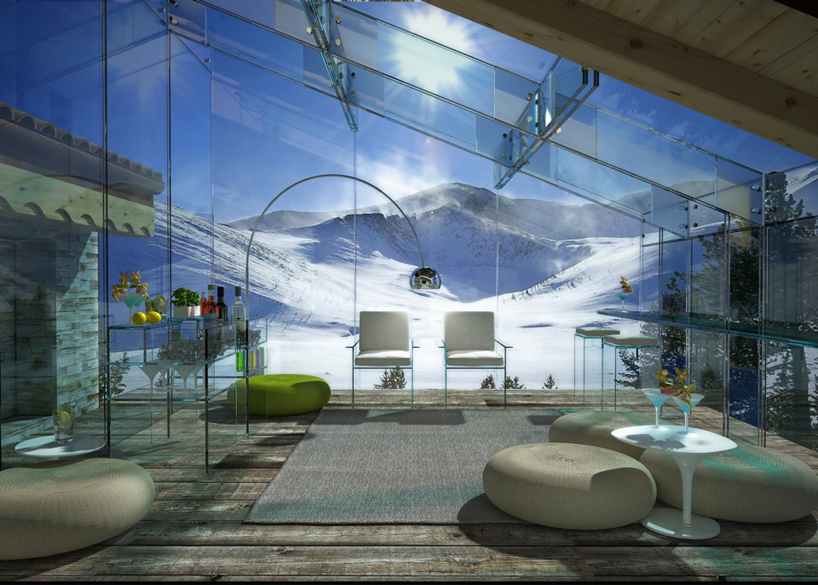 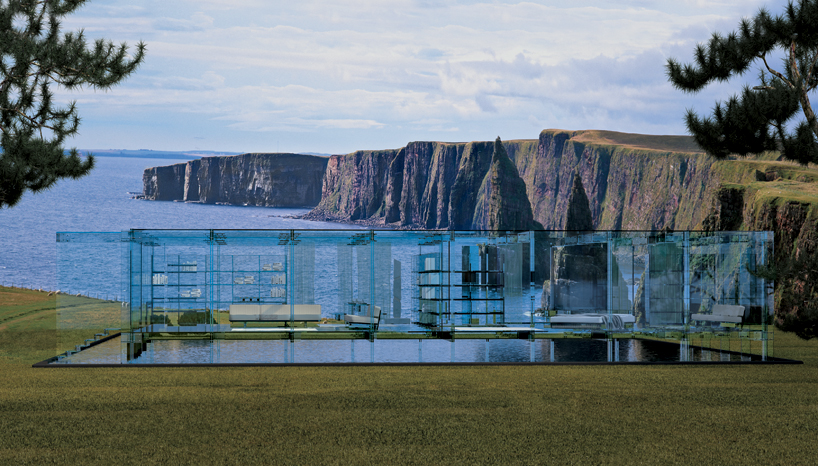 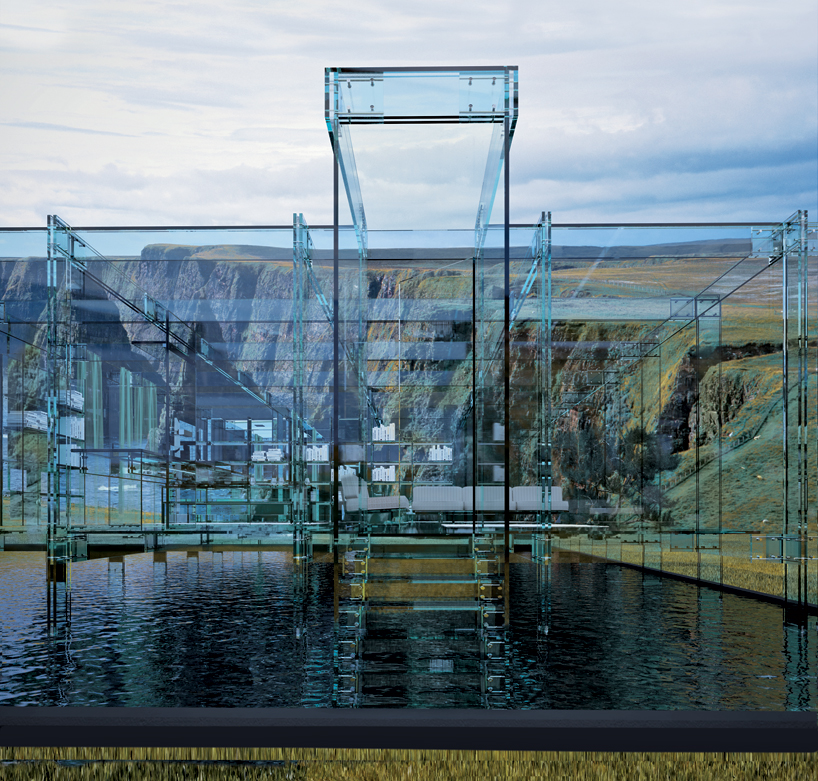 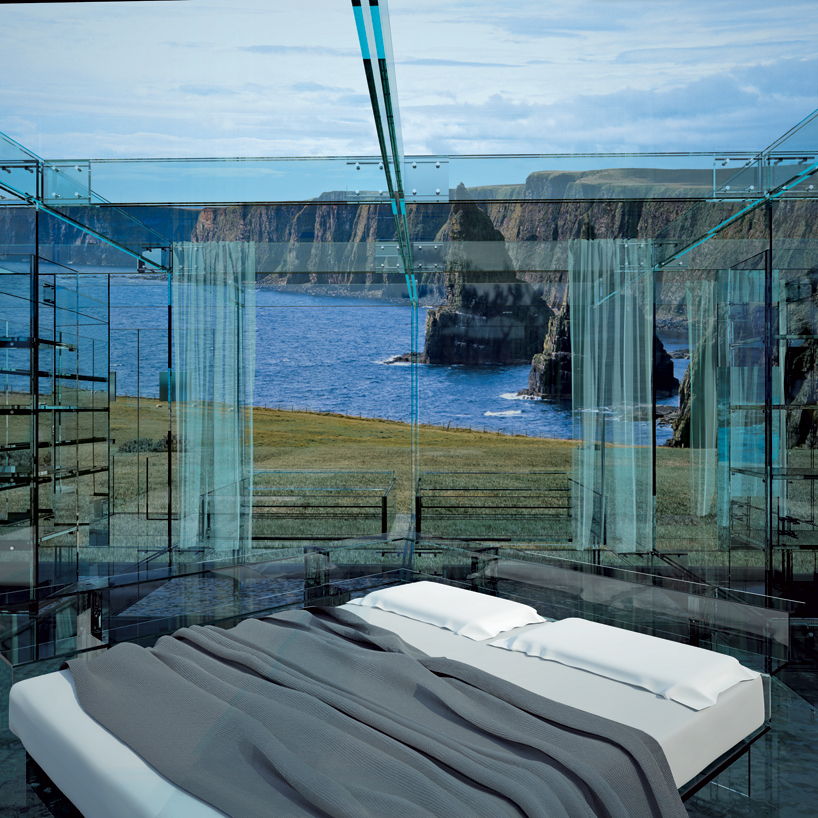