london-based practice carmody groarke embarks on the restoration of ‘hill house,’ one of the most significant works of scottish architect charles rennie mackintosh. a leading figure in the arts and crafts movement of europe’s early 20th century, the designer built the house in 1902 overlooking the river clyde estuary in helensburgh, scotland. with its roughcast walls, slate roof, asymmetrical organization of windows, and lack of historic ornament, the house proposed a radical layout and three-dimensional spatial progression. although the project is expressive of the picturesque traditional scottish style, mackintosh showed clear influence by the current technological advances of modernism throughout europe. 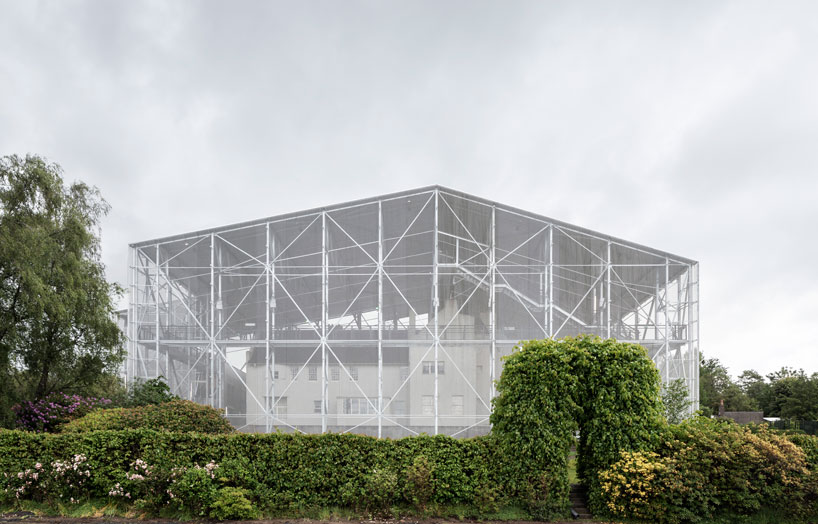 the experimental nature of the design process, with its hybridization of tradition and invention, has resulted in long-term structural problems that call for a major conservation project to help the building survive. rather than deprive the sweeping postcard landscape view of the historic house during its restoration, UK design studio carmody groarke with global firm gardiner & theobald turns toward a more radical approach to active conservation. as an integral part of the process — projected to last nearly 15 years — the project proposes a ‘big-box’ temporary museum to contain and protect the hill house as an artifact on display while maintaining access to the house for visitors. 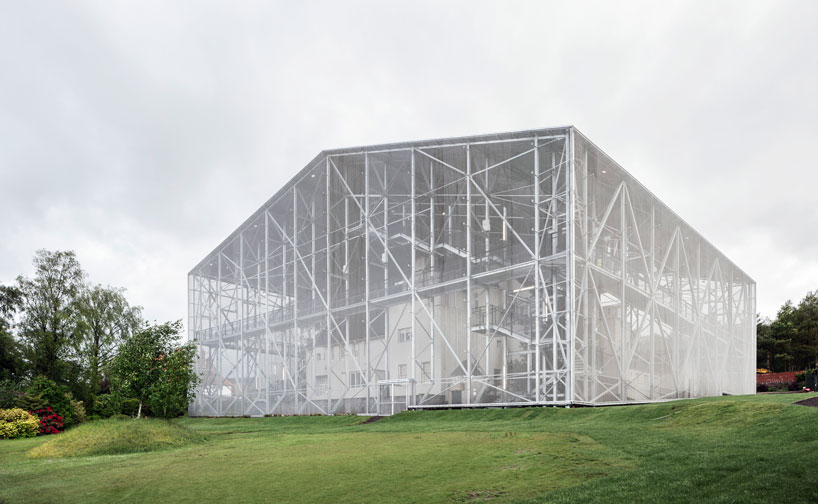 the new museum’s architectural identity will be a massive, abstracted garden pavilion engulfed by a singular box of stainless-steel chain-mail mesh. this semi-permanent enclosure provides a basic ‘drying-room’ shelter to the original house whilst its rain-soaked existing construction is slowly repaired. this delicate enclosure also allows uninterrupted views, night and day, and to and from the landscape to mackintosh’s architectural icon. the cross-braced steel frame is designed to be grounded with minimum impact on the existing terraced garden landscape. 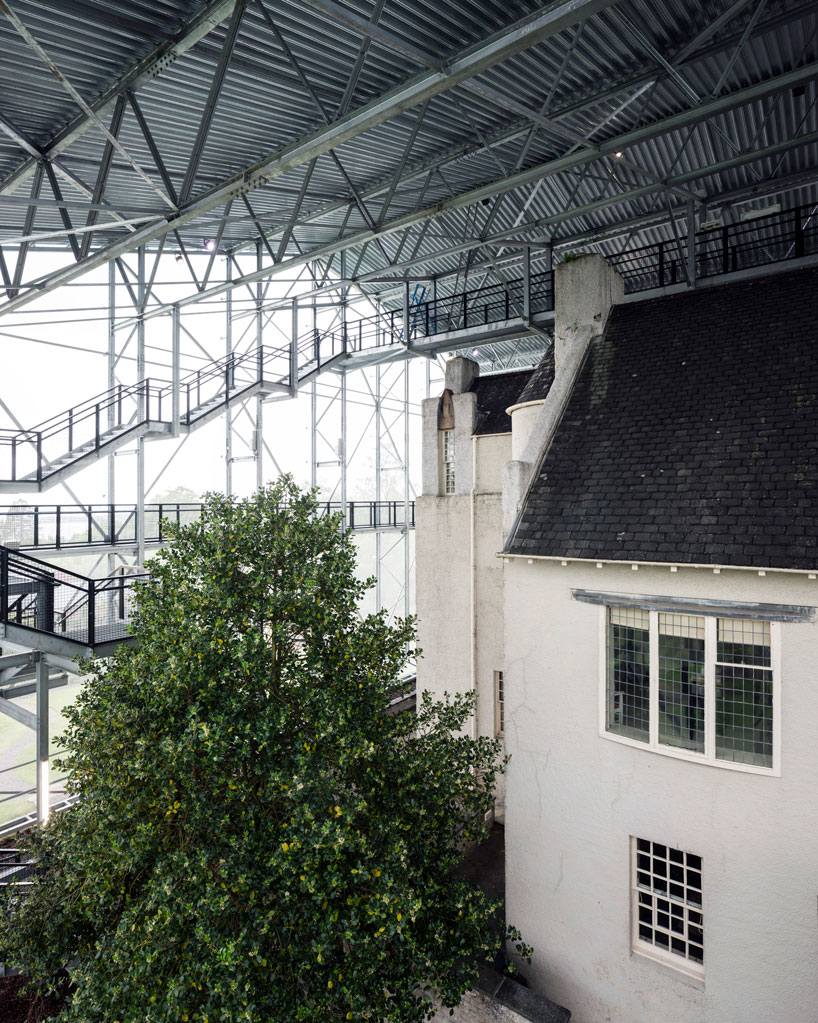 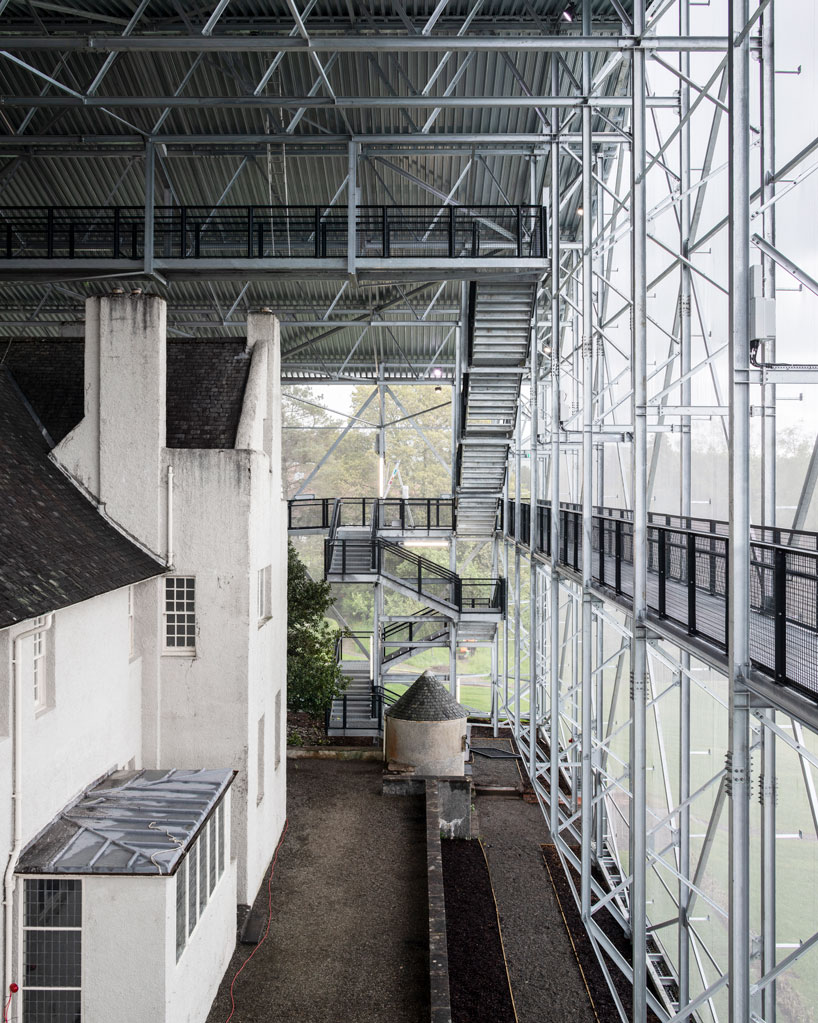 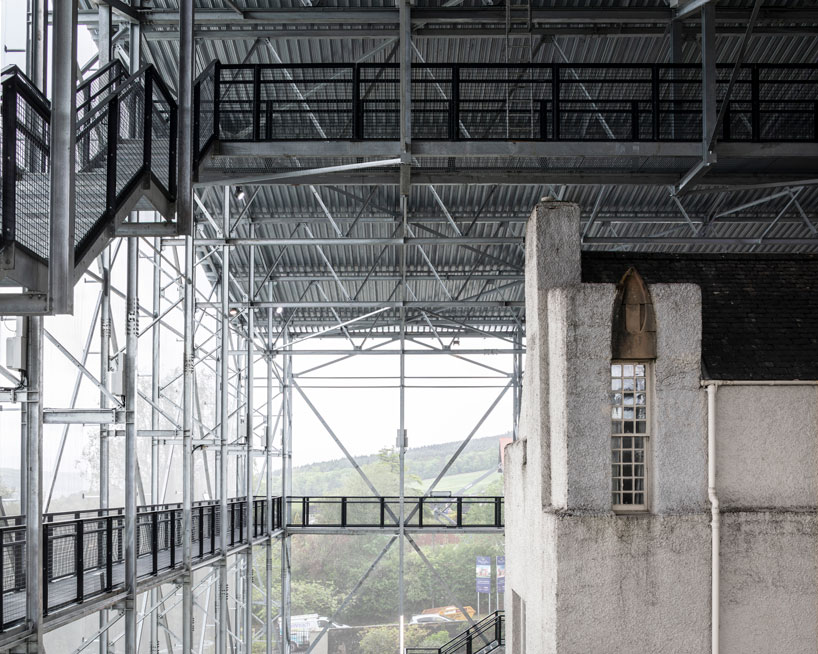 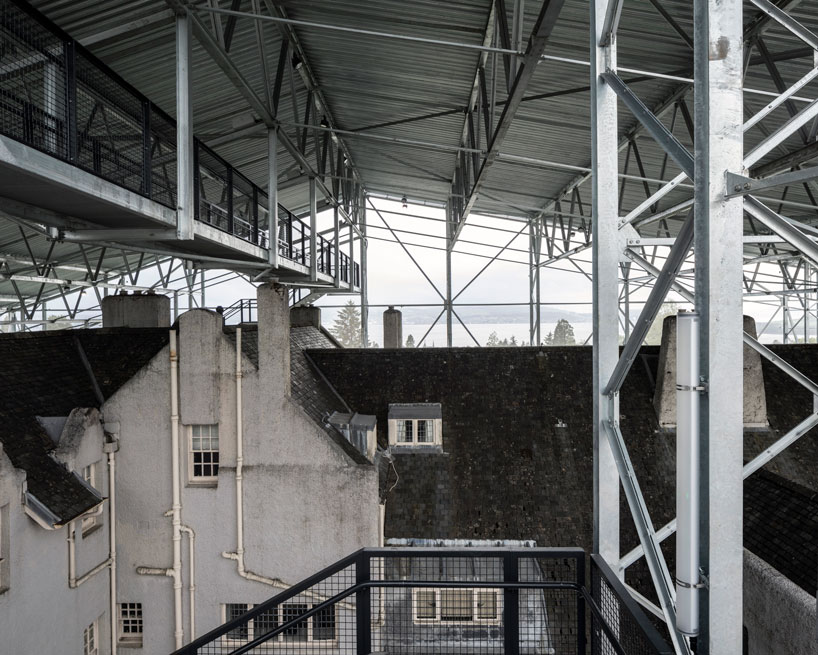 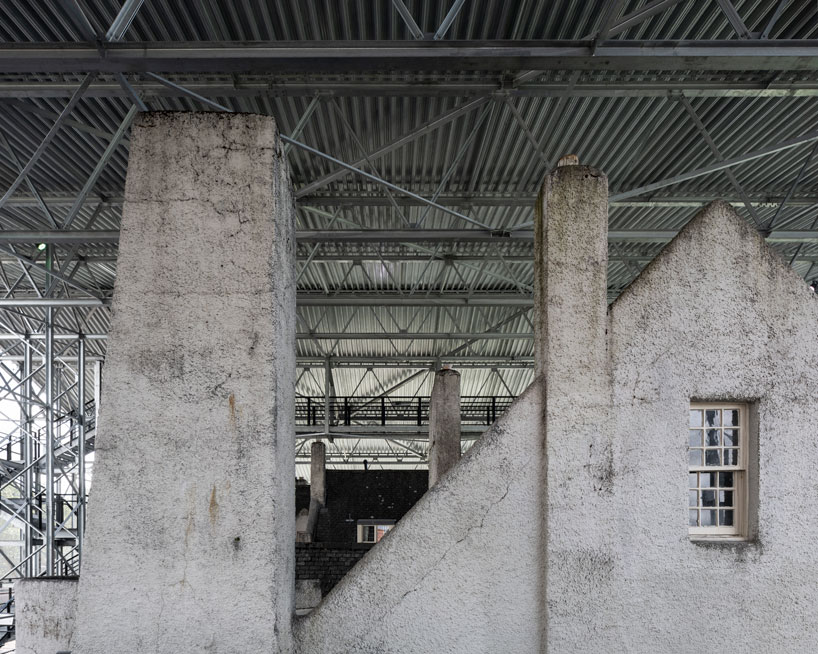 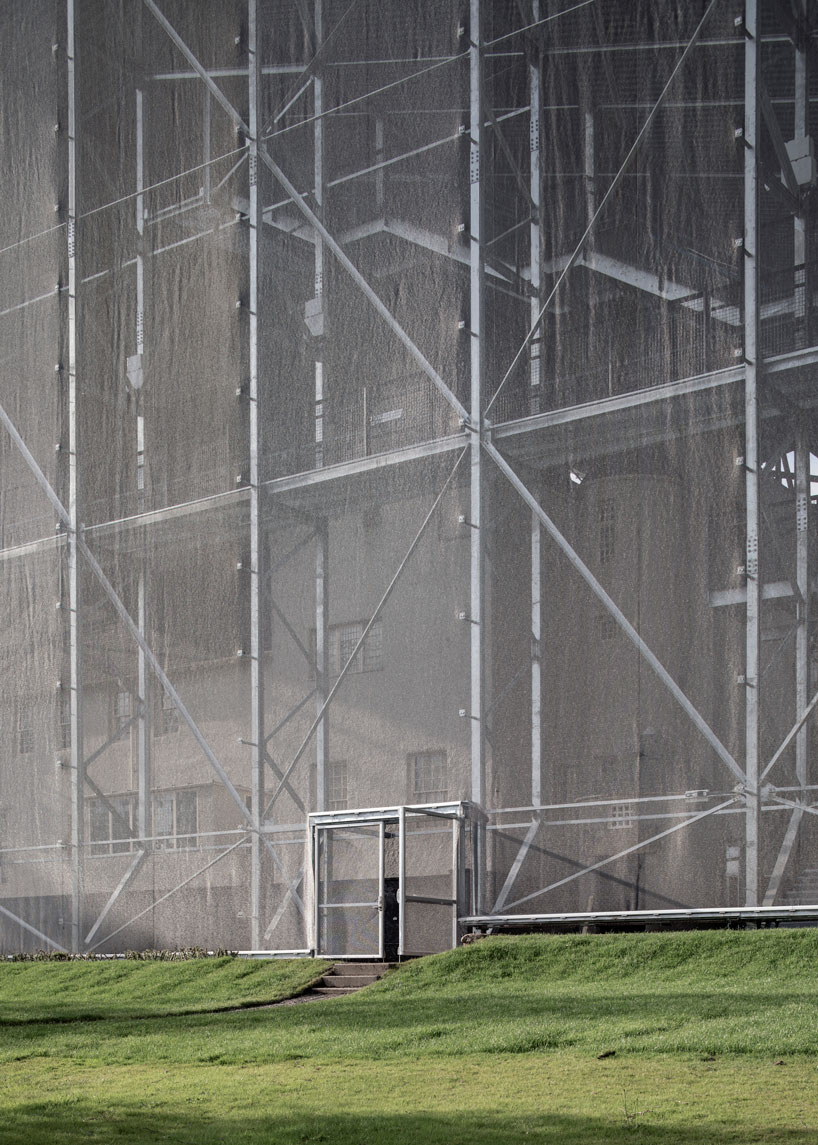 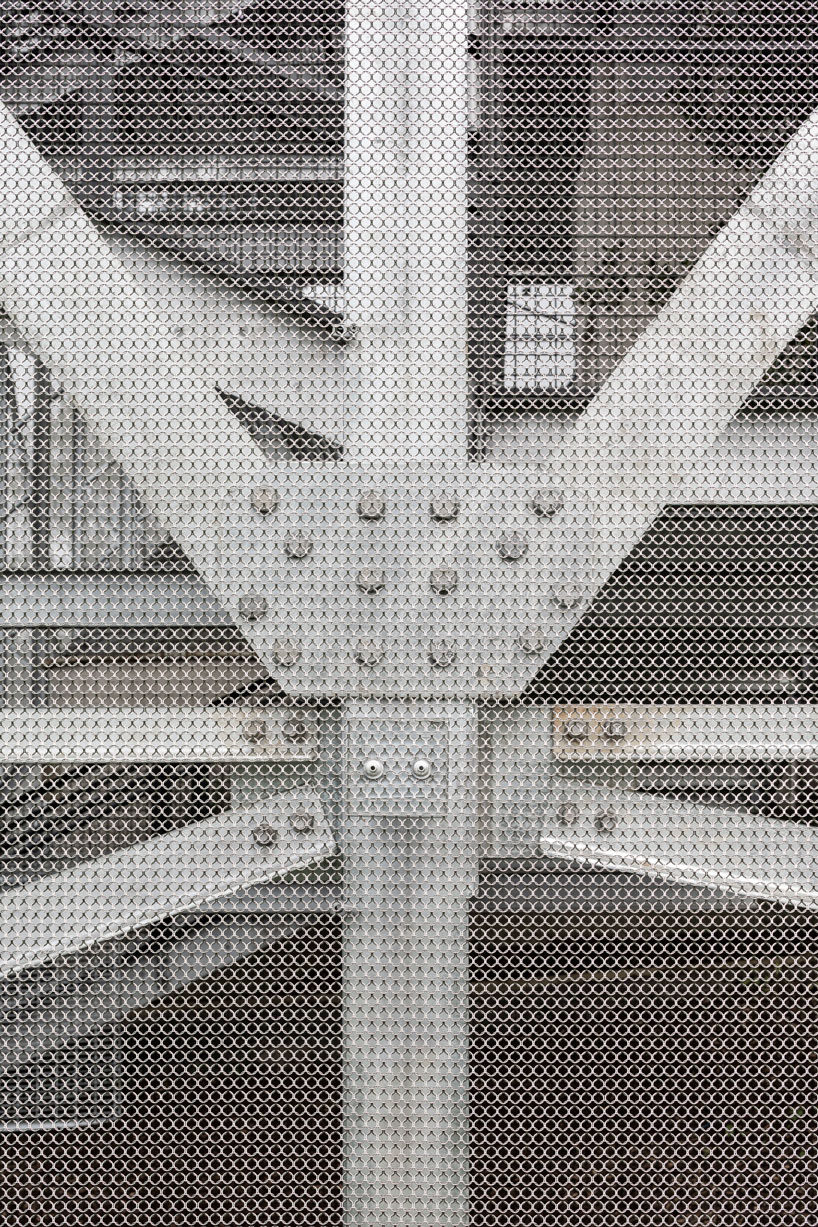 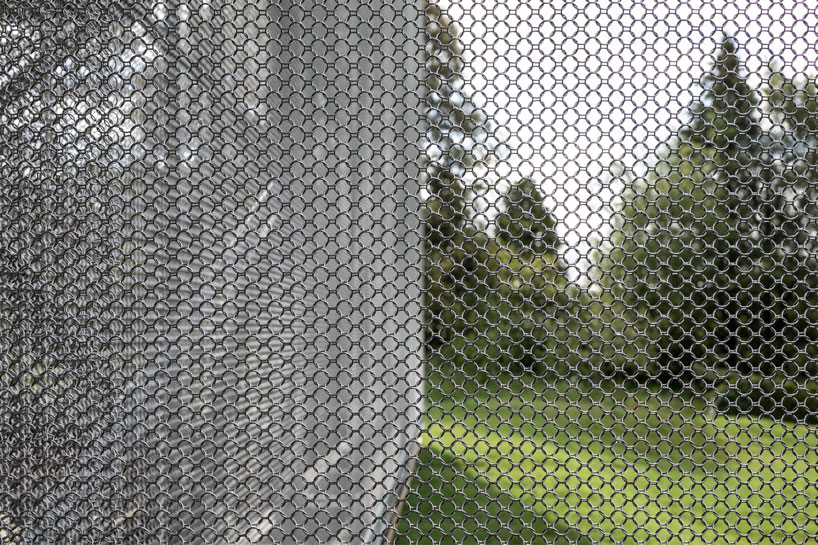 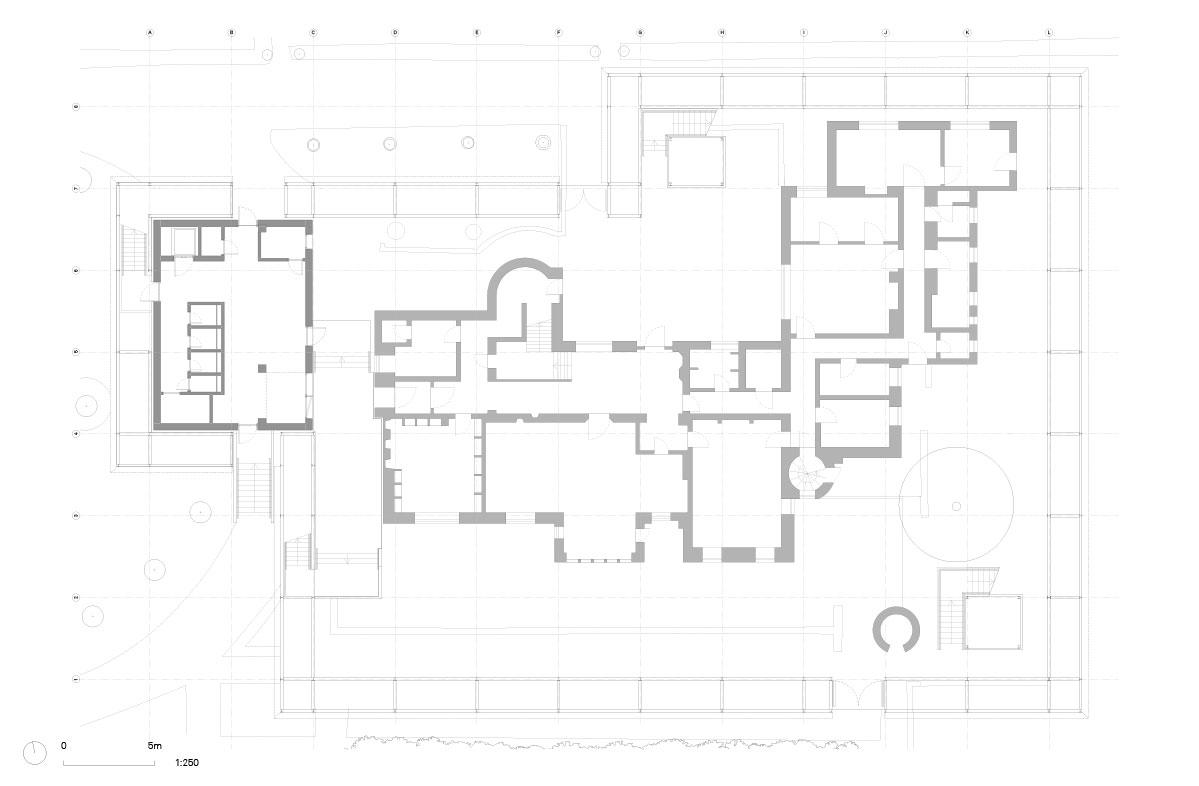 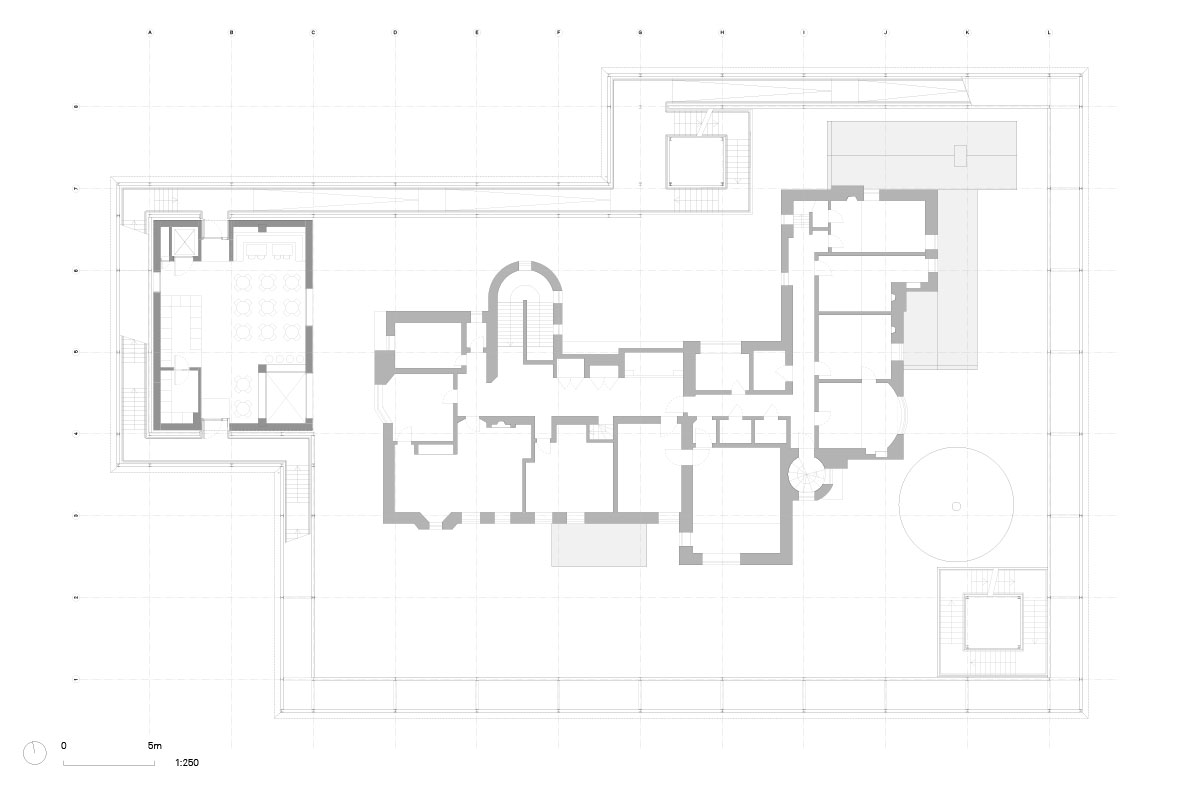 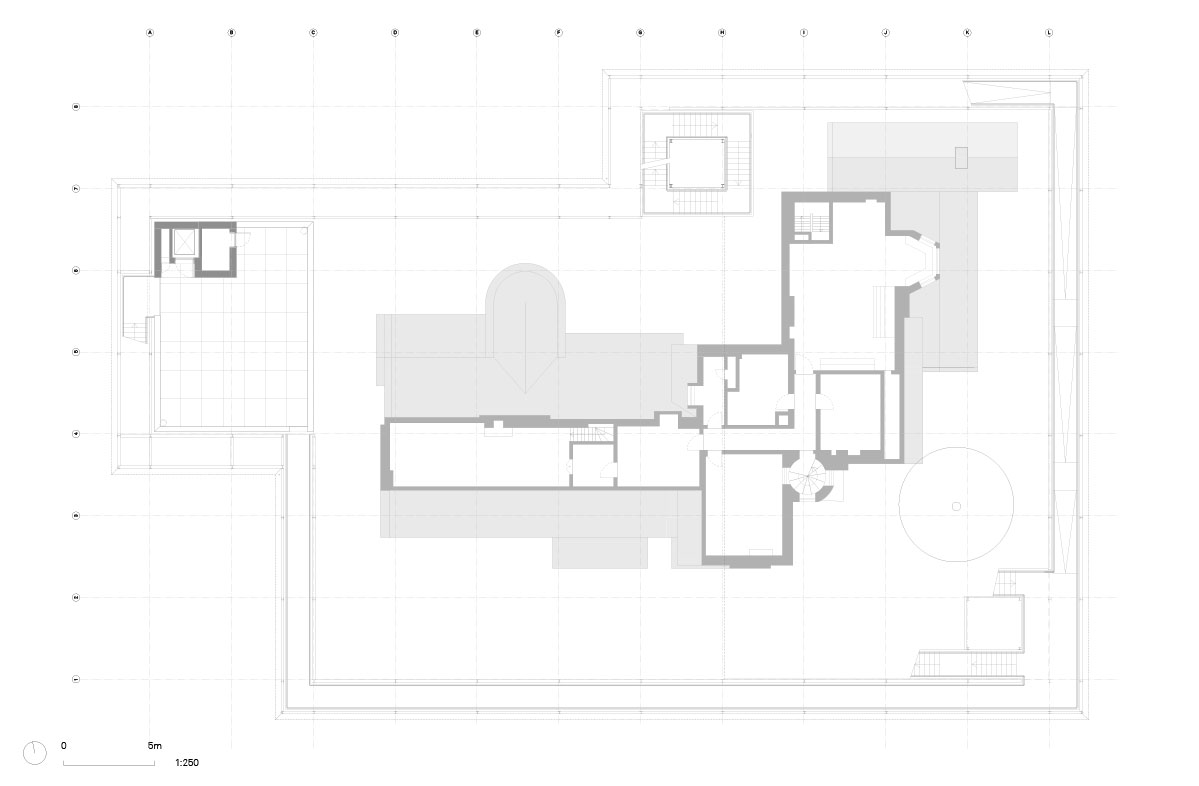 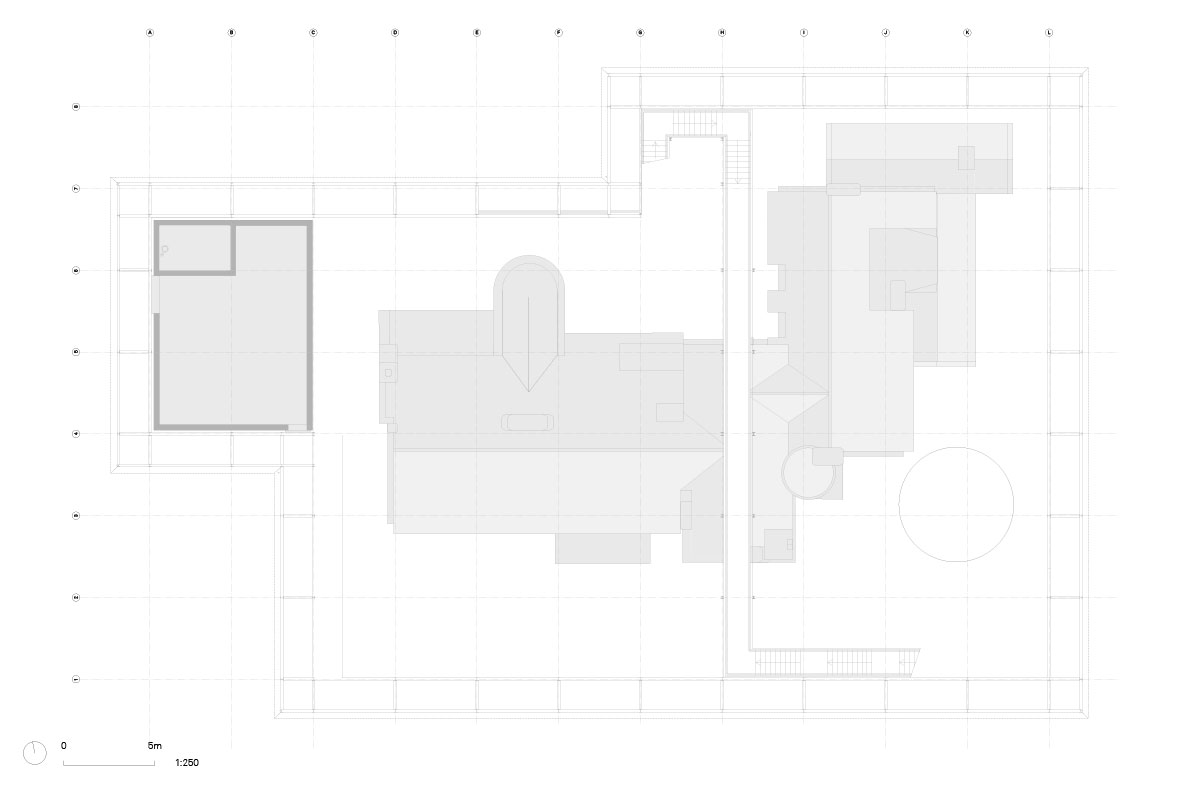 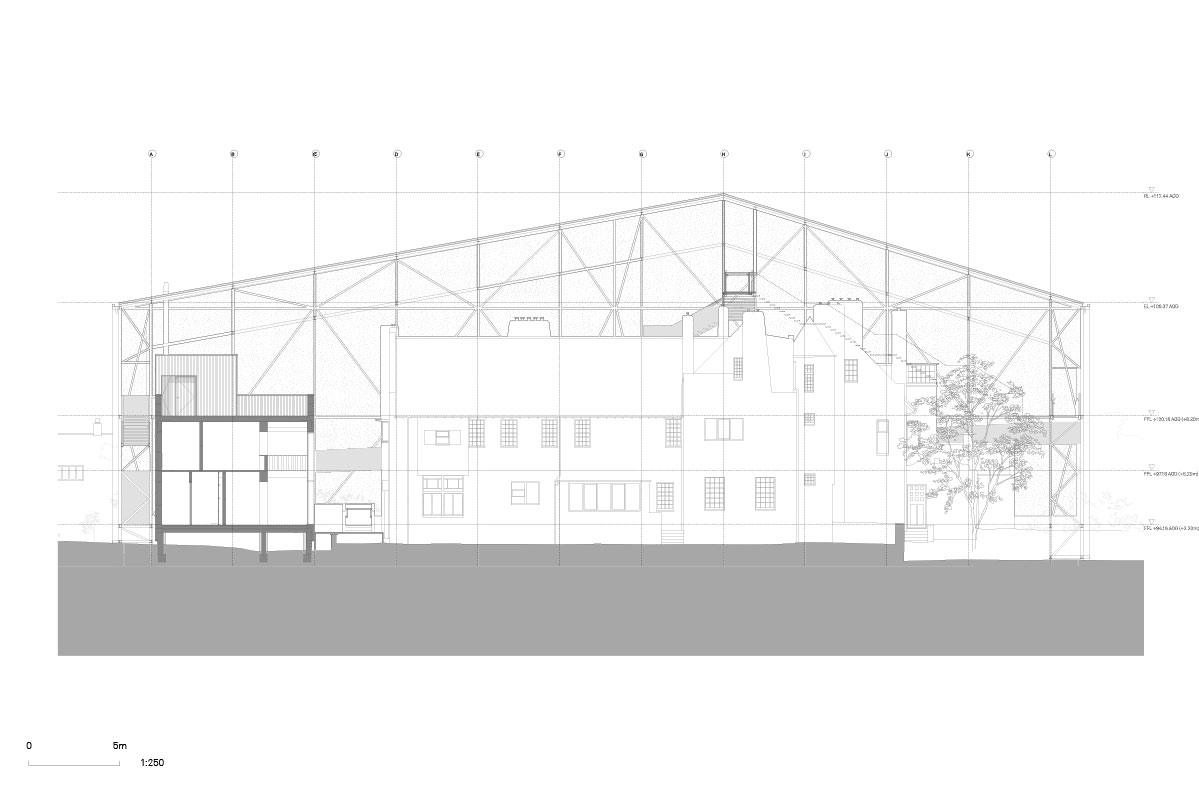 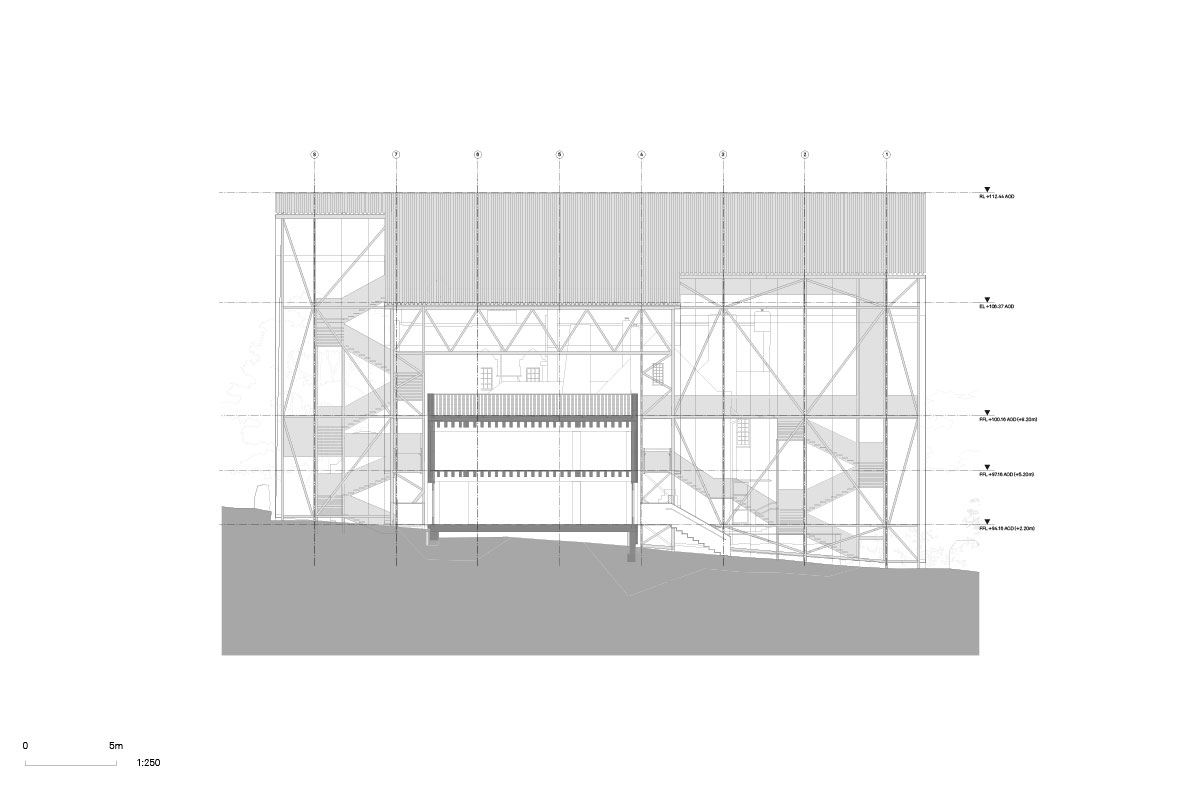 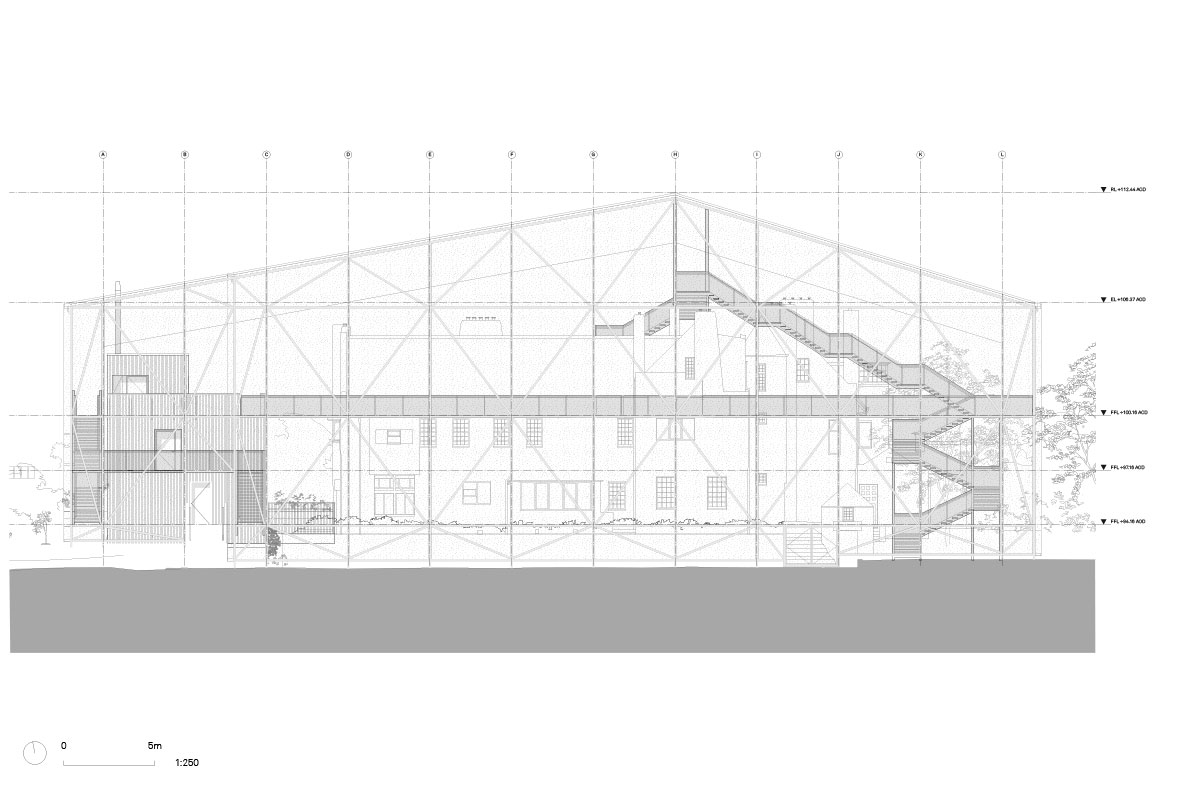 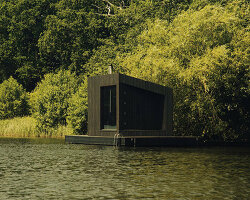 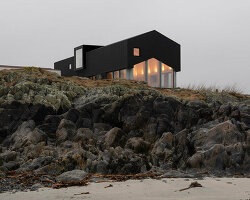 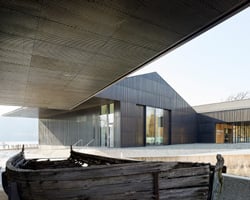 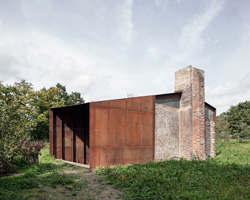