for this year’s la biennale di venezia, german artist thomas demand and london-based practice caruso st. john architects have designed and built a fragment of a full scale mock up of ‘nagelhaus’, a project led by the team that is currently under process in zurich, switzerland. located in escher wyss platz, an important section of the city’s transport infrastructure, ‘nagelhaus’ pays homage to a story affectionately referred to as the ‘stubborn nail’ from chongqing, china.

in 2007, private home owners in chongqing held out against all odds in their small house while developers demolished the grounds and city around them. while the house in china did not last, ‘nagelhaus’ brings back its essence as two modest buildings tucked into a small site under the zurich’s road viaduct. the structures ironically look as if to have been carefully tailored to fit into the precise topography, or as if they were a part of a street that once stood before, appearing as stubborn fragments of the past that refused to be changed by the developing area.

the project as it stands in venice exhibits a similar stubbornness. at the corner of the exhibition space, the structure seems to be gigantic, awkward and disconnected. a pre-existing air duct seamlessly pierces through one side and continues on the other end. the build itself channels a stage set feel, its thin pre-fabricated facade not hiding the fact that the house is hollow and propped up with a simple wooden frame. 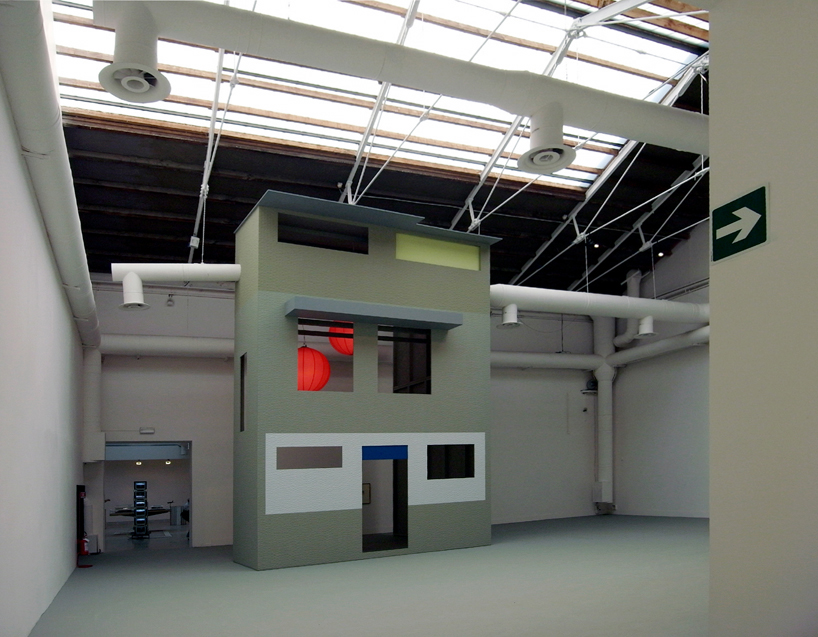 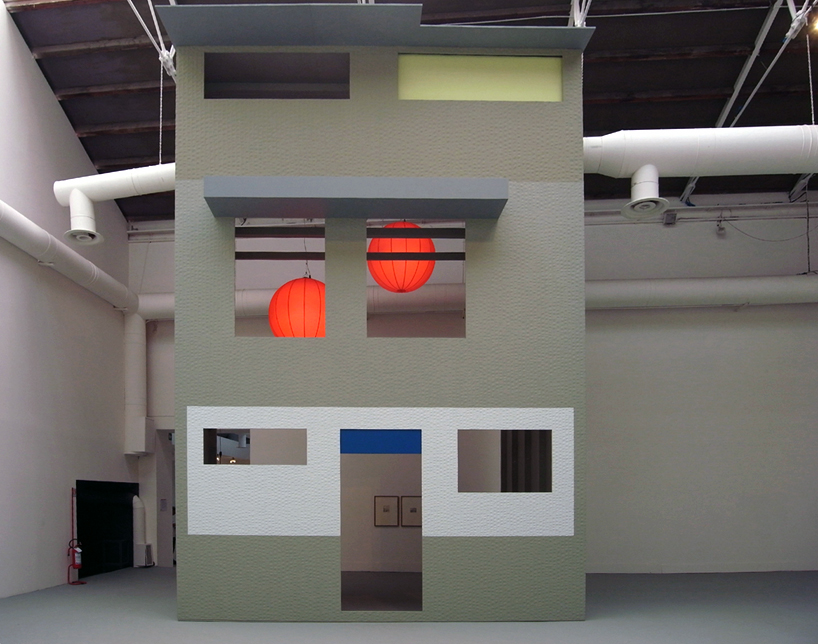 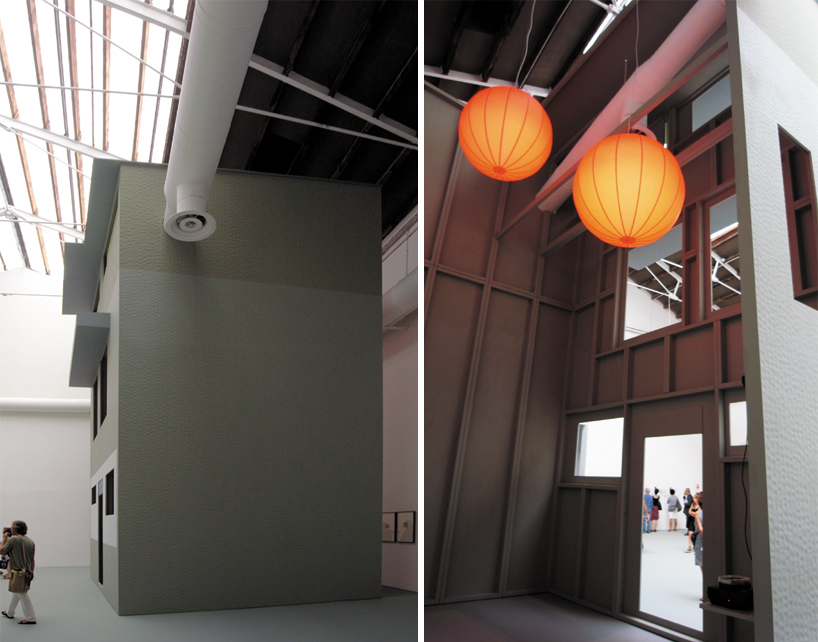 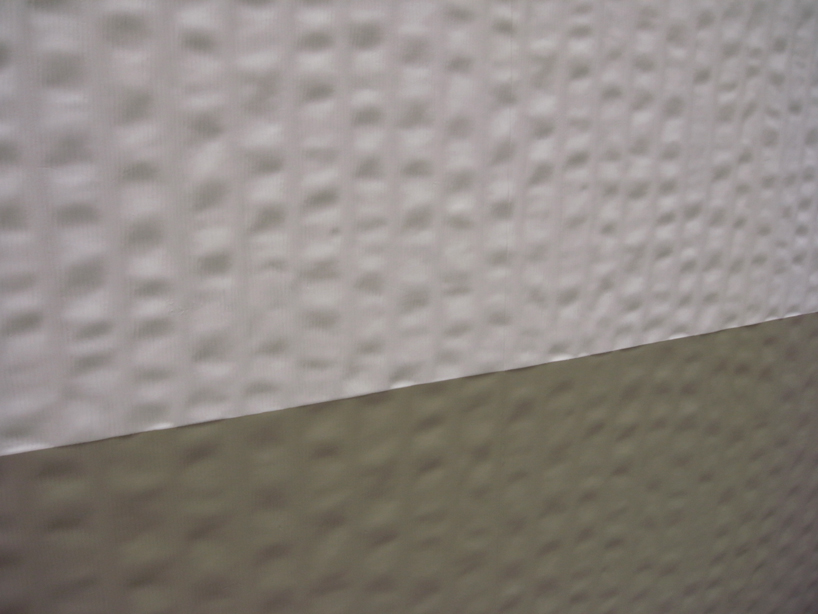 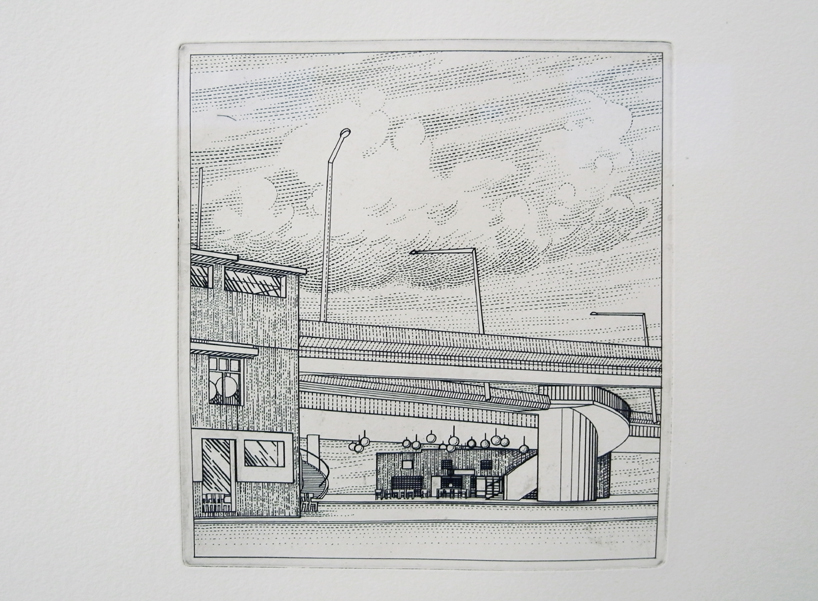 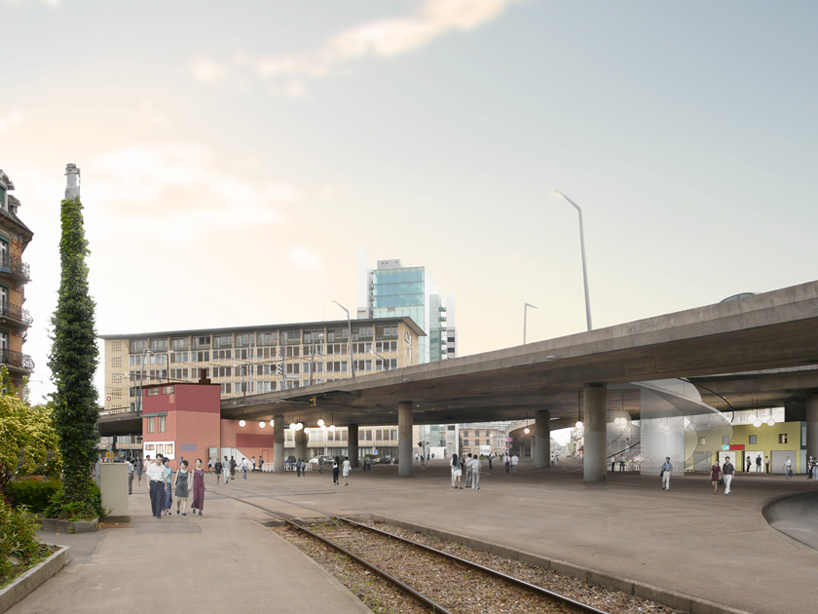 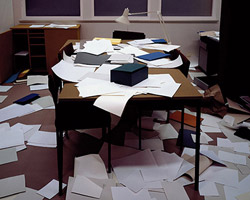 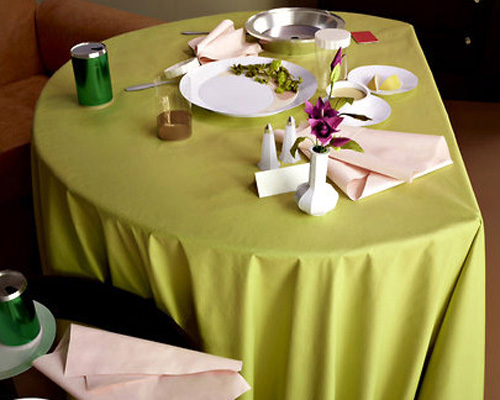