fukuoka-based architecture practice CASE-REAL (koichi futatsumata) has sent us images of  ‘white dormitory for il vento’, a renovation project on an old vacant house on teshima island, japan. conceived as a dormitory for the restaurant staff of il vento – a creation by german artist tobias rehberger for the 2010 setouchi international art festival – the design maintains the original identity of the traditional structure while creating a modern interior space that revolves around a central courtyard. 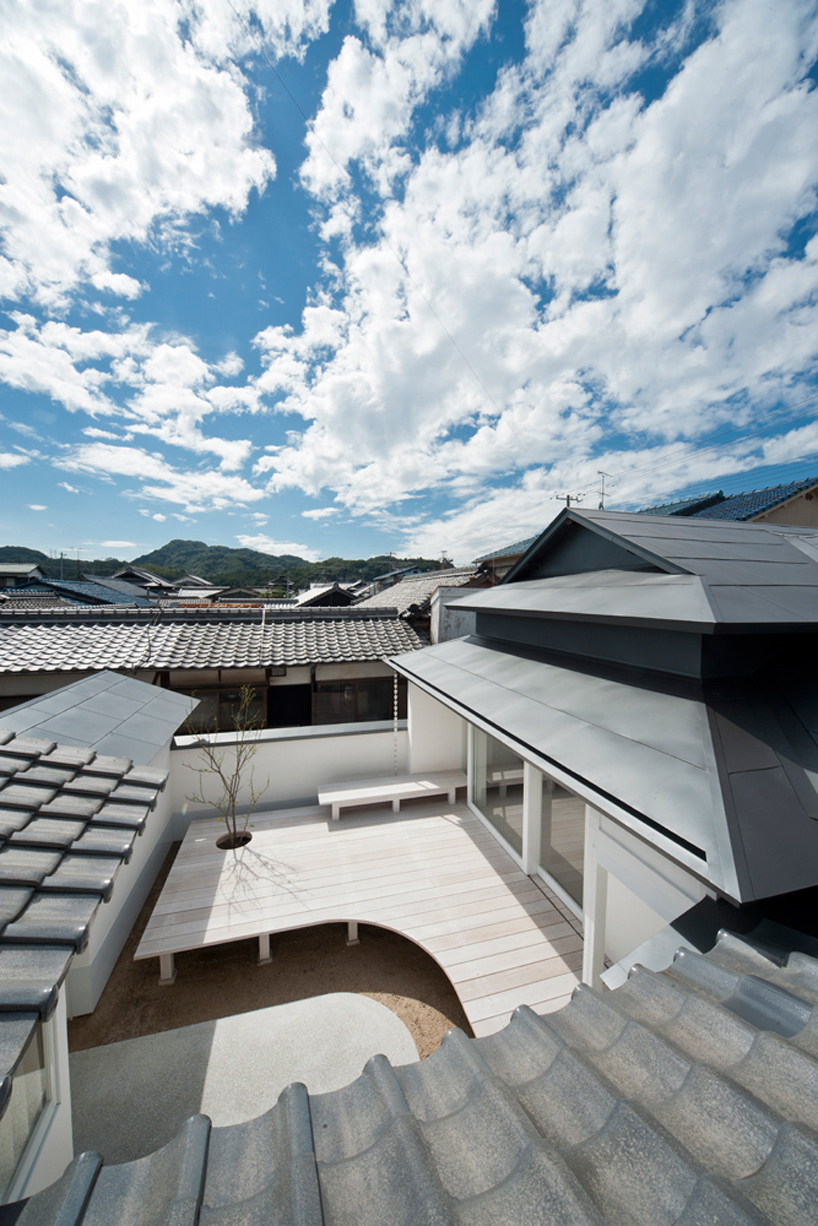 as a response to the area’s depopulation, the project is a practice in making the most out of vacant houses while leaving the established aesthetic of a neighbourhood intact: the deteriorating roof, while replaced, mimics the basic form and colour of the original form while the small facade facing the street was left untouched. on approach, the renovation done to the house is virtually invisible until one enters the courtyard which has been outfitted by an elevated terrace. finished with white-washed wood panels, this outdoor platform reads as a continuous floor from the interior, establishing the courtyard as an extension of the dormitory itself. 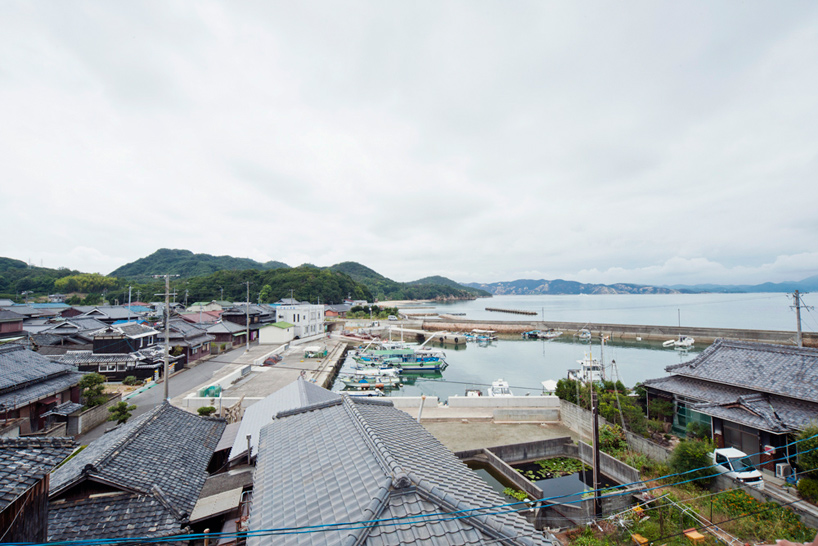 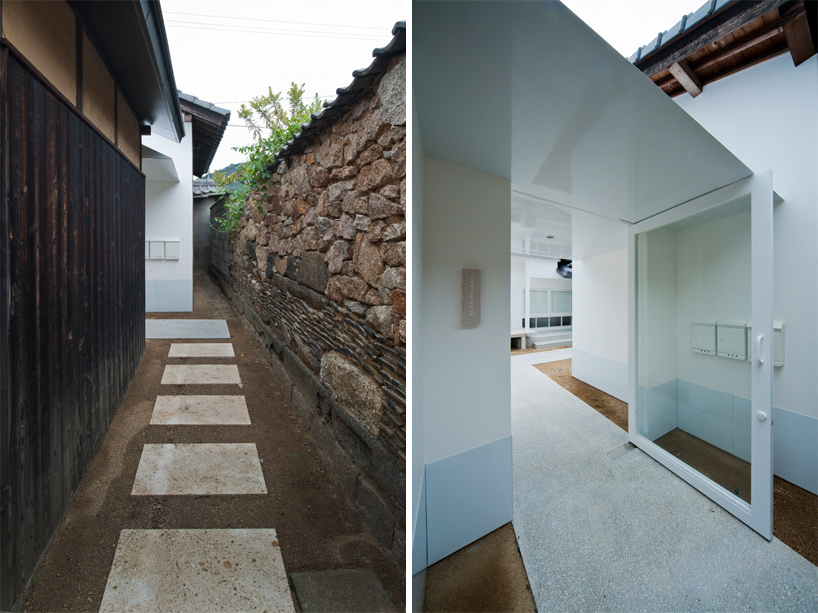 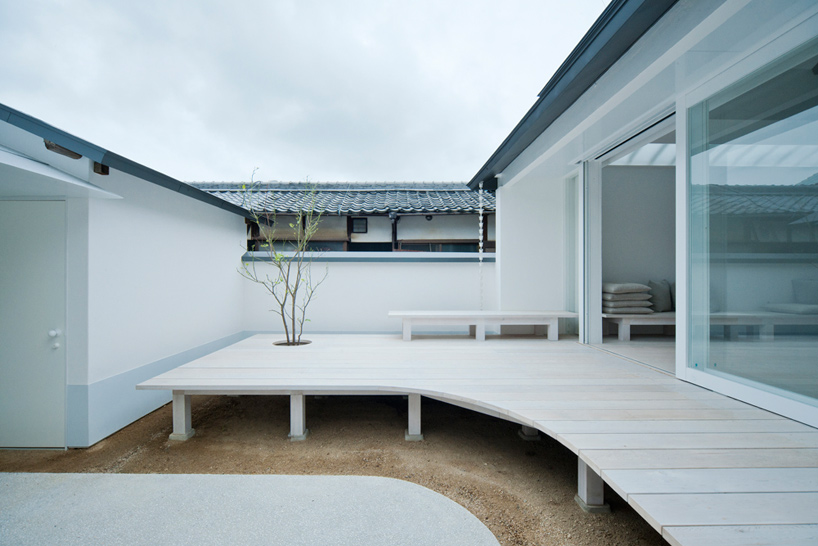 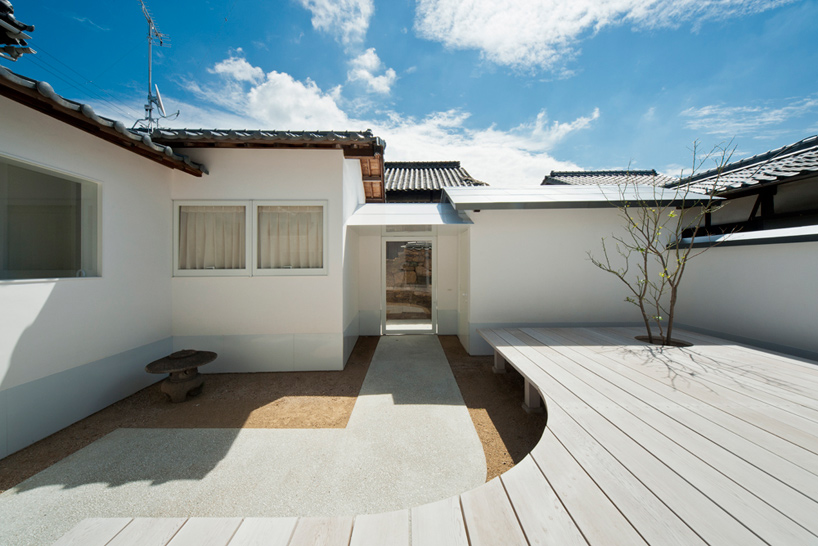 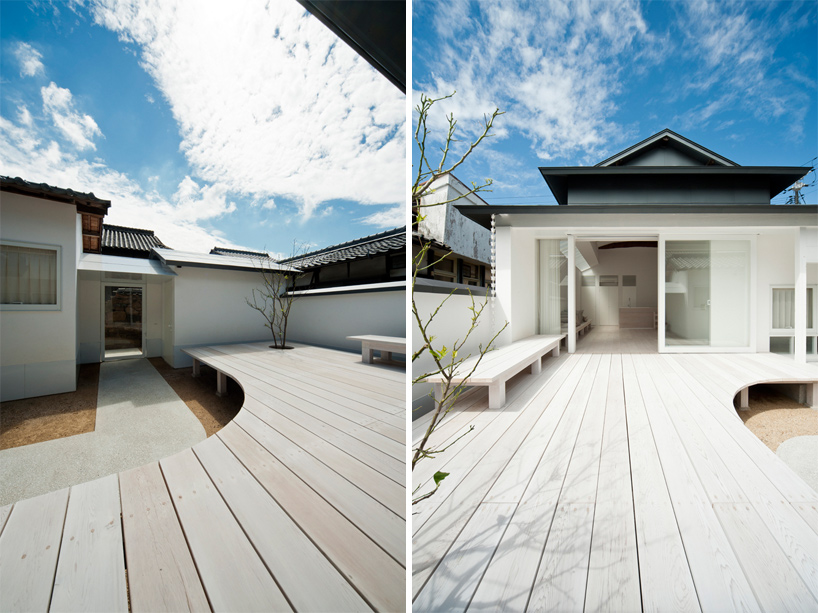 providing three private rooms outfitted with individual showers and kitchenette, the layout establishes a level of privacy and autonomy between inhabitants. a communal lounge space with a high pitched ceiling is accessed by walking through the outdoor courtyard which serves as a buffer zone between private and public programs. the positioning of the rooms results in a design that provides a small village-within-a-village arrangement. 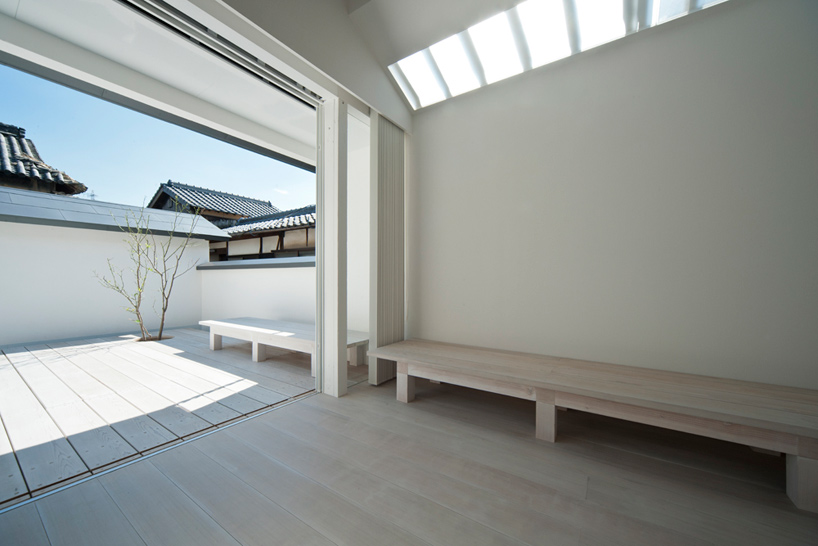 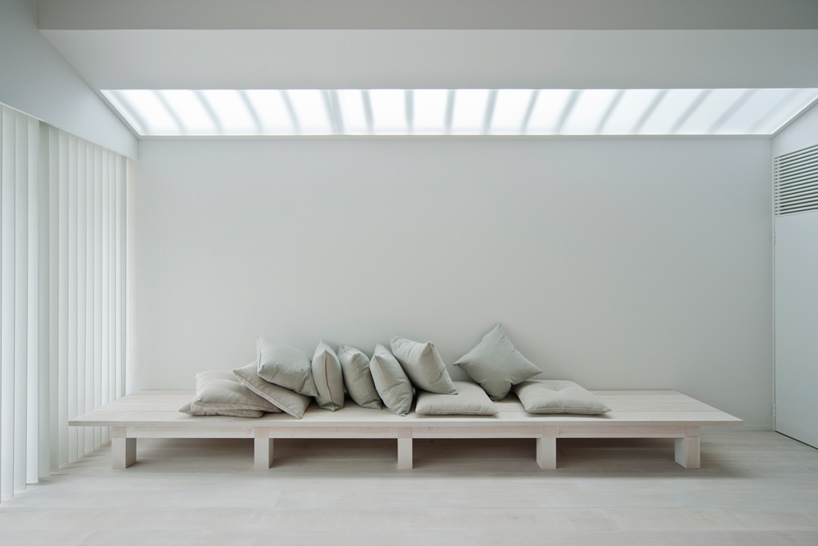 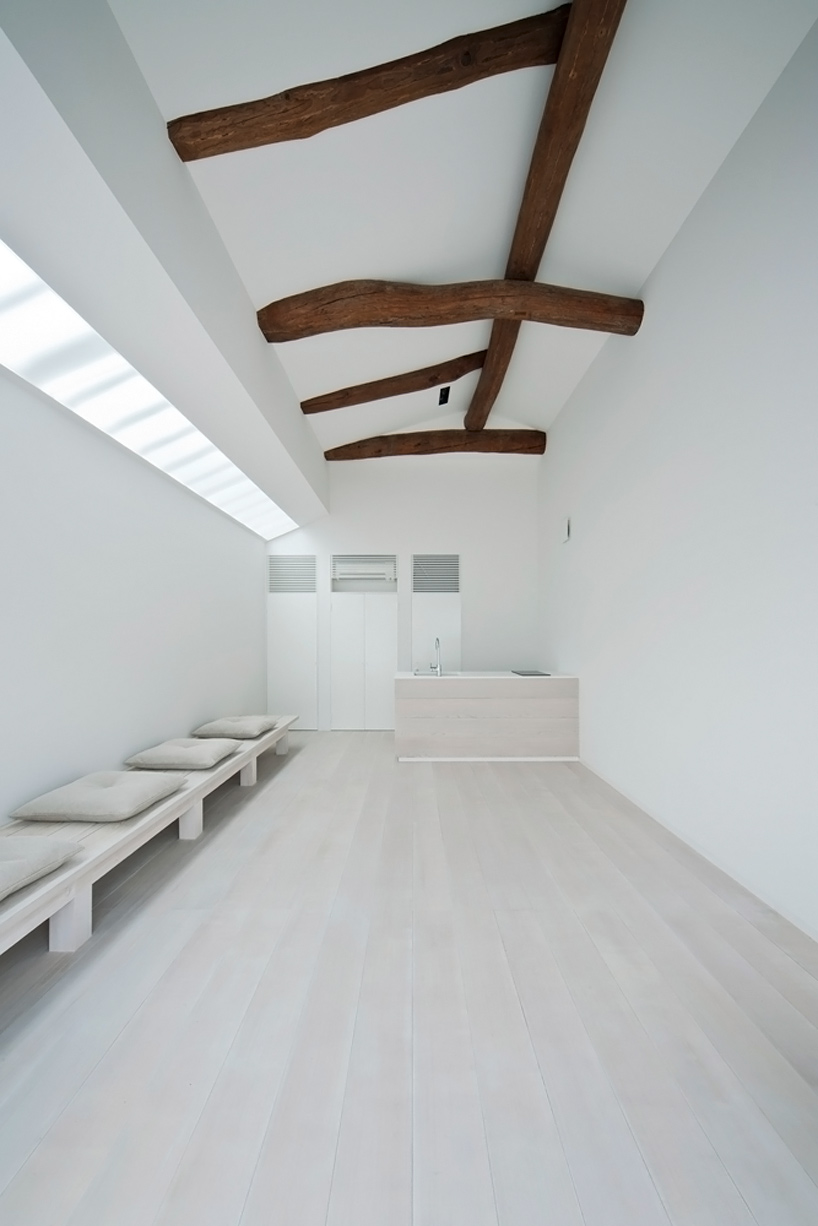 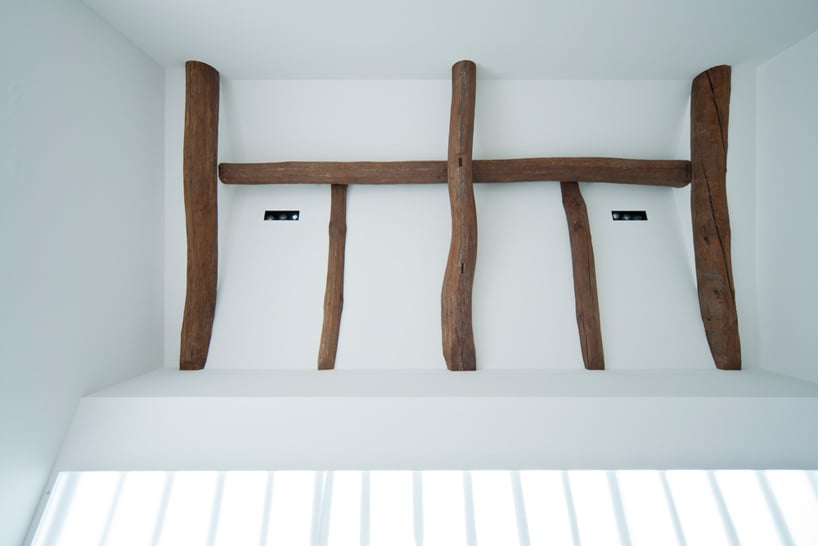 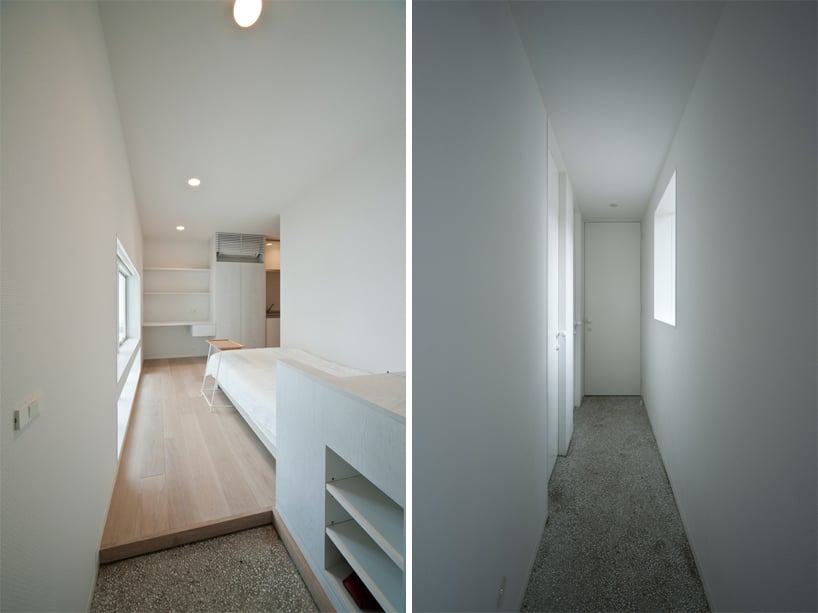 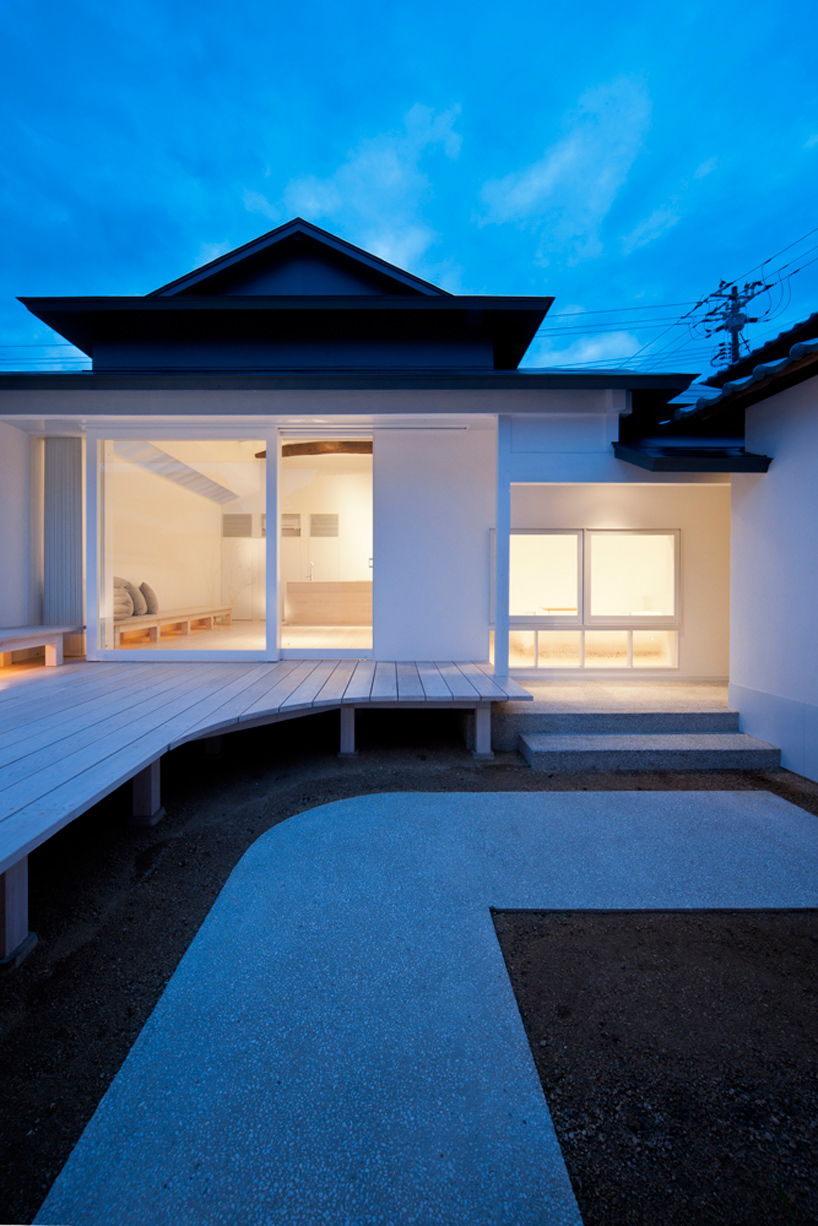 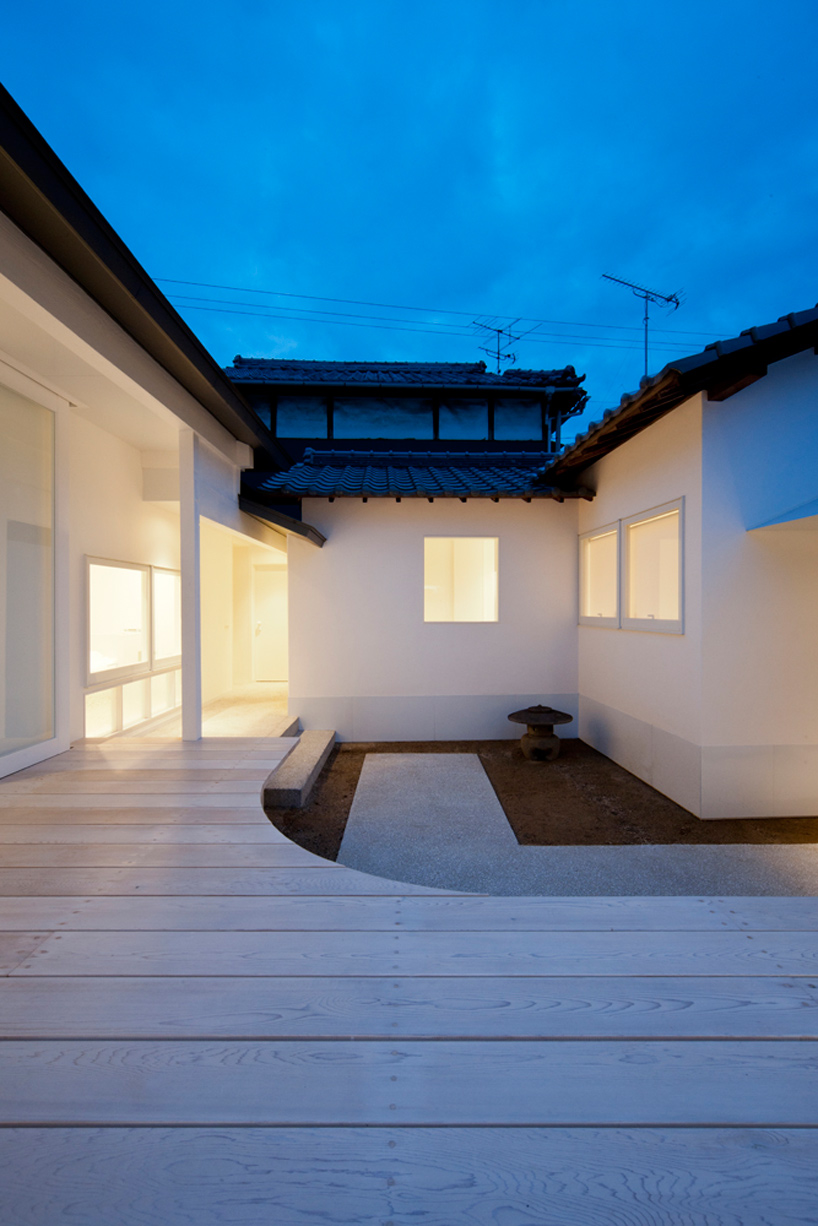 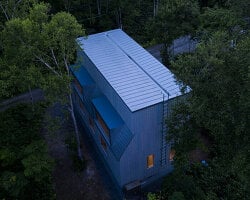 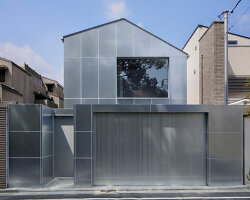 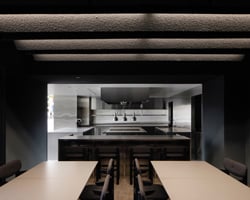